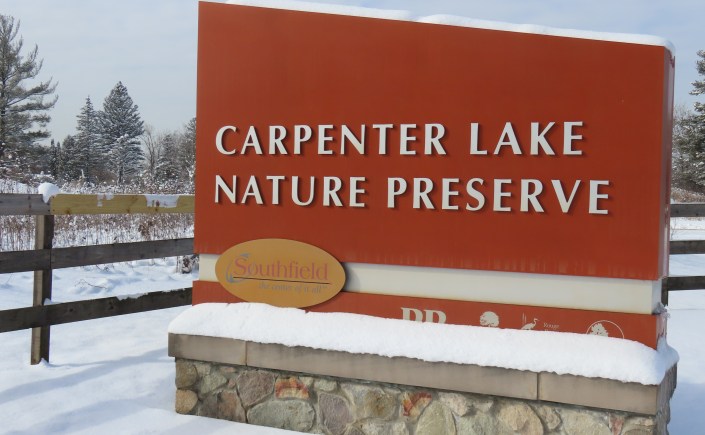 Oakland County communities, park agencies, and nature conservancies have a strong history of creating and protecting parks and trails that offer increased opportunities for healthy and sustainable livelihoods. That’s an excellent benefit of life in Oakland County, since it is well known that natural areas refresh us and breathe life into our cities. Even marginal spaces that are not connected to more expansive wildlands tend to make people happy, and happy people experience significantly higher well-being.

Here’s how the city of Southfield describes itself:

“The City of Southfield is not only Michigan’s premier business address, but also one of the metro area’s most desirable residential communities as well. Southfield offers a complete living community, featuring a nationally recognized public school system, 10 colleges and universities, and more than 780 acres of park land. Located in Oakland County, with easy access to most metro area expressways, Southfield – The Center of It All™, offers both a cosmopolitan, culturally-diverse residential population of more than 76,000 residents and a thriving international business community. With a daytime population nearing 175,000, and over 27 million square feet of office space, Southfield is truly Michigan’s undisputed business center. Residents and businesses alike come to Southfield for its central location, excellent city services and easy access to all of southeastern Michigan. Come see today what Southfield has to offer!“

The last sentence caught my attention, so I decided to see what highly urbanized Southfield had to offer in the way of an easy, accessible natural area on a snowy winter’s day. One of their green space wildlands is the 44-acre Carpenter Lake Nature Preserve. I had the pleasure of meandering the site last week after a significant snowfall and left with the feeling that Carpenter Lake is perhaps the heartbeat of the neighborhood. The preserve entrance is on 10 Mile Road, just east of Inkster Road and just a few minutes from the northern fringe of Detroit.

I paused for a moment just inside their entrance road to review their detailed trail map and admire evergreen boughs weighed down with snow. Then it was time to continue on for a few hundred yards past a ‘garden of boulders’ to their parking area and let the adventure begin.

After reading the posted information at the trailhead, I set out for what turned out to be a two hour trek along a basic trail system that is only one mile long from the park entrance to the dam at the south end and back again. Is one mile in two hours a slow-paced hike? Absolutely! But it was not really a hike, it was a meander of solitude in a near magical wintry landscape with so much to see and so many wildlife tracks to examine. Near the end of my exploration, I was also well rewarded with a surprising, rather stunning encounter that I would have surely missed if I had hustled along. Walking slowly, stopping often and just listening and looking about was the way to go.

My fondness for trees is deep-rooted, perhaps yours is too, and the woodlands of the nature preserve had me reminiscing. Ever since I was bare-footed toddler running under trees and through our meadow in rural Connecticut, I have needed a daily ‘fix’ of embracing nature. I am glad my nature addiction continues, and happy a like-minded, nature exploring partner joins me for many trail adventures. Shared adventures become memorable and two sets of eyes often see more than one. There is a wealth of literature expressing that the experiencing of nature is profoundly important for physical and mental health and happiness. I agree, and Nature.org emphasizes that we have significantly less mental distress if we live near or explore within wildlands and green spaces.

Red fox and deer tracks were abundant on and near the snow covered trails. Apparently both species are well adapted to this relatively small wildland that cradles the east shore of five-acre Carpenter Lake and is surrounded by homes. As I knelt to look at the tracks of a white-footed mouse that had bounded through the snow I listened to a Red-bellied Woodpecker pound away on a dead tree just yards from me.

I tried to guess what the snow-covered, trailside interpretive signs were featuring before brushing off the snow to read the text. I was pleased I guessed correctly at the first one that shared the story of a vernal pond; a common wetland feature throughout Oakland County. Vernal ponds are shallow ephemeral bodies of water that usually dry up totally in summer but fill again each spring from rain and snow melt. They add richness to all natural habitats and are critical fish-free breeding areas for salamanders and wood frogs.

The preserve’s Lake Plains Forest interpretive sign was especially attractive, and served as a needed reminder to me that nature’s way is very much alive even in urban areas on the southern fringe of Oakland County. The snow that clung to the rough bark of the black cherry and shagbark hickory trees added subtle, eye-catching beauty to the splendor of the woodlands. I am sure that in spring this oasis of life will be rich with wildflowers and migrating songbirds.

I found myself stopping again and again just to look around and listen, and was delighted that the sounds of traffic could not be heard; just the subtle music of nature—wind rustling dead leaves of beech trees that won’t fall until spring, the song of robins, and a faint booming sound that might have been coming from ice-covered Carpenter Lake. I suspect birds and deer listened to the crunching of my boots on crusty snow under the fresh blanket of snow as I trudged along.

I meandered off trail to explore the bluff above the lake, and then descended the very icy, snow-covered steps to reach the lake’s official overlook. I did manage one rather drastic slip and fall that sent a few perched birds into flight and a squirrel scurrying. After brushing snow off myself, I brushed snow off the sign and took delight in the peaceful solitude.

Carpenter Lake is a manmade impoundment of the Ravines Branch of the Rouge River. Come spring, I am sure it will host waterfowl of all sorts and Great Egrets and Great Blue Herons will fish in its shallows. A few dead trees near the lake with hollow sections would be ideal homes for wood ducks as well. Largemouth bass, channel catfish, bluegill, and sunfish all live in the lake, and park guests are encouraged to take advantage of the easily-accessible fishing and viewing platforms.

After about 15 minutes of admiring the view from the lake overlook, I headed for my next destination—the southernmost tip of the preserve. That section has a small meadow that added to the diversity and quality of the preserve’s habitat. A lone Dark-eyed Junco was perched at the edge of the meadow not far from a robin that had its feathers puffed up against the cold. I snapped a few photos of both birds before hiking on.

It was not until I got home and looked closely at the junco photo that I noticed its colors seemed a bit off from what I considered the “normal” colors I see on juncos that hop about under my bird feeders. I shared the photo with knowledgeable birder friends and was very excited to discover that I had photographed an Oregon Junco, a subspecies of our commonly seen Dark-eyed Juncos.

Here’s how it’s described by The Spruce:

“The Oregon dark-eyed junco is the most widespread western plumage variation of the species. These birds are easily recognized by their black or dark gray hood contrasting with a rusty brown back and flanks, white lower chest and abdomen and gray- or black-streaked wings. The bill is a pale ivory or pink with a small black tip.  This type of dark-eyed junco can be found from the Rocky Mountains to the Pacific Coast and as far north as the southern edge of Alaska. Populations may extend as far east as the western portions of Texas, Oklahoma, Kansas, and Nebraska.“

This was a new bird for me and an uncommon visitor to Michigan! When an avid birder who has never seen one asked how I found the rarely seen Oregon Junco, I simply told the truth and said, “I looked up.”

More nature meandering took me towards a high point in the southwest corner of the preserve from where I could look down to the dam that was rebuilt in 2006. The sound of flowing water entering the creek below the dam added to the tranquility of this nature-embracing preserve.

As I started my slow hike back toward the trailhead along a different section of trail, I discovered a rustic, snow-covered ‘fort,’ most likely constructed by neighborhood children. For those kids, the preserve must truly be a magical place and perhaps their first introduction to woodlands. That thought had me smiling with the belief that their early appreciation of woodlands may transform into a lifelong fascination with nature’s way, and that bodes well for protecting our county’s wild areas.