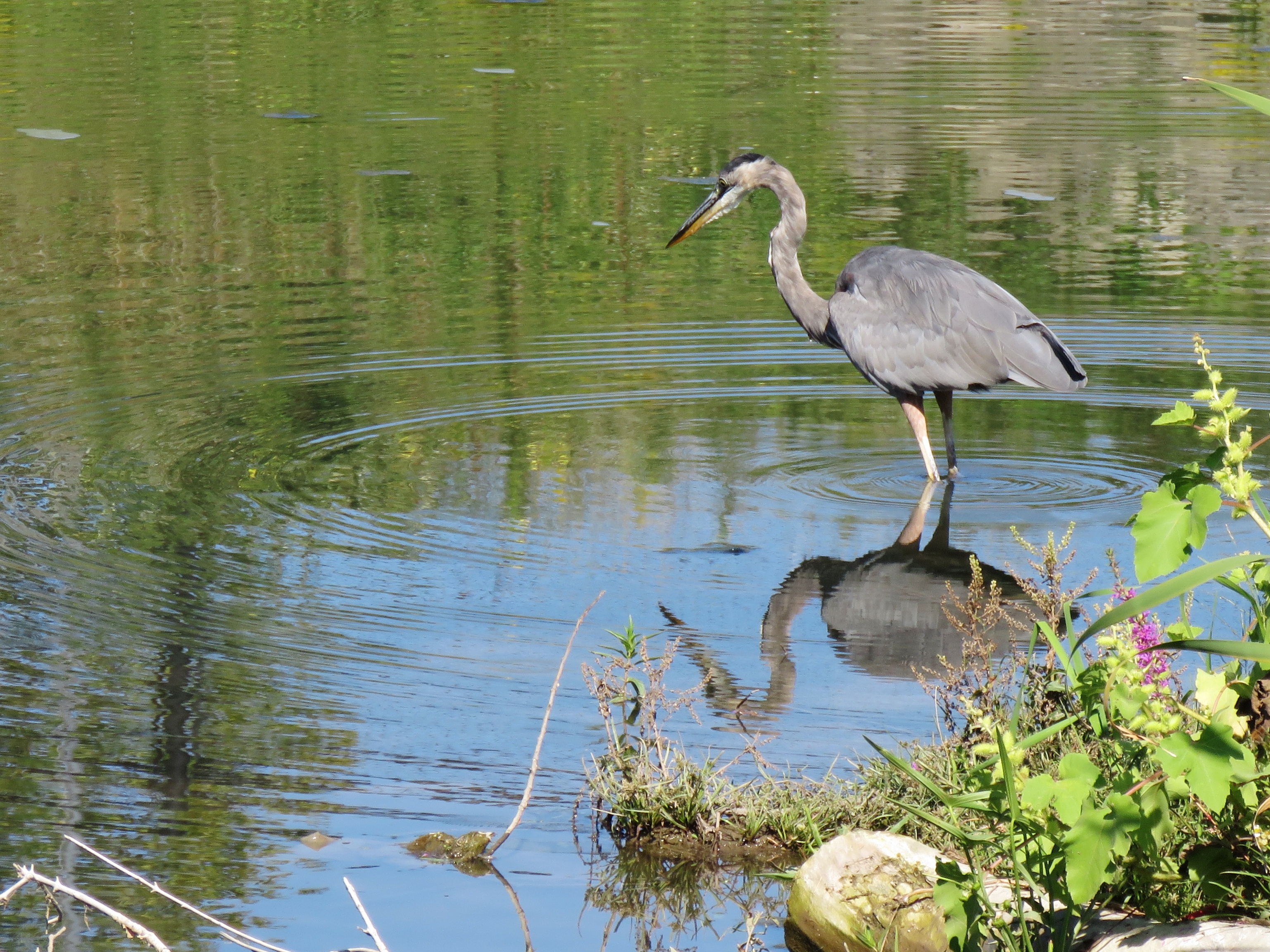 Whether poised motionlessly in the protected wetlands of Rose Oaks County Park, or along an urban creek amidst the bustle of the City of Pontiac, one thing remains certain about the Great Blue Herons: they are a majestic sight. Bird migration is well underway in these crisp days of autumn, but our Great Blue Herons, the largest and most common of the North American herons, are not going anyplace soon. Some will loiter in Oakland County into early November. Others may never leave.

Occasionally there is confusion among novice birders as to what birds actually are Great Blue Herons. They are sometimes misidentified as Great Egrets or Sandhill Cranes. Great Egrets are pure white and tend to stay near wetlands until they migrate, while Sandhill Cranes, with their unmistakable red crests, are most often seen gathering in fields and meadows prior to migration. The Great Blue Heron has plumage that is far more gray than blue, and it’s a solitary bird except during nesting season when their tree-top rookery nests become places of raucous communal living. 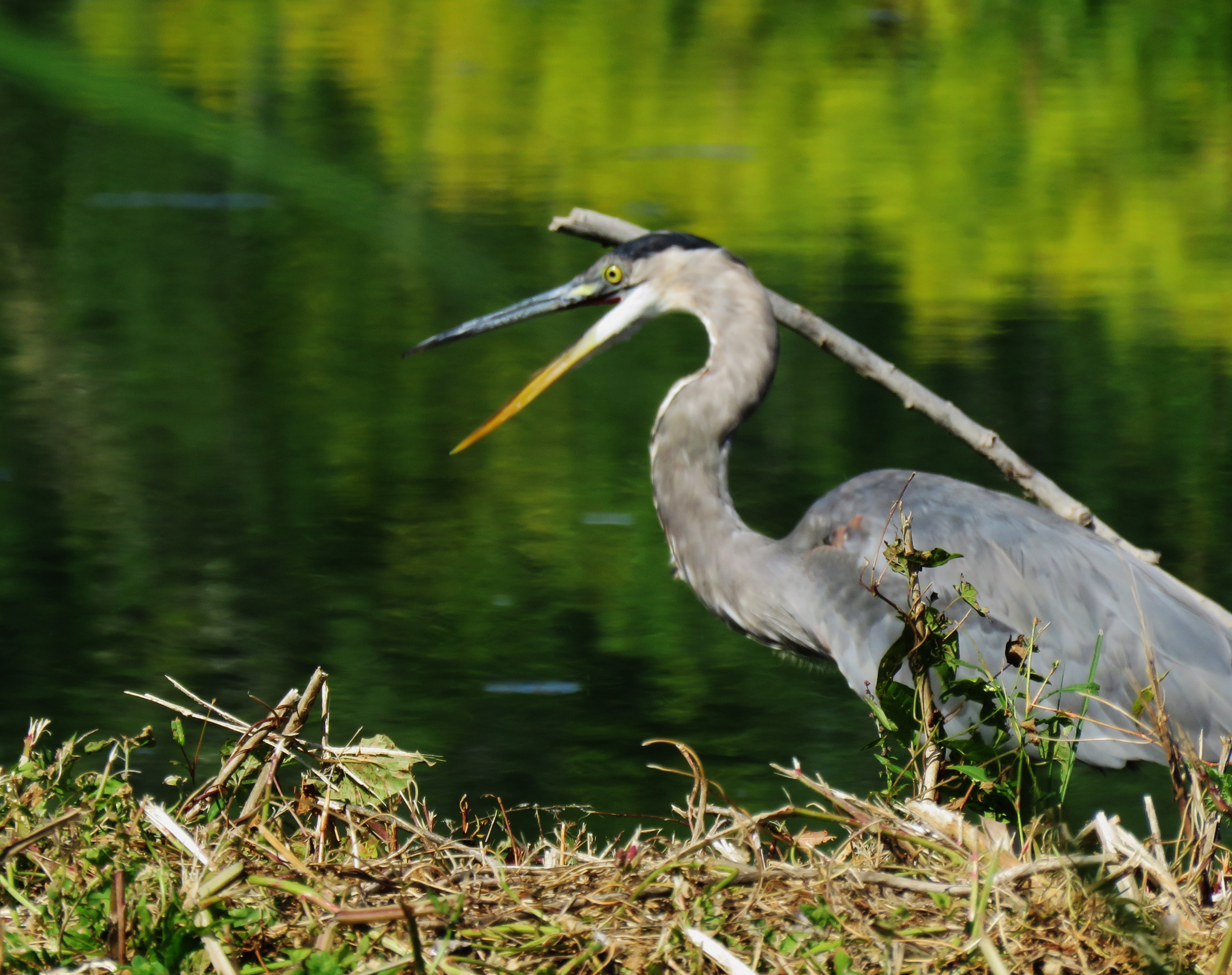 Bird migration time varies by species. Ruby-throated Hummingbirds have already departed for the nectar-rich Caribbean, perhaps detoured in flight by the force of Hurricane Matthew. Osprey too, are winging south, and carrion-seeking Turkey Vultures won’t be far behind. The answer to the delayed migration of the herons lies in the habitat and environmental conditions of Oakland County, and their adaptability when it comes to hunting prey. Looking for them in autumn while hiking wetland-hugging trails, or paddling the placid rivers that meander through the county, is not as easy as one may think. 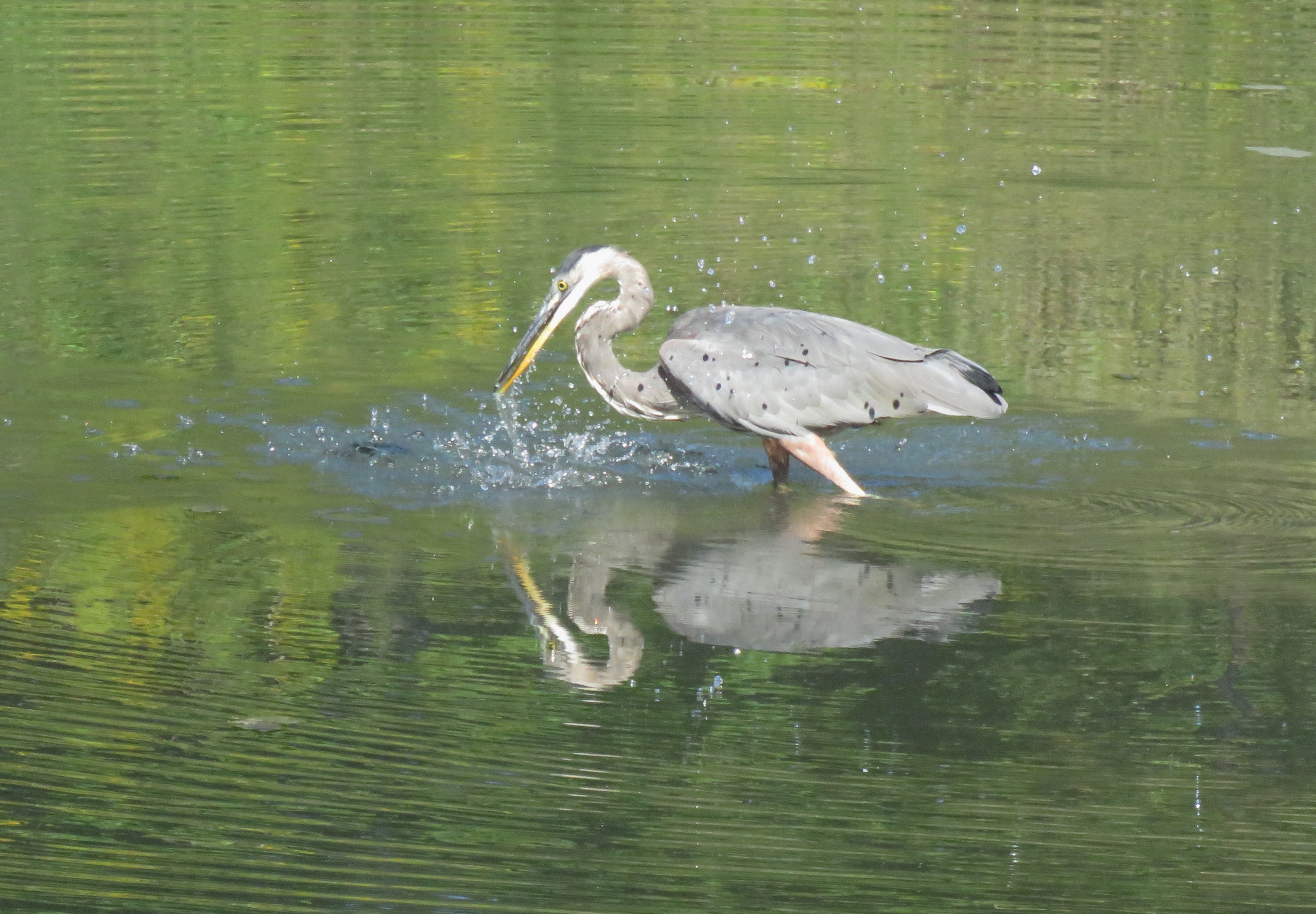 It’s easy to understand why it’s hard to spot them in autumn once we explore their fishing habits. They are masters of stealth and can stand statue-still in shallow water for very long periods of time as they wait to detect a fish. Without movement, even though they are big birds, standing four feet tall and having a wingspan that can exceed six feet, we do not notice them unless we are keenly searching for them. But once the heron moves, our eyes quickly detect that motion and then we take notice of this master predator of the avian world. Approach too closely, and the heron sounds an intruder alarm call and quickly takes flight. 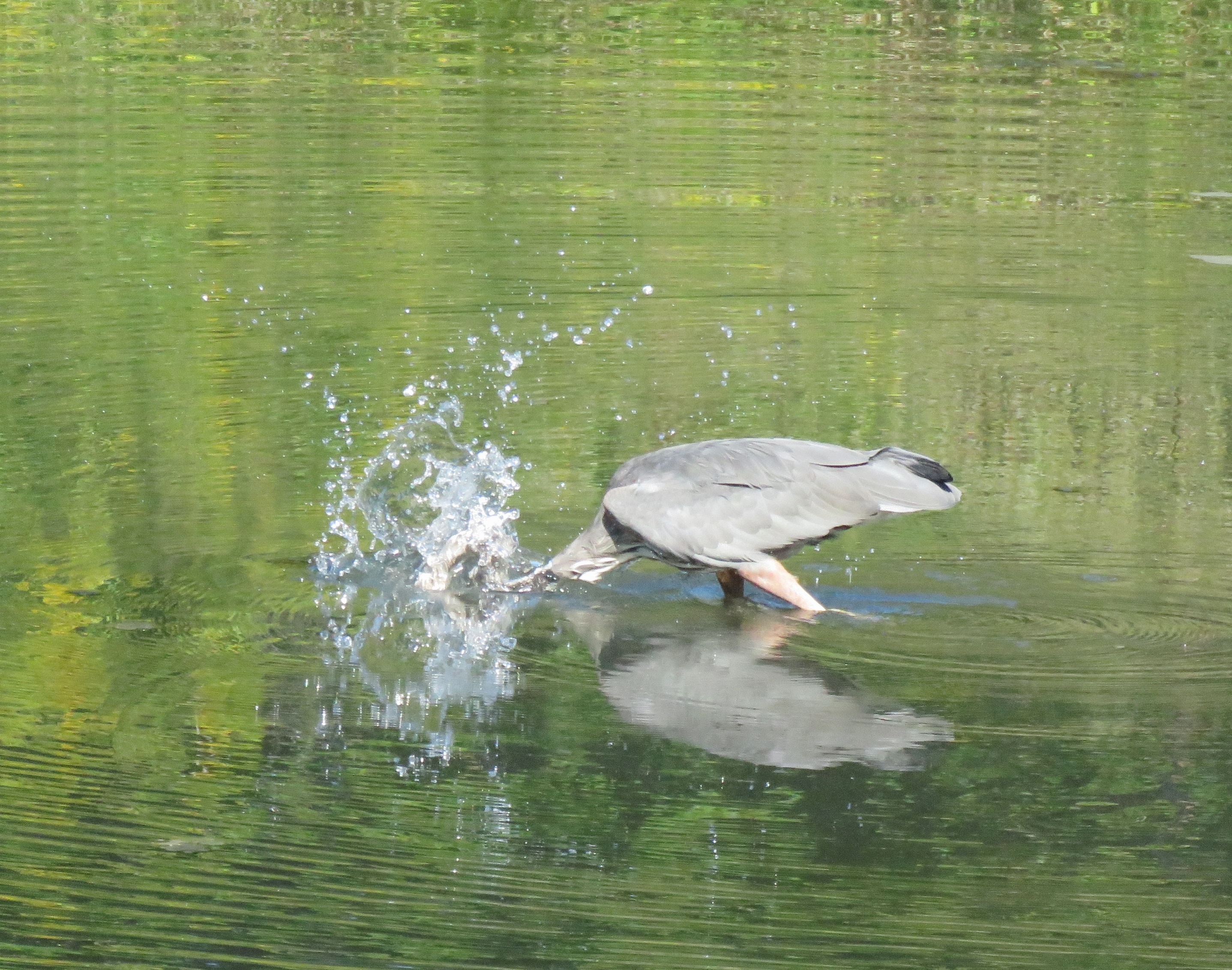 When prey passes within reach, the powerful neck explodes forward and downward in a lightning-fast maneuver. Faster than the human eye can clearly see, a “deathblow” is delivered to larger prey, which sometimes includes small muskrats. Small fish are grabbed crosswise in their bill and then flipped around to swallow whole, head first. Fish are their favorite food, with perhaps frogs a second choice. Also on the menu are snakes, crayfish, salamanders and large insects. As long as food is accessible there is little reason to embark on migration.

Their warm season menu will soon be off the table. However, unlike a frustrated fisherman that may pack up his gear and go home if fish are not biting, the great blues have a “Plan B” when ice covers their favorite fishing grounds. They adapt. Great blues are capable hunters and take their skills to the fields, meadows and even rural lawns to stalk small mammals, especially meadow voles and mice. It is not until snow blankets the land and the wetlands freeze solid that the herons go south. Some only go as far south as habitats with open water. Although no Great Blue Herons were confirmed in Oakland County last winter during the annual Christmas Bird, a 116 year old national bird survey sponsored by the National Audubon Society, sporadic heron reports occur during winter in Southeast Michigan.