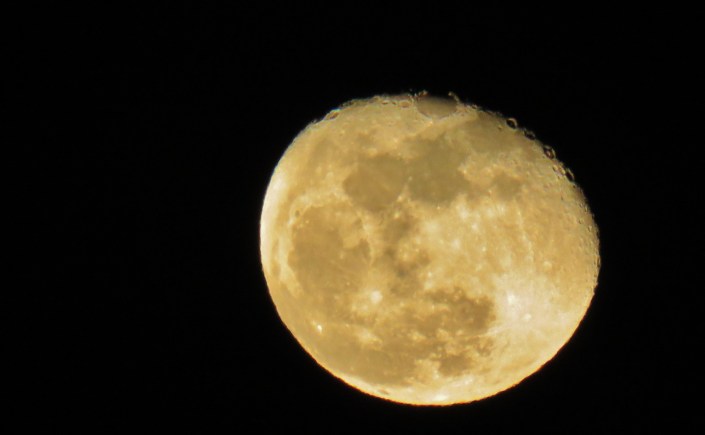 Today’s not-so-scary Halloween blog is all about creatures we may falsely perceive as dangerous, unpredictable, or even ugly. They are the creatures we tend to look at in a negative fashion, especially those that we have been conditioned to fear through experiences or commonly shared misinformation and myths. On the day before Halloween, with those thoughts in mind, here’s a light and lively look at these creatures and some of the myths associated with them. I think you’ll soon find that they’re not-so-spooky after all.

During the darkest hours of night, vampire bats emerge to hunt. Vampires bats land near their prey and crawl towards it using their built-in heat sensor to locate where warm blood flows beneath the skin. A bite is made. Blood is lapped. Those preceding words are all true. However, there are no vampire bats in the United States, but fears of our native bats, especially Oakland County’s common Little Brown Bat, are rampant, resulting in bats getting a bad reputation. Contrary to myth, bats do not fly into human hair or chase after people. But they will swoop low on sultry summer evenings in pursuit of mosquitos near us. Our native bats do have sharp fangs, as this little brown bat (pictured above) that was rescued from inside a house and is about to be released clearly confirms. Those fangs, which are their canine teeth, are shaped in a manner that allows them to hold onto prey, such as a moth, while they are in flight. The U.S. Department of the Interior has more facts to replace bat myths that you can find by clicking here.

Carnivorous mammals that feast on flesh have fangs, which in reality, are just modified teeth that are designed to tear into flesh and hold on tight. However, snakes too have fangs and our Eastern Massasauga Rattlesnakes have hollow fangs that are used to strike into prey and inject venom. Fear not, our rather reclusive “swamp rattlers” eat mostly meadow voles and mice. We are not on the menu and most, if not all, have already slithered down crayfish burrows for a long winter nap.

Many Turkey Vultures have already winged further south for the winter, but some are still soaring overhead in a formation known as a kettle. It’s a total myth that when they circle they are waiting for an animal to die, but what is not a myth is that they have a superb sense of smell that enables them to detect a distant carcass. When they do, they descend to feed, making them our best, sky-based sanitation patrol. I’ve observed at my carrion feeder that putrid opossum is a favored treat.

Michigan’s only marsupial, the Virginia Opossum, has fifty teeth, including four impressive looking “fangs,’’ giving them more “pearly whites” than any other mammal in North America. When feeling threatened, they sometimes display those teeth with a menacing look, but would rather flee or play dead than fight. Contrary to myth, opossums are exceptionally clean and constantly groom themselves. They eat about 95% of the ticks that try to feed on them, making them a great protector of other species, including humans. They are also an excellent cleanup squad that feeds on all types of carrion as they meander about our yards and fields. More likely than not, these omnivorous scavengers may make their rounds tomorrow night and add dropped candy corns and other trick-or-treat sweets to their diverse menu.

Another misunderstood animal is the toad. They have already snuggled down for the winter, but their myths remain active. A toad’s skin has rather attractive bumps that may look like warts to some, but the age-old myth that touching a toad will give you warts is totally false. Lest you still wonder if kissing a toad (or a frog) will turn it into a handsome prince or a princess, I have the answer. It remains a toad and you remain wart free.

Owls and Halloween seem to go hand in hand, or perhaps I should say talon in gloved hands. It’s not at all unusual to hear hooting in an autumn night if the habitat is right and winds are absent. That hooting was once thought to be a sign of impending death, especially if the hoots were heard near a cemetery. However, the science behind the hoots is basic. The deep baritone hooting of our Great Horned Owls, the high pitched whinnies of our Screech Owls, and the melodious tunes of our swamp-loving Barred Owls, are nothing more than a means to communicate and announce their territory.

Oakland County has two species of fox, the Red Fox and the Gray Fox. If someone says they saw a fox up in a tree, perhaps believe them, it may not be a Halloween prank. Our elusive and seldom seen Gray Fox is mostly nocturnal and will take shelter in a tree if sensing danger, being pursued by a coyote, or perhaps just seeking a place for a Halloween nap. They can do more than run up sloping tree trunks. A Gray Fox can climb small, vertical trunks by wrapping their forelimbs around the trunk while pushing with the hind feet and using their claws, much like the style of a cat.

Yes, we have mink in Oakland County. In these waning days of October, these fierce, yet at times playful, predators pursue chipmunks, frogs, mice, and low-perched birds. They’ll even scavenge around fishing piers for leftovers. At times, these bold and sleek carnivores with tiny fangs may even bound right past a human. But the threat they pose to humans is only as real as a Halloween witch riding a broom with a black cat in the moonlight of the wilder side of Oakland County.