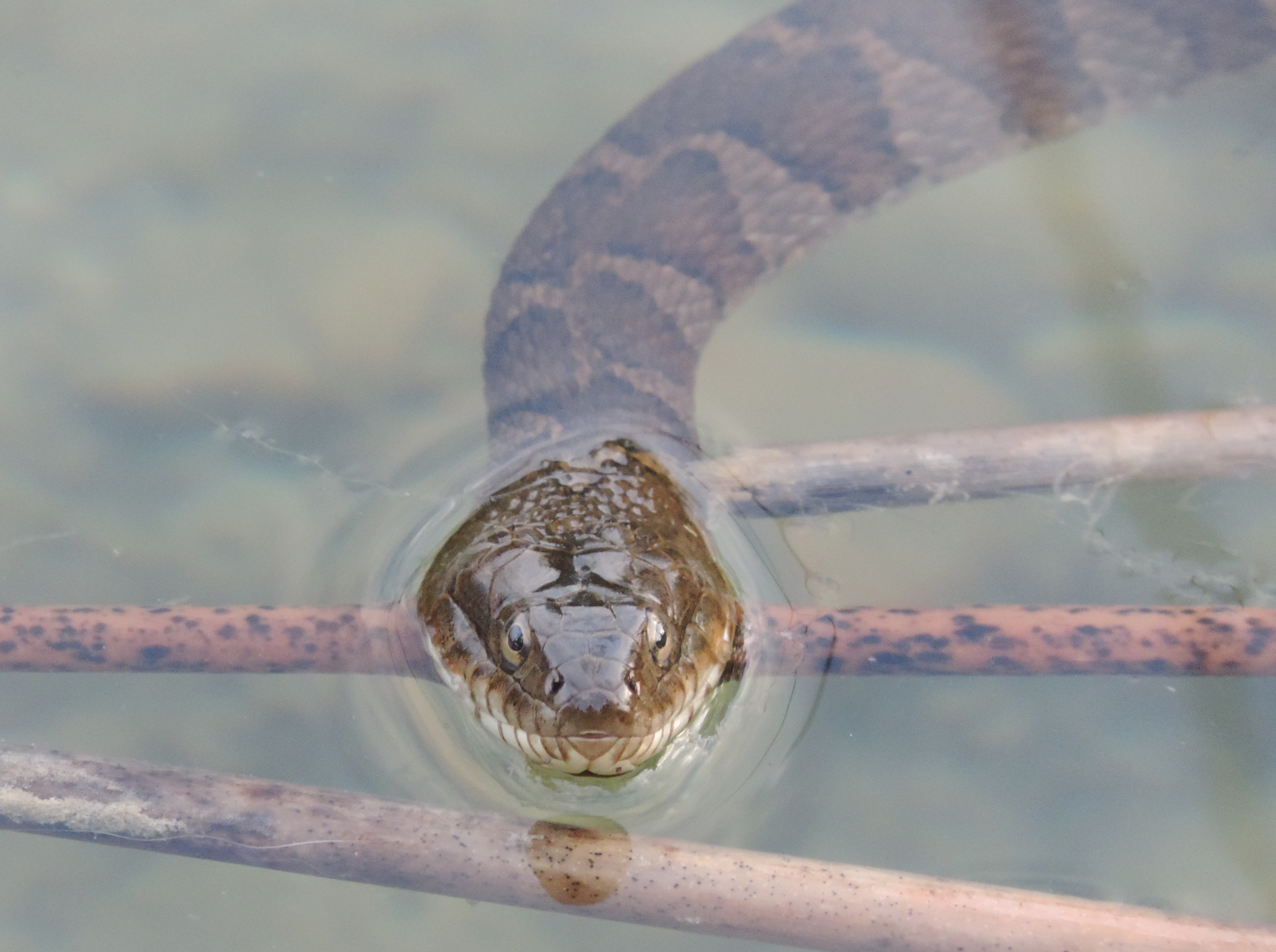 Summer is here and we love to be near water…and so do northern water snakes. 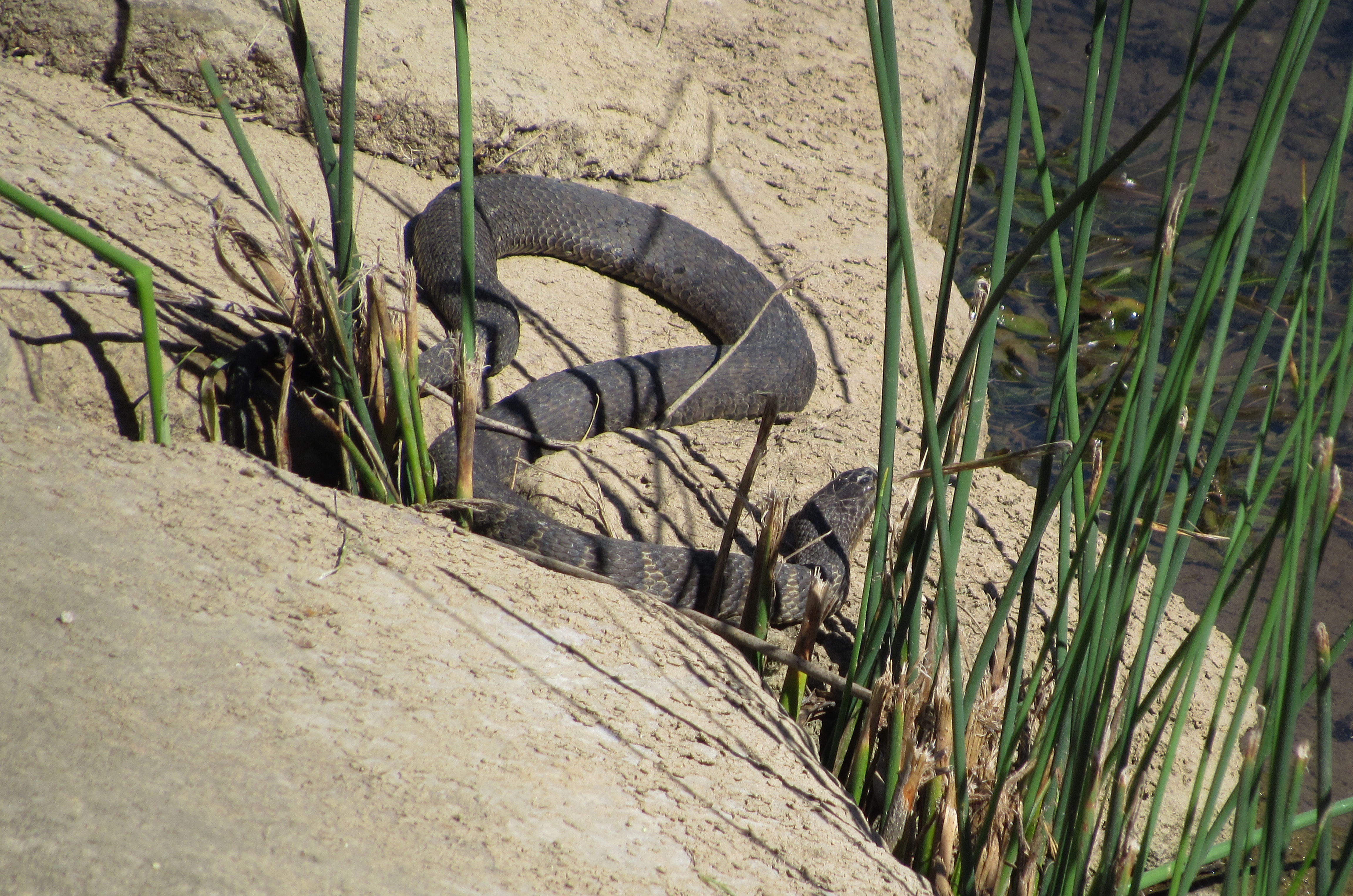 Habitat of the northern water snake (Nerodia sipedon) includes ponds, lakes, river banks, drainage ditches, marshes, swamps, spillways, retention ponds and impoundments.  If there is still or slow-moving water, northern water snakes may be present. In July, they like nothing better than to bask peacefully in the sun on rocks, logs, wooden decks and fishing docks. And that’s where most encounters between humans and northern water snake occurs. Leave a northern water snake alone, and it returns the favor, unless of course you are a frog that hops too closely by—then it eats you. But harass one, or try to handle one, and it most likely will strike and break the skin. 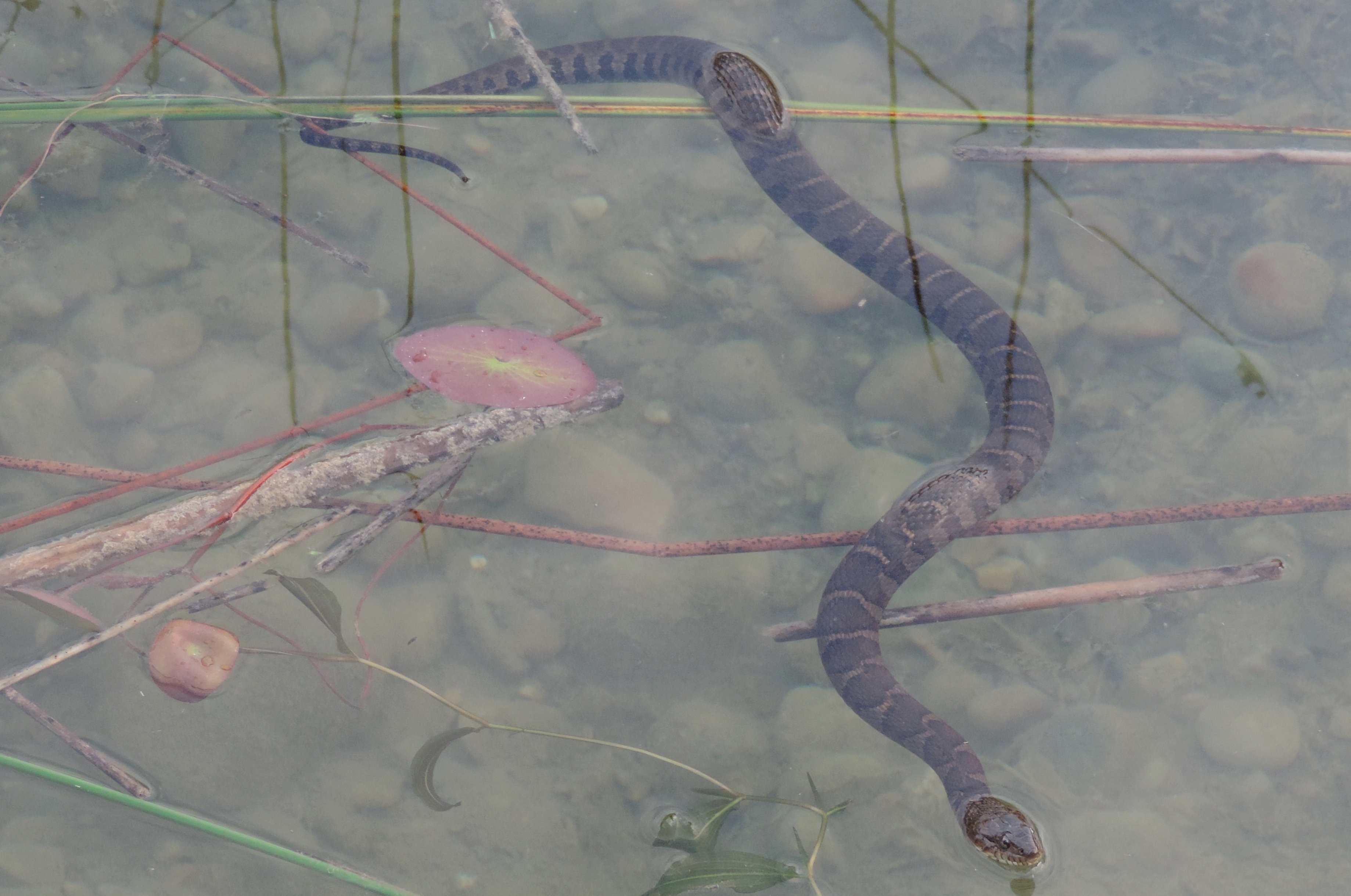 Northern water snakes can be big, some are over three feet long. They vary greatly in color with various shades of a banded pattern of brown to black causing identification confusion. Sometimes they appear black, minus the pattern. When out of water, the pattern is clearer. Bottom line: if it is a big snake in the water, or sunning next to the water, think northern water snake.

Green frogs and leopard frogs are favorite meals and even large bullfrogs fall prey to this ambush hunter. Mice and meadow voles at the water’s edge may also be consumed, and so will a small bird that may tumble into the water. They often swim near cattails, muskrat and beaver lodges and low hanging vegetation in search of a fresh meal. Any doubt that this snake is an opportunist hunter was erased by an exciting incident I witnessed last summer at a fishing dock at Seven Lakes State Park. A northern water snake swam up to a wire basket of bluegill dangling off a fishing pier and much to the amazement of everyone, quickly lunged in and grabbed a meal. 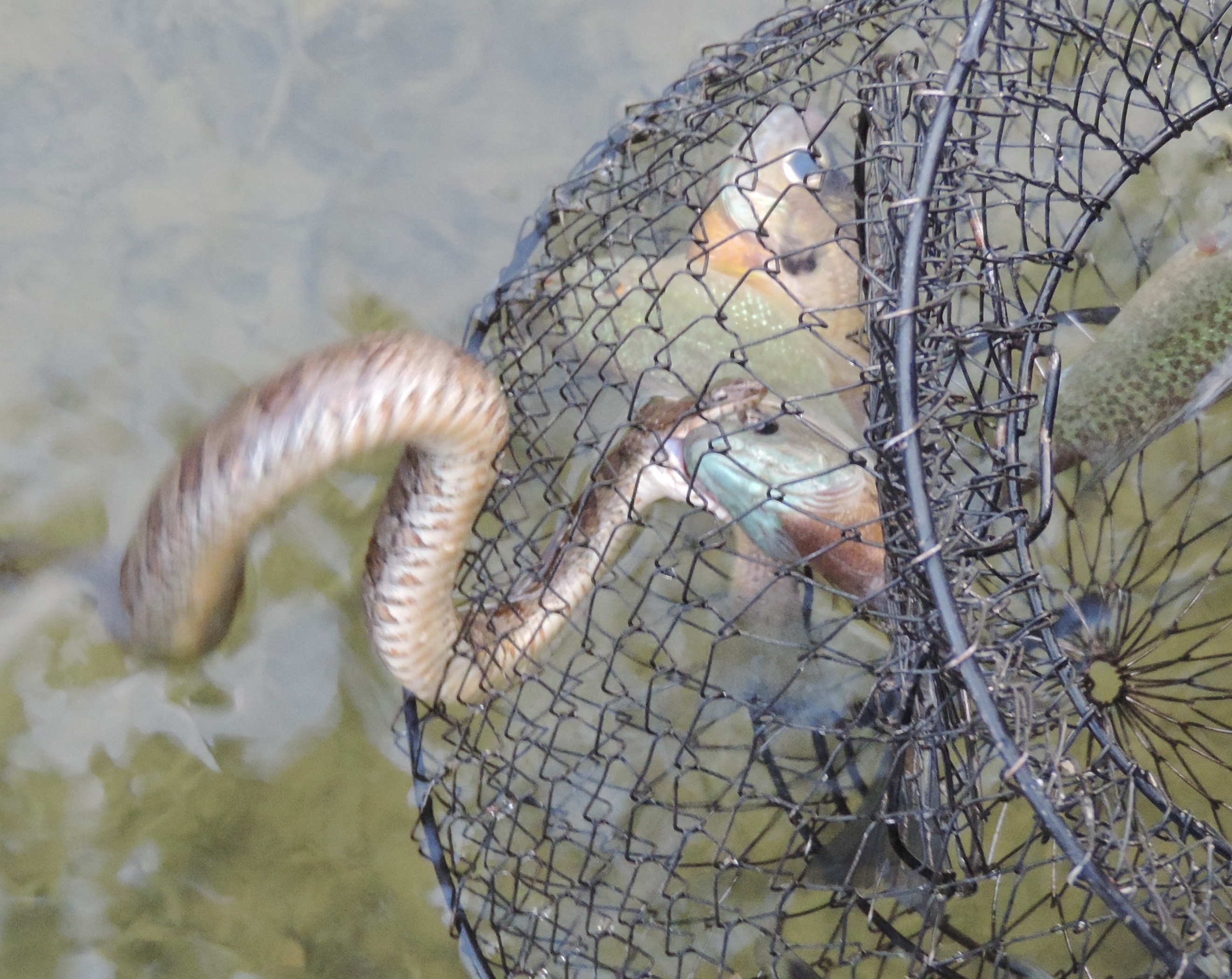 Life however, is not easy for this often maligned native snake. In addition to being persecuted by fearful sun-seeking humans, they are hunted by great blue herons, hawks, raccoons, snapping turtles, mink, opossums and skunks. And the newborns have it tough too. They are about eight inches long, just the right size for a hungry bullfrog or bass.

July is a great month to be around water and enjoy our wildlands and parks; but snakes should not be a worry. Practice “live and let live” and all will be well on the wilder side of Oakland County.

10 thoughts on “Northern Water Snakes and You”