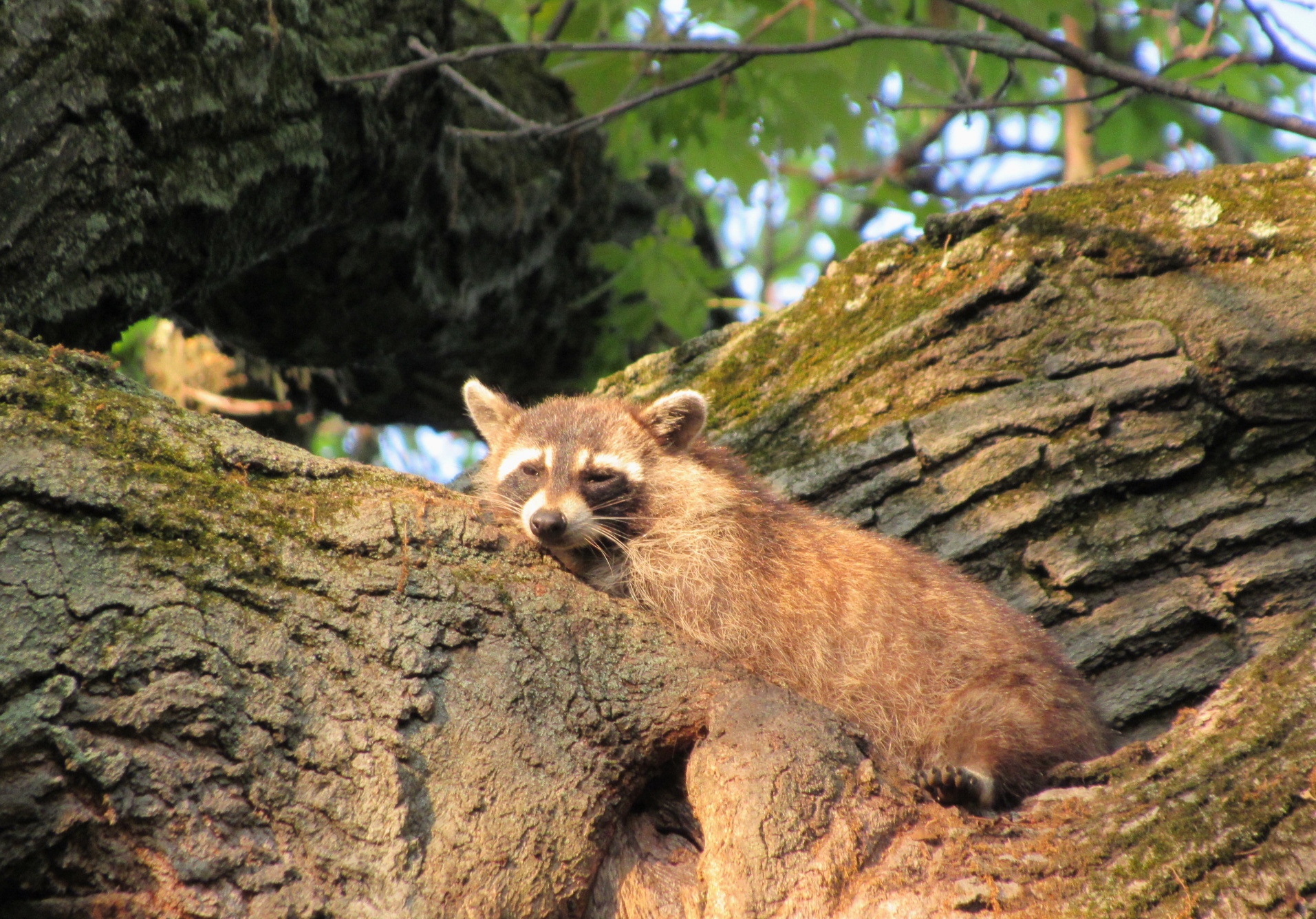 Raccoons are one of most recognizable and perhaps the most adaptable tree-climbing species of wildlife found in Oakland County. These, mostly nocturnal, creatures are masters of urban survival. They’re equally successful near busy streets and in the attics of homes, as they are in the marshy wildlands and woodlands of parks. Their denning sites can be found in garages, sheds, residential chimneys, attics, vacant groundhog burrows, under patio decks, inside dry culverts and of course, within hollow trees, as nature intended. When a raccoon does find that perfect lofty oak, with a cavity for a shelter and large limbs for sunning, it is five-star living for Procyon lotor, the common raccoon. 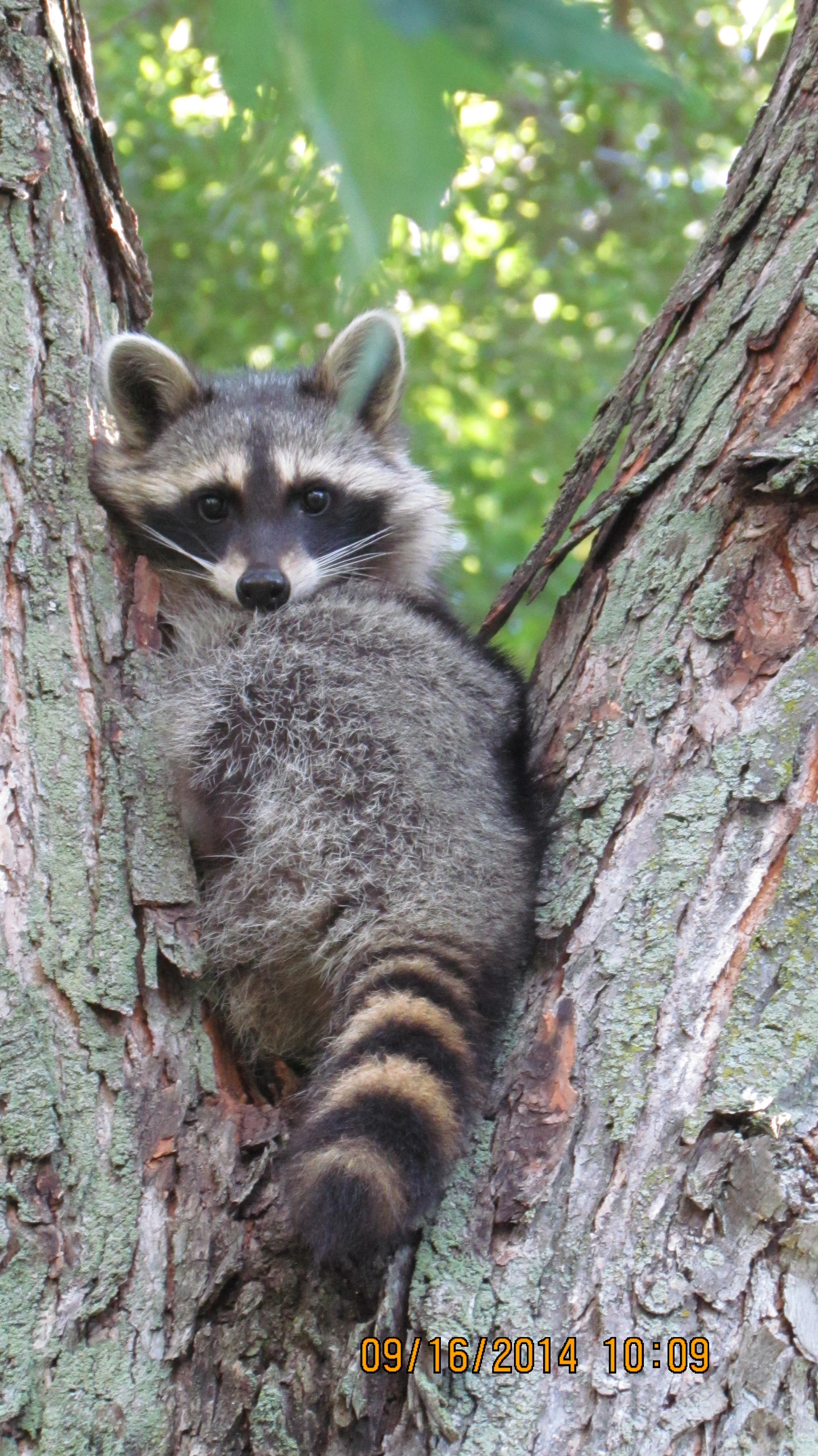 When it comes to food, raccoons are not picky eaters. Wild food favorites include crayfish, eggs, frogs, bugs, grubs, earthworms, berries of every sort, baby rabbits, ducks, chickens, fish, ants, turtles, snakes and just about anything found in the garden, with sweet corn topping the list. In urban areas, raccoons are drawn to dumpsters and feast on our leftovers. It is safe to say that while a raccoon at Rose Oaks County Park is sitting under a willow tree crunching on a crayfish, another raccoon is crouched in a Ferndale alley with an old slice of pizza. It is their adaptability to habitat and food that give them the ability to not just survive, but to thrive in our midst.

Automobiles kill hundreds, if not thousands of raccoons every year. Predators of raccoons include domestic dogs, coyotes, foxes and even great horned owls. Although some humans try to feed these masked bandits, it is a very dangerous practice for both the raccoon and the human. A fed raccoon often ends up as a dead raccoon as it becomes bolder. Raccoons can also carry roundworm parasites that can be transmitted to humans. In rare cases, raccoons may be rabid. The best way to appreciate raccoons is by keeping them wild. Never try to feed them or adopt them as they go about their lives in the wilds and not so wilds of Oakland County.

Visit https://www.oakgov.com/parks/ for information on all 13 Oakland County Parks.

18 thoughts on “Raccoons: Masters of Adaptation”