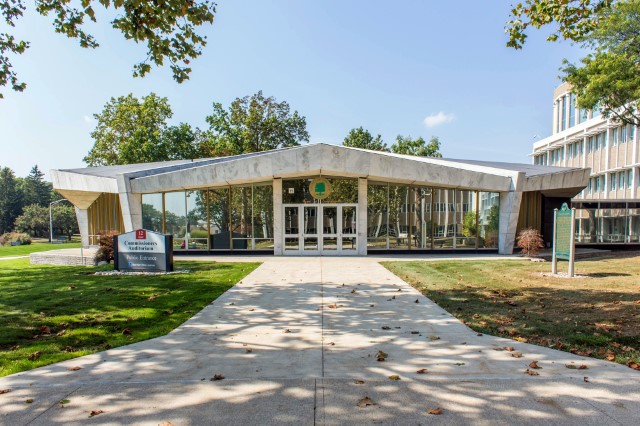 Oakland County voters will be seeing new county commission district numbers on their ballots this November. Separate from Michigan’s districting process, county commission redistricting is determined based on final U.S. Census data, and the county’s Apportionment Commission adopted new district maps on November 9, 2021. Let’s take a look at the new districts and explore the process of county reapportionment.

All information about the new county commission districts can be found on the Oakland County Board of Commissioners website. An interactive map that is linked on the page allows residents to find their new districts by address and compare them to their current districts.

The new countywide map, which received bipartisan support, reduces the number of districts from 21 to 19. With the reduction in total districts, plus redrawn district boundaries and new district numbers, residents may find themselves in a completely new district.

The committee was tasked with developing map proposals that set boundaries and seats for county commission districts for the next decade. The committee was chaired by Commissioner Angela Powell, and members included Board Chairman David T. Woodward, Board Vice Chairwoman Marcia Gershenson, Commissioner Michael Spisz and Commissioner Eileen T. Kowall. Over the course of several months, the committee hosted a series of committee meetings, which were open to the public, to establish rules, set procedures, and develop proposals.

The committee considered proposals from Woodward, Spisz, and Kowall at its November 8, 2021 meeting, and a majority voted to present a map put forward by Woodward to the Apportionment Commission, which is made up of the full Board of Commissioners, on November 9, 2021. Under state law, new county district boundaries may be challenged in court within 30 days of adoption. No challenge was filed against the new 2023-2032 Oakland County Commission district map.

“The new districts are the most equal in population in decades, guarantees minority majority districts that recognize the diversity of our county, and minimizes community breaks. The new district map paves the way for more efficient and effective county governance in Oakland County.”

Residents can stay up to date on polling locations and maps for congressional, senate, house, and school districts at the Oakland County Clerk/Register of Deeds website as Election Day, November 8, approaches. To learn more about the Oakland County Board of Commissioners, follow along on Facebook and YouTube, or visit their website.