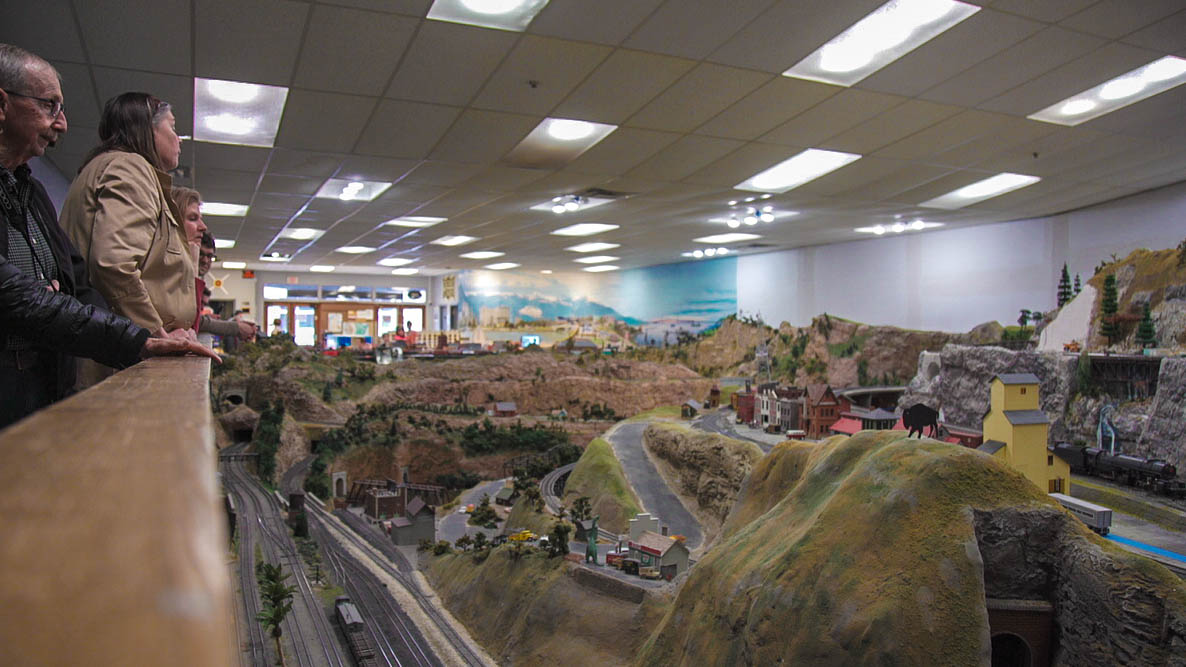 While U.S. passenger train travel may have peaked in the early twentieth century, enthusiasm persists at the Detroit Model Railroad Club. The club, located in downtown Holly, is operated by some of Oakland County’s most devoted train buffs.

Together, its members have painstakingly assembled a gargantuan layout, known as the Detroit Union Railroad. The model railroad is located inside the historic Holly Theater and features a fleet of radio-controlled trains, which ride along hand-made track.

Members began work on their current iteration of the Detroit Union Railroad, known as their “final,” in 1974. The “final” features several miniature towns, each crafted to reflect the look and feel of real Michigan communities. 1,000 pieces of rolling stock travel more than a mile on hand-made track, which connects each town to the next.

From April to October the Detroit Union Railroad shares space with sawdust and wet plaster–the product of nearly endless expansions in both detail and scope. It’s during these months that club members sculpt new hillsides and mountains, lay new track, and allow the locomotion of their imaginations to translate into the next year’s layout.

The Detroit Union Railroad is open to the public every weekend from November to March. But if you need your fix of model train action year-round, club membership may be for you.

One thought on “Rolling with the Detroit Model Railroad Club”