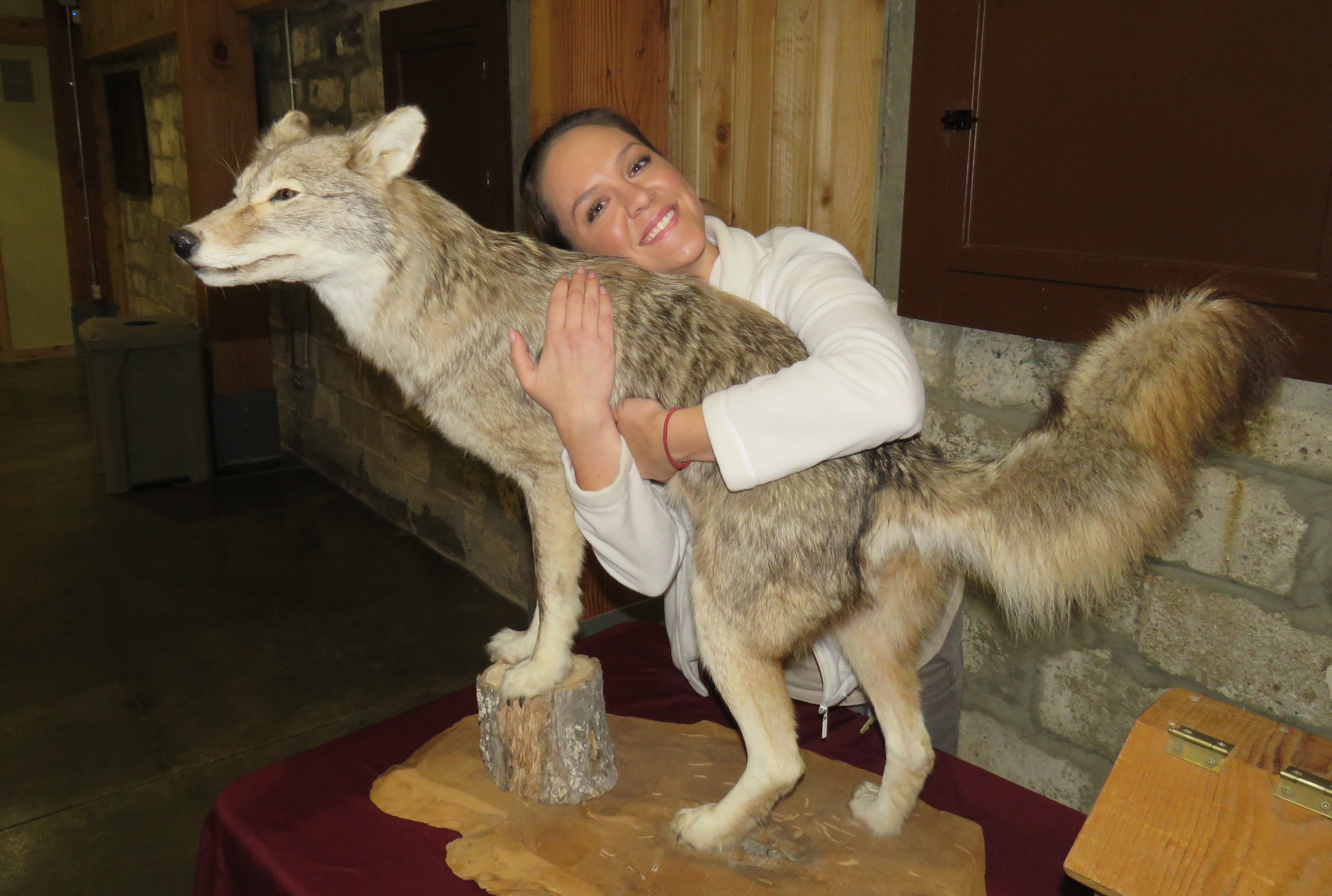 Oakland County lacks the man-eating predators of history that still seem to haunt our minds and exaggerate our fears. But as the cold days of November shorten, and some species of wildlife move closer to our homes to forage under bird feeders, we still behave at times as if our lives are at risk by the very presence of wildlife. Negative comments about opossums, raccoons, deer, wild turkeys and the much maligned Eastern Coyote seem to spread like wildfire as Thanksgiving draws near. Some neighborhood social media sites fuel misinformation about urban wildlife with comments such as, “We saw a coyote lurking in a field.” Deer, rabbits, turkeys and coyotes might be seen in a field, but none “lurk” there: a reminder that the usage of certain words can be powerful and lead to fear-mongering. 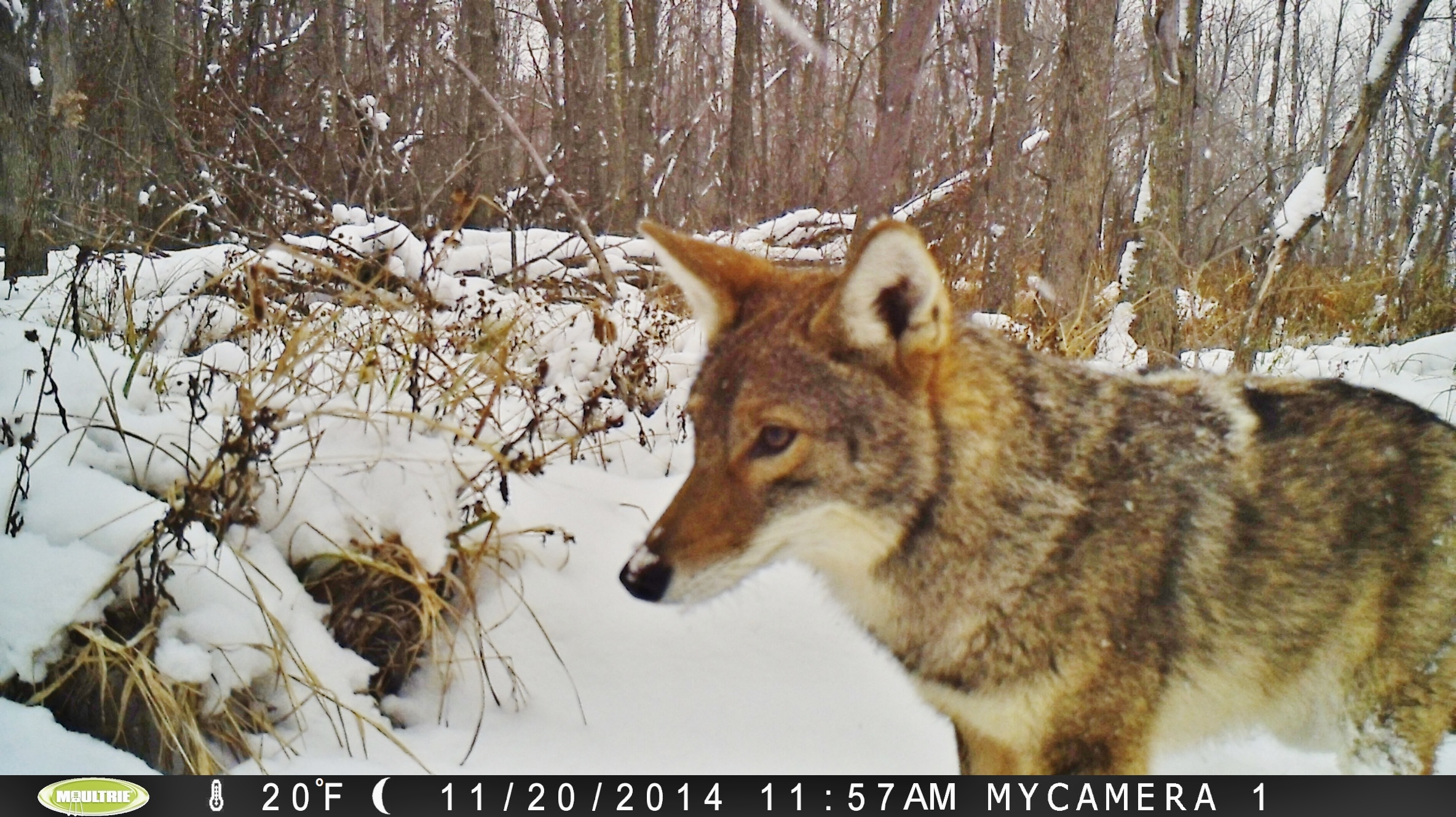 Wildlife conflicts, both perceived and real, have existed as long as humans have roamed the earth. Most conflicts can be resolved with a bit of knowledge and patience if perception is not confused with reality. Mitigating a situation is often as simple as denying a food source. One does not have to hug a coyote, as naturalist/outdoor educator Lauren Oxlade did with a “live-mount” educational prop (a road-killed coyote) at a recent Wildlife Coexistence presentation I attended in Rochester Hills, but embracing knowledge, and acting on it, is critical to coexistence.

To survive in our midst, wildlife needs four essential elements: food, water, shelter and space. Food is self-evident, and it should be food they normally feed on. However, wildlife is adaptable and responds quickly to opportunity. Bird feeders offer endless opportunity to feast, and that often leads to unexpected, and at times, unwanted wildlife encounters. When sunflower seeds, cracked corn or whatever is in the feeder spills over, it quickly attracts small mammals including opossums, raccoons, rabbits, squirrels and deer. Territorial disputes may occur in this unnatural feeding situation. Once those species are aware of the easy-picking at the “all you can eat café of spillage”, they keep on returning. The constant presence of the mammals and ground feeding birds does not go unnoticed by red foxes and eastern coyotes, species that have adapted to our ways far more quickly than we learn about their ways. “Thanks for the over-flowing bird feeder,” the coyote or fox may think. And then it waits for dinner to appear.

The seemingly chaotic movement of dozens of birds of different species also draws in feral and domestic cats: skilled killers of song birds. A well-stocked bird feeder may also lure in a Cooper’s Hawk. The Cooper’s Hawk has not the least bit of interest in bird seed or suet. It hunts other birds. The sleek Cooper’s Hawk is a master of high-speed aerial pursuit, often followed by a dramatic air or ground lethal interception. What better hunting grounds than a yard overflowing with flocks of birds flitting about in an unnatural feeding frenzy? When homeowners complain to me that a hawk is killing “their” birds I remind the homeowner of three things:

Acceptance of nature’s way is part of coexistence. 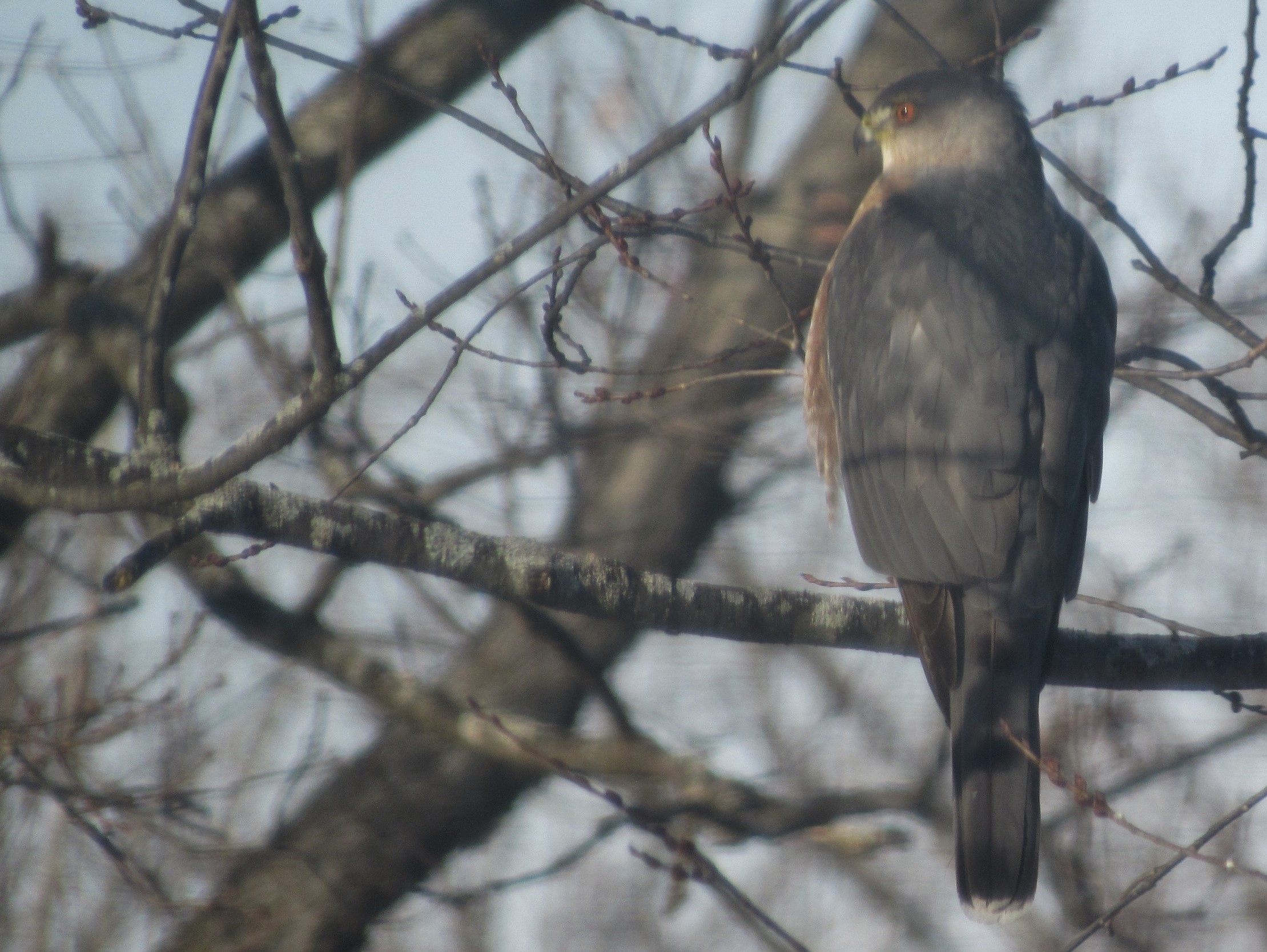 I am not advocating a cessation of bird feeding in winter. I do it too. I love watching Black-capped Chickadees flying off with a single sunflower seed, or an Eastern Bluebird pecking at suet. At this very moment, a colorful assortment of birds is just a few feet from my computer desk, on their side of the window—the better side. But I am also aware that I have stirred the ways of nature in a way that sometimes cause conflict, making coexistence a bit more difficult without understanding the basics of wildlife behavior. If shelter and a safe travel route is close by, it is likely that ground feeding creatures will appear, and continue to appear. Opossums have on occasion taken up residence under my porch deck, as have skunks, and during the warmer months, groundhogs. I am very happy to have opossums around the house. This amazing marsupial of Michigan is nature’s best tick killer and natural controller of Lyme disease.

Trapping to relocate an unwanted guest won’t usually solve a real, or perceived problem when the habitat has everything the species needs. Another one will fill the vacancy just as surely as a fairly priced home at a lakeside will attract multiple potential buyers. But fencing off the feeder, or installing hardware cloth to prevent sheltering under the deck will make the feeder habitat less attractive. 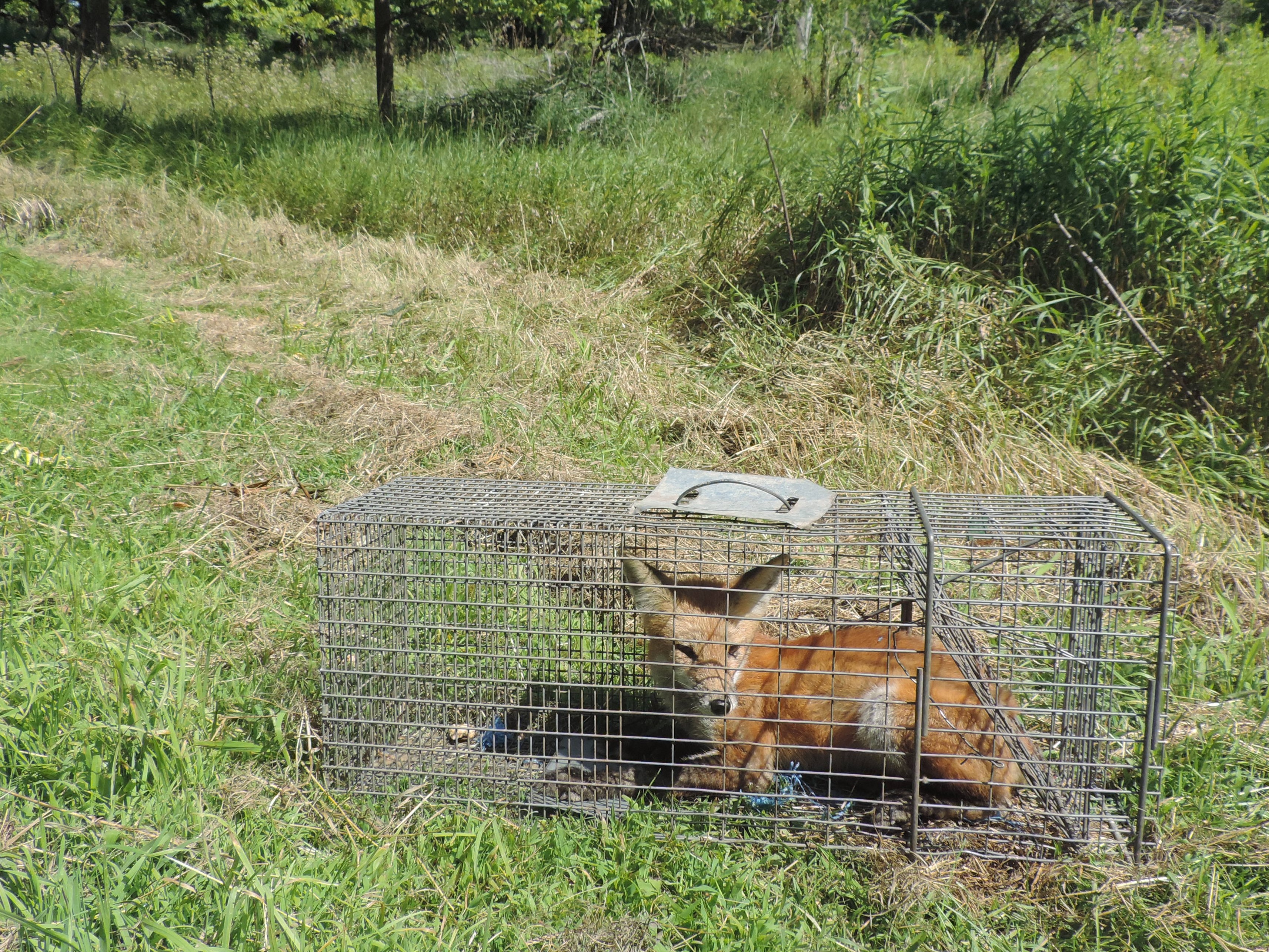 Raccoons greatly slow down their activity in winter but are not true hibernators. Their tracks in snow confirm they occasionally wander about on all but the most frigid night. Raccoons may appear in strange places in the winter, including under outside hot tubs, or inside a dumpster rich with treats. The not-so-rare worst case scenario is a raccoon that moves into a chimney or attic when it’s not able to find a hollow tree as a winter shelter or spring den. Chimney caps should be considered a necessity in raccoon country and help keep “the wild’ in the raccoon. 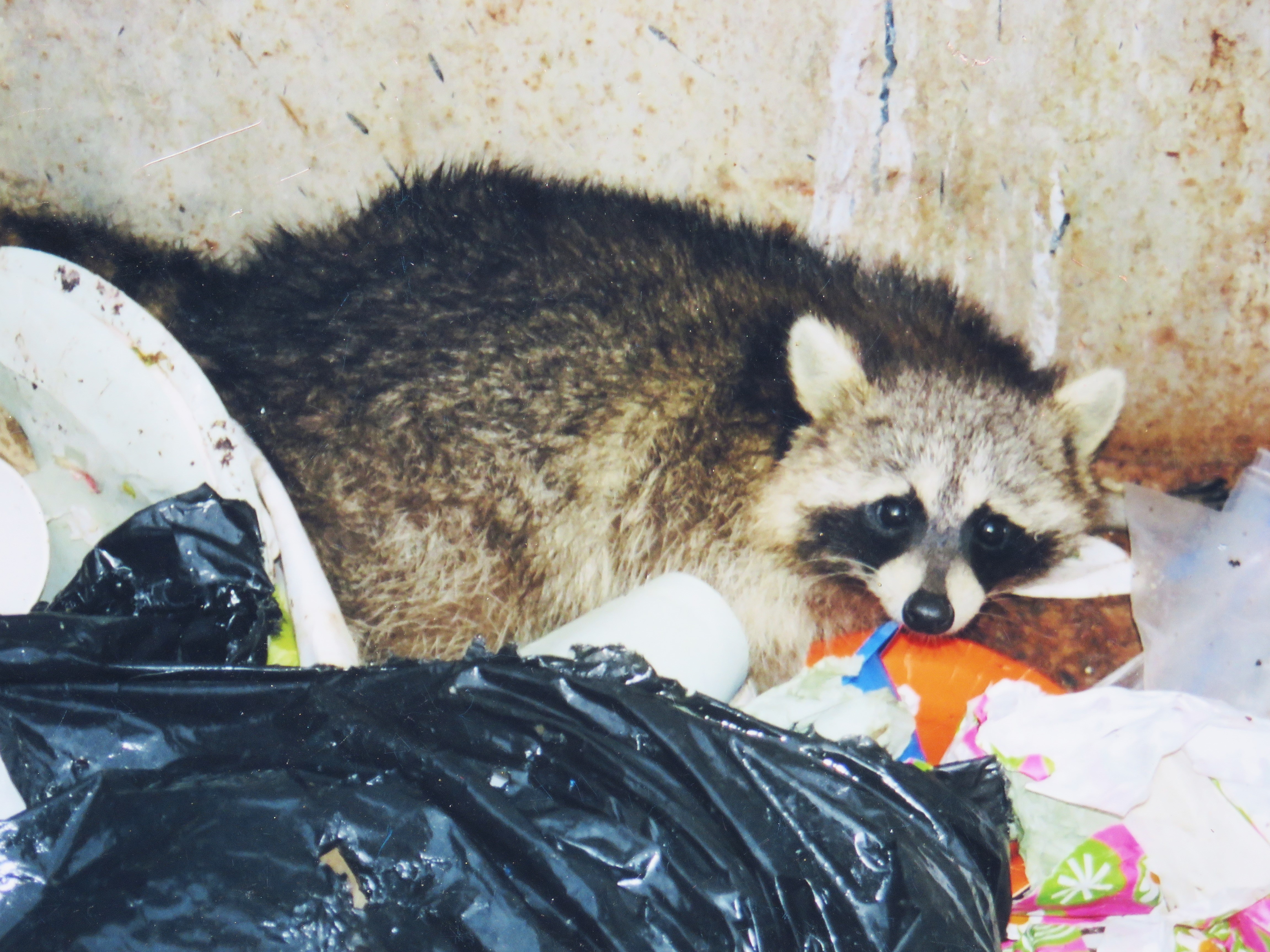 Deer love bird feeders too. I store my bird seed in an old wooden garage about 30 feet from the feeder. Deer quickly discover that the squeak of the garage door is their dinner bell. Usually within a few minutes of re-stocking the feeder, two or three appear nearly magically from my meadow. Sometimes turkeys follow them from the woods, perhaps understanding that the dinner table has been set for everyone. 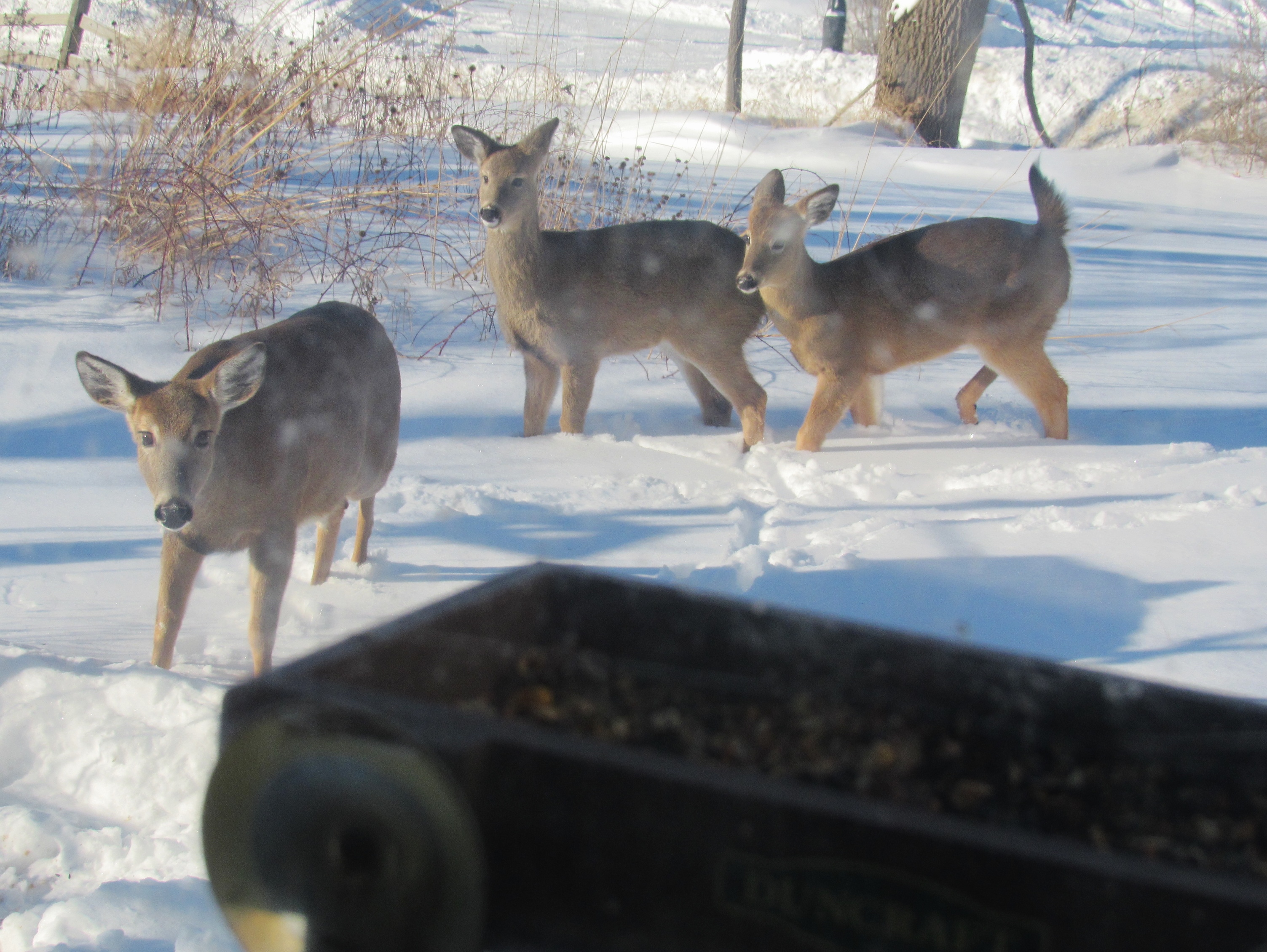 If you don’t want deer around, don’t feed. That may include not stocking the bird feeder and taking action to make the deer feel very unwelcome. Yell at them. Run at them. Ignoring them gives acceptance to their presence. This is also the time of the year that the frequency of deer-car crashes reaches its peak, with Oakland County the number two most likely county in Michigan to have a deer-car crash. Some cities, including the City of Rochester Hills, just placed flashing deer crash road side warning signs. The Michigan State Police website states this, “Each year, there are nearly 50,000 reported vehicle-deer crashes in Michigan. About 80 percent of these crashes occur on two-lane roads between dusk and dawn. The most serious crashes occur when motorists swerve to avoid a deer and hit another vehicle or a fixed object, or when their vehicle rolls over.” Michigan Deer Crash Coalition has safety tips, as well as the reminder not to veer for deer that bound in front of you. Slow quickly, stay alert and expect more deer since they often travel in groups. Winter is also a good time to plan ahead for spring planting with vegetation that does not attract deer. Michigan State University Extension has a list of deer resistant plants. 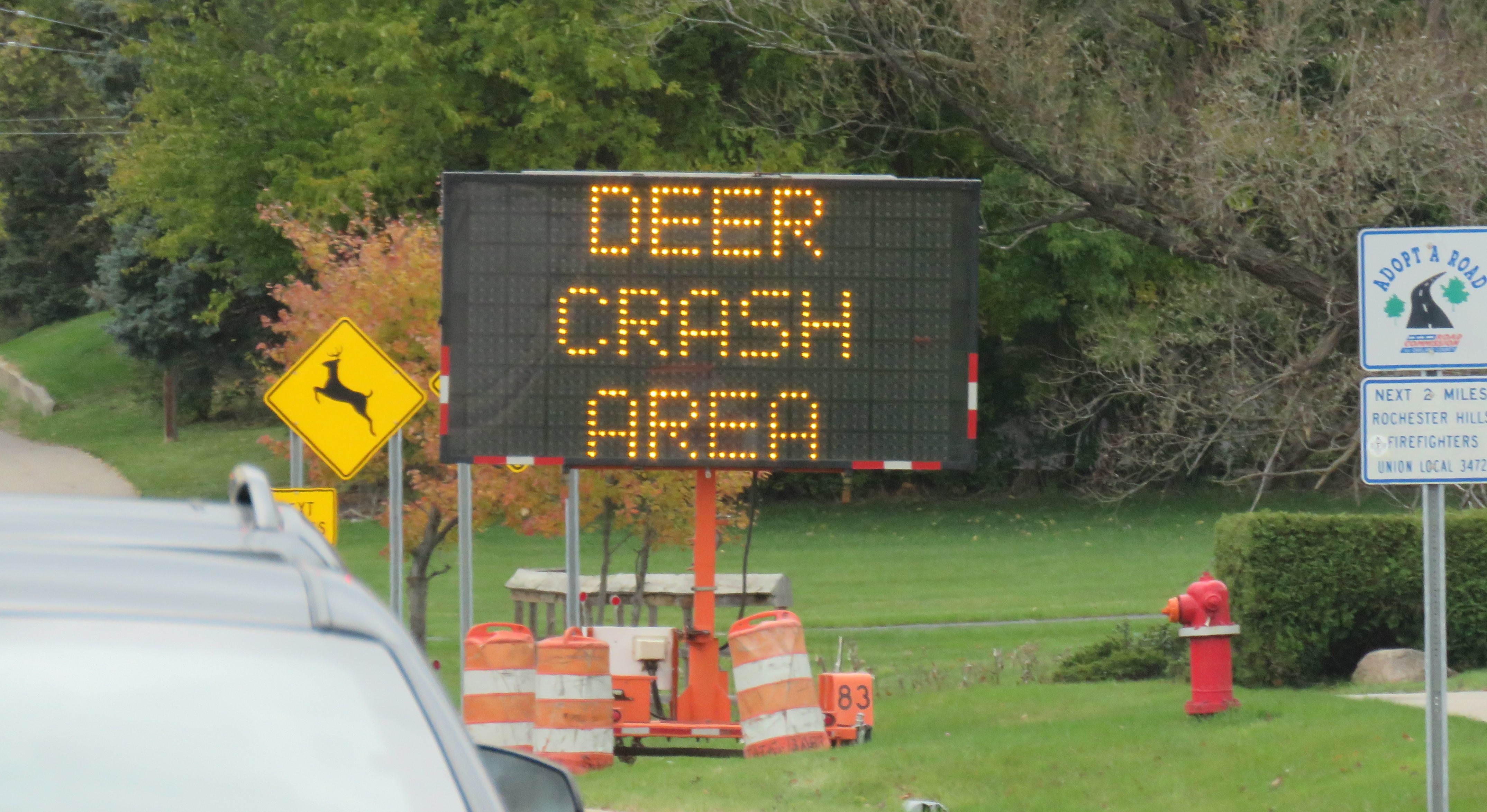 Coyotes are very much at home in Oakland County. They are in many ways an asset to homeowners since they will eat rabbits, groundhogs, mice and squirrels that cause problems for homeowners. Knowledgeable golfers in Oakland County are beginning to appreciate coyotes, for they eat both goose eggs and goslings, decreasing the soaring population of geese on the greens, a reminder that in the world of nature all things are connected. Coyotes are also attracted to bird feeders both by the seed spillage, and by the species that come to feed on the seed. If you do not want a coyote as a yard visitor, do not encourage the coyote’s presence by ignoring it. Never try to feed a coyote. A fed coyote will end up as a dead coyote. 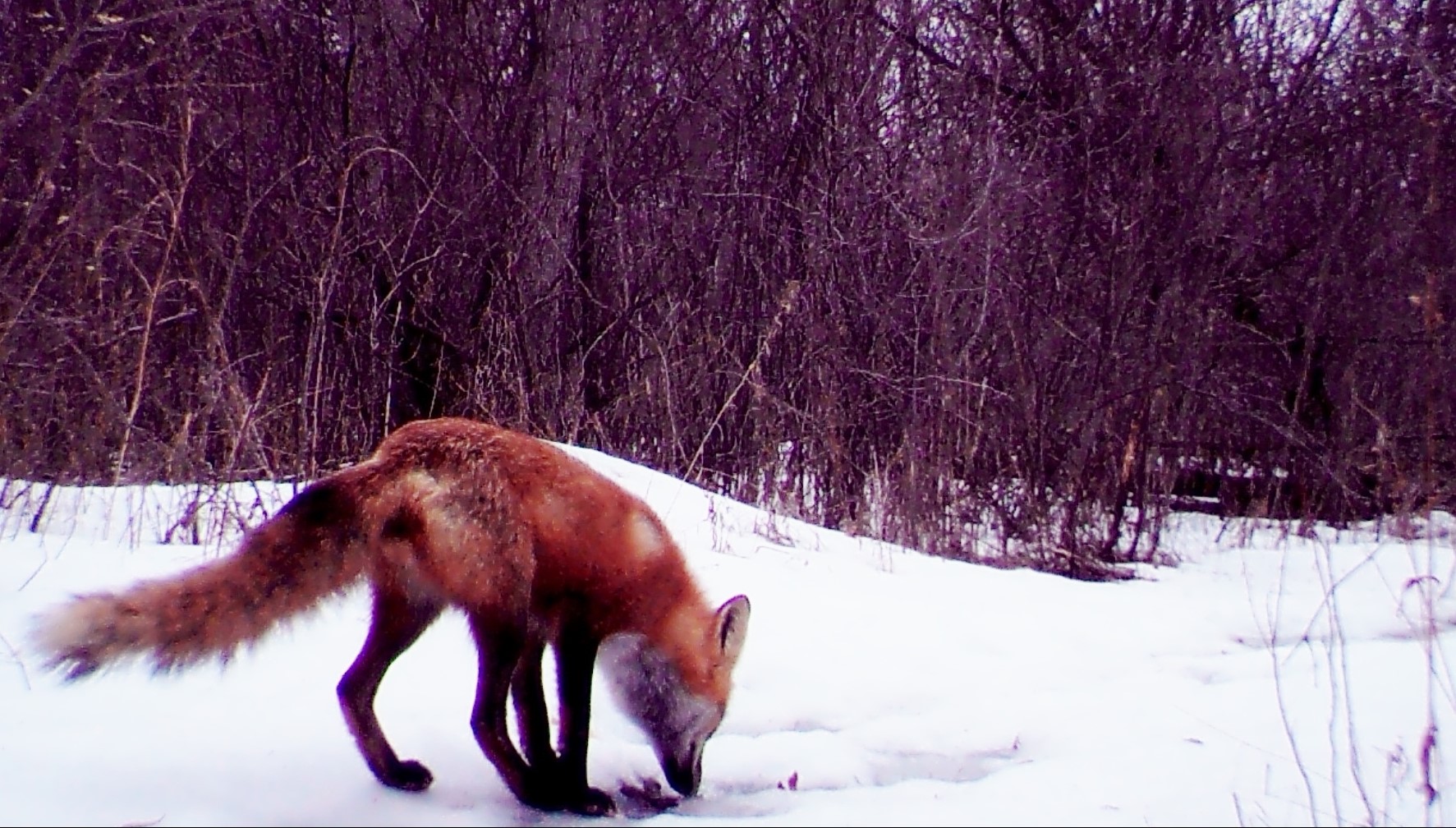 PROJECT COYOTE is a national non-profit organization based in Northern California that promotes “compassionate conservation and coexistence between people and wildlife through education, science and advocacy.”  They also work to change laws and policies to protect native carnivores from abuse and mismanagement, advocating coexistence instead of killing. They seek to change negative attitudes toward coyotes, wolves and other misunderstood predators by replacing ignorance and fear with understanding, respect and appreciation. Even if coyotes are not your favorite creatures, they deserve our tolerance and respect for their role in nature rather than being subjected to “coyote control”, indiscriminate lethal removal, and the worst fate of all—being the living target in cruel coyote killing contests conducted for sport and prizes for ‘sportsmen’. 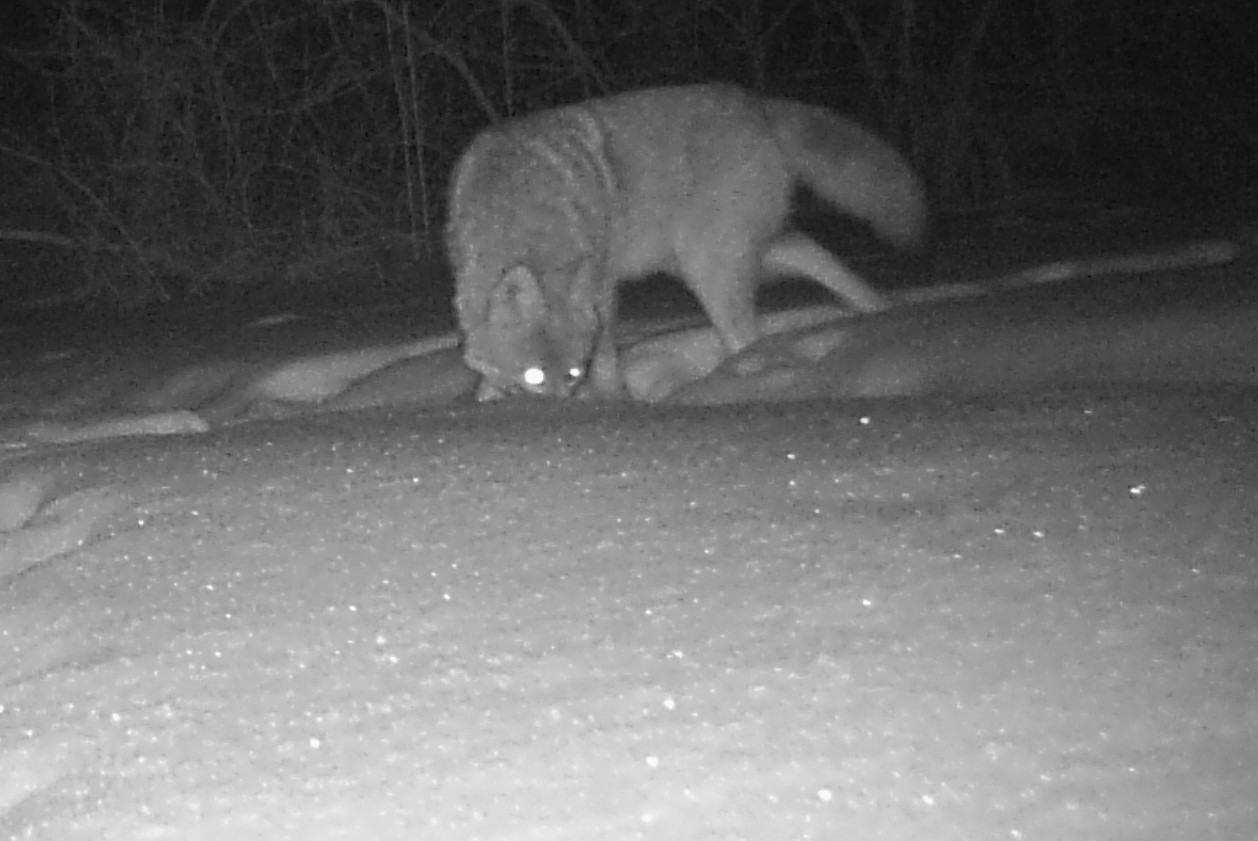 Coyote can be deterred rather easily from a homeowner’s property by a process known as hazing. See Project Coyote’s tips on hazing. California’s KEEP ME WILD campaign has great tips on preventing wildlife conflicts and although the program originally focused on black bears and cougars, their website includes excellent tips for two species that also thrive in Oakland County, the coyote and wild turkeys.

Winter is just about here, a great time to watch our wildlife, and perhaps the time to learn about their ways on the wilder side of Oakland County. Coexistence works. Give it a try. 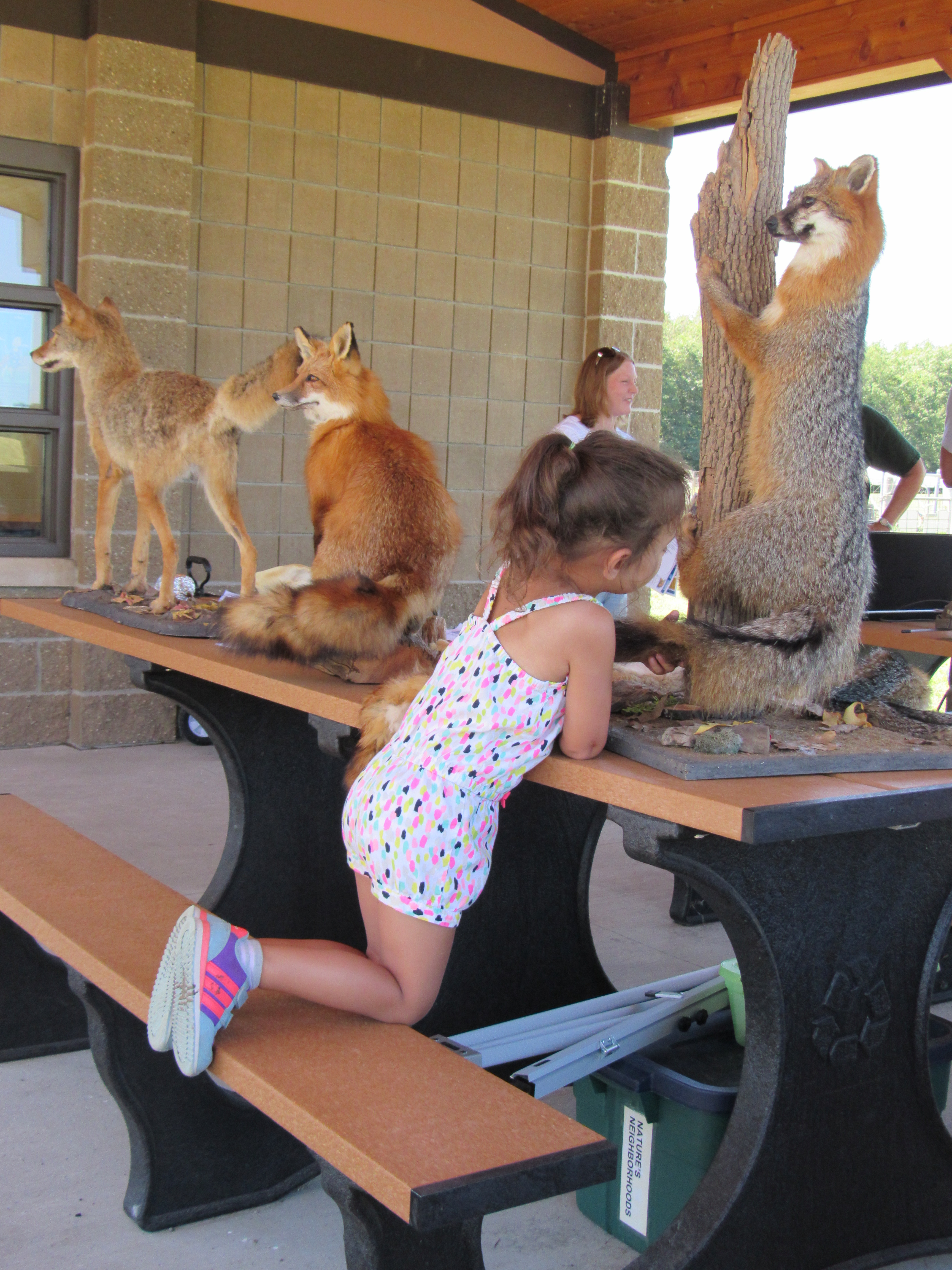