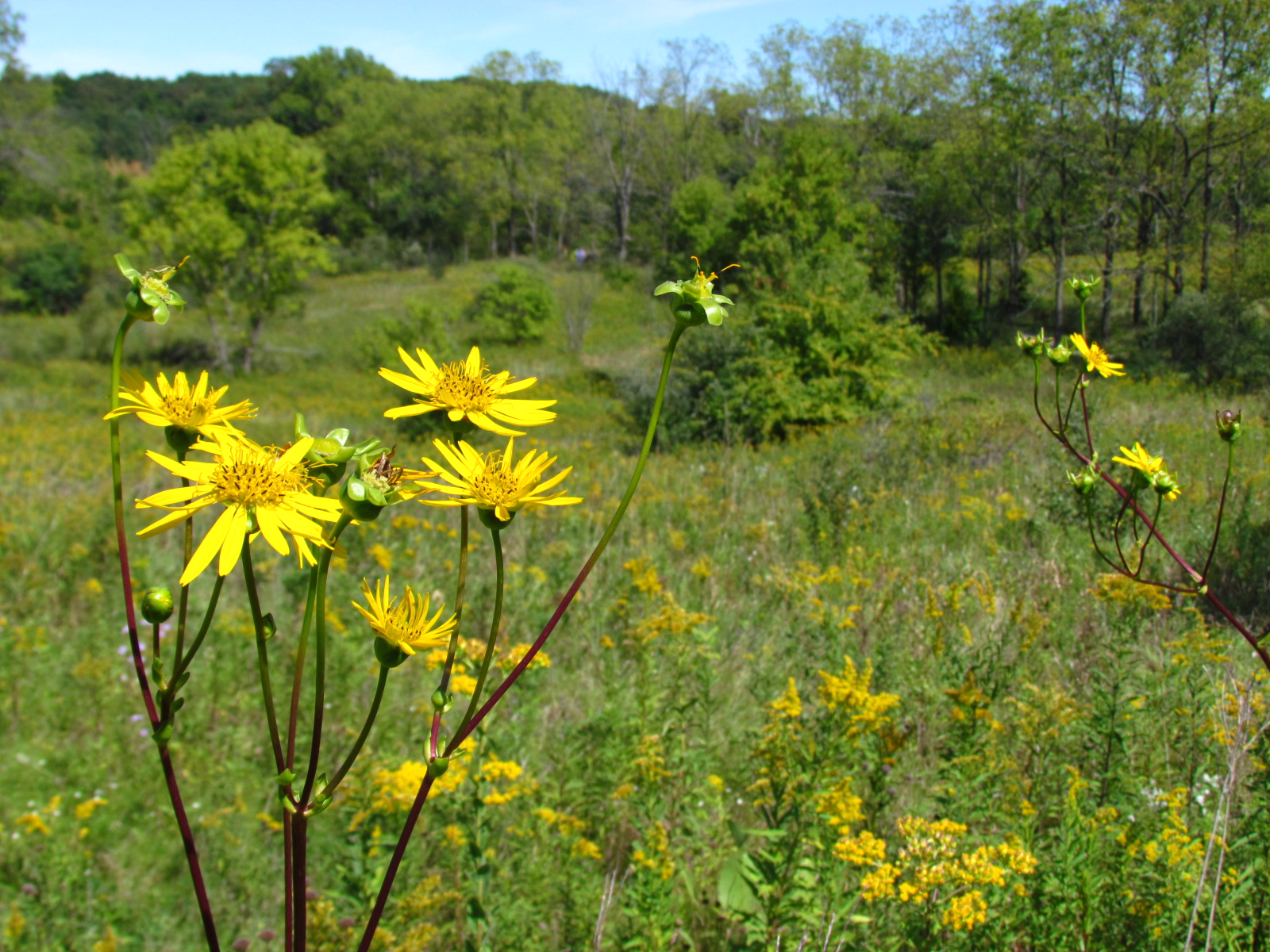 This Top Ten ramble was inspired by Dmitri Schoeman who shared his encounter with nature’s way with photos captured last week in Columbia, South Carolina. “I was walking the dog when I saw something in an odd shade of green and went over to see what it was.” For the next hour he watched the emergence of a cicada as it wiggled out of its exoskeleton. His photos might well be entitled “Alien Birth,” for they capture the emergence of an other-worldly looking winged creature as it slowly abandoned its exoskeleton.

After nymphs emerge from the soil, where some have remained for over a decade depending on the type of a cicada, they usually climb up onto a tree for their final molt. Schoeman’s magnificent cicada was different. It selected the edge of an old curb in a long established residential neighborhood with stately trees. He stumbled upon the scene just as the back of the exoskeleton split open, and the adult cicada began the laborious process of self-extraction. After emergence, its soft greenish wings were crinkled, and appeared origami-like. What followed next was even more dramatic. The cicada pumped fluid from within its abdomen into the wing veins which expanded to allow flight, and then its end of summer cycle of life went on.

Field fires increase in likelihood in these waning, often windy weeks of summer’s unofficial end. Unlike headline creating natural disasters, most field fires in Oakland County are caused by people — and that means they can be prevented by people if they practice common sense and situational awareness. Vegetation is drying quickly, creating conditions for rapidly spreading field and brush fires that can outpace immediate response capability of some departments. That can be especially problematic in the northern townships of Oakland County since many homes are in areas surrounded by fields, and others are built adjacent to wetlands with thick growths of highly flammable phragmities. A sobering fact: If your only plan in the event of an outdoor fire is to dial 911, you do not have a viable plan. The fire-prone weeks of summer’s end are already here. Be ready, for field fires can be unexpected and are a sure sign of summer’s end. 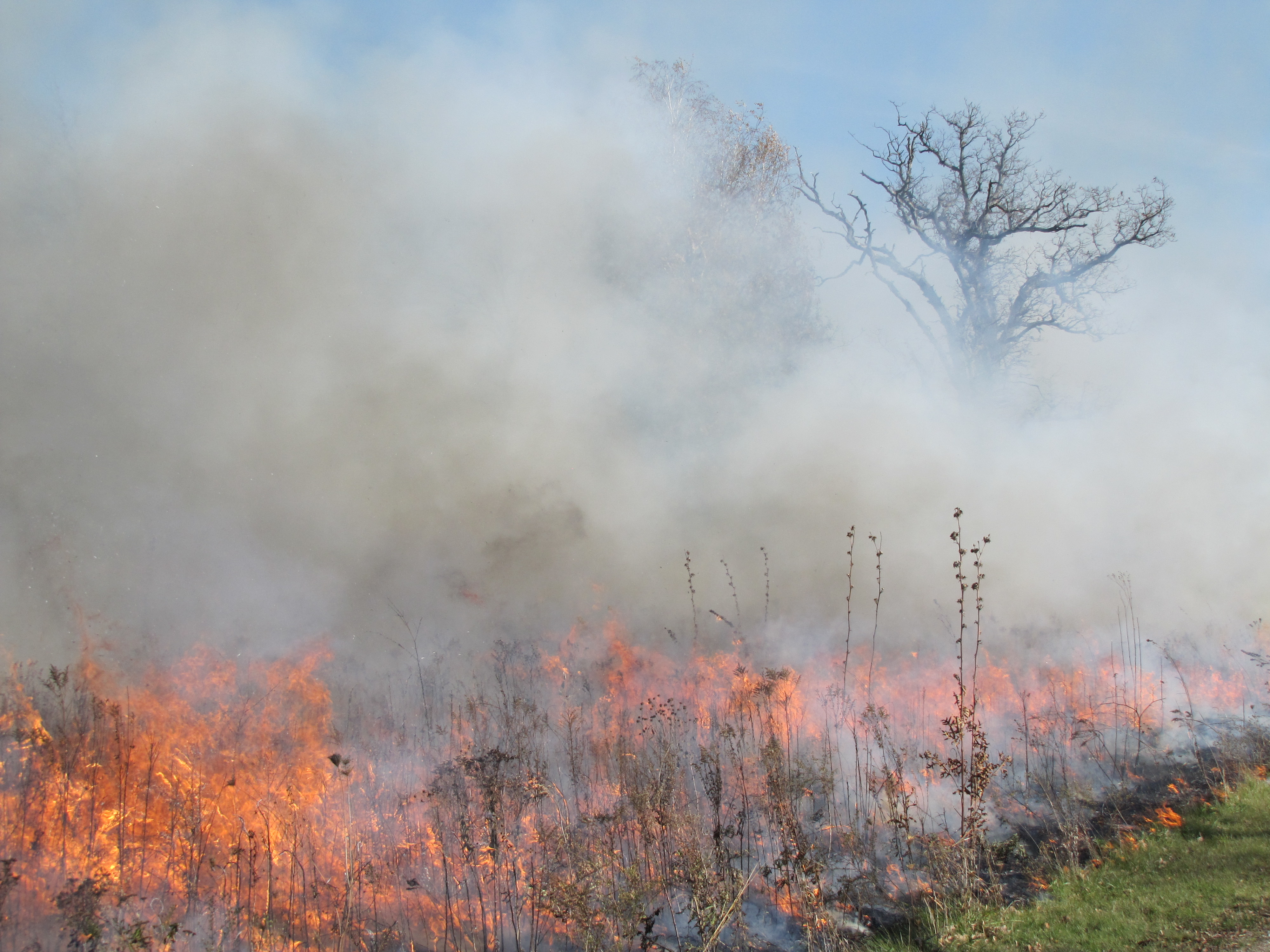 Sandhill Cranes stalk the meadows and fields of Oakland County in search of wild seeds, cultivated grains, grasshoppers and insects of all sorts. If a frog, meadow vole or small snake comes into range, that too may be added to the menu. Watch for these beauties that have adapted well to life in our Oakland County Parks, Huron-Clinton Metroparks and landscapes protected by the North Oakland Headwaters Land Conservancy and Six Rivers Land Conservancy. Hint: Kensington Metropark is a favorite viewing area with easy photo captures near their nature center, however this image was captured along busy M-15 in Ortonville, a reminder that nature is full of surprises. 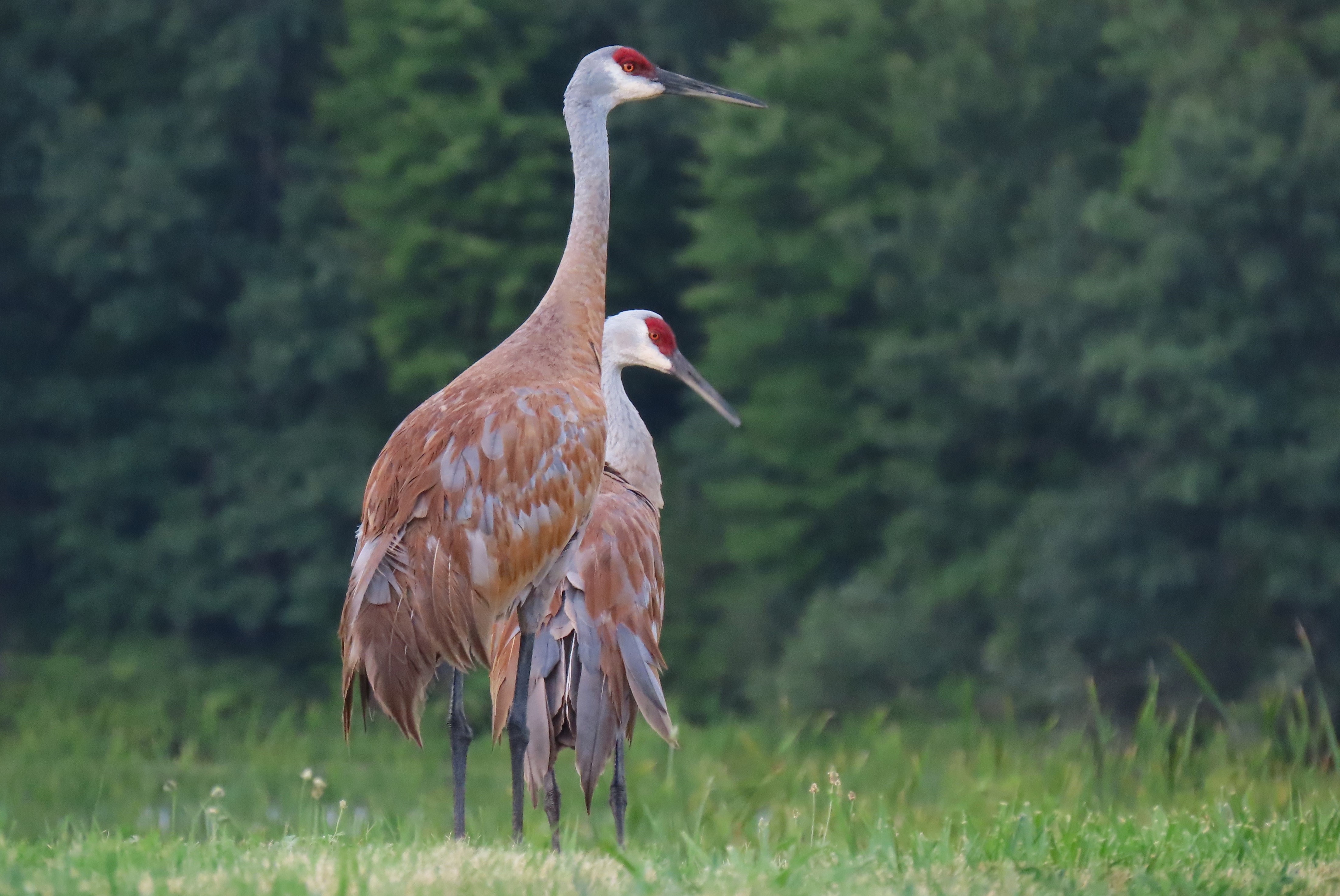 Summer heat has created an explosion of duckweed, a common wetland plant that covers small ponds with carpets of green. Turtles that crawl up onto floating logs to catch late day sunshine often find themselves laced in the duckweed, another sign of summer fading. 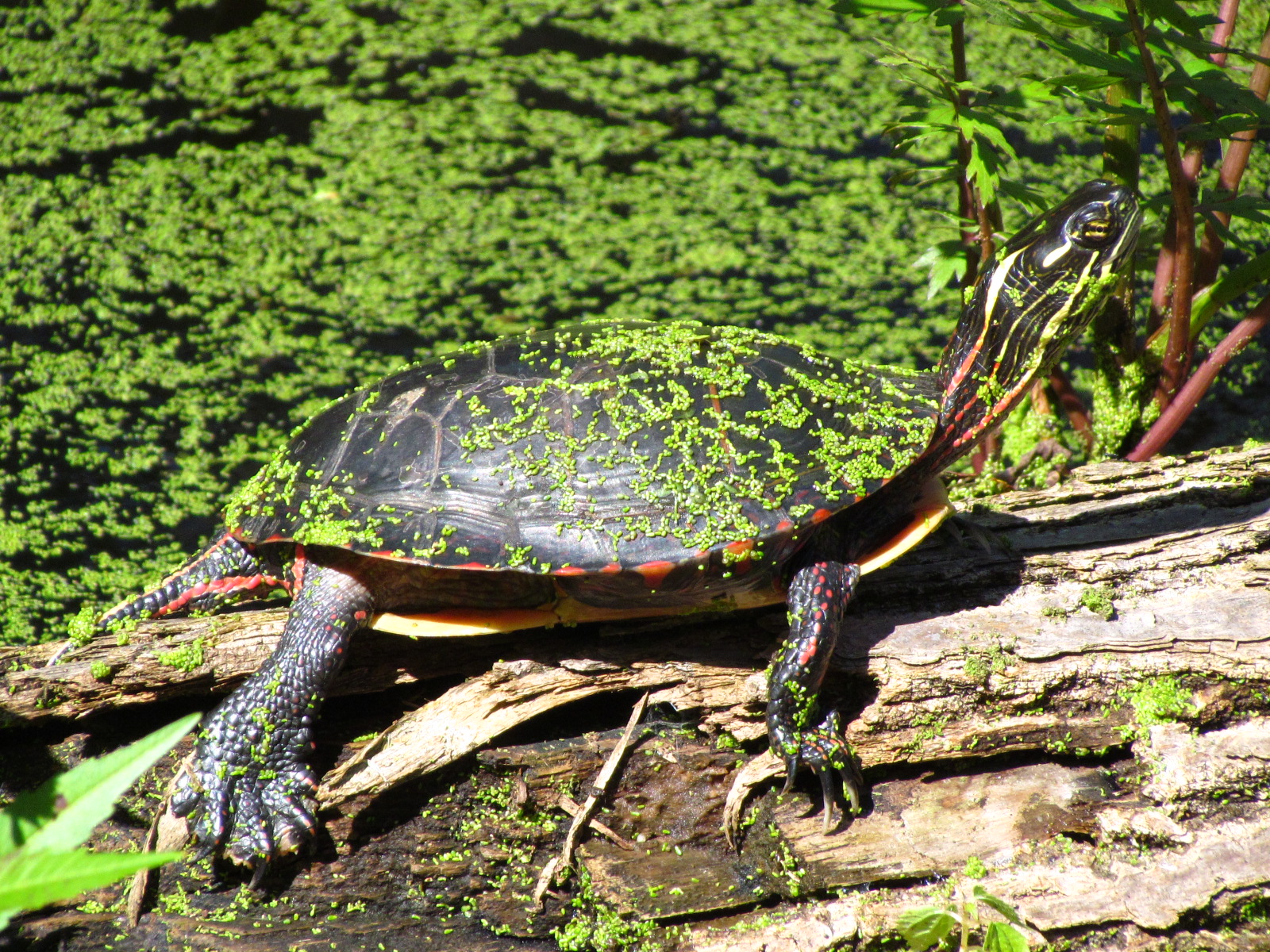 Five: THE BUZZ OF BUMBLE BEES

Unlike honey bees that gather honey and stay active all winter within their hives, most bumble bees die way before the frost. The queen bumble bee mates in the waning days of summer and hibernates in a safe place all winter, often within a decaying log in a forested landscape or under wood chips in a landscaped garden. In the early morning hours, and again late in the day, it is easy to find bumble bees resting on blossoms all across the wilder side of the county. 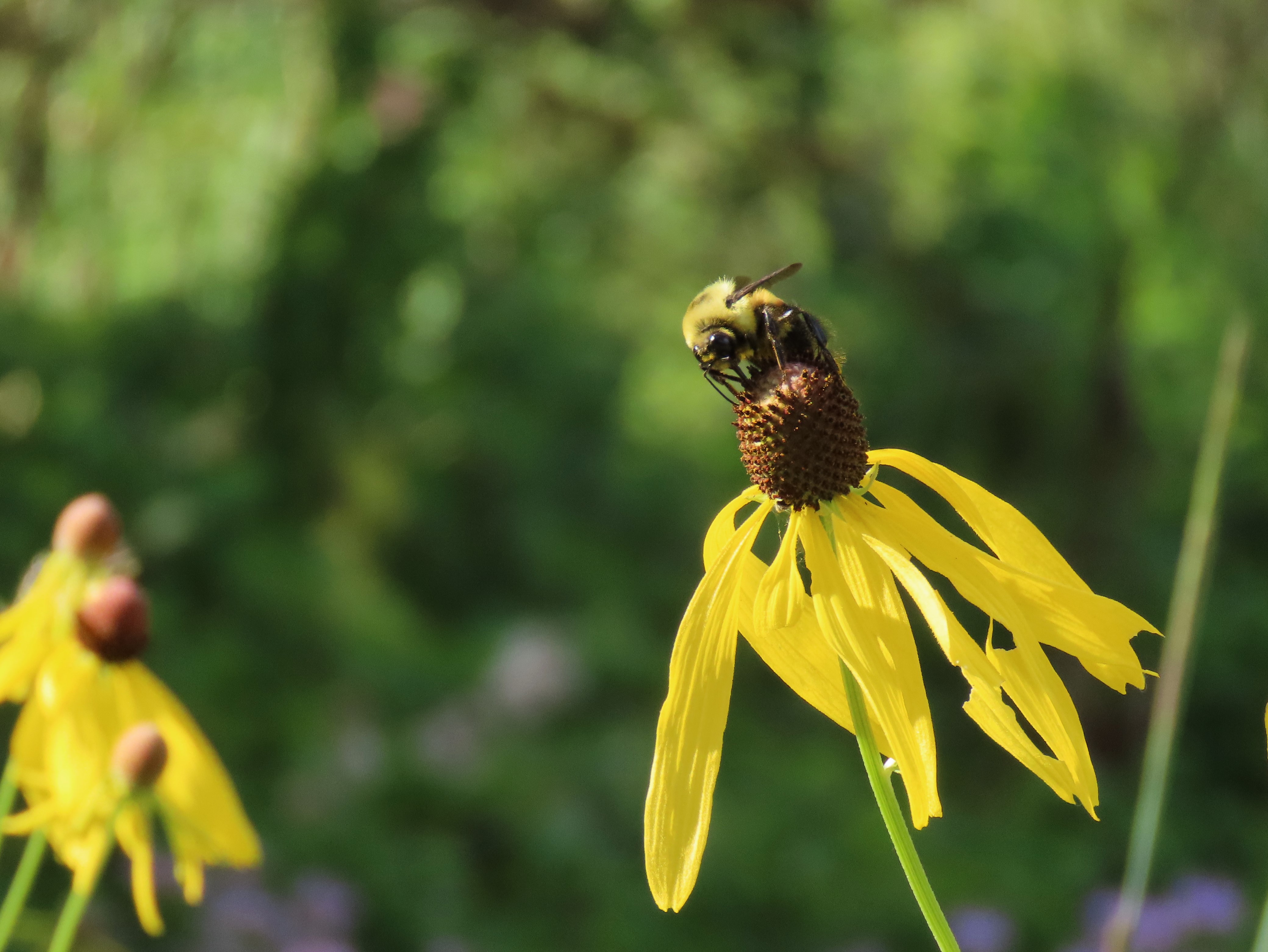 Walk as silently as you can by the edge of ponds and you will find frogs in the shallows, waiting motionlessly to ambush a flying insect that comes too close. Sometimes you might spot their reflection first. Perhaps the frogs know the season of abundance will end next month. I’d like to think frogs reflect on the season’s end as the days shorten, something nature loving humans definitely do.

The thorns on their stout stems can tear skin, but that does not stop me from visiting my favorite harvest location for wild blackberries on public lands. They are big and juicy with a rich taste, and just like last year, they started to ripen at the approach of Labor Day weekend. By the time of the Autumnal Equinox, they will be gone, for winged and four-legged creatures also love this wilder side treat. 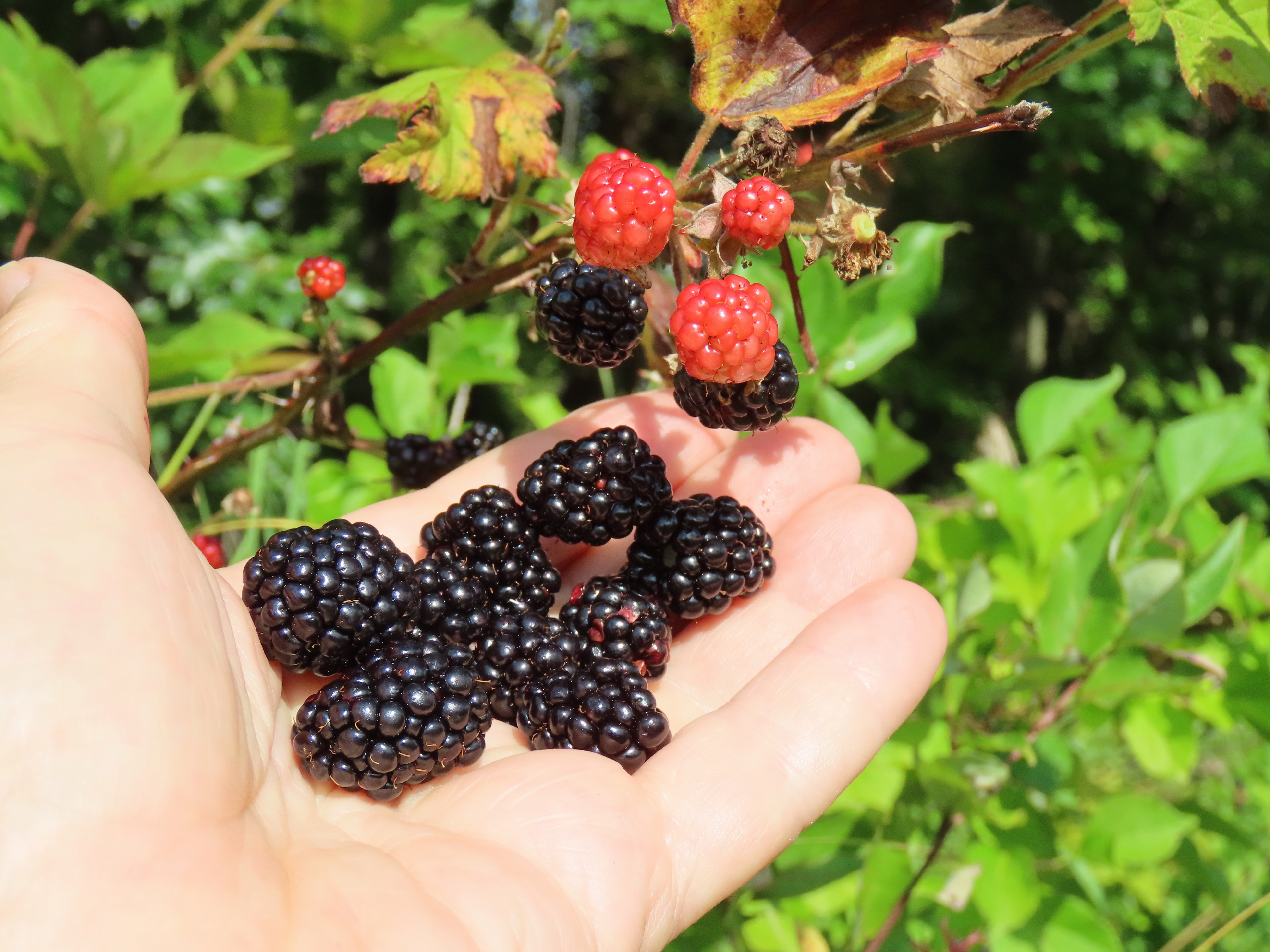 Unlike milkweed-obsessed monarchs, our beautiful eastern tiger swallowtails lay eggs on a wide range of host plants. In these waning days of August, they flit about meadows and complete their life cycle. By the time summer officially ends, they will all be gone; for none live for more than about three weeks. Their life clock is ticking.

Eastern Massasauga Rattlesnakes are rare, but very much at home in Oakland County. (Michigan appears to be the last stronghold for this species with more massasauga populations than any other state or province within the species’ range. They are listed as a federally threatened species under the Endangered Species Act.) Live and let live is the way to go for this fully protected venomous reptile that is classified as a threatened species. As summer slowly fades, a lucky few may spot a rattler sunning near a trail. Several “ends of summer” have passed since I was ever so lucky as to encounter one at Independence Oaks County Park and create a short video. A few years ago, I was excited to photograph another one sunning on a late summer’s day on the paved hike-bike trail of Indian Springs Metropark. Why on the trail? Snakes practice thermoregulation and the dark pavement suits their need for warmth as a cool summer day ends.

Nature has a near endless array of signs of seasonal change. I’ve shared nine signs of summer fading so far, and purposely saved the waning days of summer for the tenth sign. These are the days that really belong to children who are excited by the little things that surround us, a thought well amplified by the words of Luther Burbank in his timeless words: “Every child should have mud pies, grasshoppers, water bugs, tadpoles, frogs, mud turtles, elderberries, wild strawberries, acorns, chestnuts, trees to climb. Brooks to wade, water lilies, woodchucks, bats, bees, butterflies, various animals to pet, hayfields, pine-cones, rocks to roll, sand, snakes, huckleberries and hornets; and any child who has been deprived of these has been deprived of the best part of education.” Perhaps we should follow their lead and embrace every moment of every season. 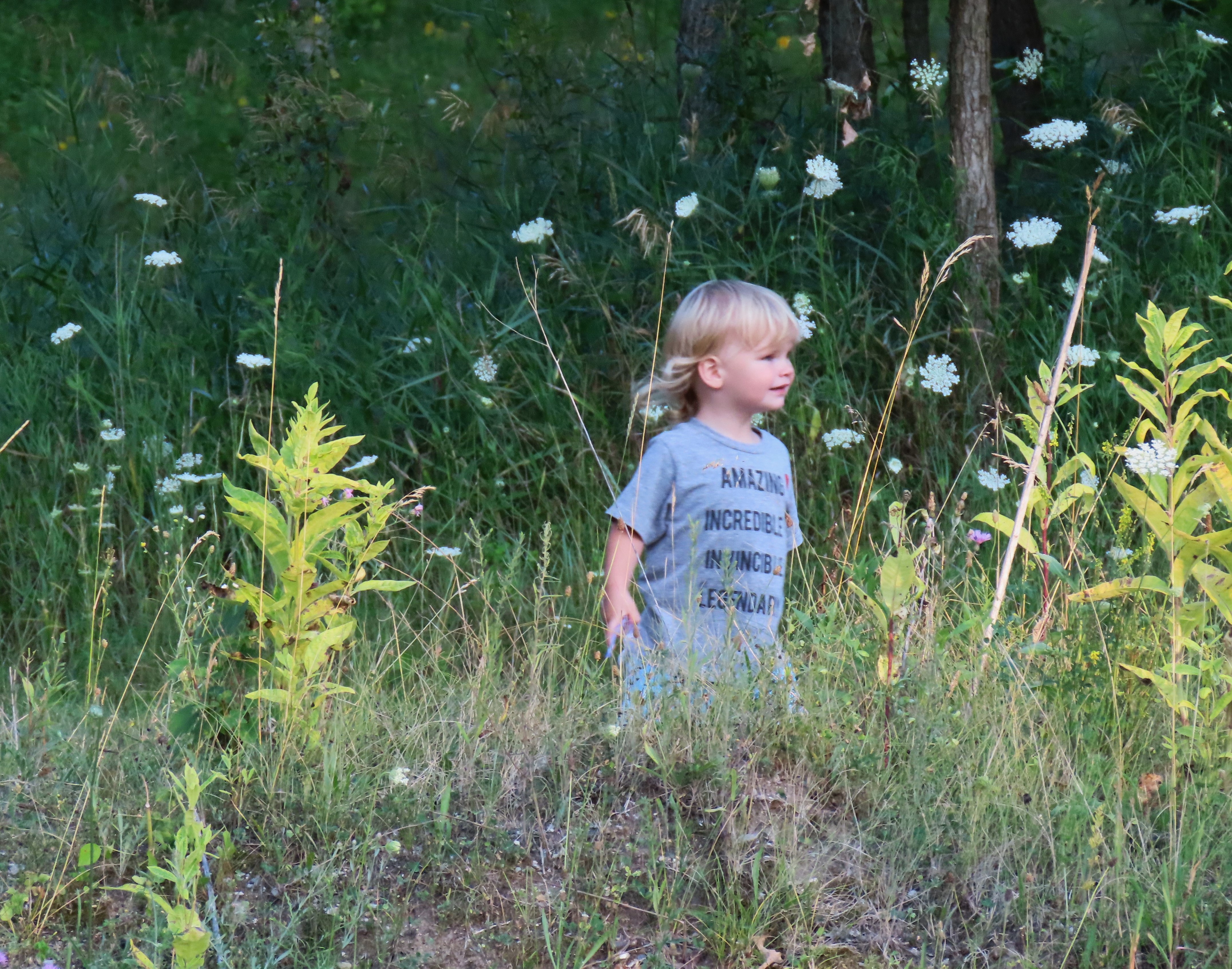