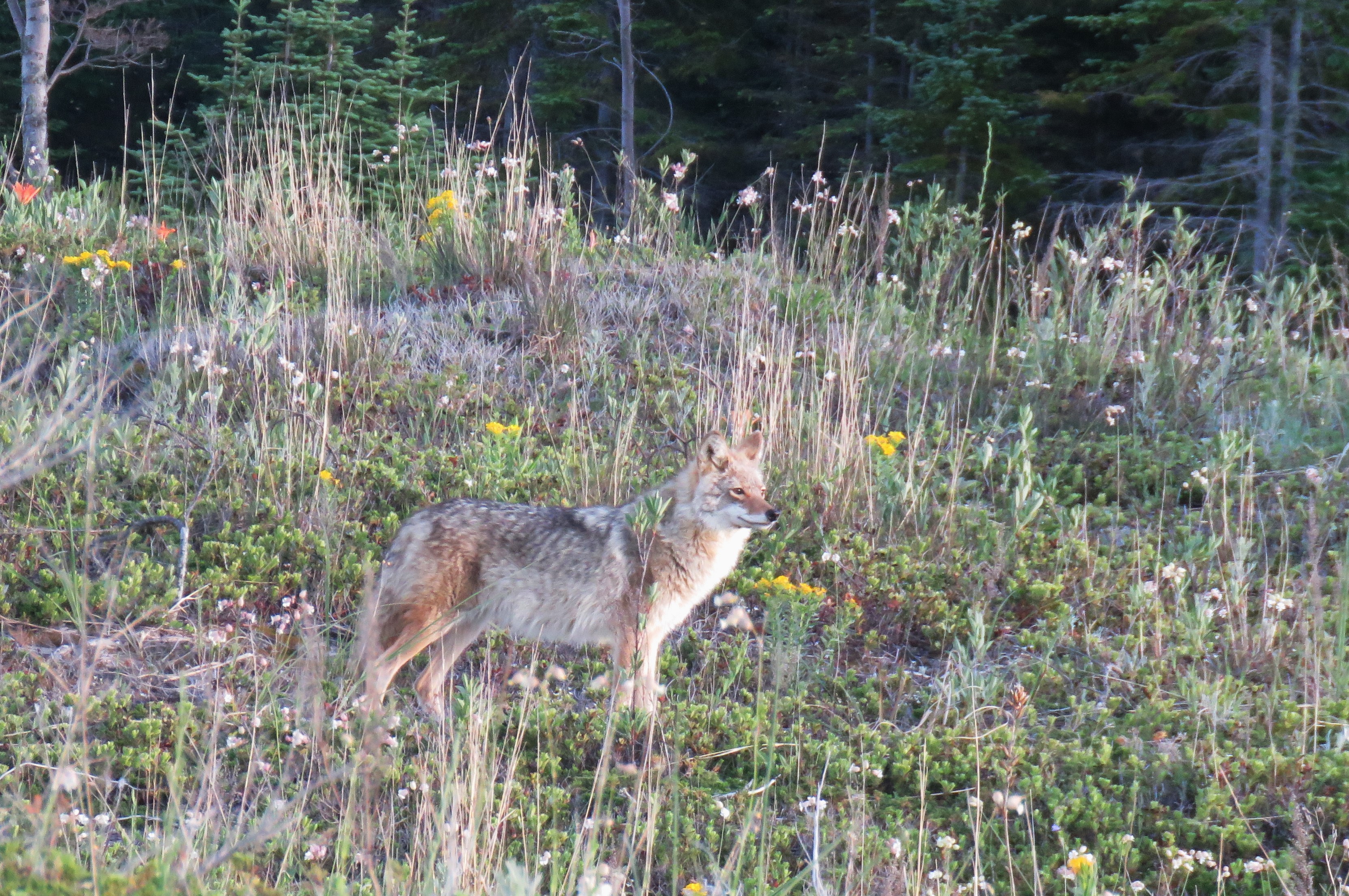 It happens about once a month. I receive a question about a wildlife photo that’s included in my Wilder Side of Oakland County blog, or that I have shared on Facebook or used in a presentation. “How close were you to get the photo?” is the most common question. I try to answer as honestly as I can, even when the answer is, “I’m not real sure, I was focused on watching its behavior and just kept clicking.” I smile when the other type of question comes my way, “I hope you did not scare it away!” I interpret that as coming from someone who was raised to not disturb wildlife: a person that practices ethical photography when it comes to wildlife – even if they don’t realize it. 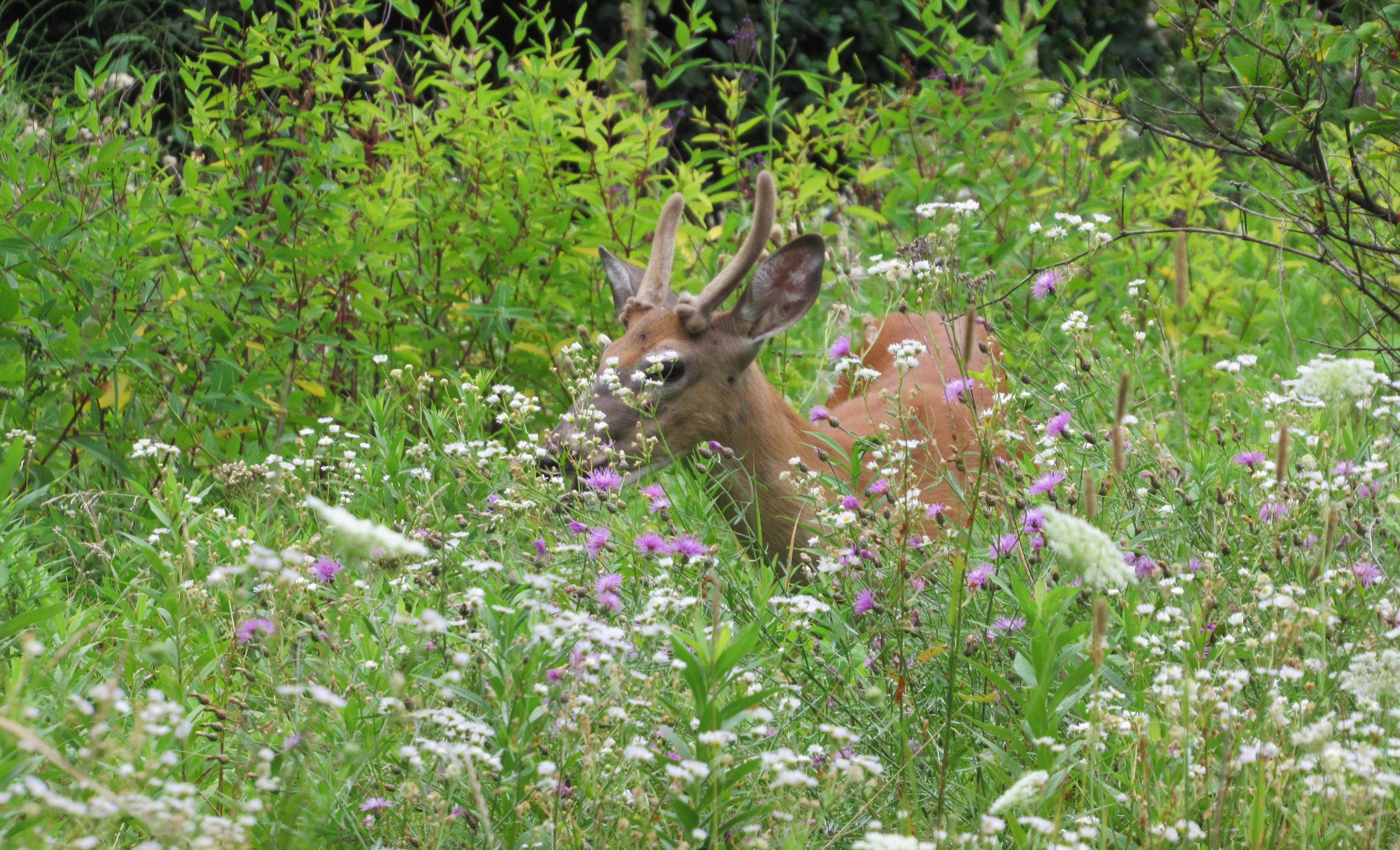 We’ve all heard the stories that sometimes end tragically when someone attempts a selfie with an elk in a national park, or mindlessly places their child on a split rail fence near a herd of bison to get that perfect photo for social media sharing. Just last month, a man intentionally crossed barriers and waded into a stream in Alaska’s Katmai National Park and Preserve to get a selfie with brown bears that were fishing for salmon at Brooks Falls. The National Park Service explains, “Brooks Falls is one of the best places in the world to watch brown bears because it is one of the first streams in the region where energetic and pre-spawned salmon are available to bears.” Thankfully for the selfie-seeking man, he escaped with just impending criminal charges for violating posted park rules. 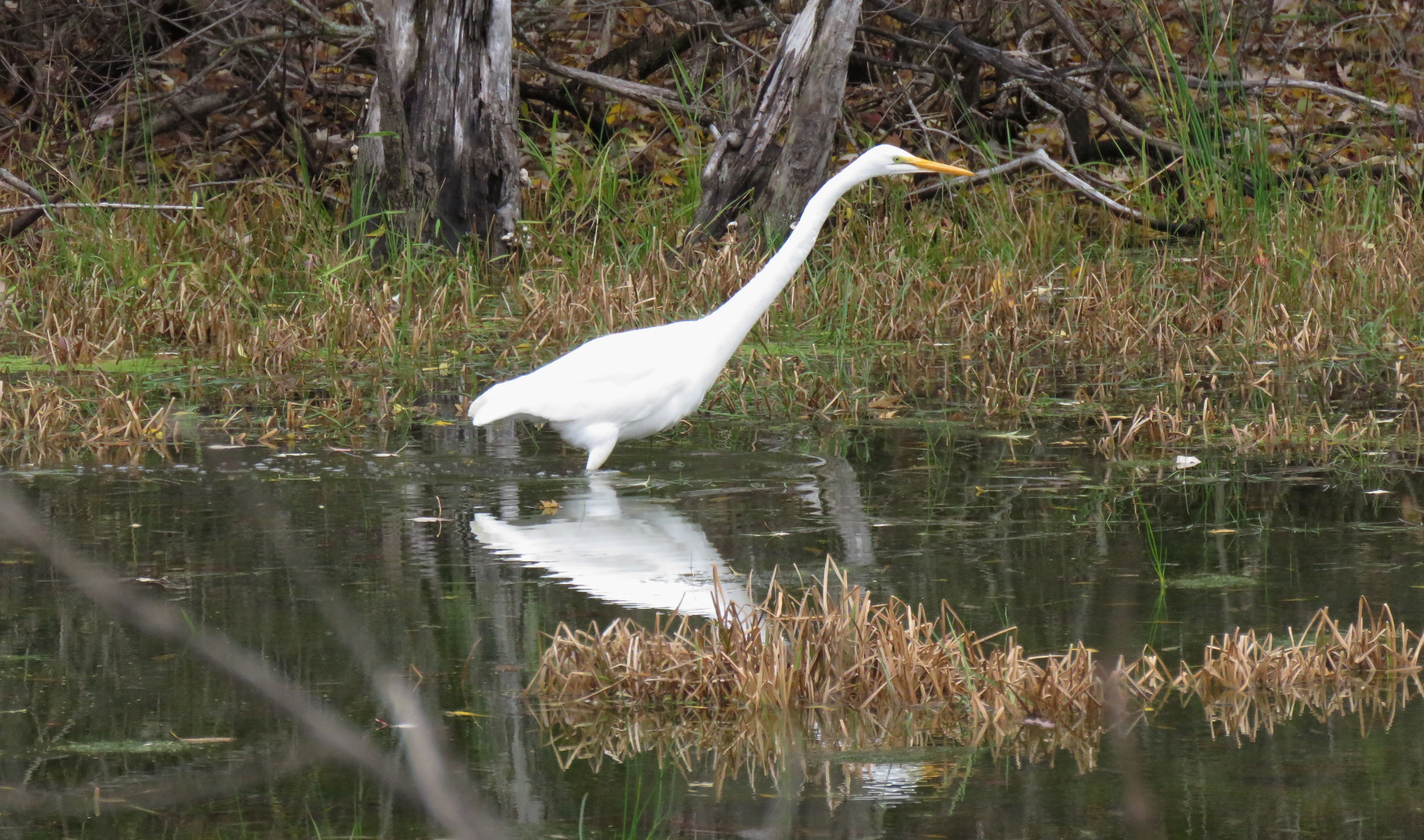 Oakland County has also had incidents of poor human behavior to capture photos, but they are far less dramatic and far less “media-worthy.” It could be just as simple as walking up to a goose on a nest to capture a close-up photo, and the goose “charges” forward. Snake bites make news, especially when it’s the rare encounter with our reclusive eastern massasauga rattlesnakes. The one or two rattler bites that occur in Southeast Michigan each year are almost always on the hand, not the ankle. That speaks volumes, for snakes don’t jump up to bite a hand. It was a photo I shared a few weeks ago, taken by me four years ago at Indian Springs Metropark, that got me thinking about wildlife encounters in relation to ethics. A rattler was sunning on the relatively warm pavement of their popular hike-bike trail and a small appreciative crowd had gathered on that early autumn day. I slowly laid down on the pavement about six feet away and zoomed in for photos. I was not so close however as to disturb it, and had the knowledge that contrary to myth, a rattlesnake cannot leap forward to “get you.” However, I would not have wiggled anywhere close to striking distance, which would have been about two-thirds of the snake’s length. That action would have also disrupted the rattler’s normal behavior. When the photo resurfaced, the questions came in again, “How close were you?” Six feet would have been a potentially dangerous proximity for many creatures. In this case, it was not for the snake, nor for me.

Back in June, I captured my “best ever” photo of an eastern coyote in its natural habitat on South Manitou Island, 14 miles offshore from the mainland of Sleeping Bear Dunes National Lakeshore. It was that totally unplanned encounter that actually inspired today’s blog. My earlier “best ever” photo of a coyote had occurred at Addison Oaks County Park when a coyote had slipped into a retention pond and was calmly sitting in water before park personal, Oakland County Animal Control and I hatched a plan to allow its escape. But the habitat-rich South Manitou Island photo stirred many questions including, “Weren’t you scared,” and the one I expected and happily answered, “How close were you?” About 150 feet away was the answer.

And that’s where this tale of tale of wildlife behavior and situation awareness really begins in relation to photography and ethics. I’ll toss a disclaimer in here now as well:

Every scenario will have its own defining boundaries as to how close is too close and much of that depends on the habitat, the season of the year and the knowledge of the photographer about the species natural history, likely behavior and the surrounding natural features.

I’m also writing this with the assumption that a respectful person will not pursue a perfect photo at all costs, but will instead ignore the pressures of social media and take no actions that will disrupt the behavior of the species. A photo that shows natural behavior in its natural habitat is, at least to me, far more powerful than a super close up image that shows just the creature and nothing else.

As for the coyote trotting over the vegetated dune, it’s important for readers to know I had been on the island for over four weeks as the lighthouse keeper for South Manitou, and that means in all likelihood that the coyote had come to know my ways, my wanderings and my behavior very well – most likely far better than I knew its ways. I was simply sitting on a foredune (I’m always armed with my camera) and unknown to me the coyote was scrounging for ripe wild strawberries when our eyes met. It hesitated for a moment as it most likely sized me up and thought to itself, “Oh, it’s just him,” before continuing on its trek, giving me a sidewise glance as it passed by on its berry foraging mission. It’s a photo that could not have been planned. Unplanned photos usually turn out to be the best photos, especially when they capture natural behavior. 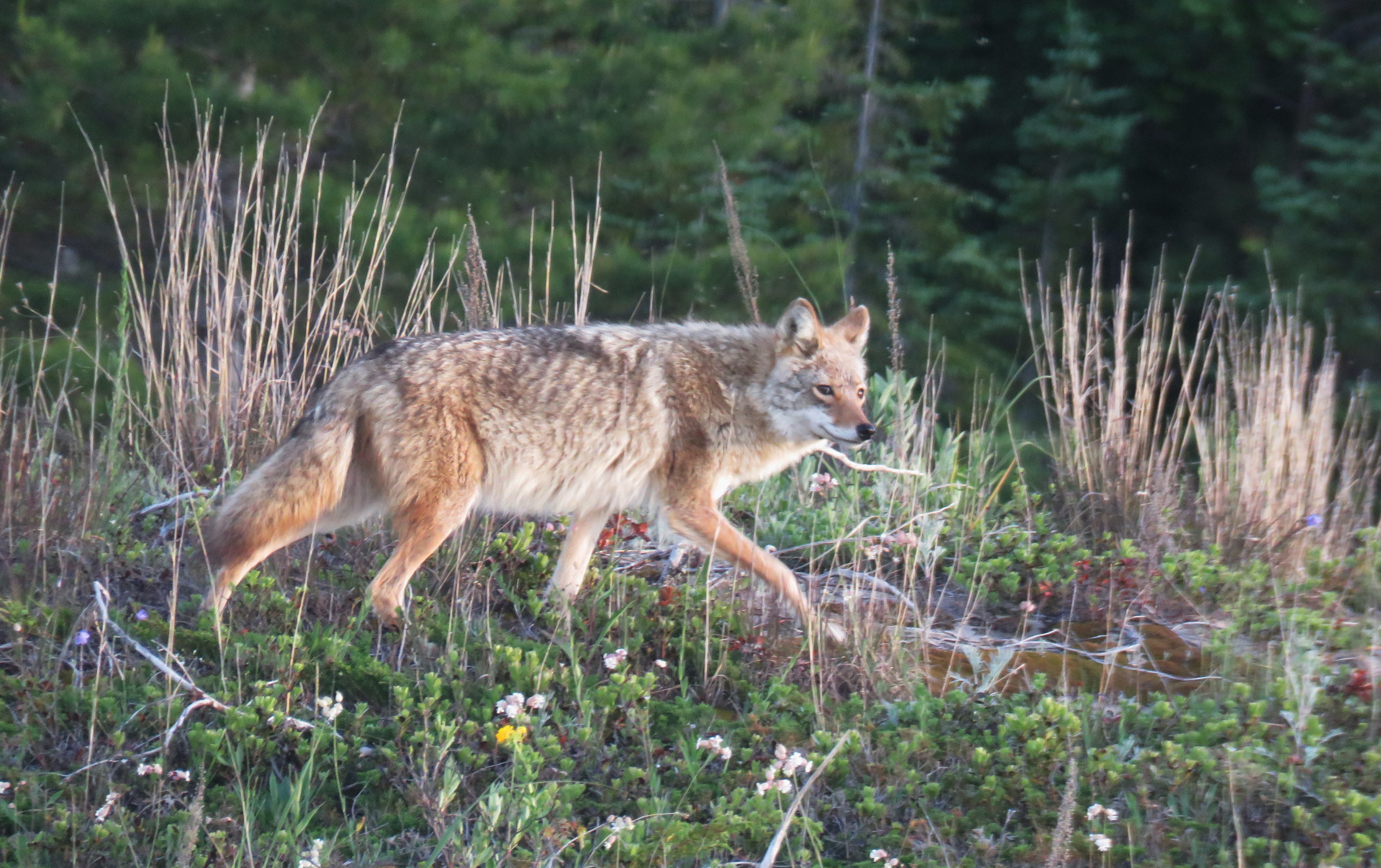 Planning a photo through habitat manipulation or baiting with food is, in my opinion, unethical and unwise. An easy food source creates unnatural gatherings, while cutting brush away from a den site to better watch fox pups playing, or trimming branches from a tree for a clear image of an owl nest puts the species at risk from other humans and natural predators. Likewise, taking any action that stresses an animal is unwise and unhealthy, and that would include closely approaching most species. Typically, but not always, the more the creature of your quest is aware of your presence and watches you, the more likely you are too close, but there are exceptions.

Last week I meandered along the Habitat Trail of Independence Oaks County Park. The deer that live in those woods “know” people and take humans “on the trail” in stride. I simply stood still on the trail and talked to the deer that wandered within about 100 feet of me. It was easy to get photos as the doe went back to grazing and her twin fawns would look up at me every now and then. That technique would not work with deer that live in wilder regions, or if I hiked with a noisy group or leashed dog.

No matter what the circumstances, or the creature of your quest, a professional or casual wildlife photographer should put animals and the natural environment first, and photography second. April Bencze of The North American Nature Photography Association Ethics Committee explains it this way, “Ethics are not simply a factor to be considered in wildlife photography, but exist at the core of documenting living beings. Without ethics, wildlife photography is at risk of being another way we exploit nature, potentially harming the very animals and landscapes we celebrate in our images.” 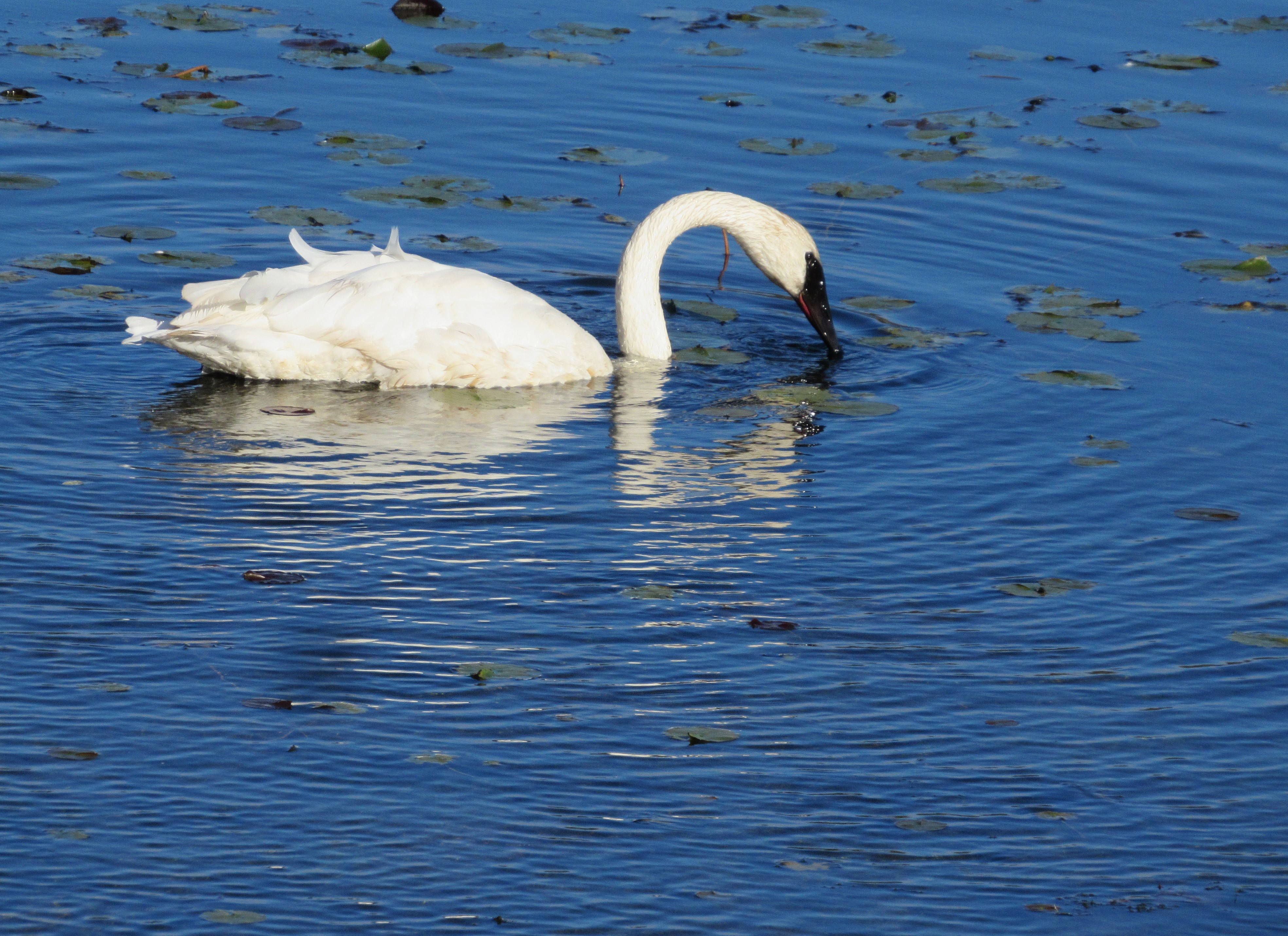 Wildlife photography should not interrupt any natural phenomena, and that includes interrupting any predator prey interaction that occur within the natural environment. Never crop out the defining habitat, for the habitat enhances the story and also lets others know the photo is real, and in the wild. As summer slowly wanes, new opportunities for that perfect photo in natural habitat emerge. Walk slowly, stop often, look and listen and you will find images that showcase the wonderment and wildness of nature’s way. 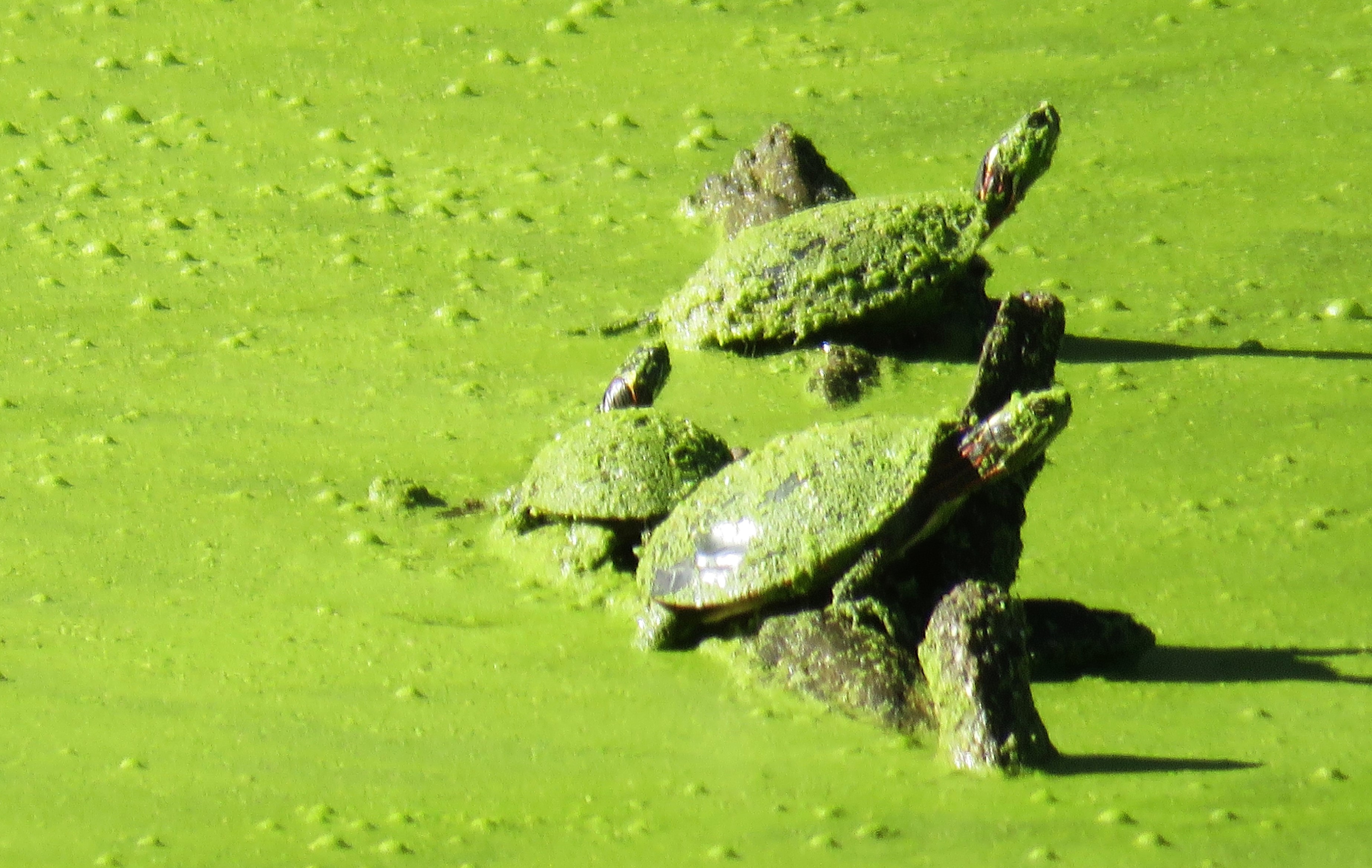