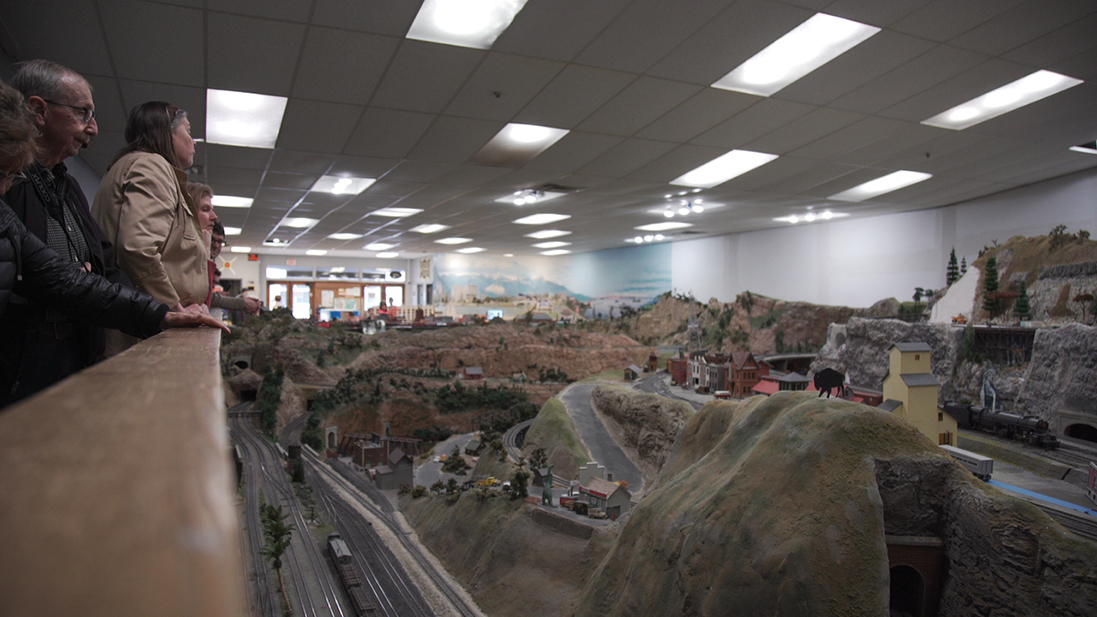 Little things are a big deal at the Detroit Model Railroad Club. The club, located in Downtown Holly, is opening the 2017 edition of their iconic Michigan Union Railroad to the public this November, making it a must-visit destination this holiday season.

Train lovers young and old will be dazzled by the layout’s level of detail and artistry; hamlet communities and mid-sized cityscapes sit among the hills, valleys, and gently rolling rivers that define it. “The final,” as its members affectionately call the setup, may be a miniature, but its scope and history are life-sized. It is over four decades in the making and features 1,000 pieces of rolling stock. The club’s fleet of radio-controlled trains ride in style along a mile of hand-made track, allowing them to navigate the gargantuan Michigan-inspired landscape. 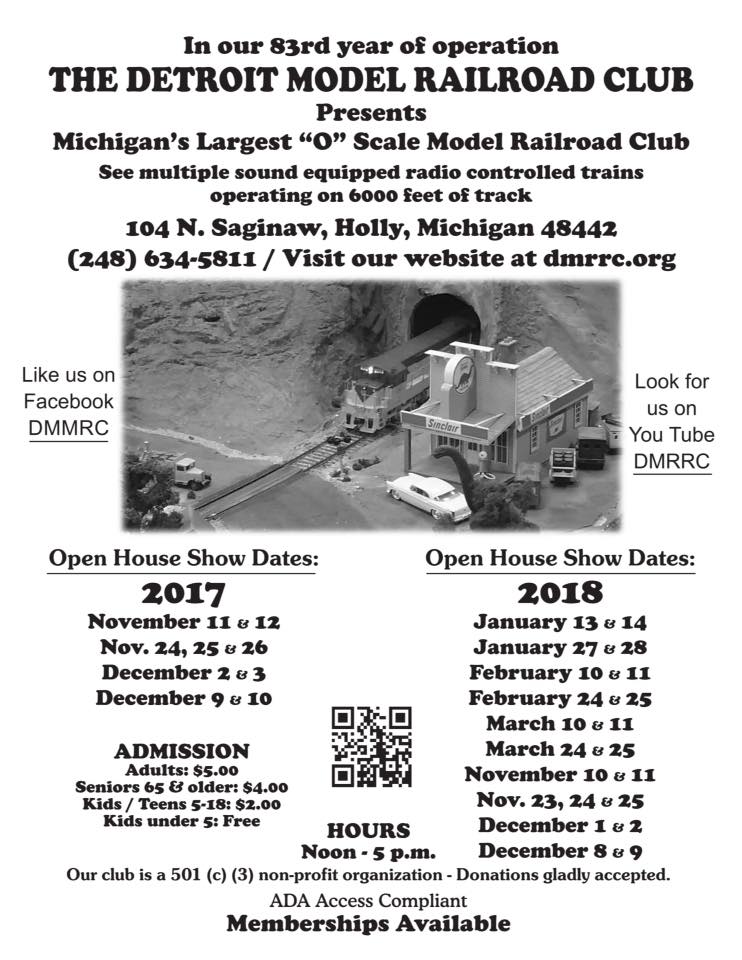 From April to October, the Detroit Union Railroad is closed to the public. During that period, excited onlookers are replaced by sawdust and wet plaster–the product of nearly endless expansions in size and detail. In that time, club members sculpt new hillsides and mountains, lay new track, and allow the locomotion of their imaginations to translate into the next year’s layout.

The Detroit Model Railroad Club is fun for visitors young and old. So if you love trains or simply appreciate the scale and artistry of their creation, be sure to visit this must-see destination during its Open House Show Dates from November to March. And if you need your fix of model train action year-round, club membership may be for you.