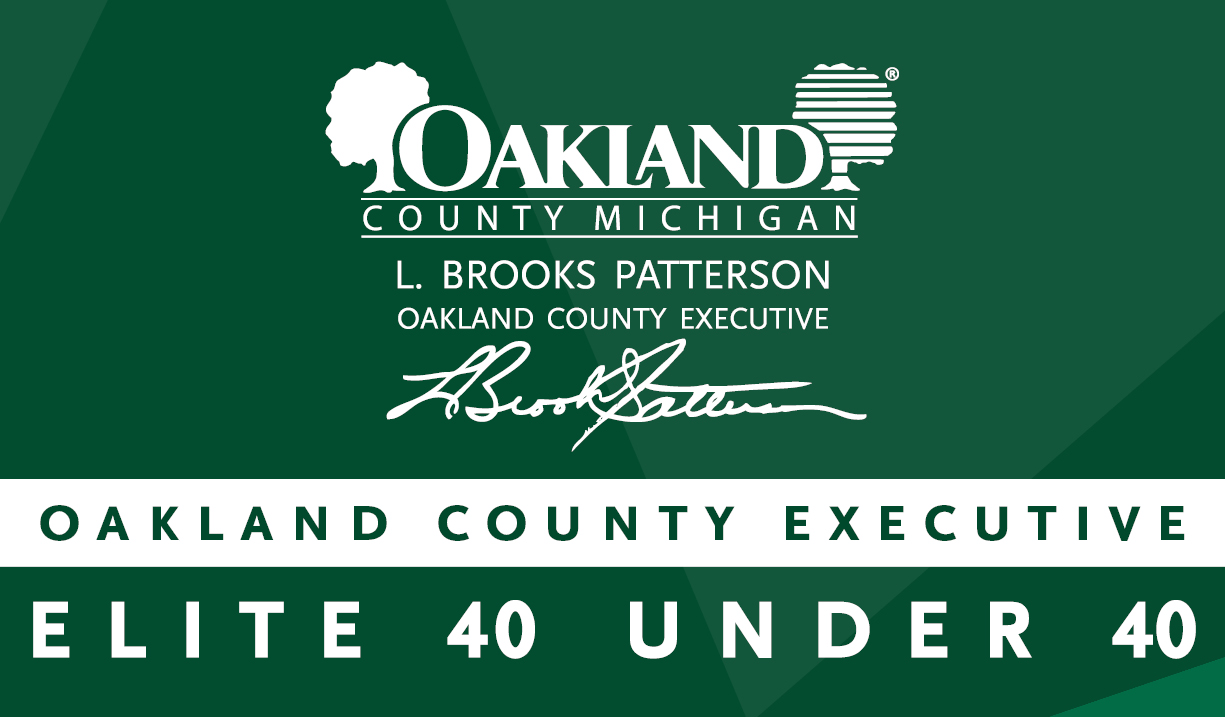 Oakland County Executive, L. Brooks Patterson has officially announced the 2017 Elite 40 Under 40 class. Three finalists have been chosen out of the highly talented class, and public votes are needed to decide the winner for 2017. The winner will announce Patterson at the 2017 State of the County address on February 8th, will participate in Oakland County signature events and more. The Top 3 Finalists are: Brooke Wilson Vitale, 29, owner, Love & Buttercream LLC; Carrie Schochet, 37, CEO/Founder, Purple Squirrel Advisors; and Richard J. Chalmers, D.O., 36, Director of Family Medicine Residency, McLaren Macomb Hospital. 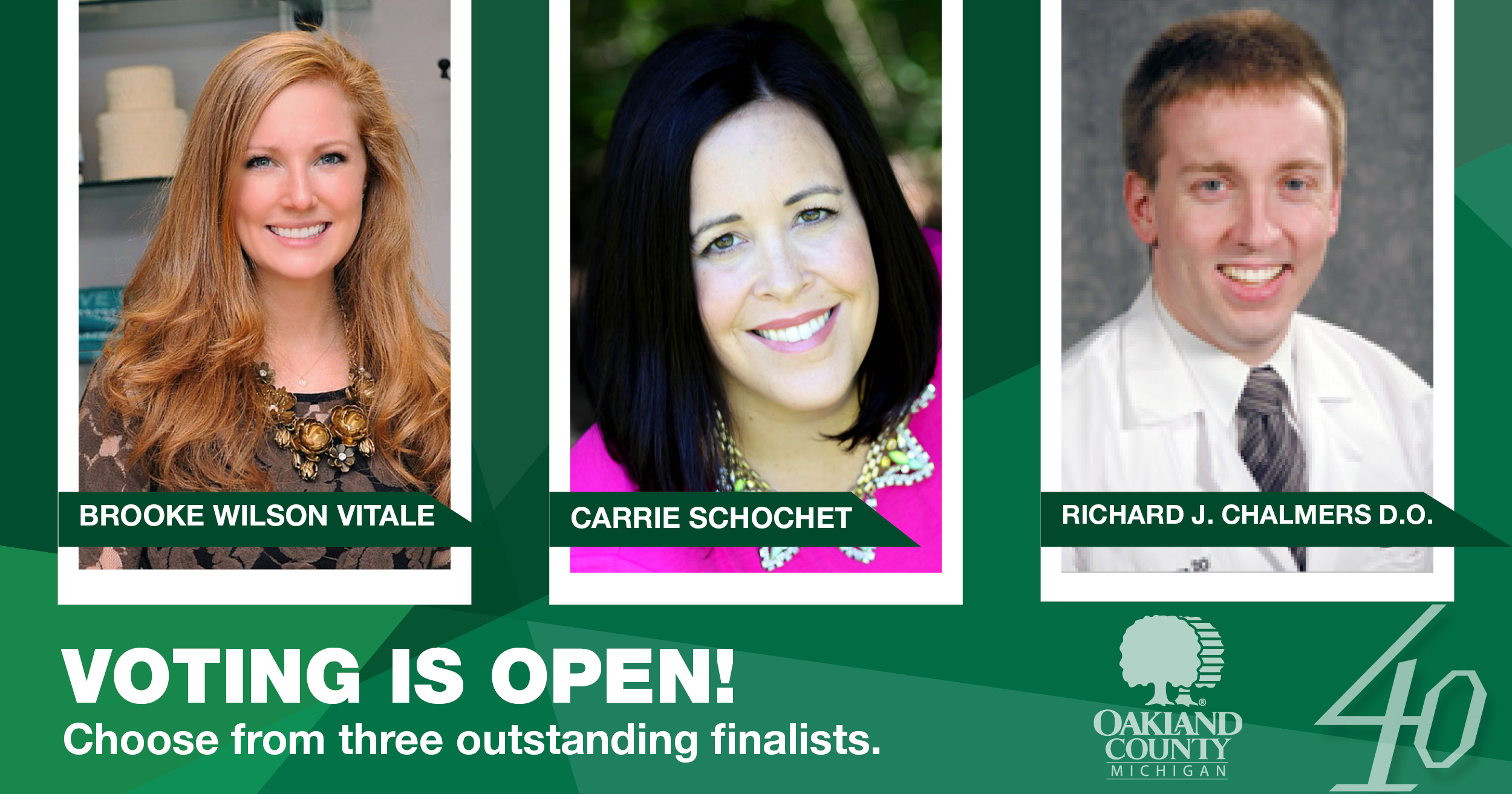 We congratulate the entire 2017 Elite 40 class and invite you to view the complete class list on our website. Voting for the winner runs Monday, January 23rd at 9 a.m. through Friday, January 27th at 5 p.m. Cast your vote once every 24 hours during that time at Elite40.com.

Learn more about the top candidates and vote online today through Friday: 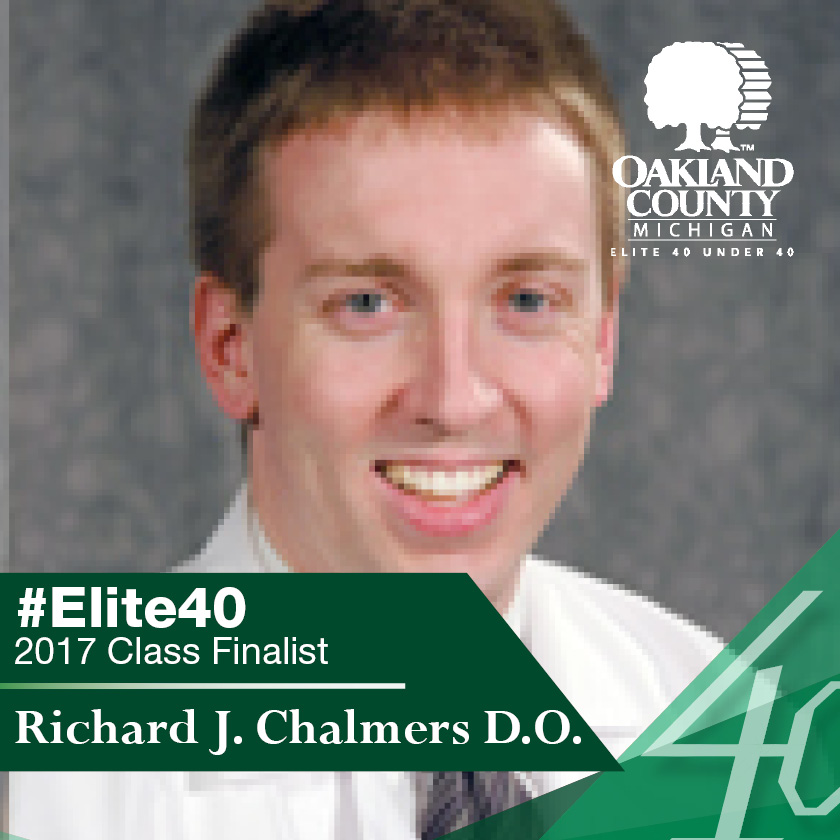 Richard J. Chalmers, D.O., 36, Director of Family Medicine Residency, McLaren Macomb Hospital
Chalmers lives in Rochester Hills and is a graduate of the Michigan State University College of Osteopathic Medicine. He began his family practice in 2010 with the McLaren Medical Group and was named director of the family medicine residence program at McLaren Macomb Hospital in 2015. He is an assistant clinical professor at the MSU College of Osteopathic Medicine. He is director of the hospital’s Medical Outreach Clinic, which treats uninsured patients at no cost. Chalmers has been to Guatemala three times as part of a team of doctors, nurses and volunteers through DOCARE International, providing care to more than 3,000 patients. He volunteers to educate underprivileged high school students interested in medicine. “It is an honor to be allowed to take care of a patient and I find it very fulfilling to train medical students and resident physicians to do the same,” he said. Chalmers is married and has two sons. 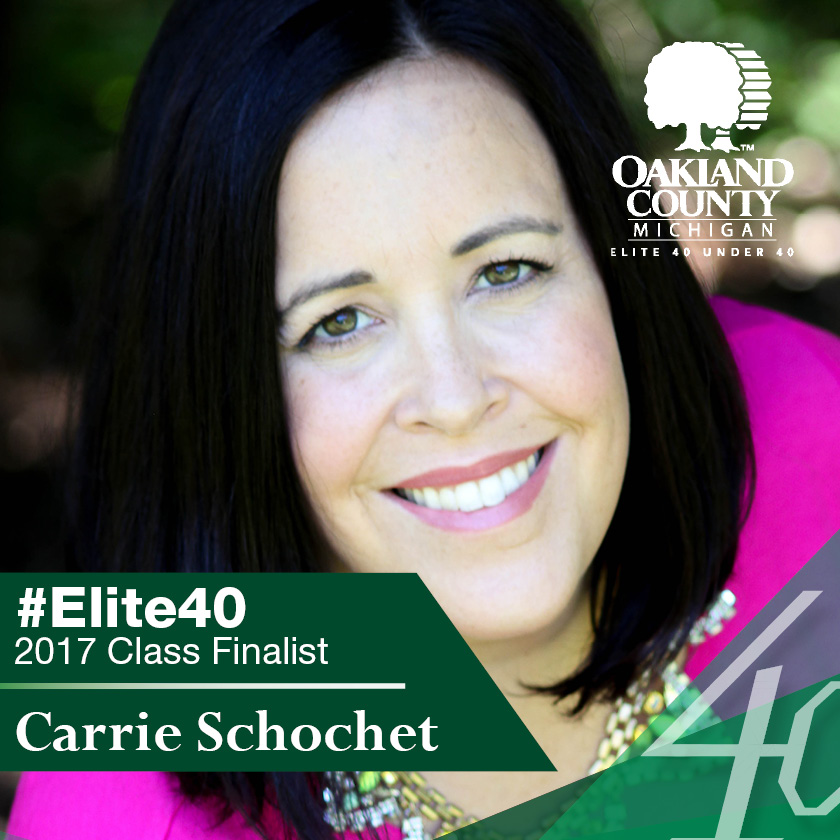 Carrie Schochet, 37, CEO/Founder, Purple Squirrel Advisors
Schochet is a Rochester Hills resident who heads a Troy-based boutique executive search firm that connects unique C-level and senior executives with leadership positions in finance, accounting, human resources, operations, sales and marketing. She is also founder of CFO Next, a group she launched in 2013 when she discovered a lack of resources and networking opportunities for transitioning or unemployed senior financial executives. The group placed 60 people into new career opportunities in the first two years and assisting another 20. She is a passionate philanthropist, raising funds for a number of non-profits, including ALS research, the Leukemia & Lymphoma Society and Power Company Kids Club. In 2016, she co-founded 100 Businesses Who Care to connect executives who want to make an impact in metropolitan Detroit. The group is set to give a $50,000 donation to a local non-profit twice a year starting in 2017. Schochet is married and has three children. 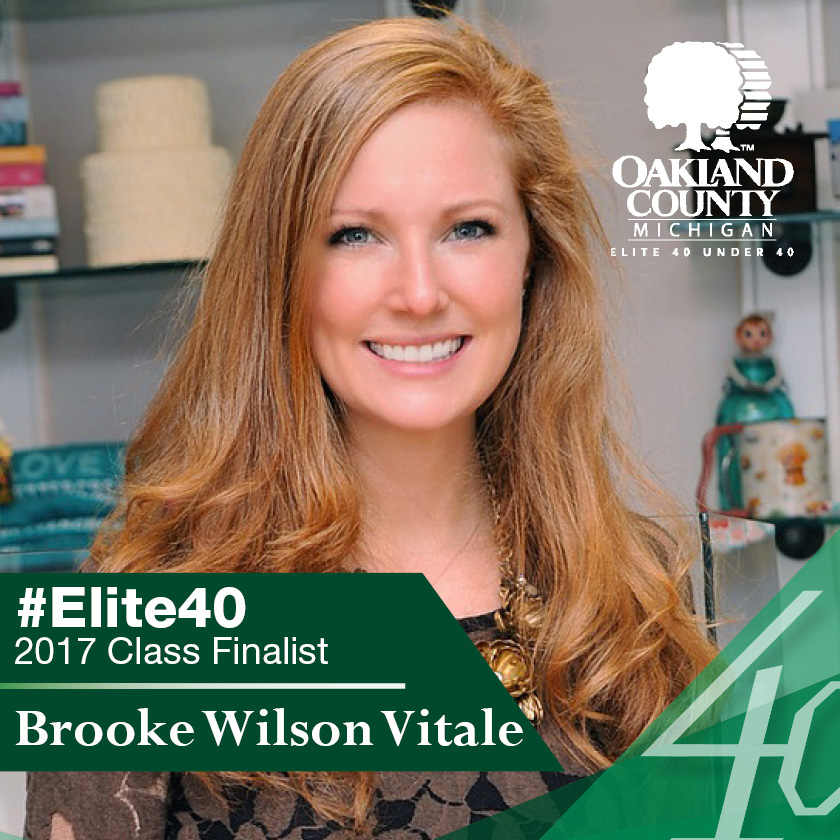 Brooke Wilson Vitale, 29, owner, Love & Buttercream LLC
Vitale of Royal Oak is the force behind Love & Buttercream, a Royal Oak-based specialty bakery she opened in 2012 after turning a hobby into her passion. She began perfecting recipes in her parent’s lower level kitchen and selling the results at farmer’s markets. Her from-scratch recipes meant business. The bakery’s cookies were named HOUR Detroit’s “Best Cookie” in 2014, 2015 and 2016. Love & Buttercream was also named Eater’s “Top 5 Bakeries in Metro Detroit.” The bakery, which has a location in Birmingham, provided wedding cakes and desserts for 400 couples in 2016 and is the exclusive provider for wedding cakes for the Infinity and Ovation Yacht Charters on the Detroit River. Vitale, who is a Michigan State graduate, has provided baked confections for various charitable events, including a 1,000 cookie display to benefit children with cancer and providing cakes for Celebration of Life parties for seriously ill children.

“I am continually amazed at the caliber of young leaders we have,” County Executive L. Brooks Patterson said. “We think the whole class is superb and the top three are outstanding. The future of our county is very bright and the region is in good hands.”

The Elite 40 program, now in its sixth year, had nearly 400 applications and nominations reviewed by a panel of judges, looking for the top 40 young professionals and thought leaders who live or work in Oakland County. The 40 honorees have achieved excellence in their field and contributed to the quality of life in their communities.