Voting for the Oakland County Executive’s Elite 40 under 40 Class of 2015 is now open. We invite you to cast your vote online to choose the winner of this year’s class.

“There are so many talented young people who are a vital part of Oakland County,” County Executive L. Brooks Patterson said. “Their innovation, talent, leadership and ideas will help shape this county for years to come. I’m thrilled with the class that was chosen and encourage the public to participate in the online vote for the candidate they think is the best of the best.”

Nearly 500 applications and nominations were reviewed by a panel of judges, looking for the top 40 young professionals and thought leaders who live or work in Oakland County. The 40 honorees have achieved excellence in their field and contributed to the quality of life in their communities. Of that group, the three candidates who scored the highest are placed before the public vote to determine a 2015 winner. Online voters must choose between the three top candidates. 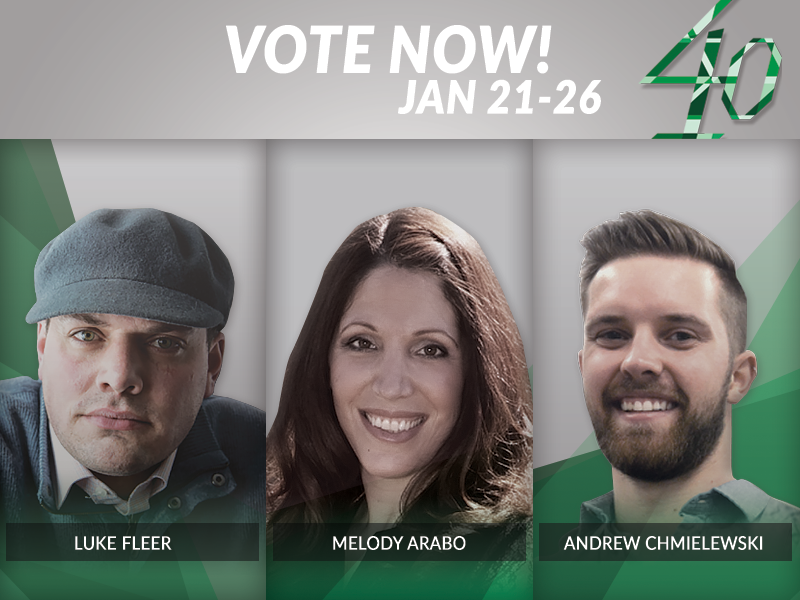 Voting continues through Monday, January 26th and closes at 5:00 p.m. Individuals may vote once every 24 hours at AdvantageOakland.com. Among other opportunities, the candidate who receives the most votes will introduce Patterson at his State of the County Address on February 4, 2015 and get free business classes from the One Stop Shop Business Center.

The complete list of 40 members of the 2015 Oakland County Executive’s Elite 40 Under 40 class can be found here.