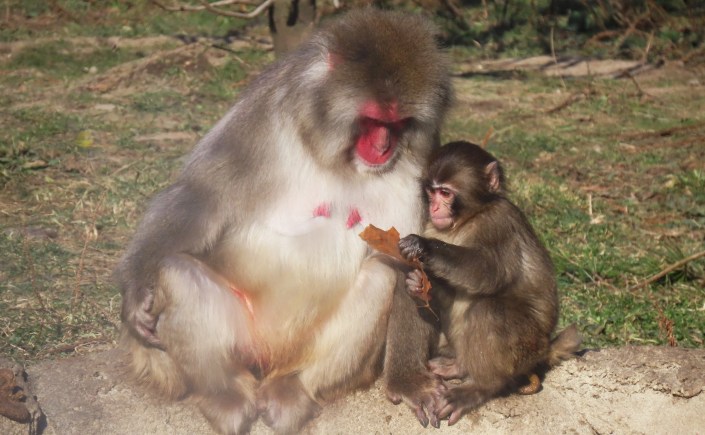 The dawn of spring is just hours away and activity at the Detroit Zoo is full speed ahead. Today’s Wilder Side of Oakland County nature and trails blogs shares a blue-sky exploratory adventure, including seven favorite wildlife encounters and a look at one of the behind-the-scenes operations of this world class zoo that’s operated by the Detroit Zoological Society and located in southernmost Oakland County.

However, before you grab the kids and race off to the zoo, know this: Advance reservations are mandatory and the number of visitors at the zoo at the same time are limited. Reservations are easy to book, following the links on the Detroit Zoo website: www.detroitzoo.org. Masks are required and everyone that is five years old or older must wear them at all times. As of this writing, buildings housing exhibits remain closed.

Here is some of what the Detroit Zoo shares on their detailed website, “We are excited to welcome you back to the Detroit Zoo! Our goal is to provide a great Zoo experience in an environment that is as safe as possible for all. To maintain the health and safety of our guests, staff and endangered animals, there are a few safety guidelines and updates we would like you to review prior to your arrival. Thank you for doing your part!” Read their full health and safety policy here so you know what to expect, what is open, and what is closed: www.detroitzoo.org/health.

My friend and I made reservations for a 10 a.m. opening and discovered, much to our delight, that with limited numbers of humans on the zoo grounds at any given time, photo opportunities were awesome. We had barely entered the zoo grounds when we noticed a Red-tailed Hawk perched alongside a zoo pathway. An employee noticed us watching and shared the fact that the hawk is fond of feasting on squirrels. I thought to myself, “Nature’s way in action,” and then it was time to explore, starting with a visit to the 14,000-square-foot “Red Panda Forest.”

Although the canopy walkway that extends 80 feet through the panda habitat was closed, it was easy to watch the pandas from the ground level. With a lack of visitors, the viewing of these russet-furred forest dwellers, native to the Eastern Himalayas, was superb. We watched them climb about tree branches with incredible ease, a feat made possible by semi-retractable claws that can cling to branches, fur on the soles of the their feet that help prevent slipping in wet conditions, and a bushy tail that is almost two feet long and functions a bit like an acrobat’s pole. From time to time, one would scurry across the ground, almost in a raccoon-like fashion, exposing the distinctive white markings on its ears and face.

After leaving the Pandas, we meandered over to the spacious habitat of the Amur tigers and watched one that was enjoying a sunshine catnap, interrupted at times by big yawns and tongue-licking grooming that was similar to the behavior of a house cat. Amur tigers stand about three feet tall at the shoulder and adult males can grow up to 11 feet long and weigh over 600 pounds; females are noticeable smaller, up to about nine feet long and usually weighing under 400 pounds. They are a critically endangered species native to Eastern Russia, northeastern China, and northern regions of the Korean peninsula.

A pair of gray wolves live in the Cotton Family Wolf Wilderness habitat in the southwest corner of the zoo, near the prairie dog habitat, but at first we did not see them. As it turned out, one wolf was watching intently from under spruce trees. That sighting we almost missed reminded me that patience is always a virtue when viewing wildlife, even at the zoo. I meandered a few hundred feet from the wolves to the prairie dog habitat when a child’s excited yell of, “I see one” sent me hurrying back to the wolf habitat, just in time to capture an image of one that strode slowly across a grassy hillside and then all but turned to pose for a photo.

Black-tailed prairie dogs are found on the Great Plains, east of the Rocky Mountains, and at the Detroit Zoo, their habitat is located between the bison and wolf habitats. A few scurried about and seemed as interested in a family that was watching them, as the family was in them. Before the COVID-19 pandemic, the zoo’s website stated, “Kids can get nose-to-nose with the inhabitants inside viewing bubbles placed within the habitat.” Although that underground feature is temporarily closed, with social distancing being impossible, the above-ground viewing is excellent because of the limited number of guests present at any one time. I watched them feed for a few minutes and then sound alarm calls when a Red-tailed Hawk passed overhead.

Japanese macaques, also known as snow monkeys, are native to Japan and are the northernmost-living nonhuman primates. I would have happily spent all day watching their amazingly human-like interactions, expressive eyes, and body language. I was in awe watching a youngster run to his mom to show off an oak leaf, and she, like any good mom, took note. I imagined to myself that the curious youngster was asking, “Is this a red oak or a white oak leaf?” One interesting fact about Japanese macaques is that while they usually use all four limbs to scurry around, they are also capable of walking in a human-like fashion on their hind legs when carrying something in their hands. Another fact is that grooming is a major part of maintaining their social structure. I witnessed this act between two adults high up on an artificial cliff, as the mom and youngster pictured in the lead image continued their “leaf discussion” down below.

Peacocks (males) and peahens (females) walked freely about the zoo, perhaps wondering where the crowds were. Until this visit to the zoo, I was unaware that peafowl is the proper name for this species, but only the males are called peacocks. One of the extremely colorful peacocks spread his stunning iridescent feathers with “eye-spots,” creating a visual treat as a peahen trotted about into the shrubs. Once again, without crowds, photographing them was easy.

The arctic fox is an incredibly hardy creature that can survive frigid Arctic conditions, unlike anything that Oakland County’s red fox would ever encounter. The arctic fox has adaptations that help it to not only survive, but to thrive in temperatures that may plunge to negative 50°F. Those adaptations include furry soles that help provide traction, short furry ears, a thick fur coat, and compact muzzles. In their natural habitats of the far north, they sometimes follow polar bears at a respectful distance to scrounge on their leftovers. During our visit, one of the female arctic foxes, dressed in her camouflage coat of winter white, seemed to be sunbathing at the edge of her habitat. In human terms, perhaps she was “enjoying” the rather peaceful and sunny morning as much as we were.

Behind the Scenes – Piping Plover

Many activities occur behind the scenes at the Detroit Zoo to protect endangered species locally, nationally, and internationally, and to rehabilitate wildlife affected by disasters, such as oil spills. Their website states:

As we celebrate spring’s arrival this weekend, I am thinking once again about one of those endangered species, the Piping Plovers of our Great Lakes region, a critically endangered species I know well from my tours of duty as a Lighthouse Keeper at Sleeping Bear Dunes National Lakeshore’s South Manitou Island. During my four seasons on the island, I’ve occasionally helped the plover crew and always kept a discreet eye on nesting areas to ensure island visitors did not cross protective barriers. Up until last year, the Great Lakes Piping Plover eggs and/or chicks that need to be reared in captivity would all end up at the University of Michigan’s Biological Station in Pellston, Michigan. Due to the pandemic, that location was not an option.

However, in spite of the location change due to the COVID-19 pandemic, the Detroit Zoological Society shared news worth celebrating in a press release titled: Piping Plover Captive Rearing Program Celebrates Most Successful Year to Date in August of 2020:

The year 2020 has quite literally gone to the birds. Even during the COVID-19 pandemic, which has impacted people and wildlife around the world, 2020 is a milestone for endangered Great Lakes piping plovers — marking the most successful outcome of the Detroit Zoological Society’s Piping Plover Captive Rearing Program since it began nearly 20 years ago.

“We couldn’t let the pandemic prevent the rescue and rearing of these endangered birds. So, at the request of the USFWS, abandoned eggs were brought to the Detroit Zoo this year for incubation and rearing. The plovers were then sent to the Biological Station, where the birds were able to get more acclimated with their natural environment prior to their release.”

Logan Clark, a Biological Science Technician with the National Park Service and part of the “Plover Crew,” shared this with me:

“Since the species is adapted to nesting right on the beach, large storms can often wash away nests, especially the past few years with the record high water levels in the Great Lakes. If officials can reach the eggs in time, they can be salvaged and placed in an incubator to hopefully continue development. Those that show signs of continued development are brought to a captive rearing facility (in 2020 that was the Detroit Zoo) where experts raise them until they can fly. The young birds are then strategically released at various beaches in the Great Lakes that will best set them up for a good migration south. These are usually places with great habitat and hopefully other wild young plovers to hang out with and begin migration.”

Perhaps now is the time to think about your spring visit to the Detroit Zoo. Our exploratory meander at the zoo reminded me of the beginning stanza of the 1968 classic At The Zoo, by Simon and Garfunkel: