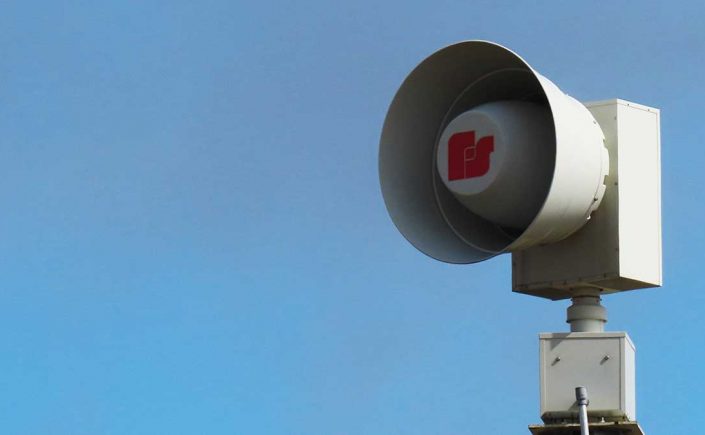 Nature is fickle and does not always follow low-risk forecasts. At 11:20 pm, a Tornado watch was put out for 13 counties in Tennessee. Many people were already asleep and remained unaware of the watch. At 12:36 am, radar confirmed an obvious “debris ball” as a powerful rapidly formed tornado tore into the John C. Tune Airport, just west of Nashville, causing 93 million dollars in damage to the airport and tossing small parked planes like toys. Nashville, located within Davidson County, was hit hard but the town of Cookeville in Putnam County — about 80 miles east of the state capital — suffered the worst of the devastation. The lack of public awareness and the incredible power of the night tornado culminated in a worst case scenario.

Twenty-five lives were lost that night in middle Tennessee. The on-going review that followed made it clear that a lack of awareness by the public during the tornado outbreak led to many of the deaths and injuries. The National Weather Service in Nashville later confirmed at least six tornadoes had formed rapidly in the predawn hours with the strongest tornado creating rotating winds of 175mph, reaching EF-4 strength and staying on the ground for eight minutes.

Davidson County has 93 tornadoes sirens located in likely public gathering places selected by their city planners on the basis of outdoor population and population density. The sirens were activated just minutes before Nashville was struck, yet some people said they never heard them, and only awoke as houses collapsed and projectiles flew through the air. As loud as their sirens are, they are meant to be heard when outside, and the sounds of a thunderstorm accompanied by winds muffles their noise and a sound sleeper is likely to keep on sleeping.

With those thoughts in mind, I took a closer look at the Oakland County warning systems and what residents can do to prepare if a tornado or other environmental emergency occurs, especially at night. There is nothing wrong in praying for safety, but when historic churches such as this one in Santa Fe protect their roof top religious icons with lightning rods the message is clear: Storm safety is a matter of situational awareness, preparedness and having an action plan.

Oakland County has an excellent siren system but as Oakland County Homeland Security Division (OCHSD) states on their website, “The sirens are designed to alert citizens who are outside but citizens inside buildings may hear the siren if they are close to the siren location.” OCHSD also explains,

“When the National Weather Service issues a Tornado Warning or a Severe Thunderstorm with damaging winds at or greater than 70 mph for Oakland County, the sirens are activated. Oakland County has 275 outdoor warning sirens located throughout Oakland County. All sirens are activated by the transmission of an RF signal with a tone alert. The signal is transmitted by the Oakland County Homeland Security Division. When sirens are activated a steady three minute tone indicates a tornado has been sighted or strongly indicated on radar and/or a severe thunderstorm with 70 mph winds or greater is in the area. Seek shelter immediately and listen to radio or television for more information, if it is safe to do so. Do not call police, fire departments or news media. Each siren is capable of covering about a one mile radius from its location.”

Less than 48 hours after the Tennessee disaster, I attended the 2020 Oakland County Skywarn program that was coordinated by OCHSD. I sat towards the front at the L. Brooks Patterson Building Conference Center to capture screen shots of the dynamic Skywarn presentation on severe weather formation and tornado detection by Richard Pollman. Pollman is the Warning Coordination Meteorologist of the National Weather Service Detroit/Pontiac office located in White Lake Township, just north of Proud Lake Recreation Area.

Skywarn is an excellent program where first responders along with members of the general public can learn the basics of severe storm formation and how and when to send their “spotter” reports to the National Weather Service. Skywarn is described this way:

“Skywarn is an effort to save lives during severe weather emergencies by expanding networks of spotters and by encouraging the widest possible participation in tornado warning programs. Skywarn Weather Spotters provide a valuable service to the National Weather Service by reporting storm damage, precipitation and other observed weather phenomena. There is no way to stop tornadoes, and not all tornadoes show up on radar, but they can be seen. Lives can be saved. Only one instrument can detect a tornado or funnel with complete certainty–the human eye.”

If you have an interest in severe weather preparedness, even if you do not wish to become a volunteer spotter for the National Weather Service, you might consider attending an online Skywarn training to enhance your situational awareness.

The presentation started with a review of tornado and severe weather events and statistic from 2019, along with a review of the operations of the National Weather Service (NWS) and details on why the NWS needs spotters even though they have radar. The science behind the formation and detection of thunderstorms and tornadoes was a major component of the program and it wrapped up with a strong emphasis on severe weather safety and how and what spotters should report and what not to report.

Michigan averages 16 tornadoes a year, with most being EF-1 or smaller. However, one of the most devastating natural disasters to ever occur in Michigan was an EF-5 tornado that struck in Genesee County on June 8th, 1953 in the Flint area, killing 116 people and injuring 844. Visit the National Weather Service website to learn about the science behind that storm, known as the Flint-Beecher tornado.

Accurate weather forecasts do not always result in a good outcome. That fact led to our National Weather Service increasing efforts to make us a “weather–ready” nation. One fact is clear: If your storm preparation or storm aftermath plan is to simply dial 911: YOU HAVE NO PLAN. Likewise, if relying solely on outdoor sirens and Facebook chat rooms to warn of impending danger, you are not prepared. Having a programmable NOAA weather radio is a key component for family safety. NOAA Weather alert radios can be programmed for many types of alerts or programed to only awaken you for tornado warnings or other specific alerts in your immediate area.

Detroit/Pontiac NWS Meteorologist Pollman emphasized, “NOAA weather radio is your own personal siren in your house. It is as important to have as a smoke detector to keep your family safe.” The radios are particularly important at times when awareness of an impending severe weather threat is believed to be low, such as was the case in Tennessee and is sometimes the case in our unsettled spring weather patterns. I have one that is always on and ready to alert at home in Oakland County and a small battery powered model I take with me on extended backpacking adventures.

Severe Weather Awareness Week in Michigan is March 22nd to March 28th, a week when the media, and ideally the public, pays more attention to weather and plans for severe weather. The governor issues a proclamation to increase public awareness, but in addition to reading Governor Whitmer’s proclamation below, visit the National Weather Service website for historical and safety information that could save your life.

WHEREAS, last year, the state of Michigan experienced severe thunderstorms, heavy rainfall, and flooding in counties and cities across the state, resulting in a disaster declaration due to widespread and severe damage; and,

WHEREAS, severe weather, in the form of thunderstorms, windstorms, floods, and tornadoes, is a threat to the health and safety of all Michigan residents; and,

WHEREAS, each year, more than 1,000 tornadoes strike the United States, including an average of 15 in Michigan; and,

WHEREAS, since 1950, 1,057 tornadoes have been reported in the state of Michigan, resulting in substantial loss of life and property; and,

WHEREAS, all individuals are encouraged to be aware of the warning signs of severe weather and follow proper safety and emergency procedures; and,

WHEREAS, each year, the Michigan State Police, emergency management officials, and news media join together to educate the public about the dangers of tornadoes and other severe weather events, and the precautions that can be taken to save lives and protect families;