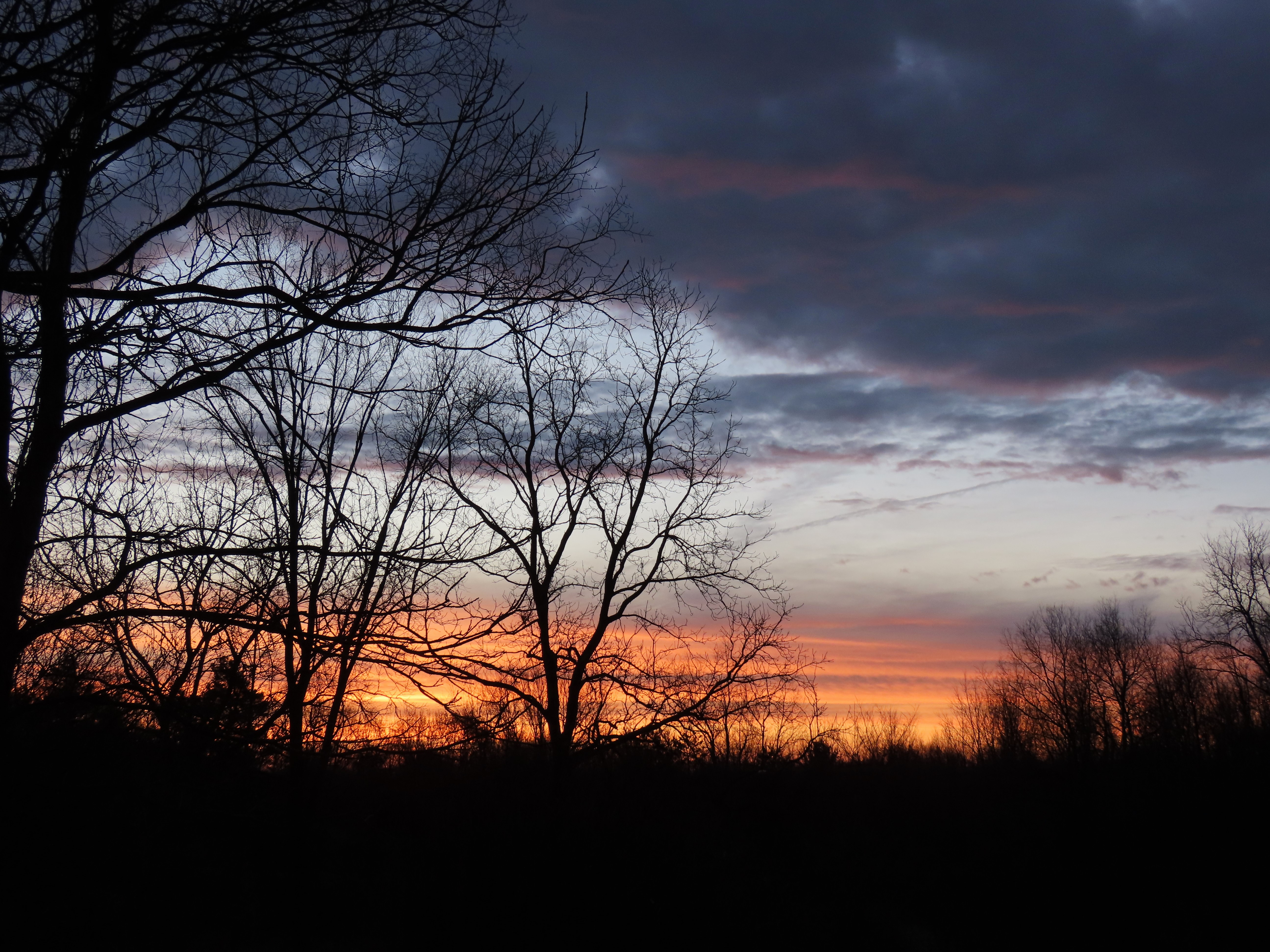 The arrival of astronomical winter, the Winter Solstice that occurred on Saturday, December 21st at 11:19 p.m. EST, reminded me that the phrase, “the dead of winter” is an oxymoron. Winter is never dead, a fact that comes to life with excitement for those that make an effort to enjoy the wilder side of our county during the days of diminished daylight, days when even those that do not arise early can watch spectacular sunrises at 8 a.m. Winter brings treasures of nature to be discovered, from sparkling ice under clear blue skies to eastern bluebirds fluffed up against biting winds, and of course the deep soft hoot of Great Horned Owls, sometimes accompanied by the yips and howls of our “song dogs,” the eastern coyotes that have colonized our county.

One fact of late December is often missed amidst the excitement of the holiday season, the hours of diminishing daylight have ended. Winter days are getting longer. With the shortest day of the year already behind us, we are inching our way towards the Spring Equinox which occurs on Thursday, March 19th. That moment in time is followed by noticeably longer and sunnier days until the longest day of the year, the Summer Solstice on Saturday, June 20th. It’s really not as confusing as it may seem. The Winter Solstice was simply an astronomical event marking the longest night and the shortest day of the year in the northern hemisphere, a day that the ancients believed the sun stood still. 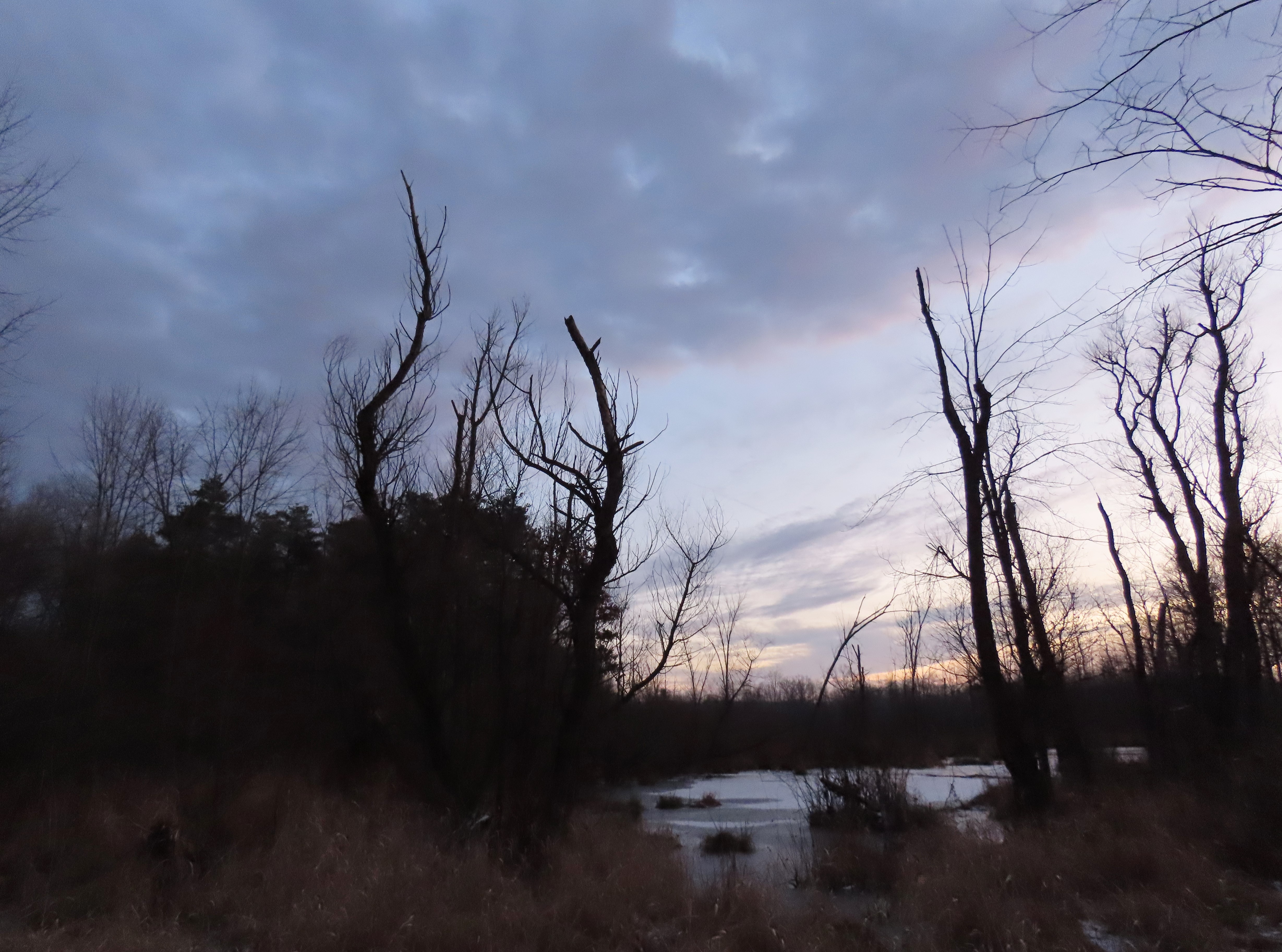 The word solstice comes from the Latin words sol (sun) and stitium (standstill). At the solstice, the sun appears to “stand still” because the position of the sunrise on the horizon changes very little for a few days. Although the solstice marked the first official day of winter, blasts of wintery weather have been here for well over a month which is the norm. Last Saturday simply had the least hours of daylight of the year, but the Winter Solstice is never the coldest day of the season. The oceans, and our Great Lakes to a lesser extent, are slow to heat and cool, retain warmth from summer and usually delay the coldest days of the season until sometime in late January or early February. The science writers at Space.com explain the movement of the earth in relation to the weather and our view of the sun with depth and clarity in this article about the solstice. 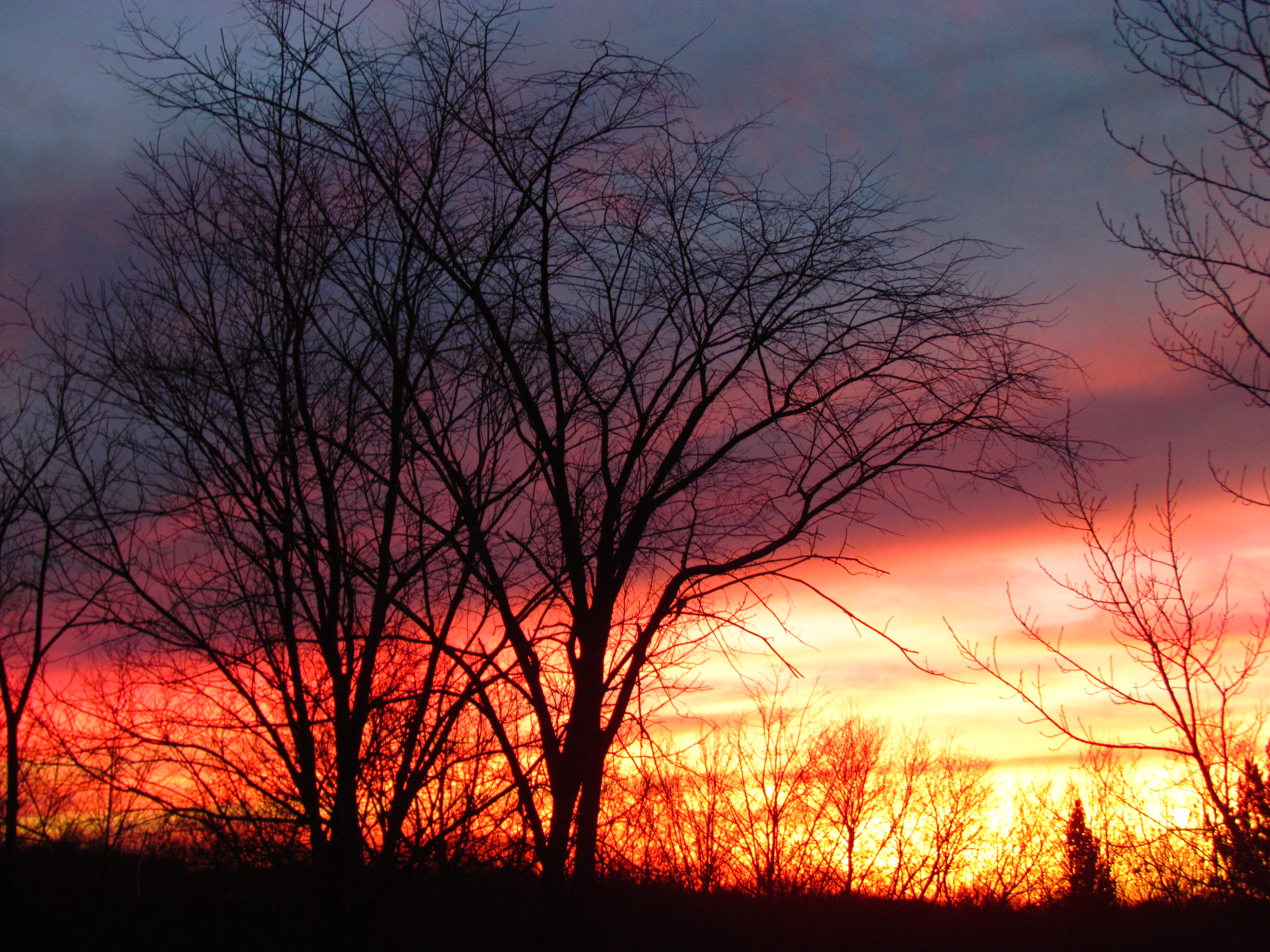 With the winter solstice behind us, what happens next? Not much for those that never venture outside except to go from the house to the car and from the car to the office. However, there are “wild moment” changes stirred by natural cycles that are fine-tuned by evolution and our local habitats. Each day gains a few more minutes of light and that triggers additional behavioral patterns in wildlife. One of the more noticeable wild moments for night adventurers to enjoy is the increased hooting of owls as they enter their breeding season. 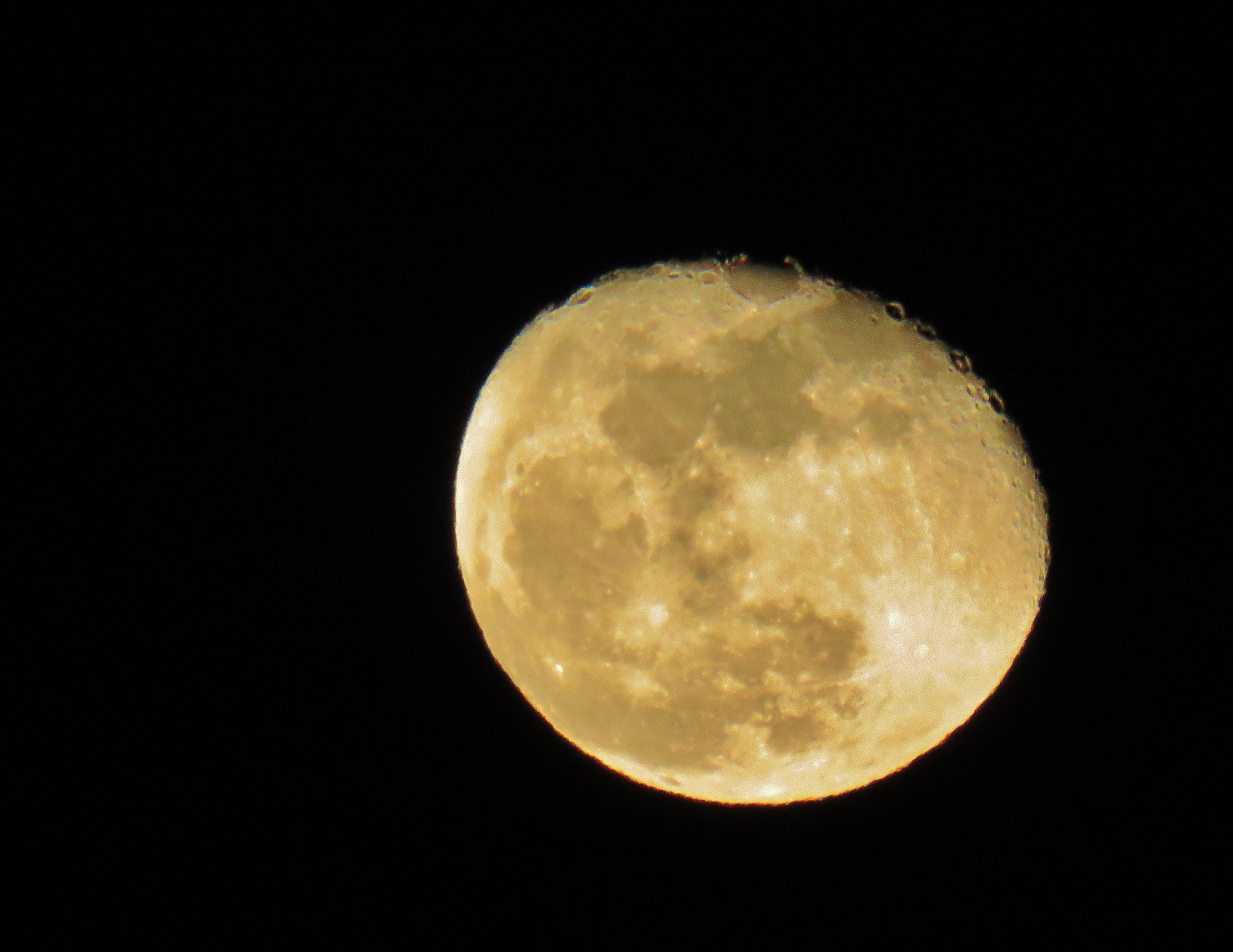 Many local communities, nature conservancies, park agencies and the Michigan Department of Natural Resources offer special owl programs in January and February, but even a walk in the woods now with long pauses under evergreens may bring the sound of the soft deep hoots of Great Horned Owls, a species that nests “in the dead of winter.” The passing of the solstice also stirs the Barred Owl, a swamp loving species that is often seen in the daylight into its territorial song that is accurately described as a higher pitched hooting sound that seems to be saying, “Who-cooks-for you, who cooks for you all?”

If you head for the trails and parks of our county with the sole purpose of encountering wildlife, you will in all likelihood be disappointed. But signs and songs of wildlife are easy to find and fun to interpret, especially when coming across an array of tracks. One need not wander far to come upon raccoon tracks, especially if exploring near a still flowing stream, and coyote tracks are common all across the county, not just in our parklands. Pause and look about and squirrels or perhaps a Cooper’s Hawk may be noticed on a branch as they watch your passage, or you may spot deer moving quietly through deep snow. Rest assured, even if you do not spot wildlife, your passage was noted by them.

It’s never advisable for an inexperienced hiker to set out alone in winter on a primitive backcountry trail they are not familiar with, but there are hundreds of miles of easily accessible trails within our county with many of the most popular ones managed by Huron Clinton Metroparks and Oakland County Parks. And then of course we have the Paint Creek Trail, Clinton River Trail and the Polly Ann Trail along with the West Bloomfield Trail and dozens of trails that meander over the hills and through the meadows of our more rugged State Recreation Areas managed by the Michigan Department of Natural Resources.

With leaves down, stunning post solstice vistas unfold and some signs of the power of nature are revealed, especially windthrows: trees toppled by strong winds when shallow roots at the wetland’s edge could not hold the tree trunk upright any longer. Those micro-habits created by the upturned root mass provide shelter and habitat for many small creatures and in winter provide playful posing landscapes for humans. 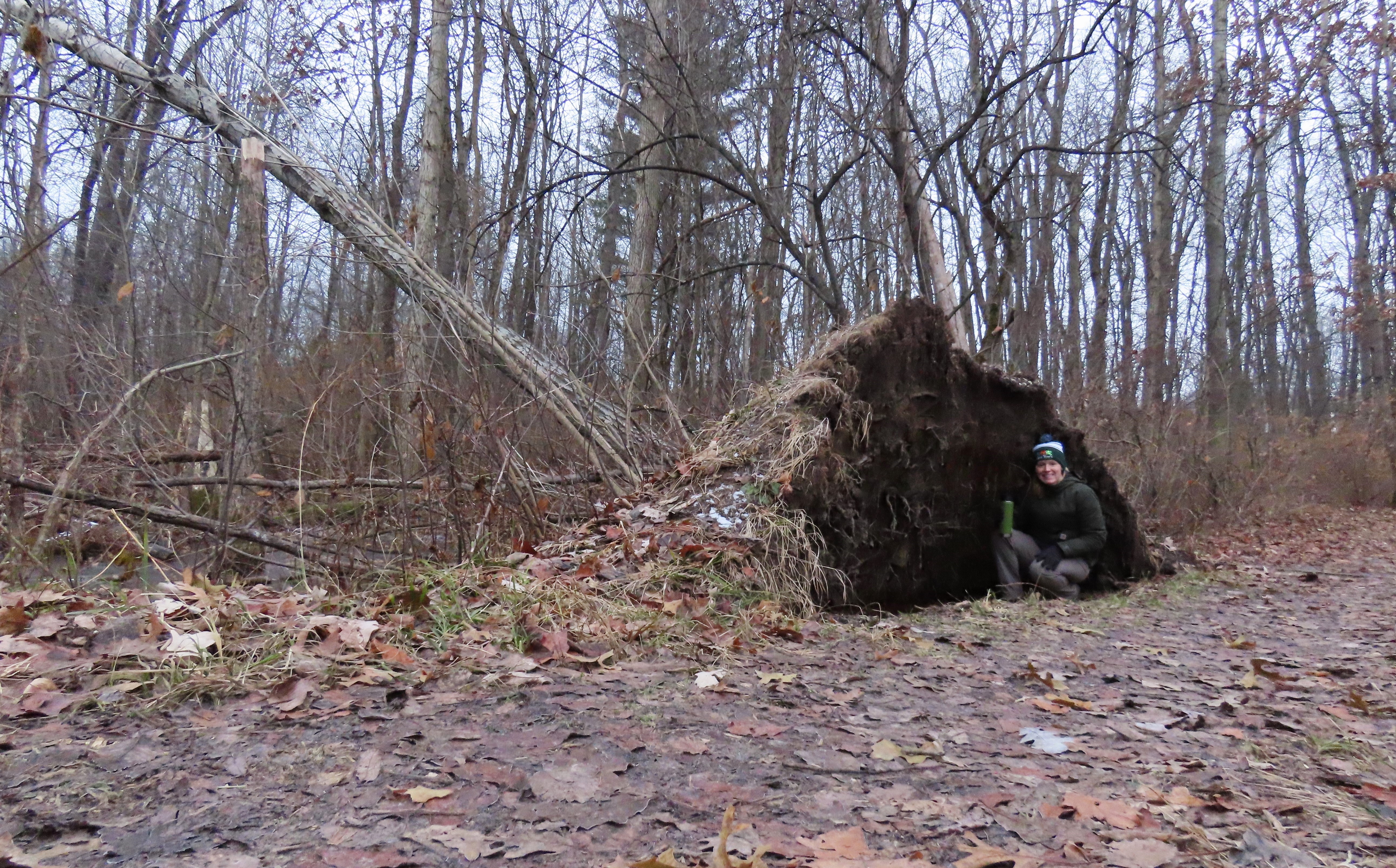 It’s next to impossible to meander along any woodland trail in these closing days of December without being greeted by chickadees, and when wandering near thick shrubs you may even encounter robins that overwinter in our county. Woodpeckers abound and the lucky few may spot a Pileated Woodpecker hunting for bugs under tree bark.

I take great pleasure in hiking near the iced over shores of our local lakes and edges of marshes, but I always keep in mind that no ice is really safe ice, especially with many of our lakes being spring fed and the radical temperature fluctuations of the past month. Although beavers are snug in their lodges feasting on their stored caches of branches and twigs, their handiwork of felled trees and small, once hidden dams are easy to spot now that tree leaves are down.

Dress for the weather and let last week’s solstice be your wake up call for wandering through winter attuned to nature’s way. It can be a grand adventure whether you hike with a group or head solo and silently up to the hills on the wilder side of our county.