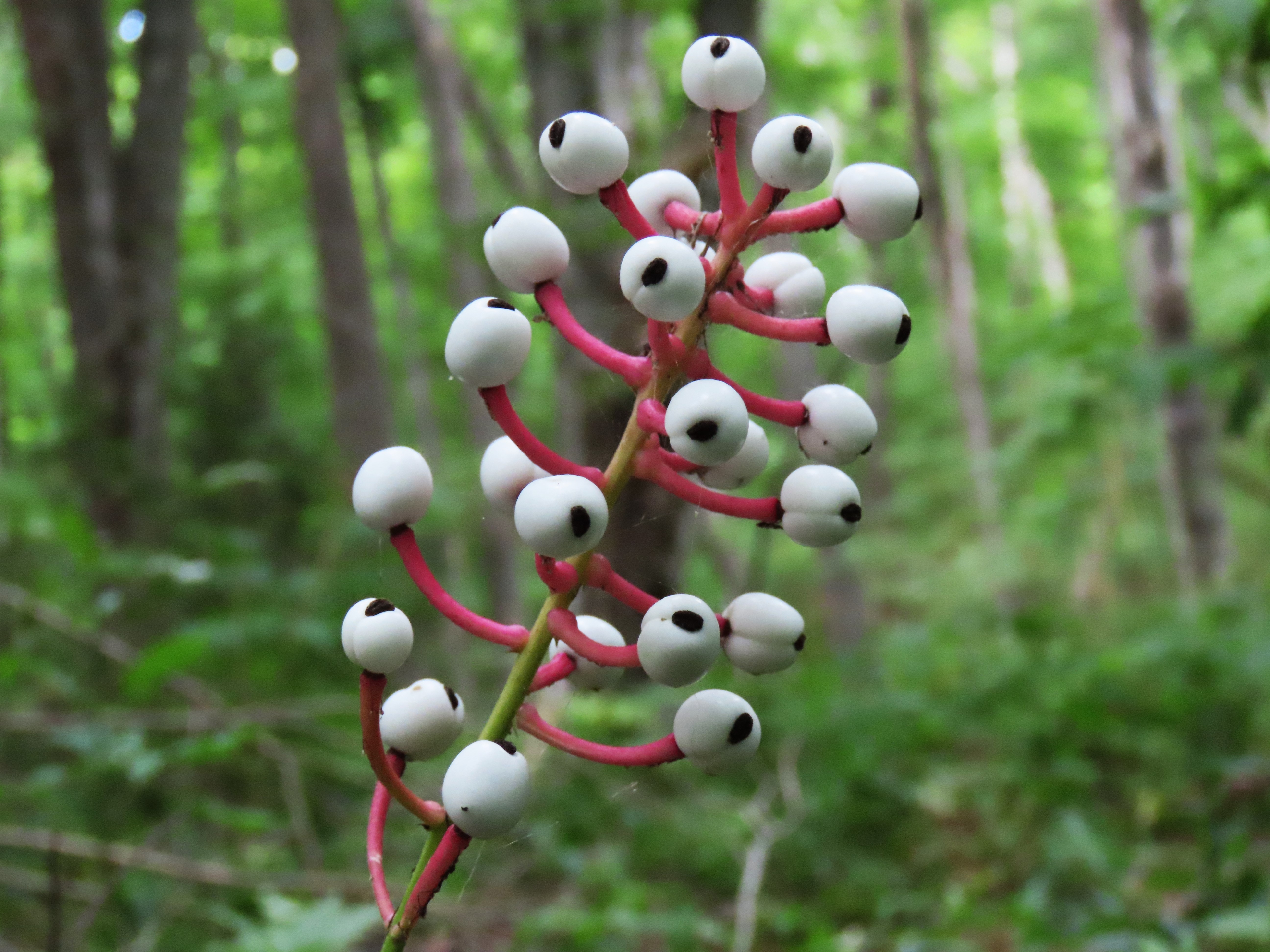 As summer fades, Oakland County woodlands and meadows present new opportunities to forage from Mother Nature’s pantry. I look forward to many of our seasonal treats, especially the prized and often hard to find oyster mushrooms, the far more bountiful blackberries, wild grapes, elderberries and black walnuts. The delectable tubers of Jerusalem artichoke, as well as the invasive, but tasty and healthful, berries of autumn olive are other seasonal favorites of mine. 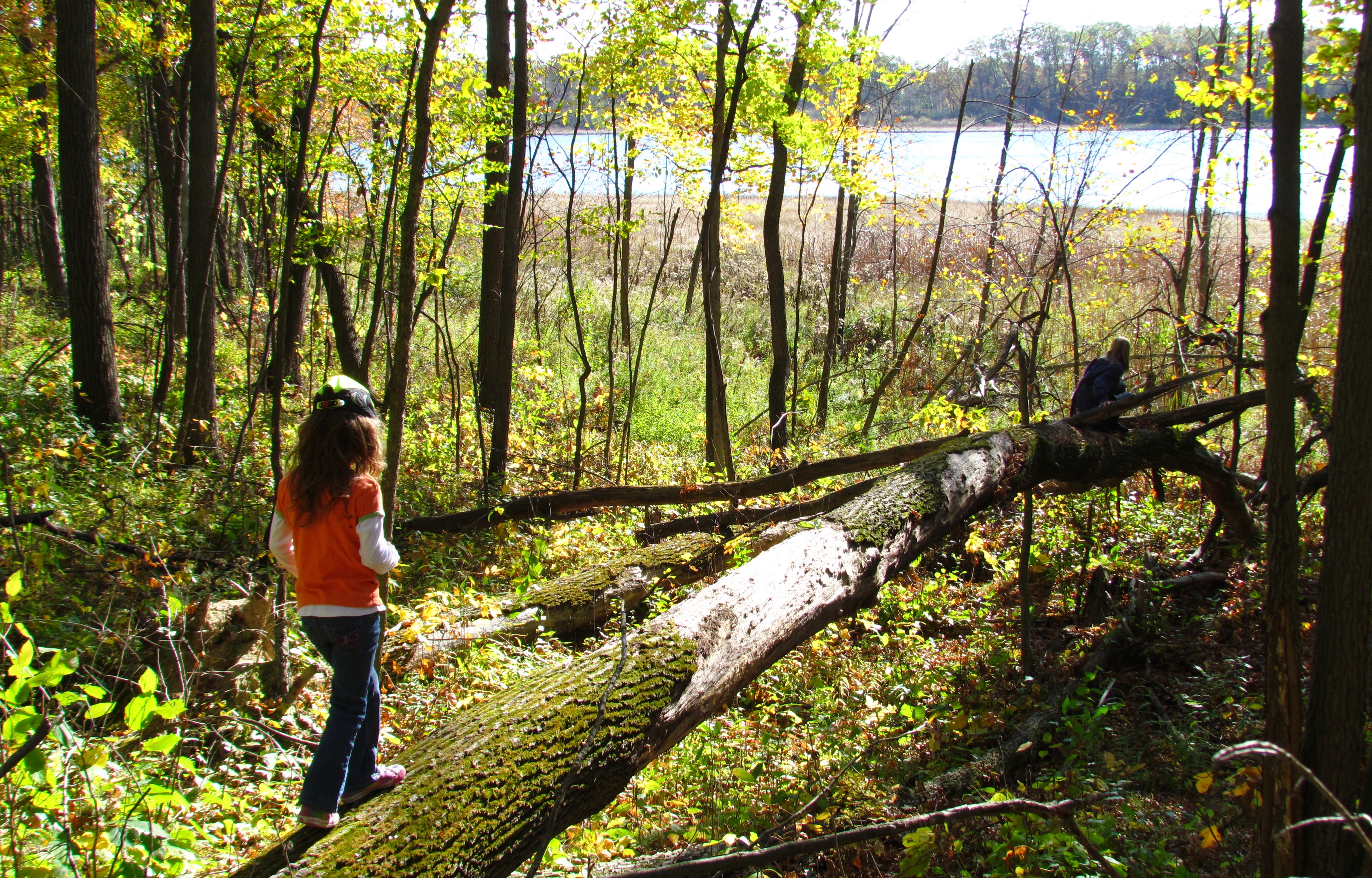 Situational awareness spiced with a heavy dose of caution is always needed when foraging, for not all wild berries and fruits are edible. Some are deadly. A few days ago an email came my way with a vivid description of “the most strangely beautiful berries I have ever seen.” And it included a two-part question, “What is it?” and “Is it edible?” The writer’s last three words caught my attention, for I knew that plant and its edibility factor. It is not edible. I put aside the notes for a blog I was about to write for today’s Wilder Side of Oakland County post and created this one for everyone that likes to explore our woodlands and sometimes wants to sample wild treats along the way.

White Baneberry (Acatea pachypoda) is the plant’s common name and the writer described it in perfect detail. Many nature lovers, myself included, prefer its other highly descriptive common name, Doll’s Eyes. The Lady Bird Johnson Wildflower Center states, “This plant is sometimes called Dolls Eyes because the shiny white fruits resemble the china eyes once used in dolls.” Its white berries with a dot in the center of each one draw the attention of the human eye and resembles an old fashion doll’s eye, thus its name.

White Baneberry is so stunning and eye-catching with its deep purple stem and porcelain-like white berries that it almost appears to be the creation of playful elves with a desire to paint things. With our woodland leaves and understory shrubs still mostly green, it is a stunning standout almost begging for attention. It has been one of my favorite woodland plants for years and it’s a fun plant to photograph. I always keep an eye out for it after its berries appear. 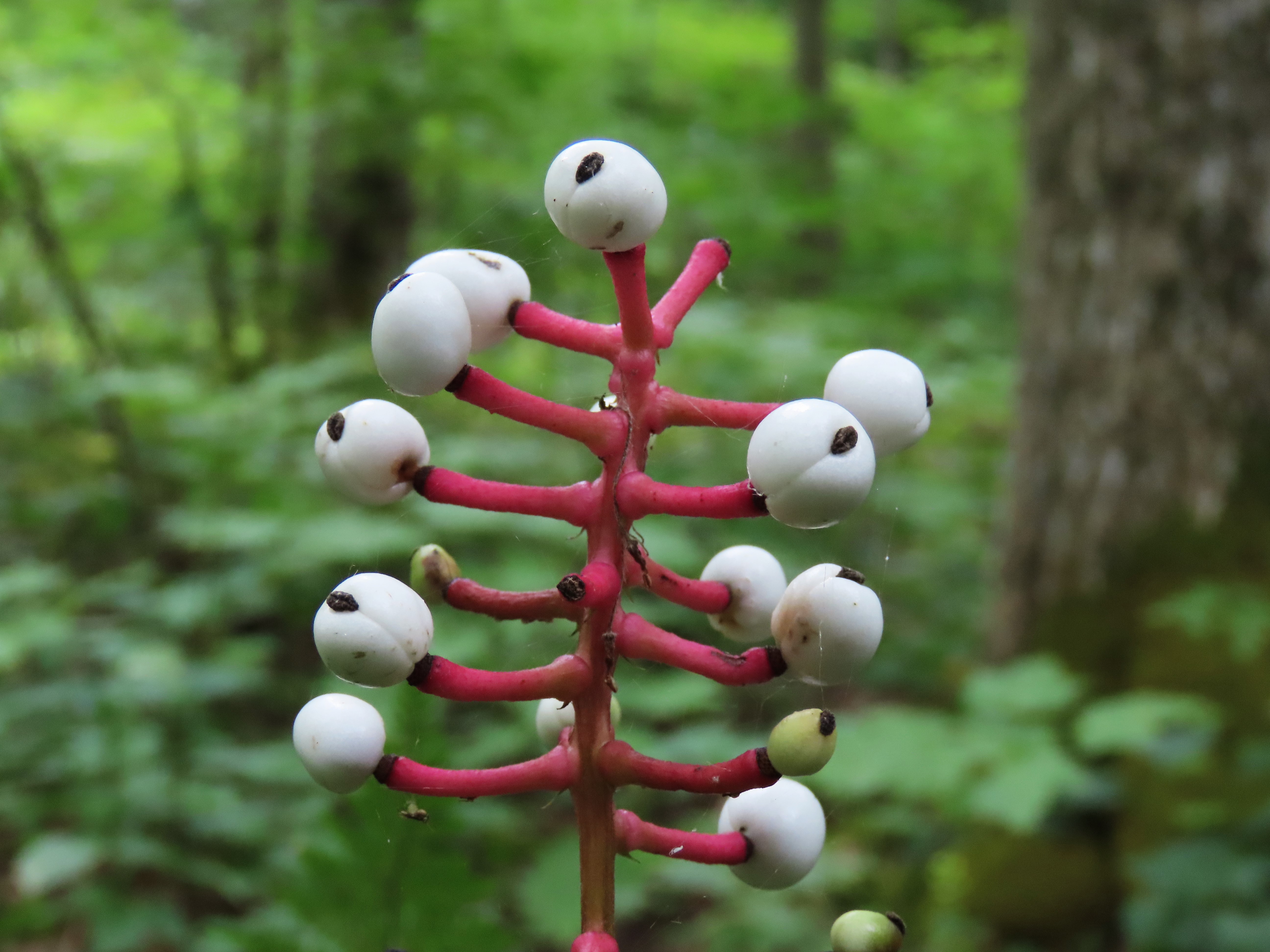 The common belief that if a bird eats something, you can too is totally untrue when it comes to these berries. Birds apparently do eat these berries with no harm and they are most likely the main mode of transportation for the seeds within the white fruits to reach new locations. I’ve also noted what appears to be tiny chew marks on some of the berries that ended up on the ground and mused that perhaps it was the work of a mouse, vole or chipmunk. I have no idea if it was the tiny rodent’s final act, or just a taste test that told them no.

There is a hidden, yet powerful clue within the White Baneberry name as to the potential danger it may pose to humans that decide to nibble on a few berries. If you break the word baneberry down into two parts, bane – berry, you’ll get a clue to its toxic nature. Merriam-Webster Dictionary defines the word bane as “killer” or “slayer.” A Google search on the word bane comes up with “a cause of great distress” and “something, typically poison, that causes death.” All parts of the plant are poisonous to eat with the most toxins in the roots and berries. Consumption may only lead to severe stomach cramps, burning sensations of the throat and mouth, dizziness, diarrhea and hallucinations, but according to multiples sources of published literature, ingestion of enough of the berries can eventually lead to cardiac arrest and death. 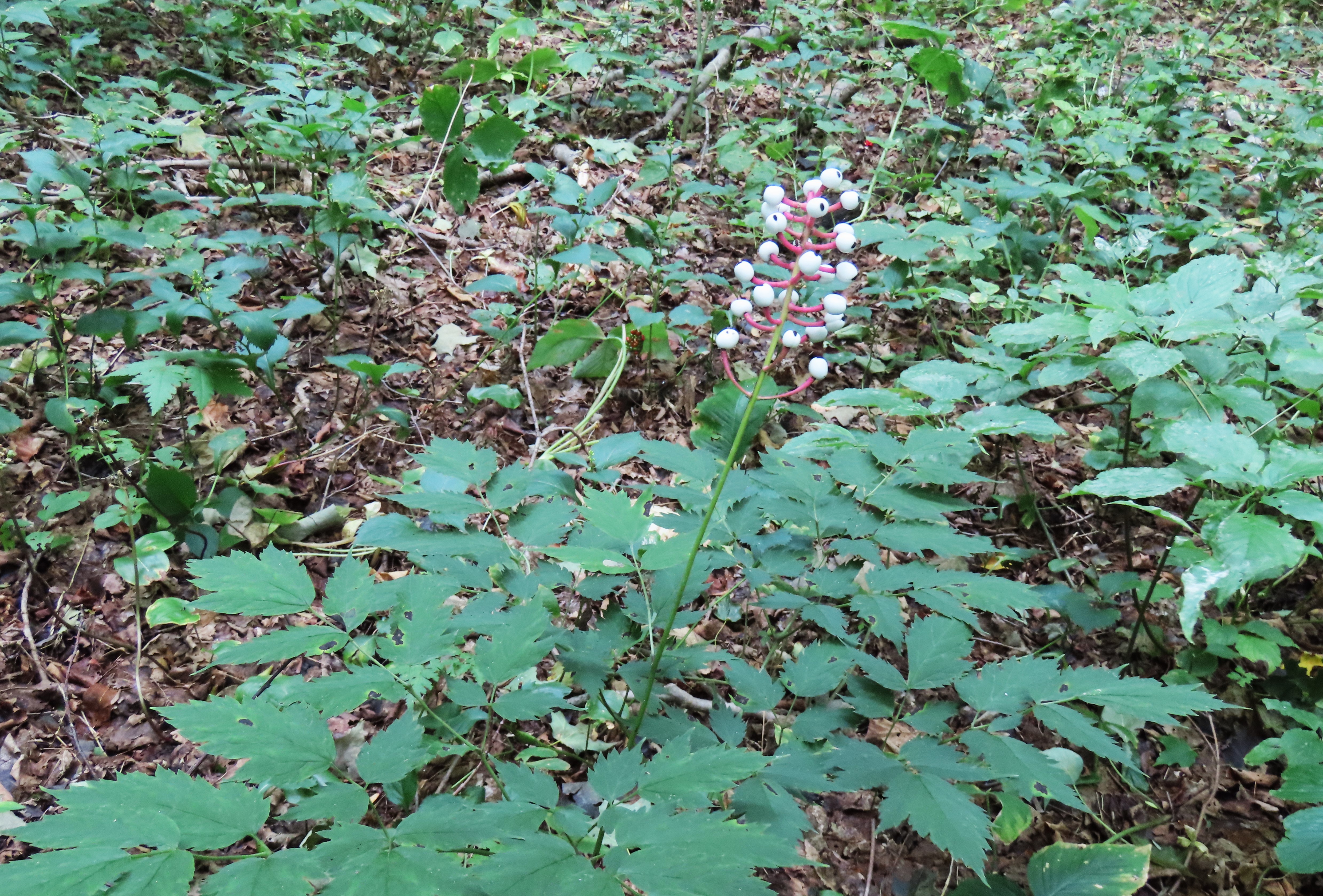 It is without dispute that doll’s eyes are eye-catching, beautiful and potentially dangerous. They are found across most of the eastern half of the United States in deciduous forests with a moist understory that creates partial shade. Those conditions are easily found in much of our county. It’s hard to miss if you walk slowly, stop often and look about in healthy woodland landscapes. It is found in scattered locations in all of our heavily wooded State Recreation Areas, in parts of our Huron Clinton Metroparks and Oakland County Parks, and appears trailside under tree cover shade in moist areas along the ever popular Paint Creek, Clinton River and Polly Ann Trails.

As I did some fact checking online, I was surprised to discover White Baneberry is sometimes used in ornamental shade gardens because of its long lasting and striking berries. Because of its toxic qualities, I would advise against that practice, especially if young children can reach the plant. My thought is growing doll’s eyes near where toddlers roam with their hand-to-mouth skill firmly developed would be akin to leaving them alone next to a swimming pool. It has been said that one gardener’s bane is another’s boon. One thing is certain, doll’s eyes are one of the most unforgettable woodland plants now fruiting on the wilder side of Oakland County.

2 thoughts on “A Dark Secret of Doll’s Eyes”