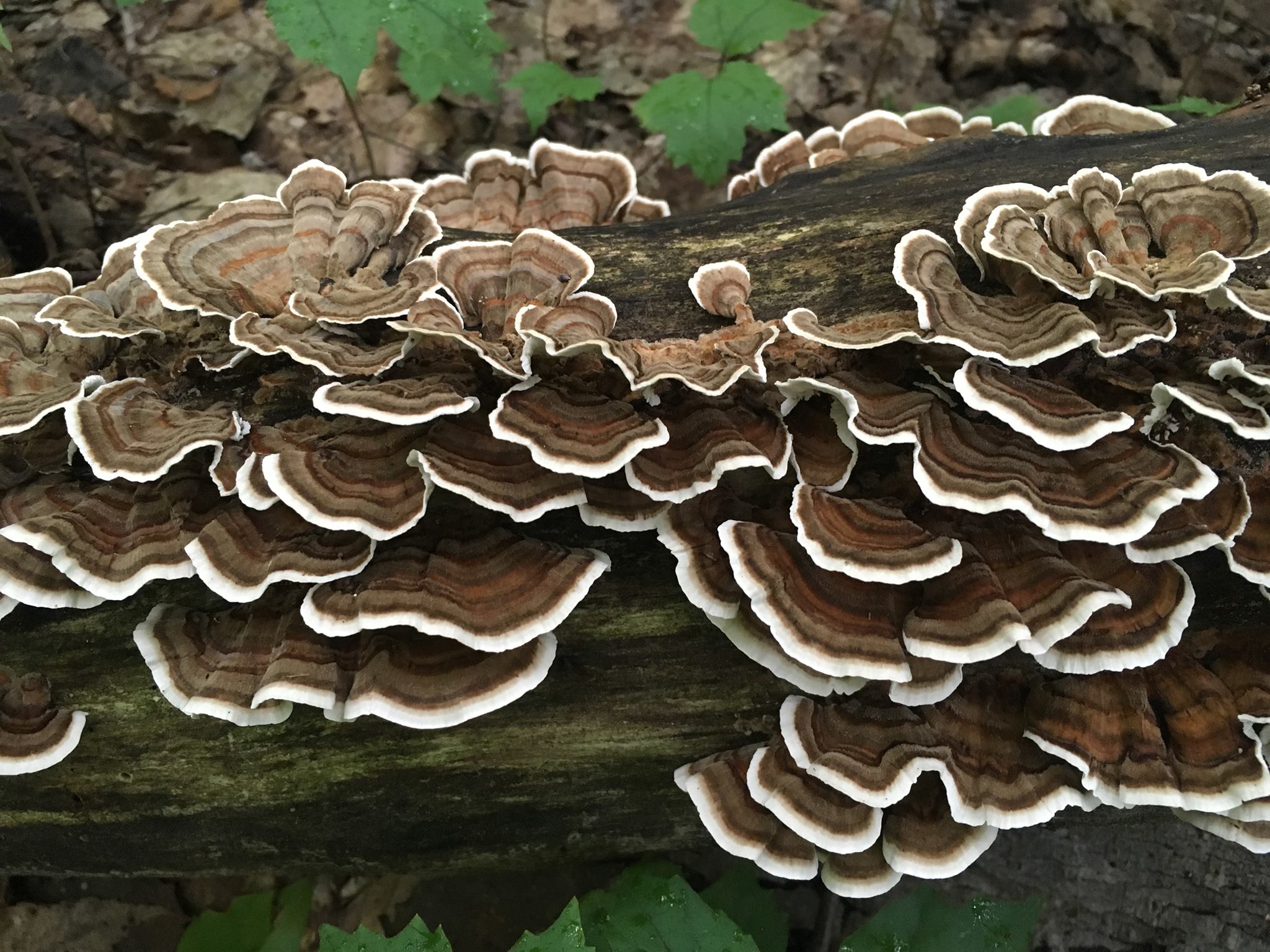 Turkey Tail mushrooms (Trametes versicolor) are fantastic forest fungi that are easily located in the dead of winter and in the sultry heat of summer. As forest foliage thickens during the early days of summer, these extremely common mushrooms may be eclipsed momentarily by the shadows created by dappled sunlight. If you want to photograph them, simply bring along a nature-inquisitive child on a trailside turkey tail hunting foray. It won’t take long until the excited cry of, “I see one!” is followed by an outpouring of enthusiasm to explore nature’s way at the dawn of summer. 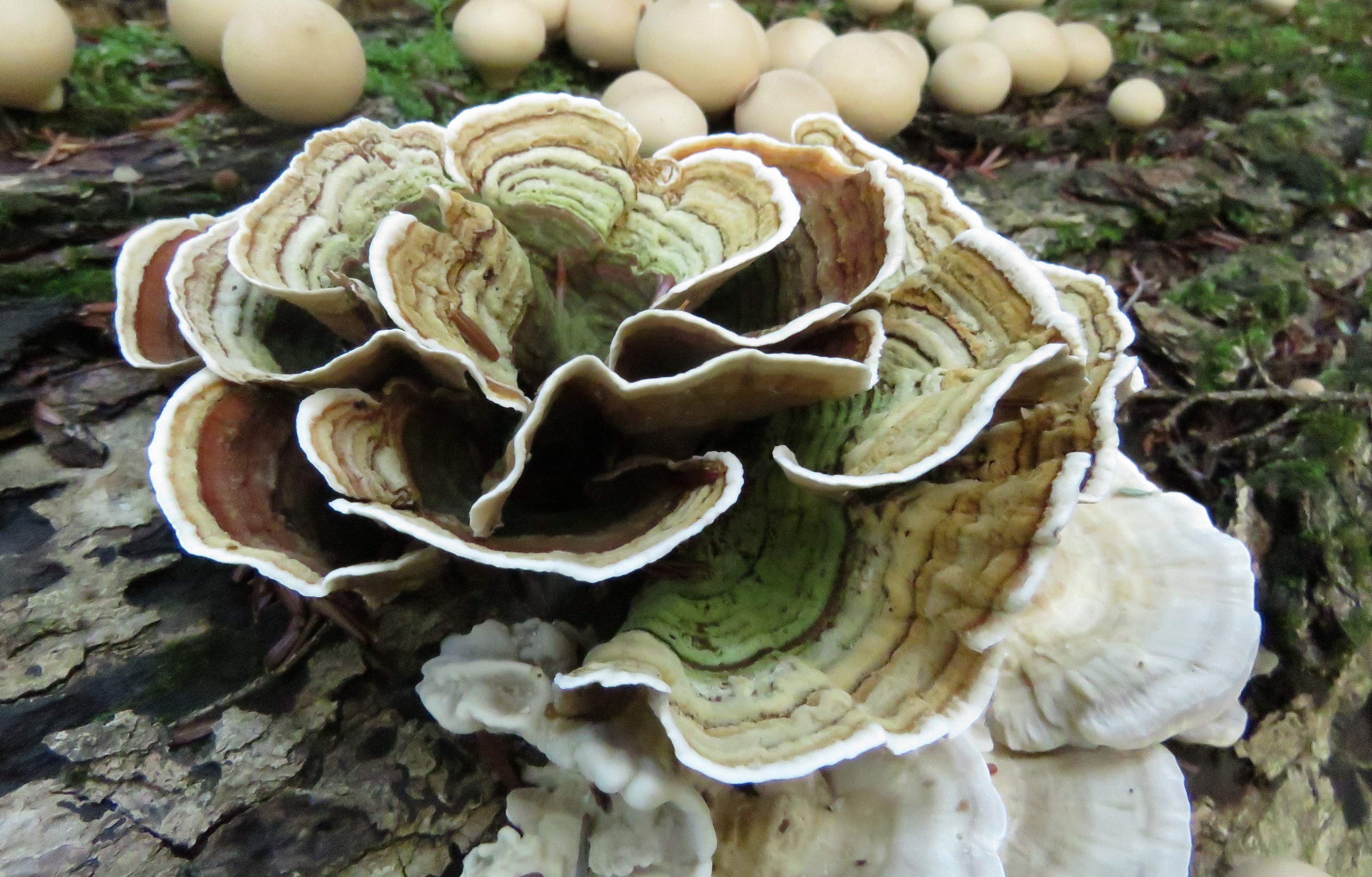 Where does one look for these fungi of the forest, with thin overlapping multicolored fan-shaped caps that are named for and resemble the tail feathers of a fast-trotting, wing-flapping forest fowl we know as the Wild Turkey? Almost anywhere and everywhere is the answer, for they flourish on decaying stumps and fallen hardwood trees. You won’t find them emerging from the ground like morels, puffballs, amanitas and dozens of other species of fungi that are common in Oakland County. 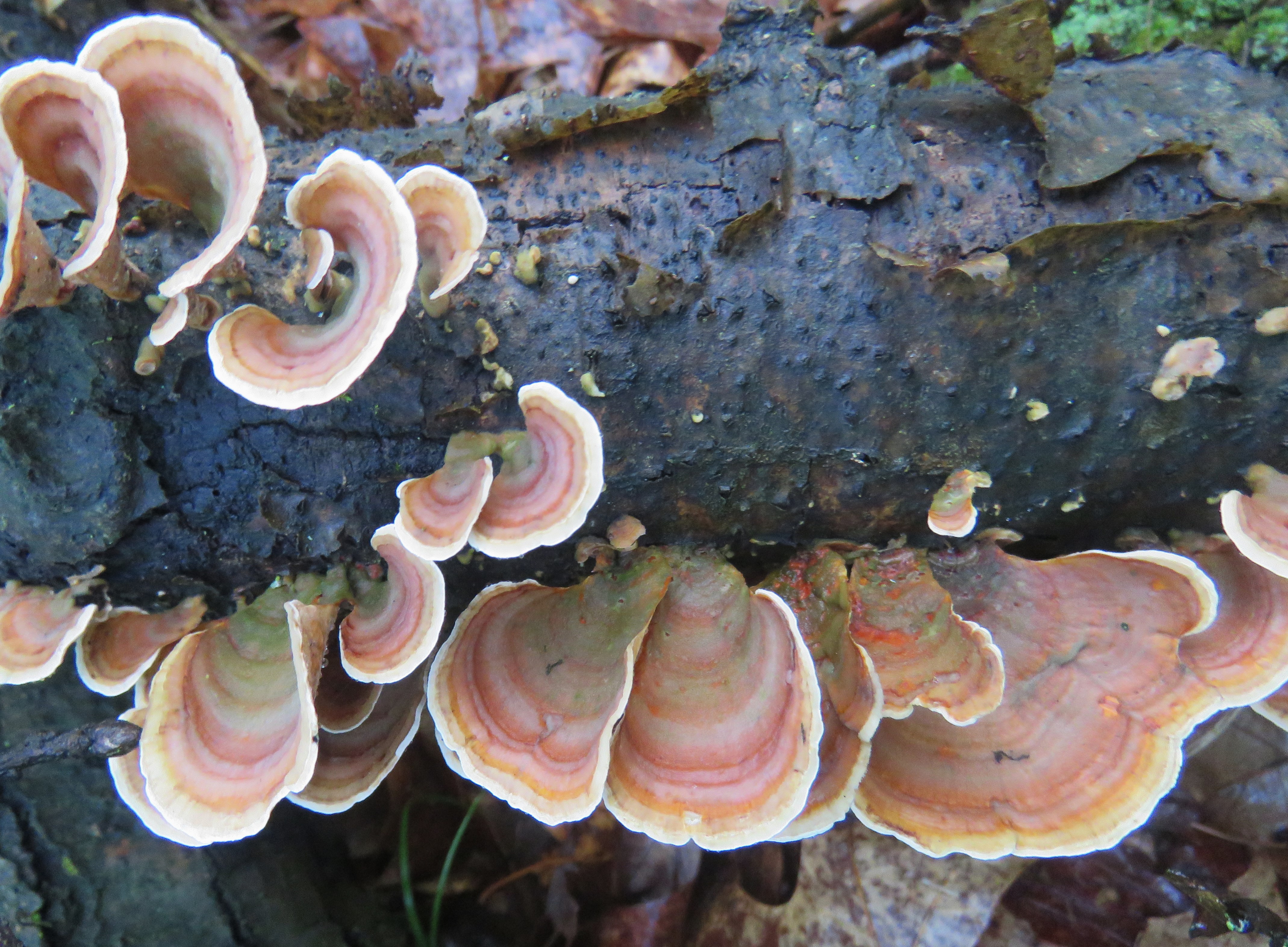 Turkey tails are one of the most recognizable and colorful species of mushrooms found in our county and the colors vary. The second half of the Turkey tail’s scientific name, versicolor, holds another clue about the identification of this species. The name comes from the Latin, versare, meaning “to change.” Combine that with the word color and you have the turkey tail, fungi of many colors that often grows in a rosette on a decomposing log, adding beauty to a summer sea of forest green.

If I am hiking with kids, or adults for that matter, I try to share more than how their appearance led to its name; especially when it comes to the many shades of colors that includes bronze, gray, dirty-white, reddish-brown and even a shade of what I would call fading purple. Some that flourish in moist and shaded habitats have a bright green hue which is algae growing on the mushroom. All of them have a creamy white color along their edges. I give the impression I know what I’m talking about when I chat with fellow hikers about turkey tail. Notice my use of the first four words of the previous sentence, “I give the impression.” 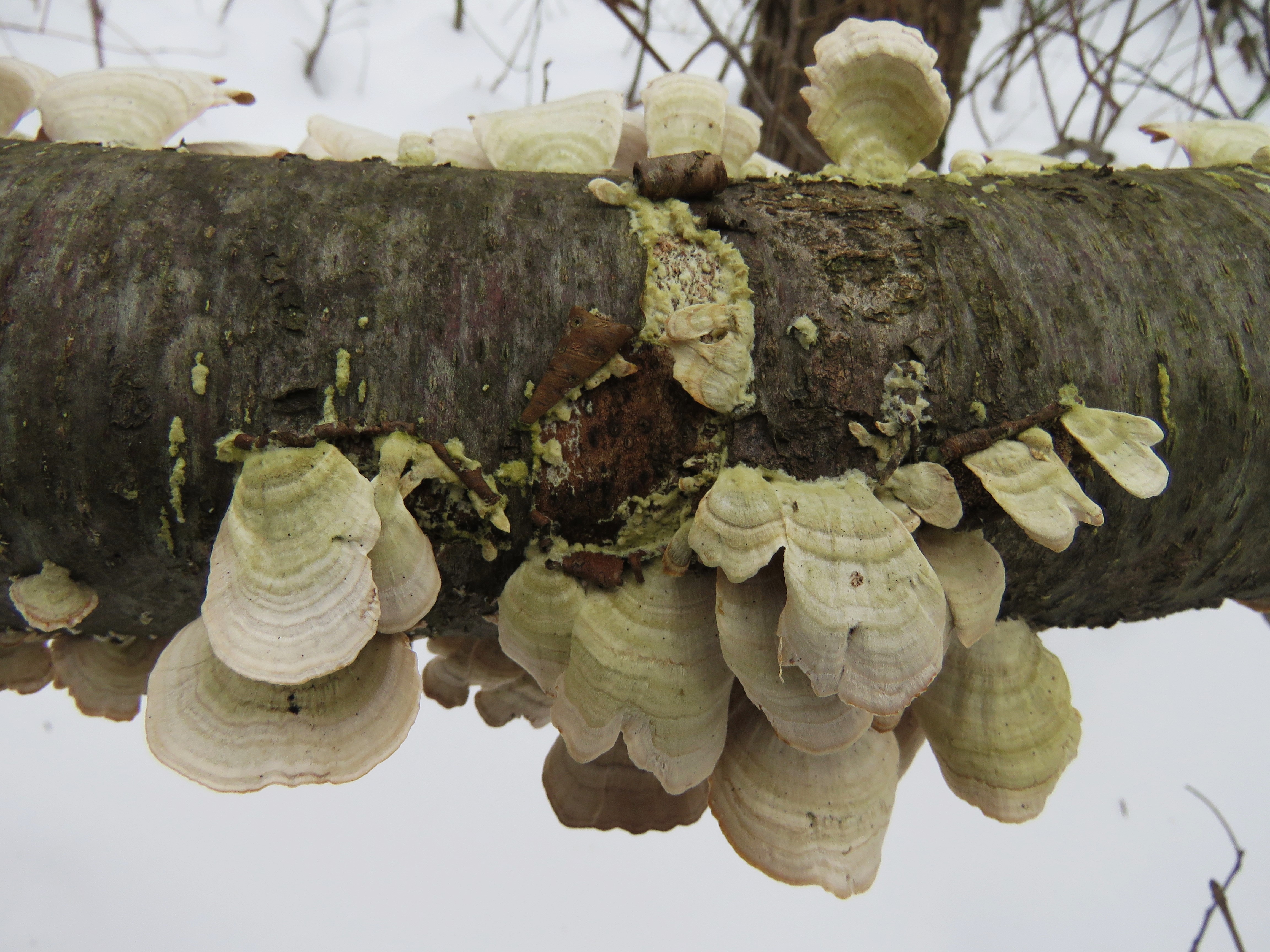 I also make it clear I am not a mycologist, one who studies mycology. Mycology is described in literature something like this, “the branch of biology concerned with the study of fungi, including their genetic and biochemical properties, their taxonomy and their use to humans as a source for tinder, medicine, food, and entheogens, as well as their dangers, such as toxicity or infection.” I look at mycologists as nature lovers with inquiring minds that think fungi are cool and like to hike in the woods. 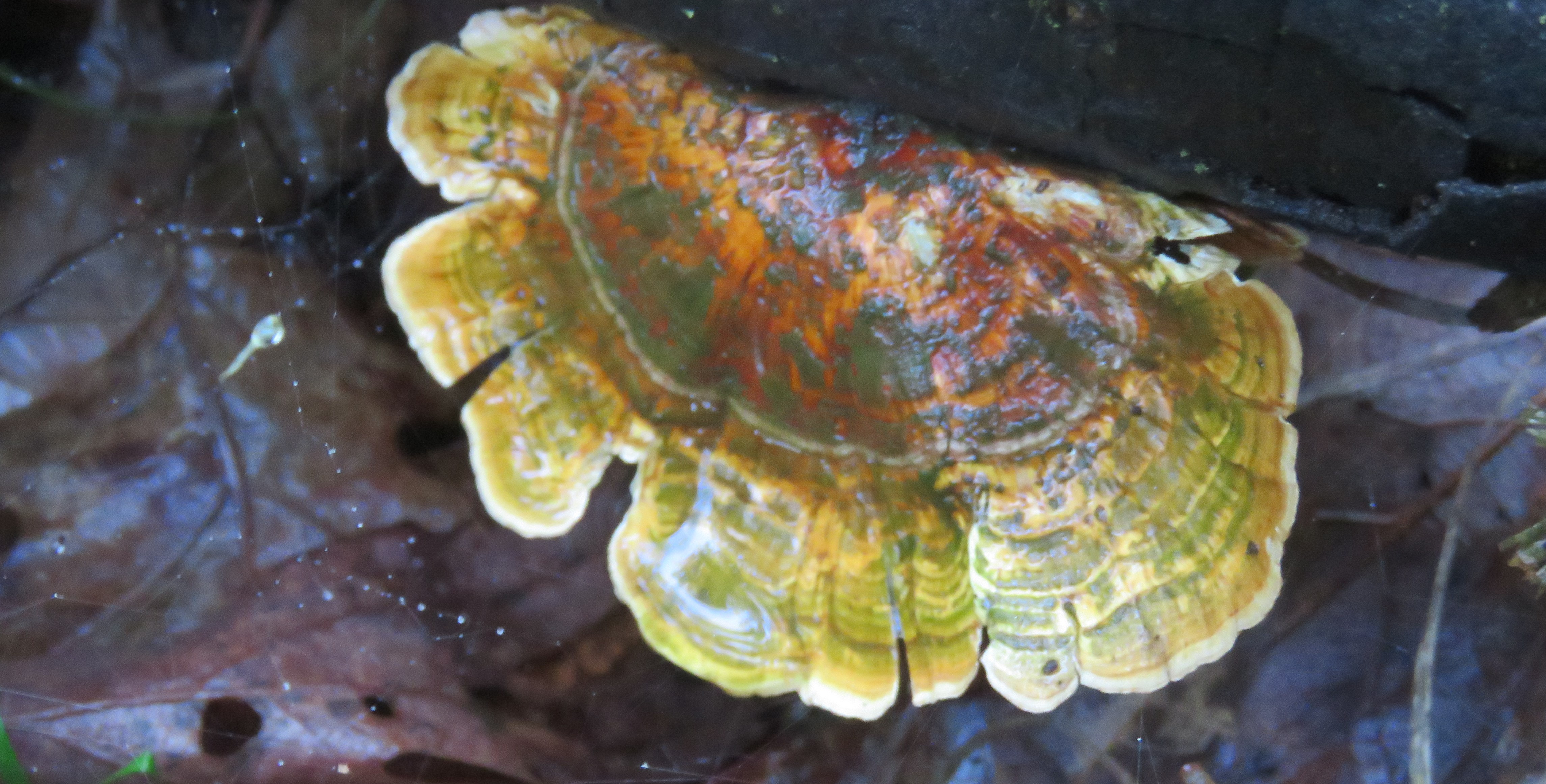 For those that are new to the diverse world of fungi that flourish in Oakland County, I recommend a “companion” to travel with you: Mushroom of the Upper Midwest by Teresea Marrone and Kathy Yerich. It’s a small and colorful, 270-page field guide that will slip into a big pocket. The books cover reads, “A Simple Guide to Common Mushrooms,” but it’s more than simple. It overflows with useful scientific information, explanations of terminology, including the growth stages of mushrooms, and warnings about top toxic mushrooms. Every species described is accompanied by colorful pictures showing it in its natural habitat. And of great importance for those that forage for fungi for food are the clear images of look-a-like species, some of which are poisonous. 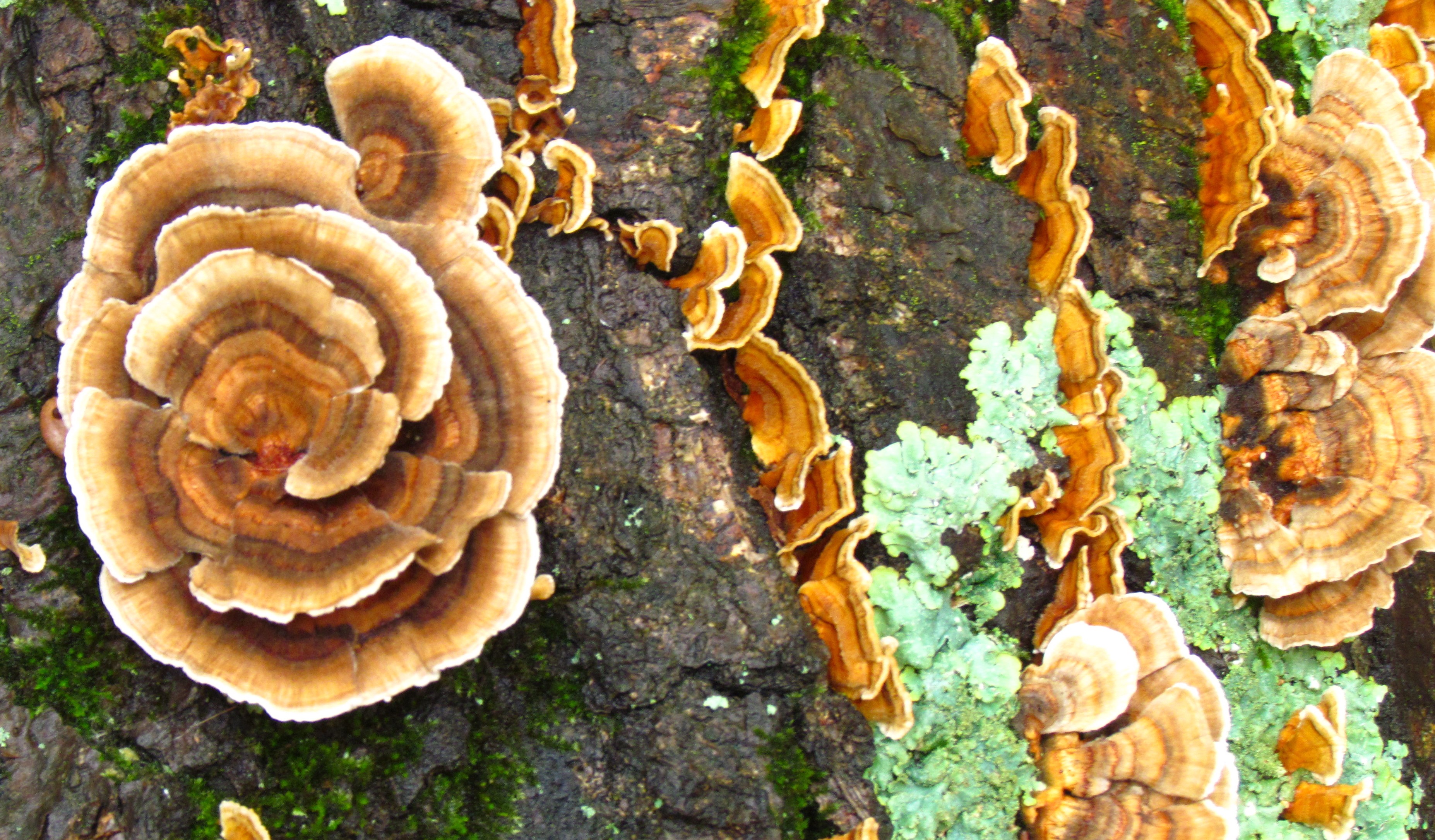 It was this book that lead me to finally decipher the differences between fungus, fungi, and mushrooms. It was simpler than I thought, a fungus is a living organism that includes such things as molds, mushrooms and yeast. They are all part of a separate kingdom of living things that are different from animals and plants. As for the word fungi; that’s just the plural of the word fungus.

I did not know Turkey Tail had a lookalike until I skimmed the booklet for a bit of fact-checking and discovered among other things, “The False Turkey Tail” (Stereum ostrea). It looks just like Turkey Tail, but the underside is smooth with no pores.” This may seem insignificant, however the photo demonstrates the care and work that went into the book to make it easily understood by both beginners and experienced mushroom hunters. DISCLAIMER: I put myself in the first category, a beginner. 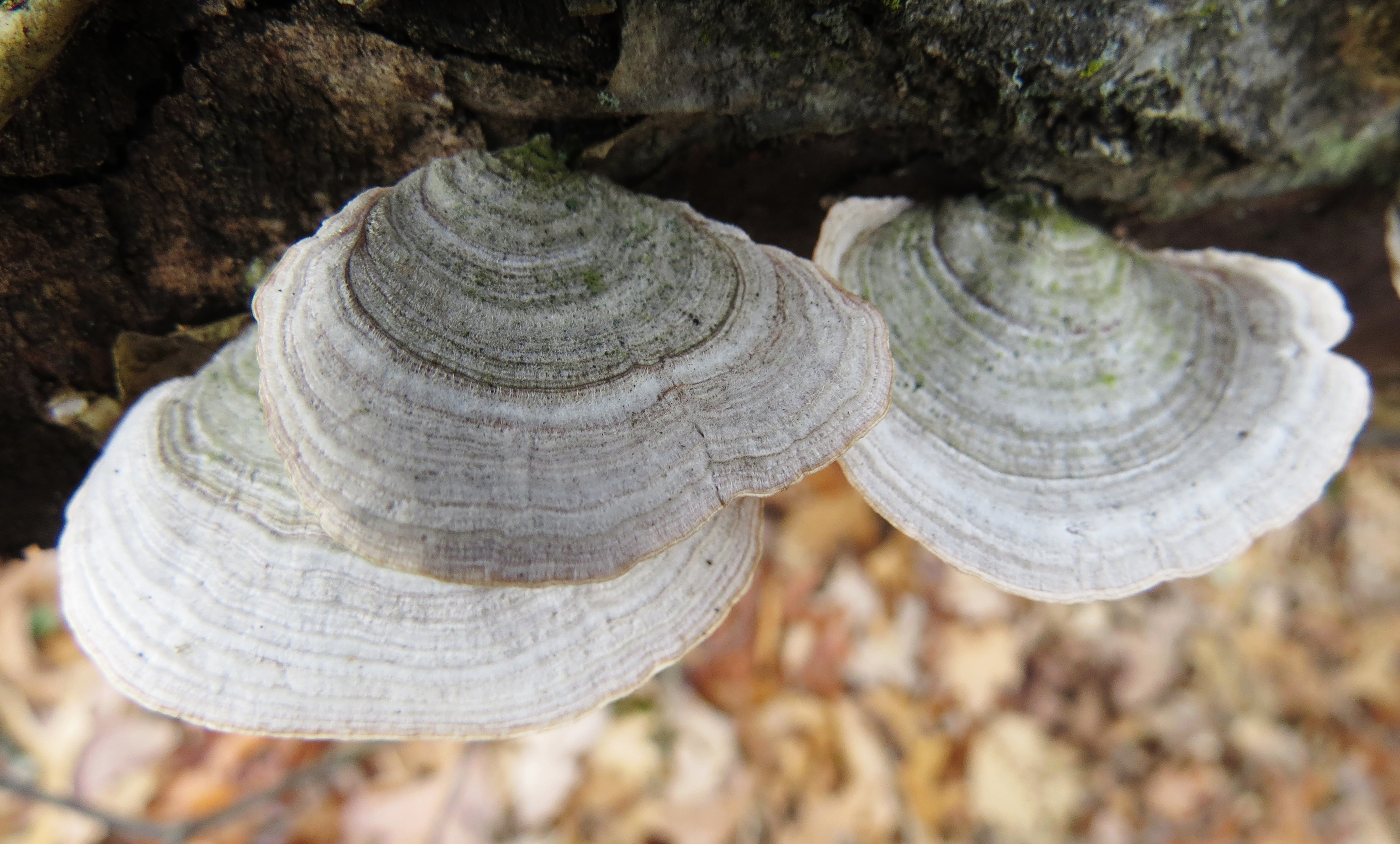 Regardless of what someone’s cousin’s friend’s brother-in-law may have shared on Facebook or told you on the trail, Turkey Tail fungi, although not poisonous, are not a species for the dinner plate and are not going to cure you of diseases, at least not yet. It is true, however that the species has been and is continuing to be researched for possible medical uses, including fighting cancer, but to experiment on your own would be a fool’s folly. Although, as scientific research continues, the only proven health benefit from turkey tails at this point are strengthened leg muscles, and perhaps more happiness. None of that comes from consuming turkey tails, but rather from the general health benefits and feeling of happiness that comes from hiking our wooded hills with the turkey tail as the catalyst for a summer adventure on the Wilder Side of Oakland County. 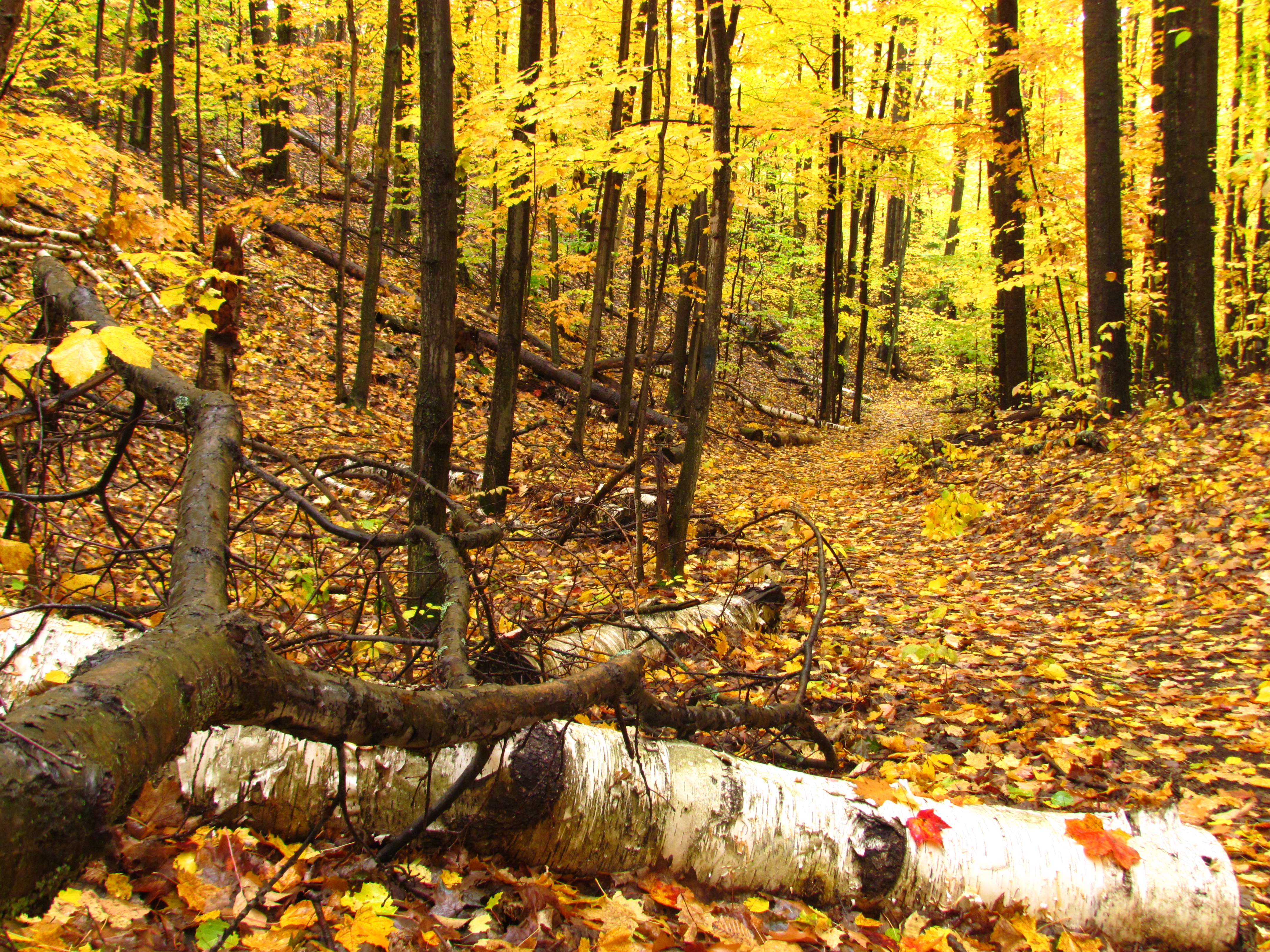 One thought on “Trekking for Turkey Tails”