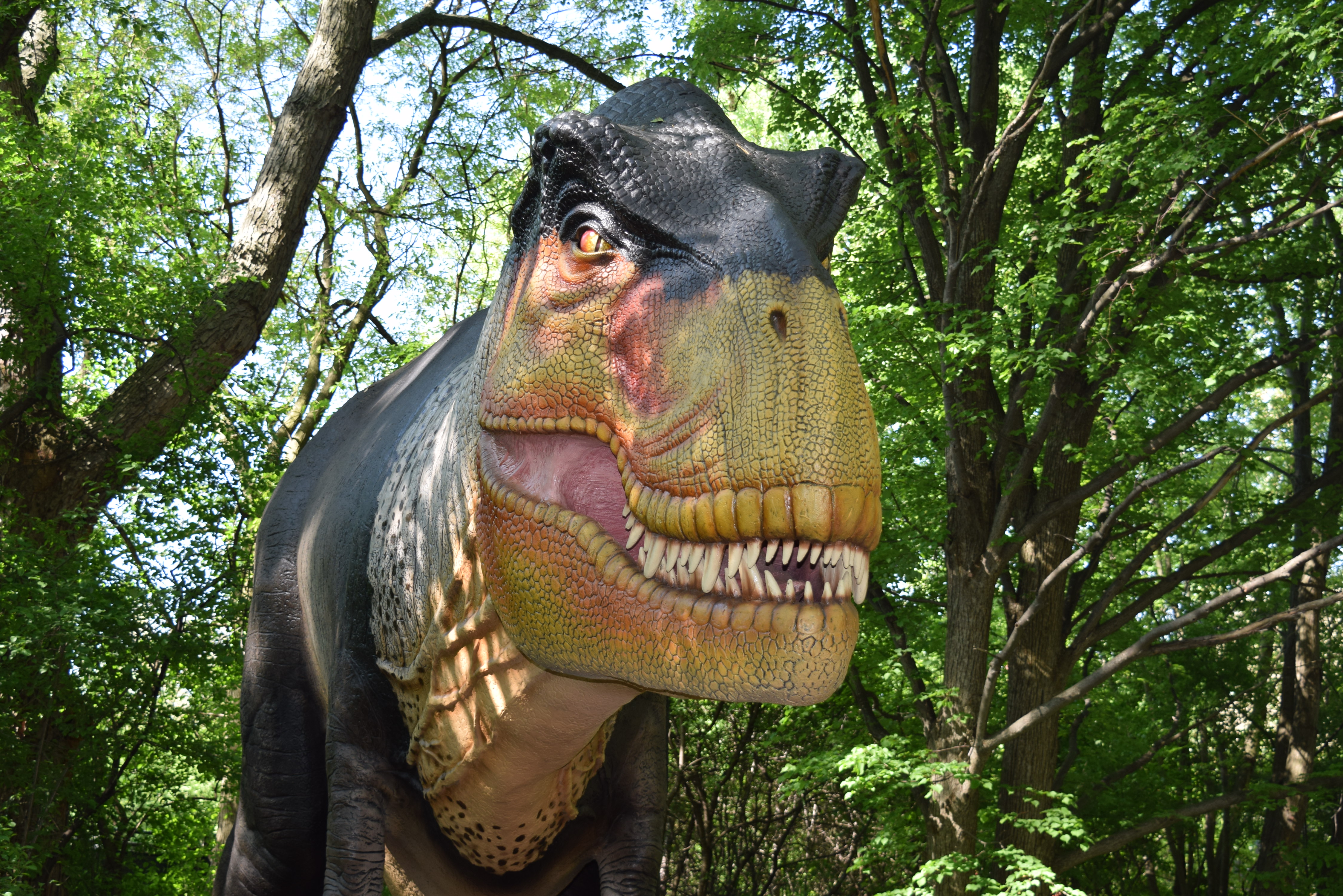 This summer, the Detroit Zoo in Oakland County is going prehistoric with the famous Dinosauria exhibit. The largest outdoor dinosaur exhibit of its kind in the country, Dinosauria features over 40 lifelike animatronic dinosaurs that shift, roar, and spit. The zoo’s most exciting summer attraction, presented by the Children’s Hospital of Michigan, began on May 25th and runs through September 3rd, 2018.

Check out this video to see this zoorassic world in action!

Dinosauria last appeared at the Detroit Zoo in 2015 and has been updated this year with many new and exciting features. Attendees will reverse the clock and walk along a beautiful, 3-acre DinoTrail recreating the age of the dinosaurs. The huge, ancient creatures are stationed alongside the trail, and include dinosaurs of all types and ages. The animatronic dinosaurs are masterfully crafted, their motions are lifelike, and their roars loud and clear. Be careful, though, the dinosaurs might spit water if you get too close! If you have any questions while observing the dinosaurs, talk to one of the knowledgeable DinoGuides. 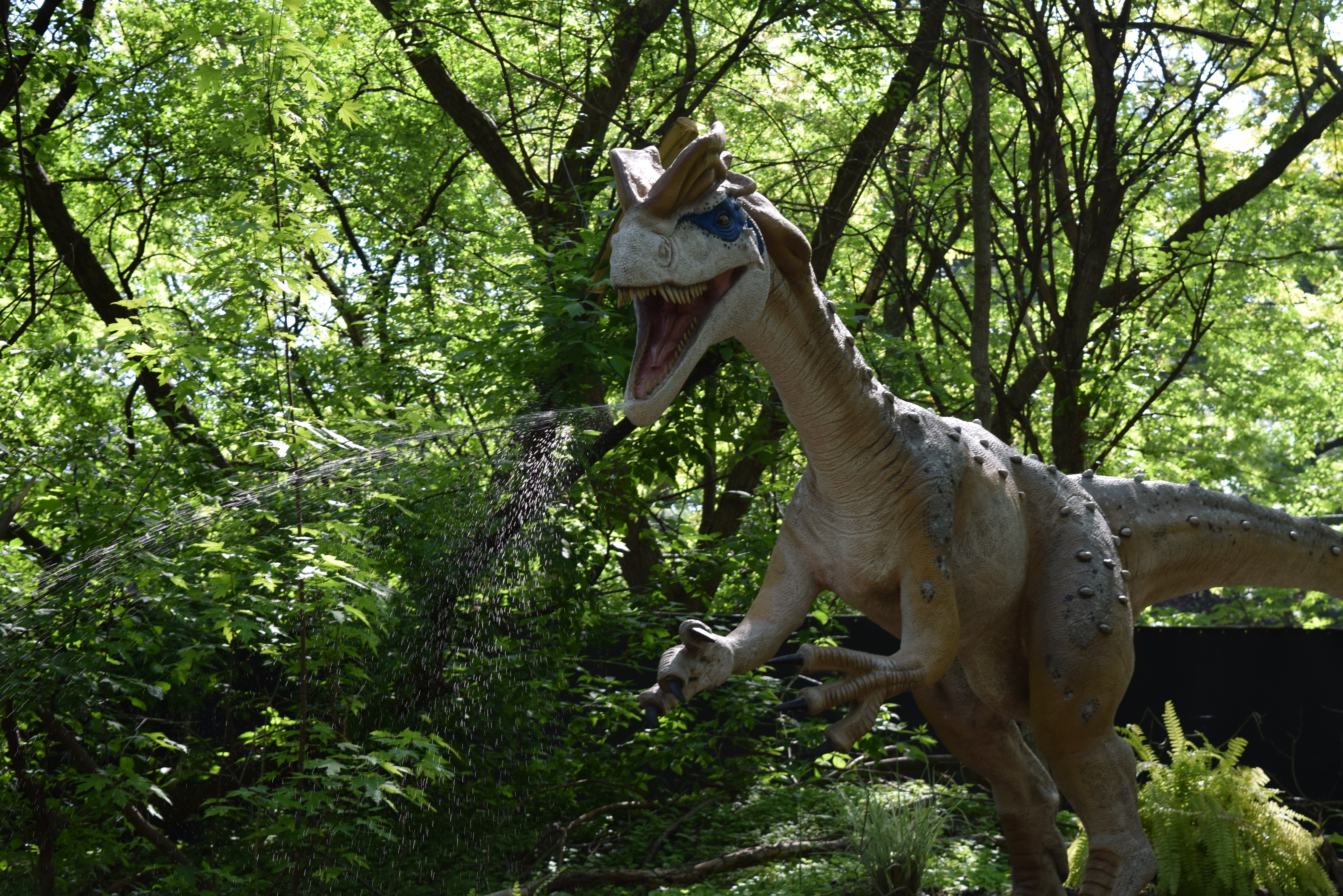 In addition to the DinoTrail, kids can become paleontologists for the day! Dinosauria includes a dino dig site and fossil-sifting station that gives children the opportunity to look over dino bones, learn about prehistoric life, and build realistic dinosaurs using magnetic parts. At the end of the DinoTrail is the DinoStore, a shop stocked with dinosaur memorabilia including caps, games, gifts, and clothing.

The dinosaur exhibit is open every day through Labor Day, 9:30am to 5:00pm, and open even later on Wednesdays in July and August – until 8:00pm! Tickets are $6 dollars with a Detroit Zoo admission for visitors two years old and older. The tickets can be bought at the main admissions stand, the Dinosauria ticket booth, or online.

Once you’ve left the DinoTrail, Dinosauria continues at the Wild Adventure Zone in the Ford Education Center. There are two featured pieces of entertainment:

Tickets for both spectacles are $5 with Detroit Zoo admission and can be purchased at the main admissions booth, the Wild Adventure Zone ticket booth, or online. 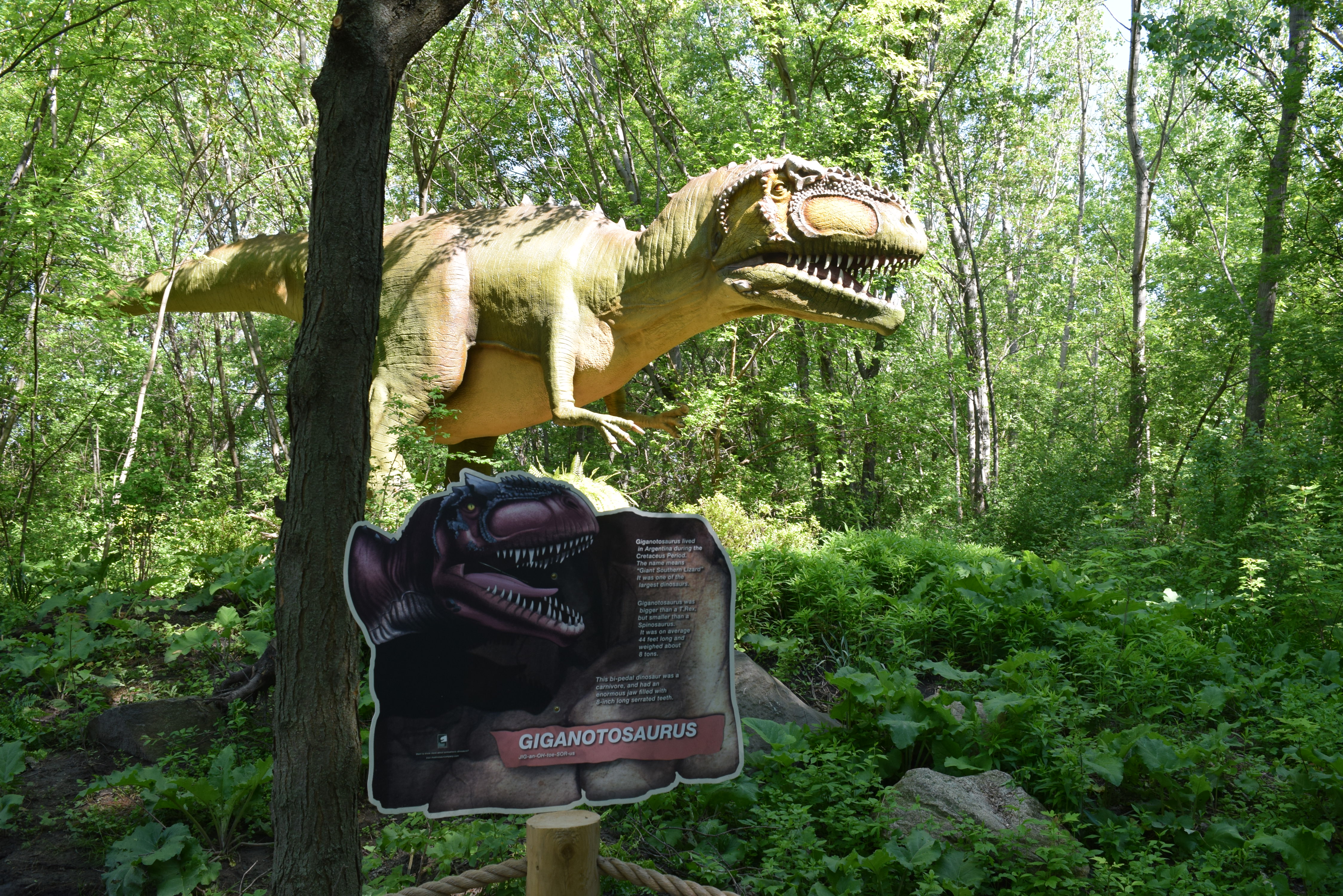