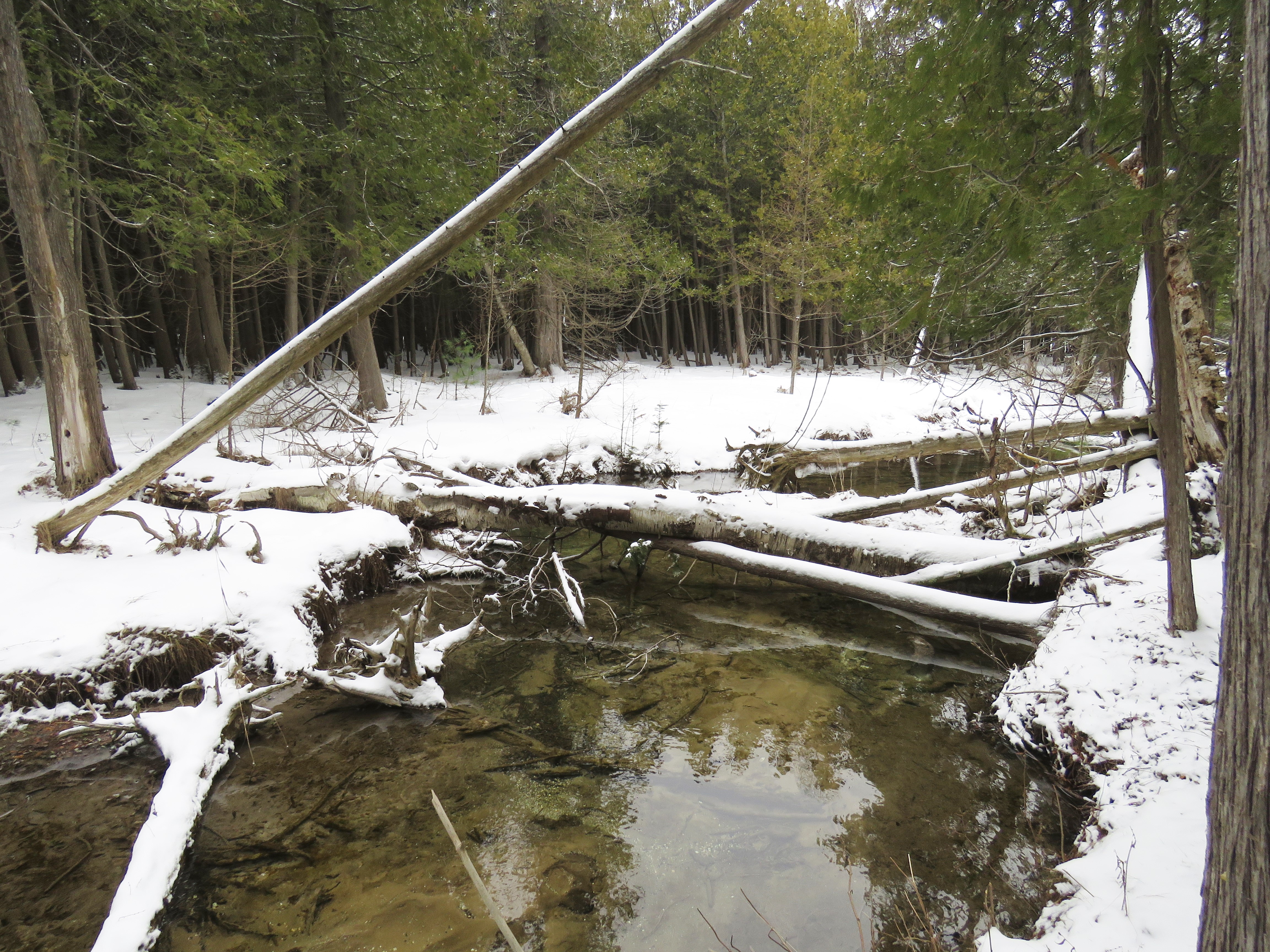 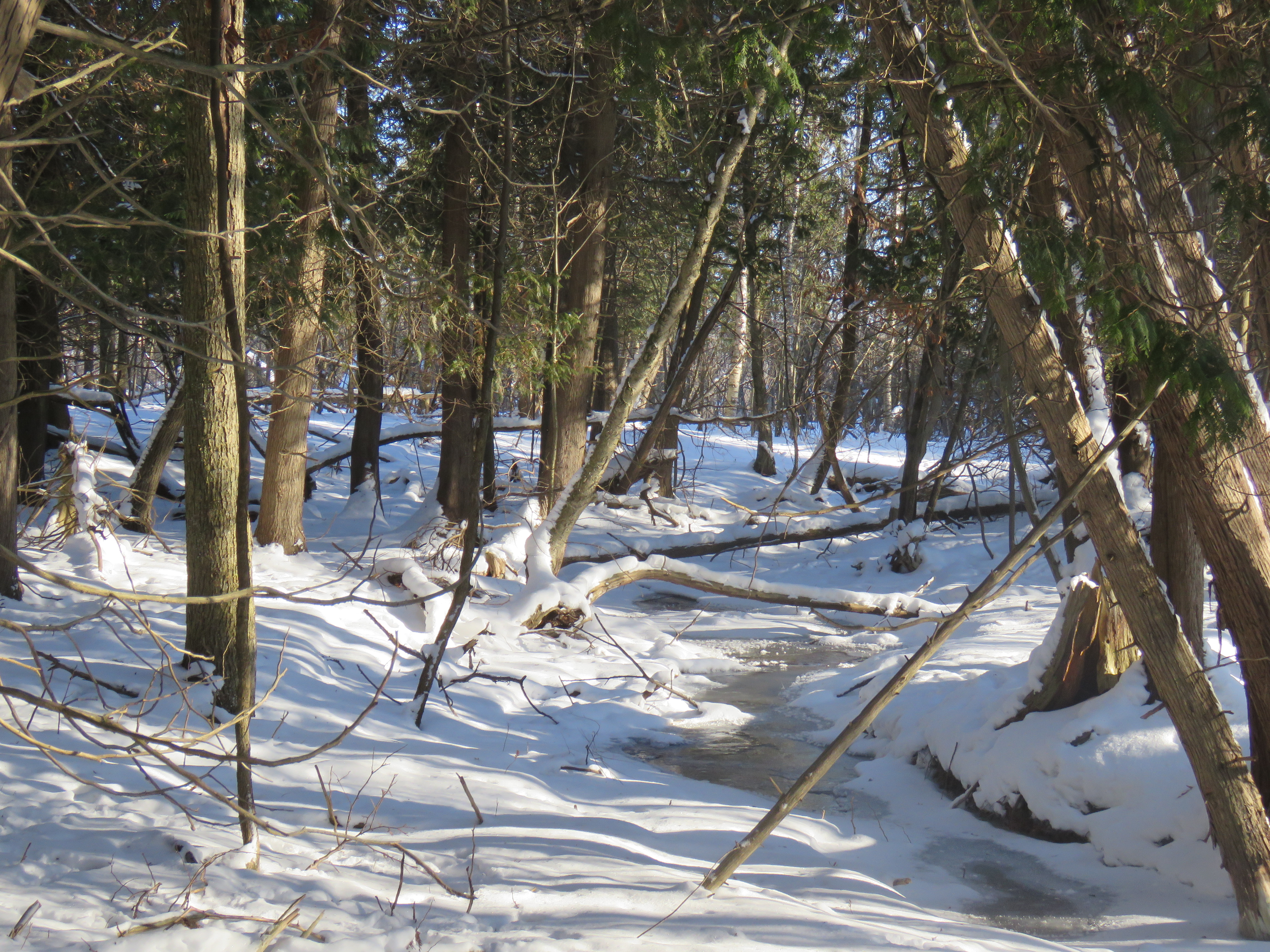 Swamps are in fact one of nature’s most amazing habitats. They are diverse both in size and structure. The development and evolution of these post-glacial features often differs, but they all started out as a shallow body of water such as a pond, lake or even a slow-moving river. Shrubs and moisture-loving trees took root in the shallow waters, and as hundreds, often thousands of years passed, decaying plant material accumulated and organic soils formed as the water became shallower. It’s not easy to define a swamp with everyone having preconceived notions, but an acceptable layperson’s definition of a swamp would read something like this, “A wetland dominated by woody plants, saturated soils during growing season, and standing water during various times of the year.” 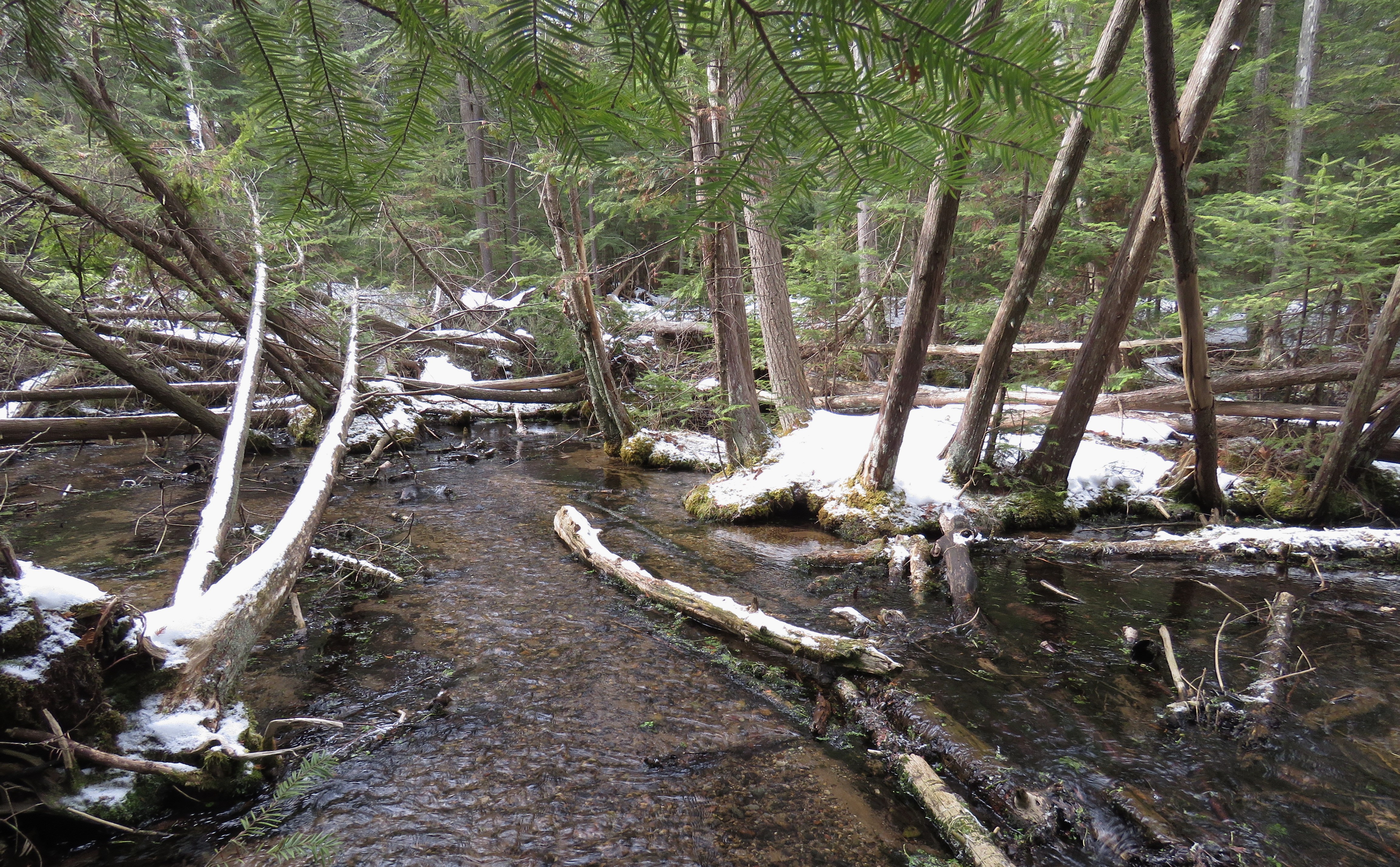 Some swamps are enormous, such as the 1.5 million-acre Everglades National Park, a subtropical wilderness that’s barely a stone’s throw from Miami. And then there is 26,276-acre Congaree National Park outside of Columbia, South Carolina, formerly known as Congaree Swamp National Monument. Technically, Congaree is not actually a swamp because it does not contain year round standing water, a defining feature of swamps. It’s actually an intact old-growth bottomland hardwood forest that floods about ten times a year, giving it a swamp-like appearance. Interestingly, when the “S” word, swamp, was dropped from its name in 2003 and the national monument became a national park, the number of visitors soared. Swamps seem to evoke fear, an unfortunate fact of our language and disdain for the word swamp, with the exclusion of biologists and naturalists that love the wonder of swamps. My love for swamps started at about the age of five or six, in rural Connecticut where I was allowed to run barefoot at the edge of our swamp. To me, it was a wonderful world of sights, sounds and smells. 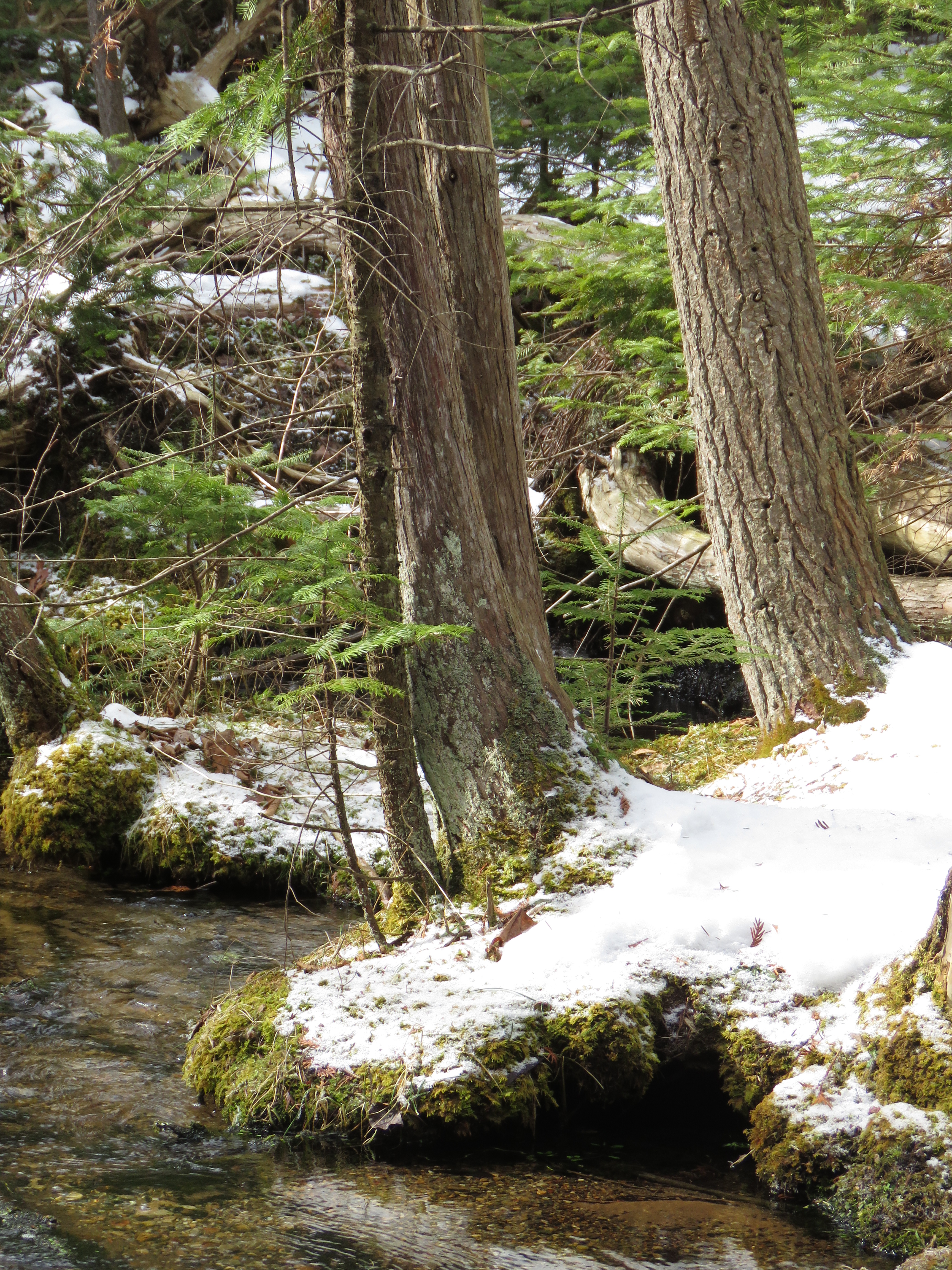 Oakland County has swamps too and some of the least known types would be classified as cedar swamps, a swamp dominated by northern white cedar (Thuja occcidentalis). They are places of solitude and exquisite beauty, especially in the waning days of winter. One of our cedar swamps, the 76-acre Lakeville Swamp Sanctuary, is protected by the Michigan Nature Association. Other, even smaller, remaining segments of cedar swamps are found on private lands in our northern tier, on lands protected by the Six Rivers Land Conservancy and within our Metroparks and Oakland County Parks. Travel 100 miles north and the cedar swamps are much larger. 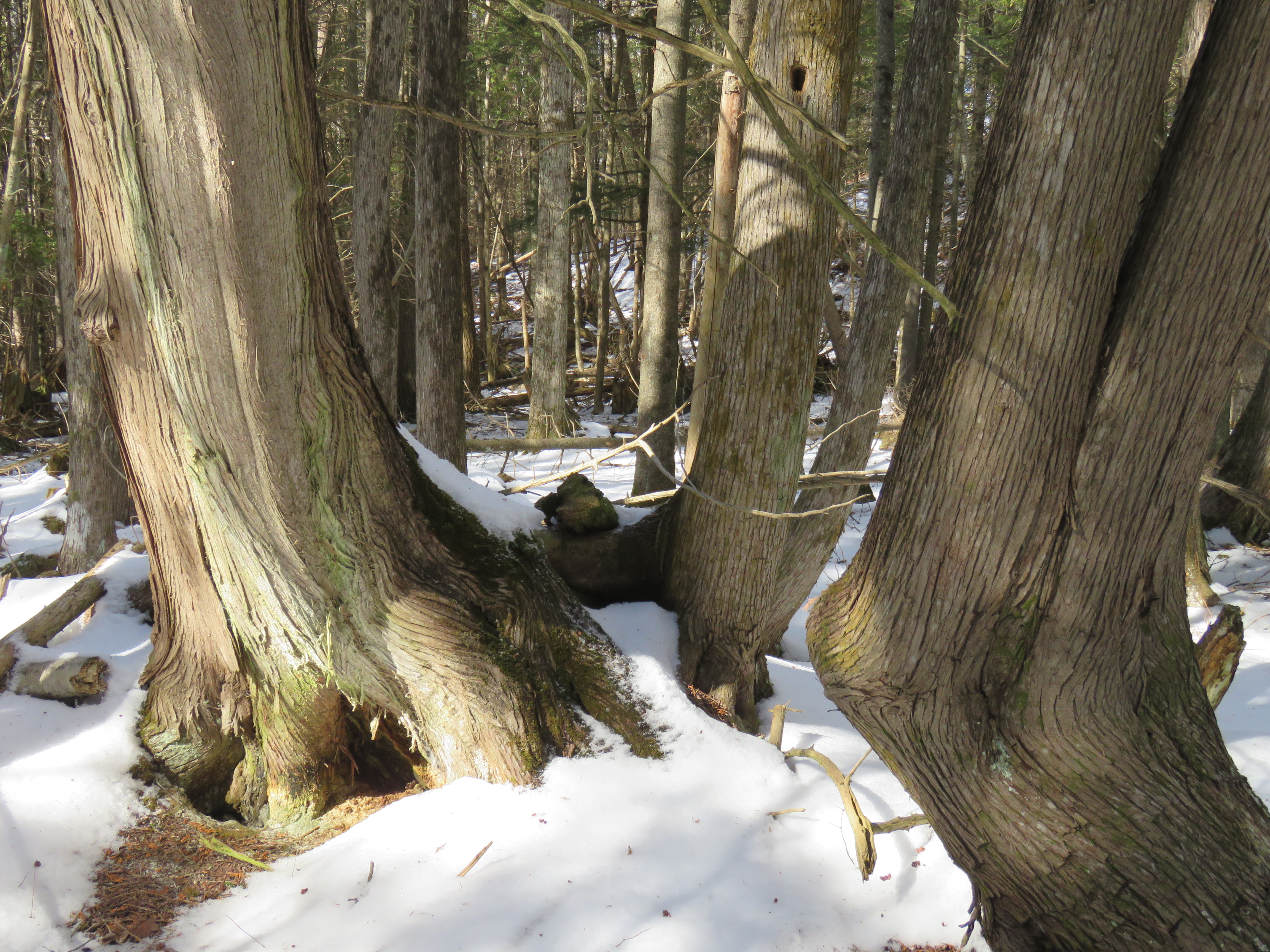 Although our snowpack melted during the record-breaking warmth and rainy days earlier this week, the cedar swamps provided, and continue to provide, sanctuary and shelter for dozens of species during winter, especially white-tailed deer. During past, more severe winters, cedar swamps provided both habitat and browse for deer. Cedar foliage is a favorite winter food for white-tailed deer during winter, but when other natural foods are available, as is usually the case in Oakland County, cedar is not the top choice. However, a hike in almost any local cedar swamp will reveal a browse line from deer. Cedar swamps have another natural feature for deer (and numerous other species) during a severe winter with deep snow. In dense cedar stands, the temperature is warmer, wind speeds are lower and the snow is shallower than the surrounding area. Michigan State University Extension adds importance to those factors with this statement, “A deer will lose less energy by eating nothing under a cedar stand than foraging for food in deep snow and cold temperatures.”

A cedar swamp is always changing and much of that goes back to its formation. Because the groundwater is close to the surface, northern white cedars are shallow-rooted. When winds howl, cedars can quickly topple, creating what is sometimes called a windthrow or tip-up mound. Those mounds form when the roots and clinging soil are pulled from the ground as the trees topple. Initially the windthrow base may be more than 12 feet tall and they create an eerie, almost ghostly spectacle when seen in morning mist. 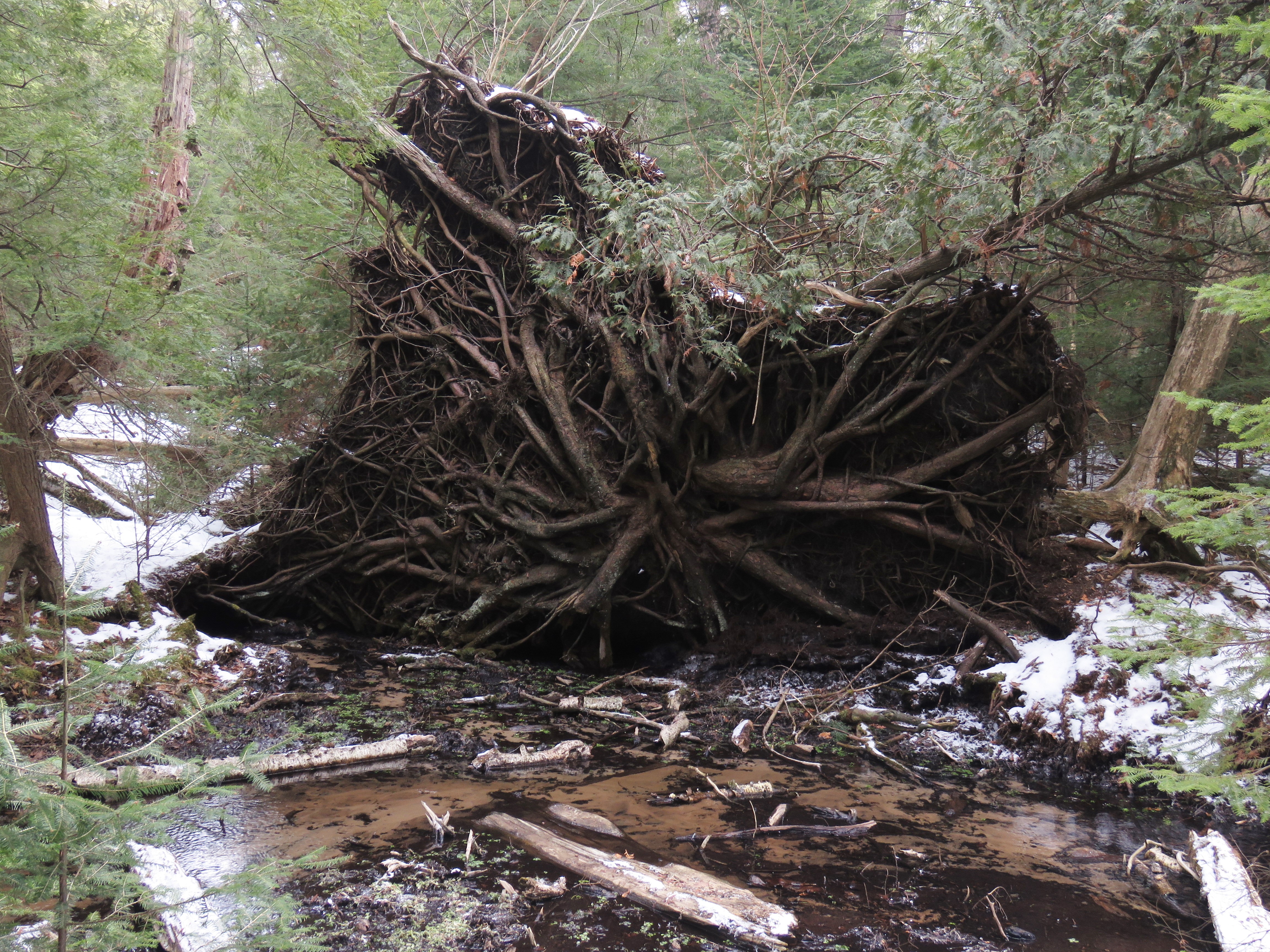 Windthrows are all too often looked at as a catastrophic phenomenon rather than natural disturbance that drives ecosystem patterns of the swamp and actually aid in regeneration and increase the value of the swamp to a myriad of creatures. Cedar trees in swamps are well adapted to the potential of toppling and unlike an oak tree that falls, the very act of falling creates opportunity for new growth. The USDA Natural Resources Conservation Service explains, “Layering may account for a significant portion of northern white cedar reproduction in swamps, because adventitious roots can be produced from any branch or stem. It is most common in young stands and those with leaning trees, where the lower branches become covered by moss. New trees also develop vegetatively from uprooted trees where roots are formed from vertical branches.” 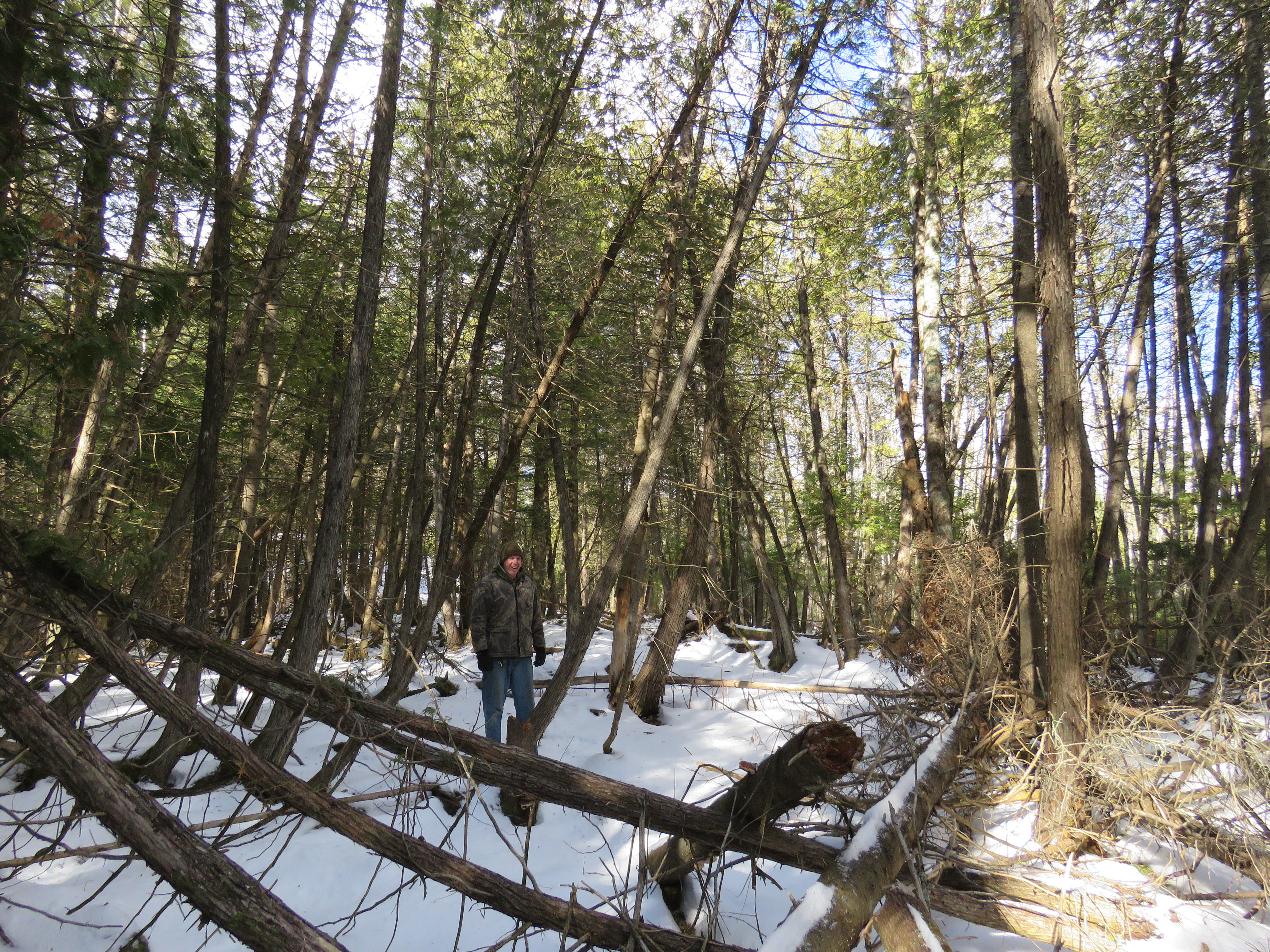 The holes that are formed when the root mass rips free of the earth creates mini habitats for amphibians and in early spring are breeding grounds for wood frogs. Try hiking now in the saturated swamps and an inexperienced hiker may find themselves knee-deep in water. Hiking just last week was another story, when snow and ice-covered the water in these productive holes created by windthrows. As I hiked along, the ice crackled and broke in a few locations, revealing that the water level had dropped substantially during winter. Tiny cones knocked free by red squirrels and birds lay scattered on top of the snow. The rains of this week have changed all that and water is flowing.

The moist mounds of decaying matter and rich soil that cling to the exposed roots rapidly become home to fungi, lichen, and mosses and often provide a site for the growth of new cedar trees. A slow-paced walk among the cedars reveals an acceleration of the duel between the seasons in these final days of February. Sphagnum moss is already appearing near tree trunks as small creeks darkened by natural tannins flow between the trees creating miniature islands. In a few more months, spectacular woodland wildflowers will appear near or on top of some of the older moist mounds, and our only venomous reptile, the Eastern Massasauga Rattlesnake will quietly go about its life in the shadows of the swamp.

Barred Owls, mink and pileated woodpeckers are three other local creatures that take advantage of the “relatively” easy living in a cedar swamp habitat. Hikers in the know will often see the rectangular shaped cavities created by pileated woodpeckers hunting for insects and grubs and a few may even spot a deep nesting cavity. Exploring a cedar swamp in these waning and wet days of winter is a grand adventure, but caution is needed. Hidden pockets of water are present, some mud has the ability to almost suck boots of feet, logs are slippery and the landscape can confuse a novice as to the best way to get back out. But for those that are prepared, it’s a beautiful nature-embracing experience on the wilder side of Oakland County.