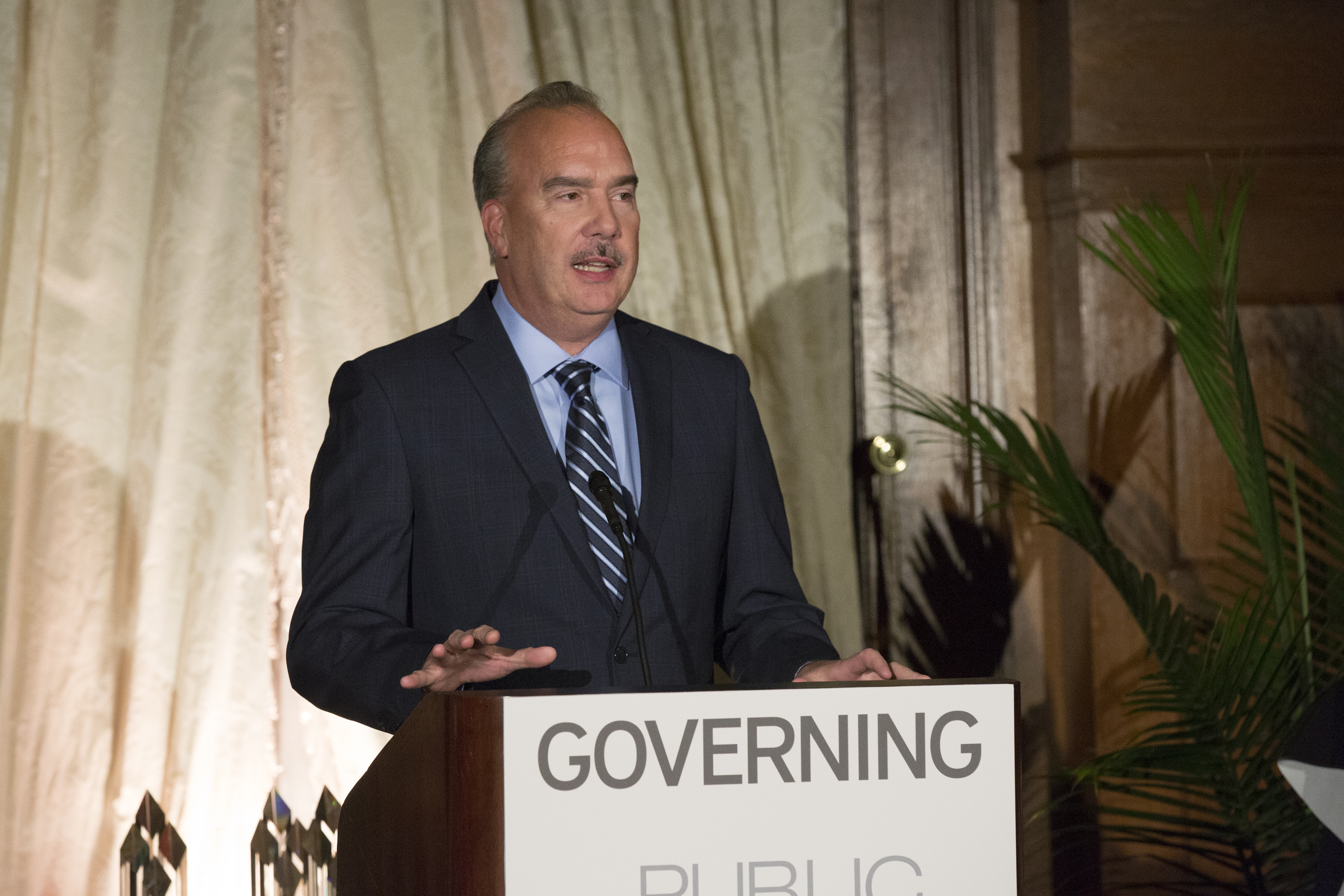 There’s a reason Deputy County Executive and CIO Phil Bertolini is one of the County’s most decorated public servants. See why he has been nationally recognized for excellence by his peers:

Oakland County Executive L. Brooks Patterson appointed him the Director of Information Technology in December of 2000, after witnessing Bertolini’s abilities in Equalization. Bertolini recalls Patterson’s confidence that this appointment would be a good fit for him, “If I wanted a technology person to run technology, I have a whole building full of those people. I need someone who is going to get the people who we build technology for to use it.”

In January of 2005, County Executive Patterson appointed Bertolini to his current position: Deputy County Executive and Chief Information Officer (CIO). Patterson stated, “I need technology to be at the highest level of the organization decision-making tree.”

To Bertolini, leadership often comes from transforming goals into reality.

“Our County Executive, L. Brooks Patterson, is a visionary. To take that vision and operationalize it is not an easy task, but we as leaders have to do that every day,” he said.

Through these programs, Oakland County is able to share its knowledge and expertise with other local and state governments while also generating revenue that pays for new initiatives here at home.

The successes of Bertolini and his department are frequently recognized by organizations such as the Center for Digital Government and Michigan Government Management Information Services (Mi-GMIS). In 2017, he was inducted into the CIO Hall of Fame and named one of the “Public Officials of the Year” by Governing Magazine. Bertolini has also been honored by the White House, which named him a Champion for Change in 2012 and Crain’s Detroit Business, which named him CIO of the Year in 2013.

To Bertolini, the government exists to provide, serve and help on a fundamental level. Through his years of leadership, this philosophy has become the I.T. department’s guiding principle. Being recognized for it? That’s just the icing on the cake.

“Helping people is what I really want to do and do every day. To be recognized for that just adds that additional ‘yeah factor’ to it,” Bertolini said.

Beyond the accolades, Bertolini views his people-focused approach to technology as the key ingredient to success.

“This operation has never been just about technology. It’s always been about the people,” he said. “Without these people here, none of those awards would have been possible.”