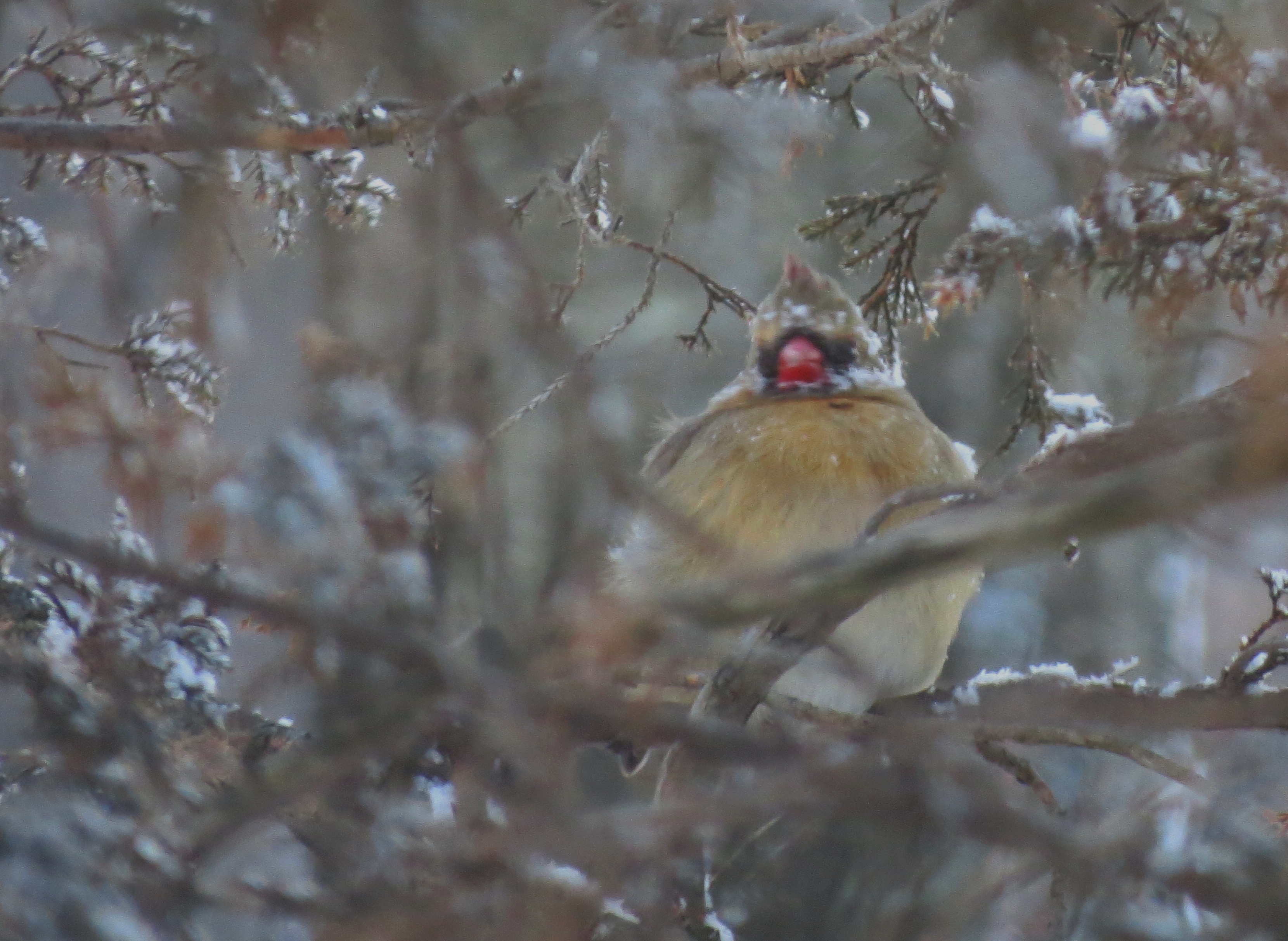 Sixty-five! That’s how many times I set out on a trail within the boundaries of Oakland County this year. Most were short meanders of three or four miles that followed designated trails in our Oakland County Parks, the Huron Clinton Metroparks or wildlands managed by local units of government. Some hikes were adventuresome treks of ten or more miles in our State Recreation Areas and State Parks managed by the Michigan Department of Natural Resources. All were pleasurable, even when mosquitos swarmed, thunder rumbled, the mercury plunged, or humidity glued my shirt to my chest. Song birds sang, snakes slithered, owls hooted, turkeys trotted, Sandhill cranes trumpeted, turtles sun bathed, and once at dusk a coyote yipped. On a snowy day, both a cardinal and a deer froze for photos as I meandered close by both of them. It was a good year and I met people who shared the passion of the wilder side of nature’s way. 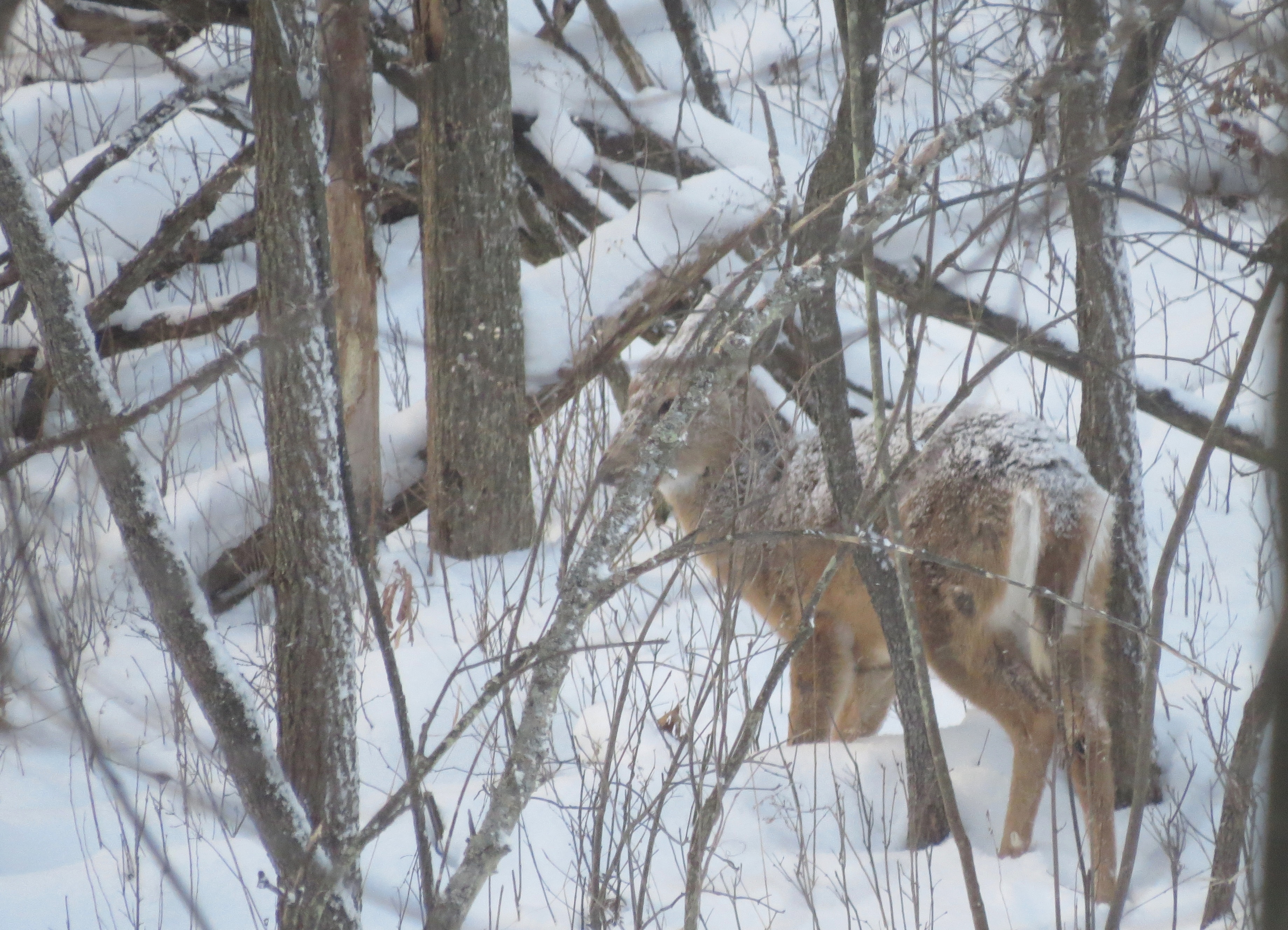 Every hike brought surprises, for nature is not static. This held true earlier this the week at the Ortonville State Recreation Area, on the northern border of Oakland County near the Village of Ortonville. To set the stage for my last trail tale of 2016, the snow was crunchy, the sky overcast and the temperature hovered in the mid-thirties. The hike was at Bloomer Unit Three, located in the southwest corner of the Ortonville State Recreation Area, a 5,400 acre wildland that spans the Oakland County – Lapeer County Line and is managed by the Michigan Department of Natural Resources. 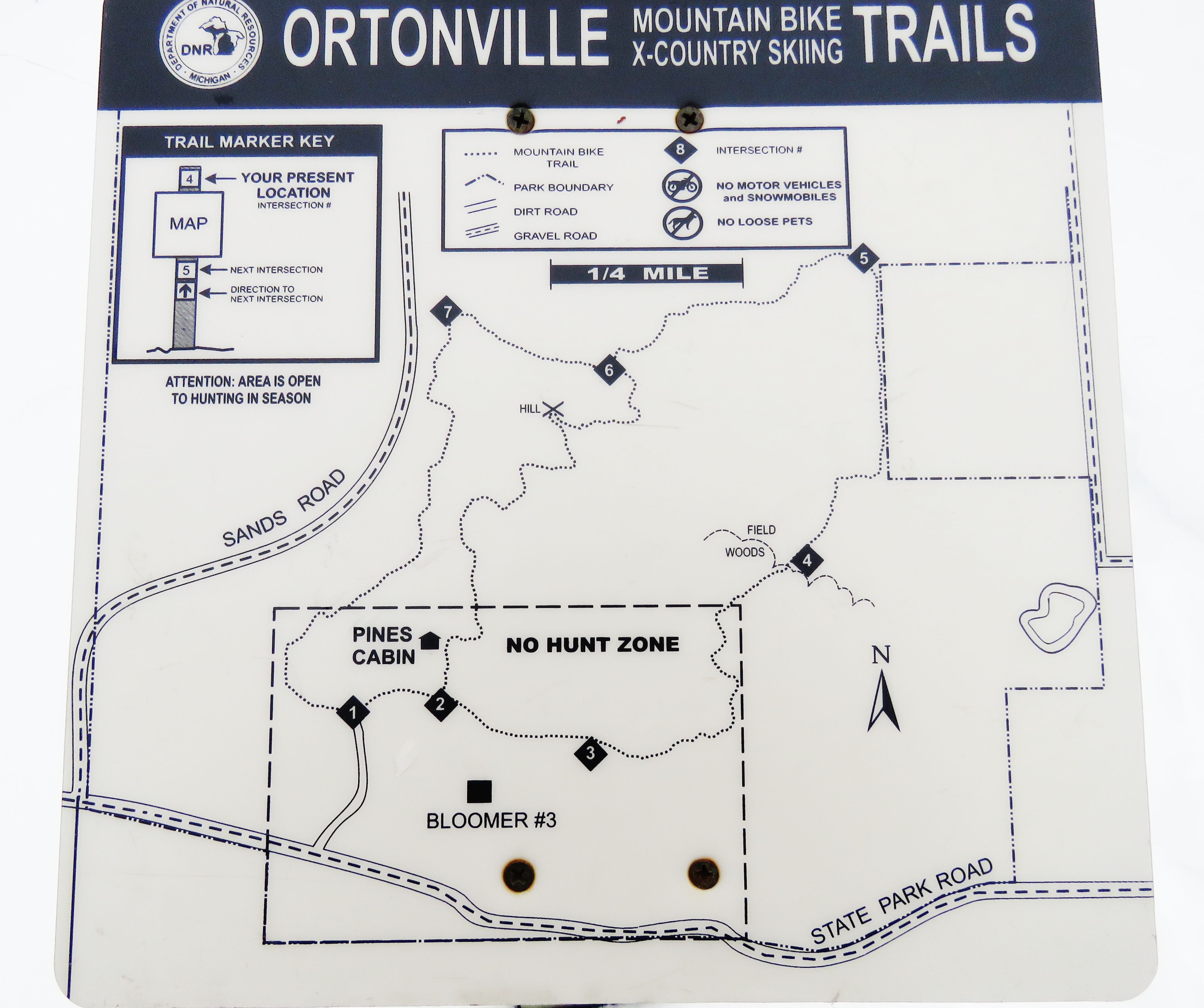 Ortonville State Recreation Area takes on subtle beauty during winter, but winter also creates a need for serious situational awareness on these trails. It is not a place to meander off trail unless you are skilled in off-trail navigation and are aware of the topography, hidden wetlands and other natural hazards. The site is unstaffed, trails are primitive and minimally maintained. Except for an occasional patrol by a DNR Conservation Officer, encounters with other hikers, or hunters during hunting season, you are on your own. Most of the trails are on the Lapeer County side and are accessed north of Fox Lake Road. For those who wish to test their cross-county ski skills on steep multi-use trails meandering between large trees, or just want to embrace nature’s way in winter, I suggest the Bloomer Unit for a snowmobile free sample of the glacially sculpted wilder side of our county in this State Recreation Area. 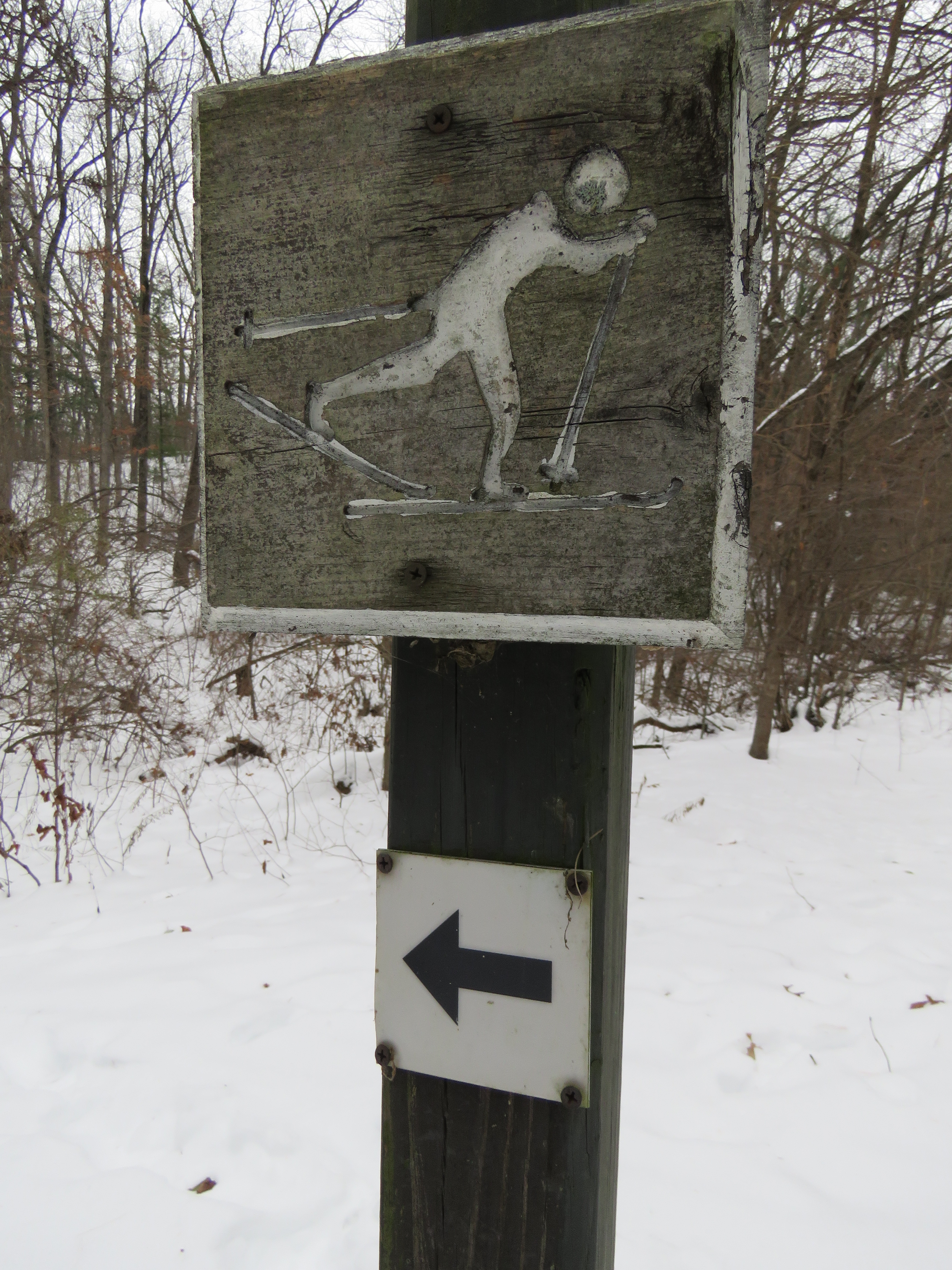 The entrance to Bloomer is on the north side of State Park Road just a bit east of Sands Road. Pay close attention to the Trail Marker Key posts. They indicate your present location and the direction to the next marker. Wandering off trail can become challenging and at times dangerous for those new to deep woods winter recreation. If you cross country ski, go counter clockwise. Be aware that some downhill sections range between thrilling fun, and “Why the heck did I try this?” Depending on your cell carrier, and your location on the trail, phone reception may be poor. 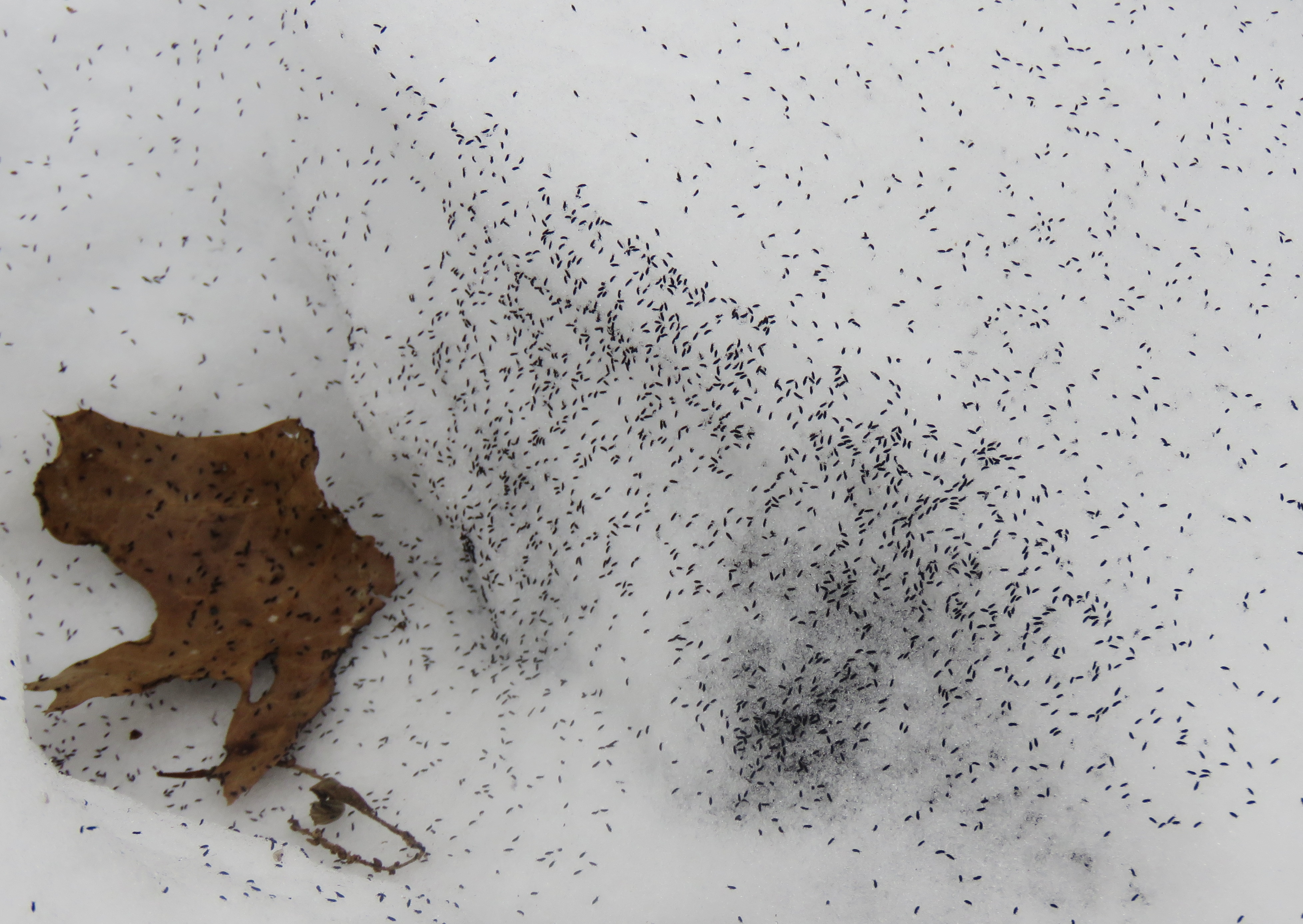 I started my hike at the trailhead heading uphill towards trail marker two. Almost as soon as I started I stepped off trail to tighten a boot lace, and then as I bent forward noticed I was not alone. Thousands, perhaps tens of thousands, of tiny creatures were all around me. The black specks were about the size and shape of grains of rice. Most crawled slowly about the snow, others catapulted about like Olympic gold medalists. That encounter brought to mind one of my favorite John Muir quotes, “In every walk with nature one receives far more than he seeks.”

I knelt to watch these amazing snow-beasts, commonly called “Snow Fleas”, and was quickly joined by another solo hiker. She approached quietly and was equally enthralled. “Snow fleas are primitive creatures, properly called Springtails, that usually appear in the waning days of winter around the bases of trees when the temperature climbs above freezing. They munch on decaying leaves.” That was my abbreviated explanation for her. Her response was a smiling, “Too cool.”  I smiled too, for it’s great to meet others that enjoy the simple winter wonders of nature.

Whether you hike for pleasure or exercise, winter gives the mind time to relax and the eye time to wander and note the subtle beauties of the trail. You’ll find many species of mushrooms that remain, especially Turkey Tail that clings to fallen logs almost buried by snow. The rectangular shaped excavations of Pileated Woodpeckers hunting carpenter ants are common, and some hikers are thrilled to witness this red-crested forest giant in action. Sit patiently and wait, and you may capture a photo. Tracks in the snow share the secret wanderings of white-tailed deer, turkeys, coyotes and white-footed mice that thrive in the hilly glacial landscape that is dominated by large hardwoods, but also has expansive stands of evergreens. 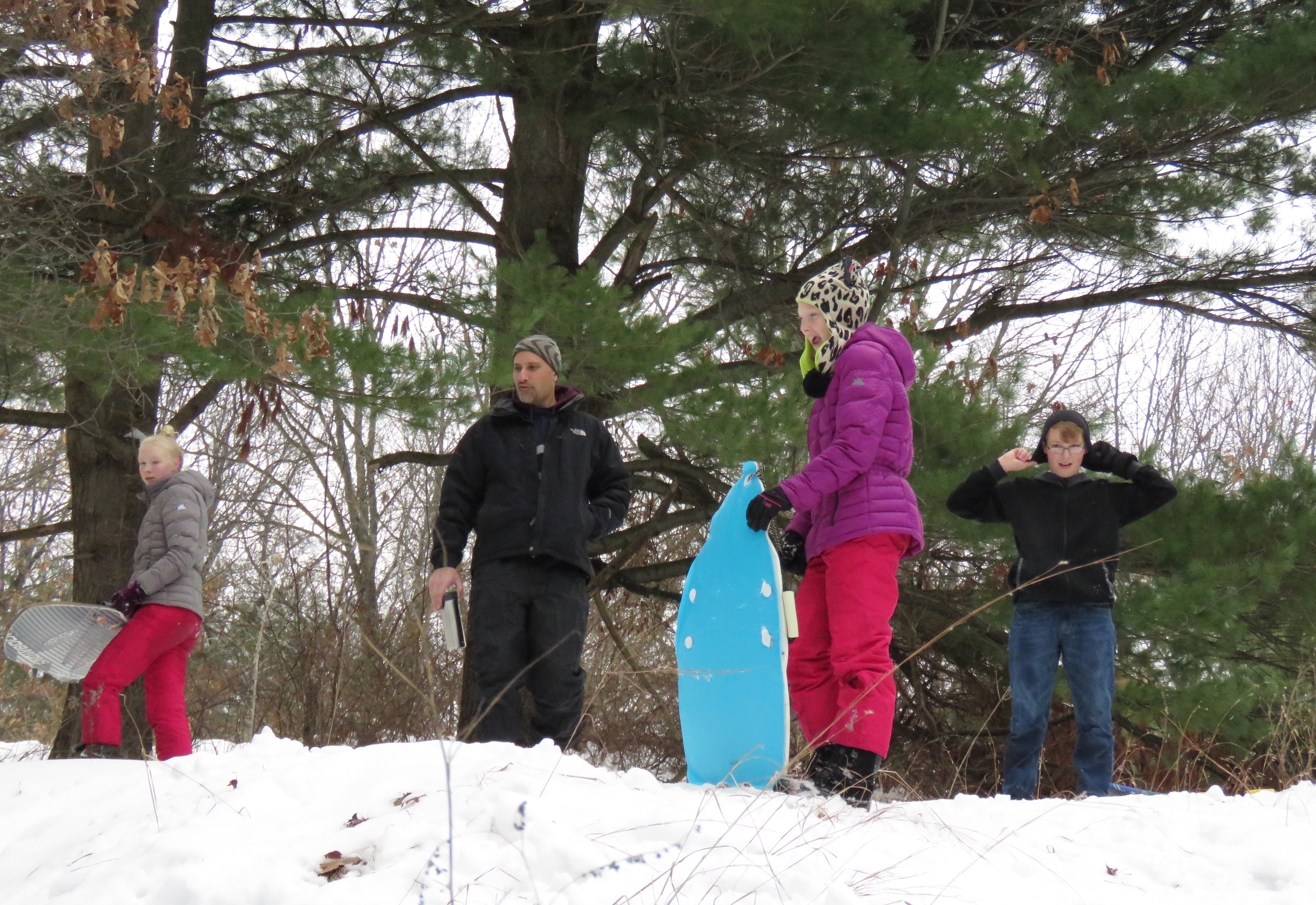 One feature of the landscape draws in children – the sled hill. Don’t look for it on the map. It officially does not exist. Local residents however, take advantage of the unsupervised, steep, tree-lined sled hill easily found by walking from the parking area a few hundred yards west towards trail marker seven. Listen for the screams of delight of kids playing – without the benefit of electronic hand held devices. But stay clear of their hill. Their saucers and sleds rocketed downhill almost faster than I could get out of the way. 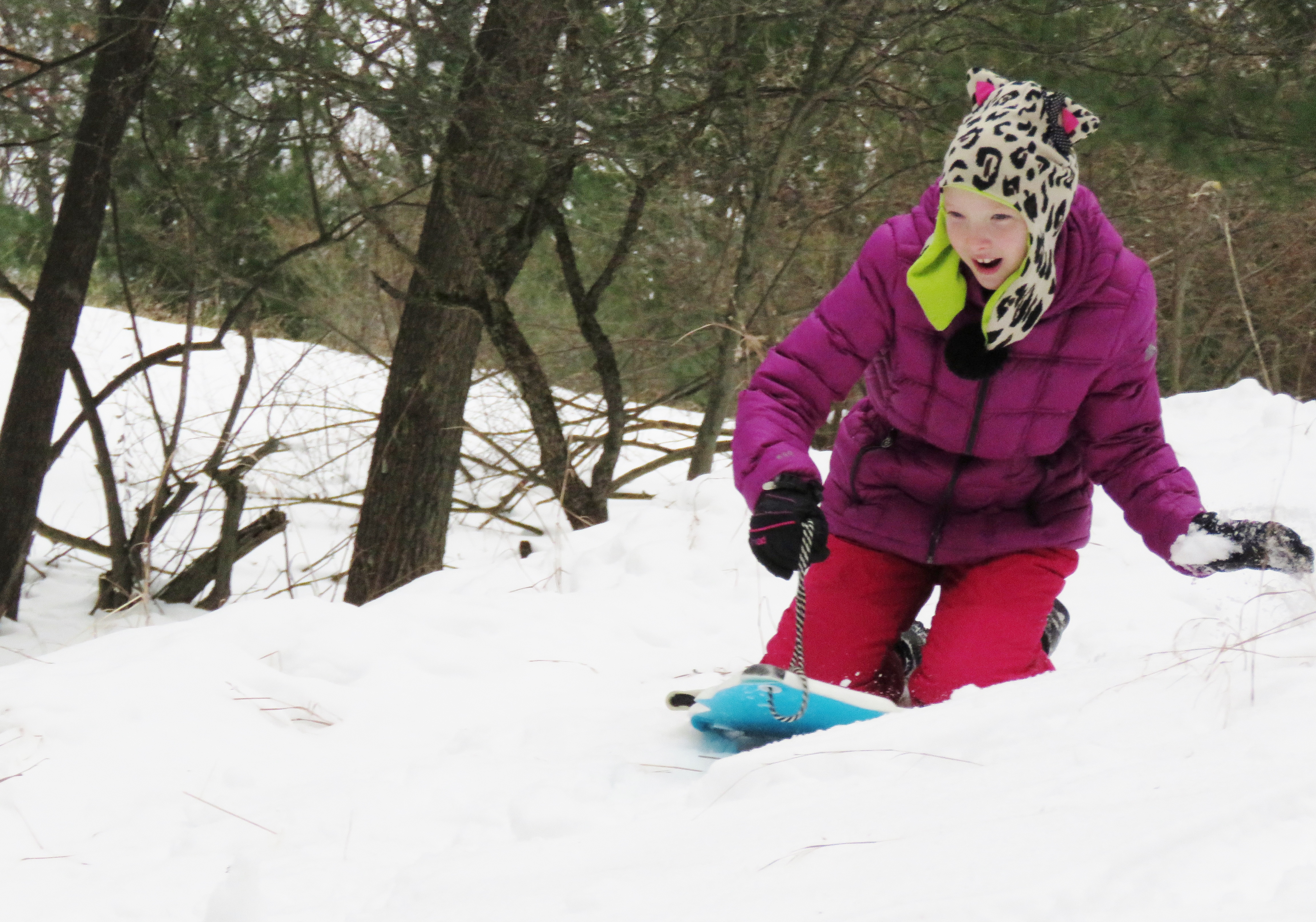 For more information on the Ortonville State Recreation Area visit www.michigan.gov/ortonville. Have a safe, happy and nature-embracing New Year and perhaps make 2017 the year you will step over into the wilder side of our county.

3 thoughts on “Northern Border: A Year’s End Salute to Hiking”