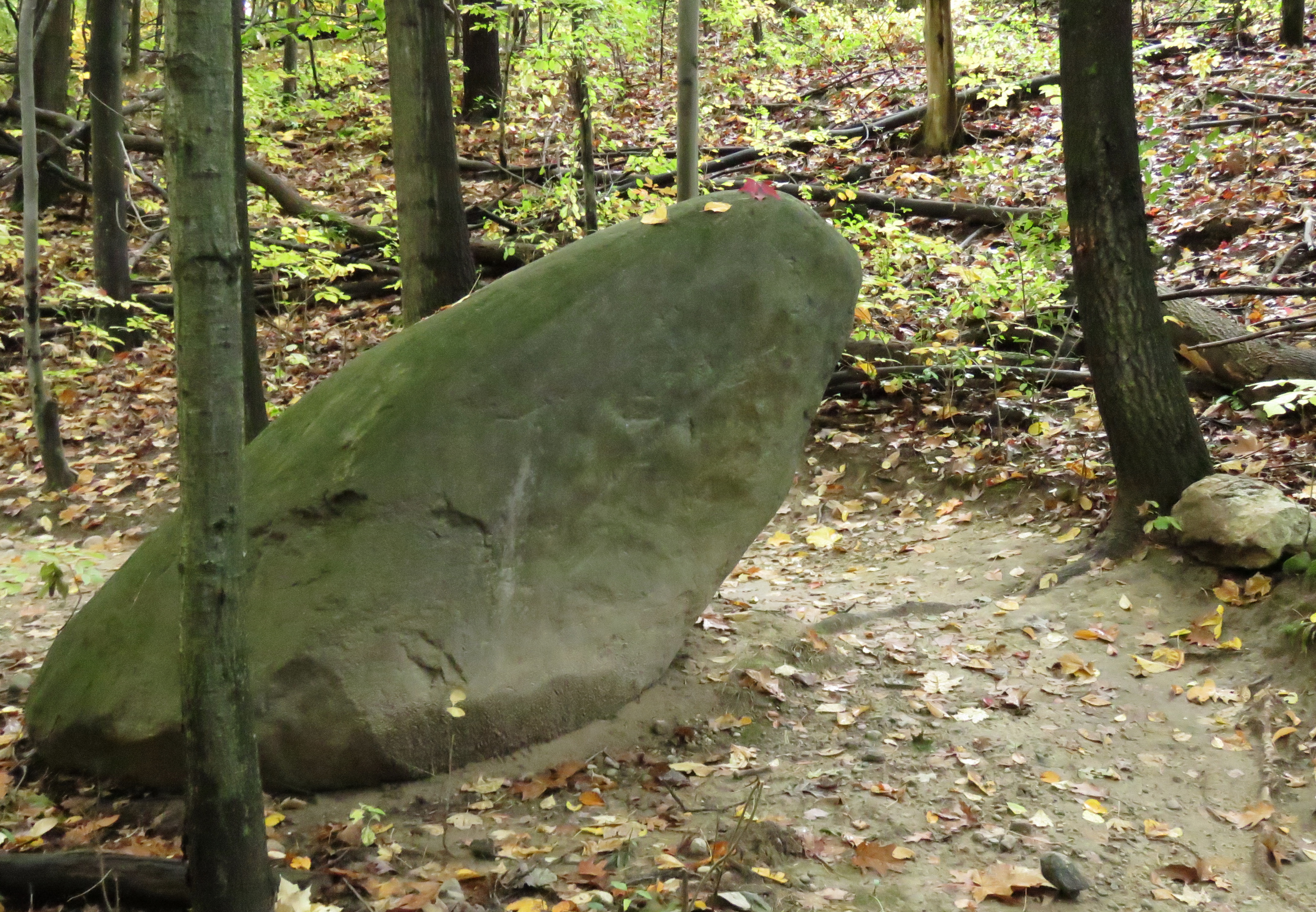 As the leaf fall of November accelerates and leaves bare their hiding places between the trees, rock forms from the north are being spotted along the back country trails of Oakland County. These rock forms have actually been existing quietly among us for a long, long time. I encountered my first one when I was about five years old in rural Connecticut. During the warm months I would climb up and sit on the massive formation. In the winter I would hike with my two sisters to pay homage to my glacial erratic. It was fondly called, “the boulder” by my sisters, but I knew better. Glacial erratic was most likely the first science related word combination I heard, learned, and finally understood thanks to my dad who fueled my passion for all things wild. 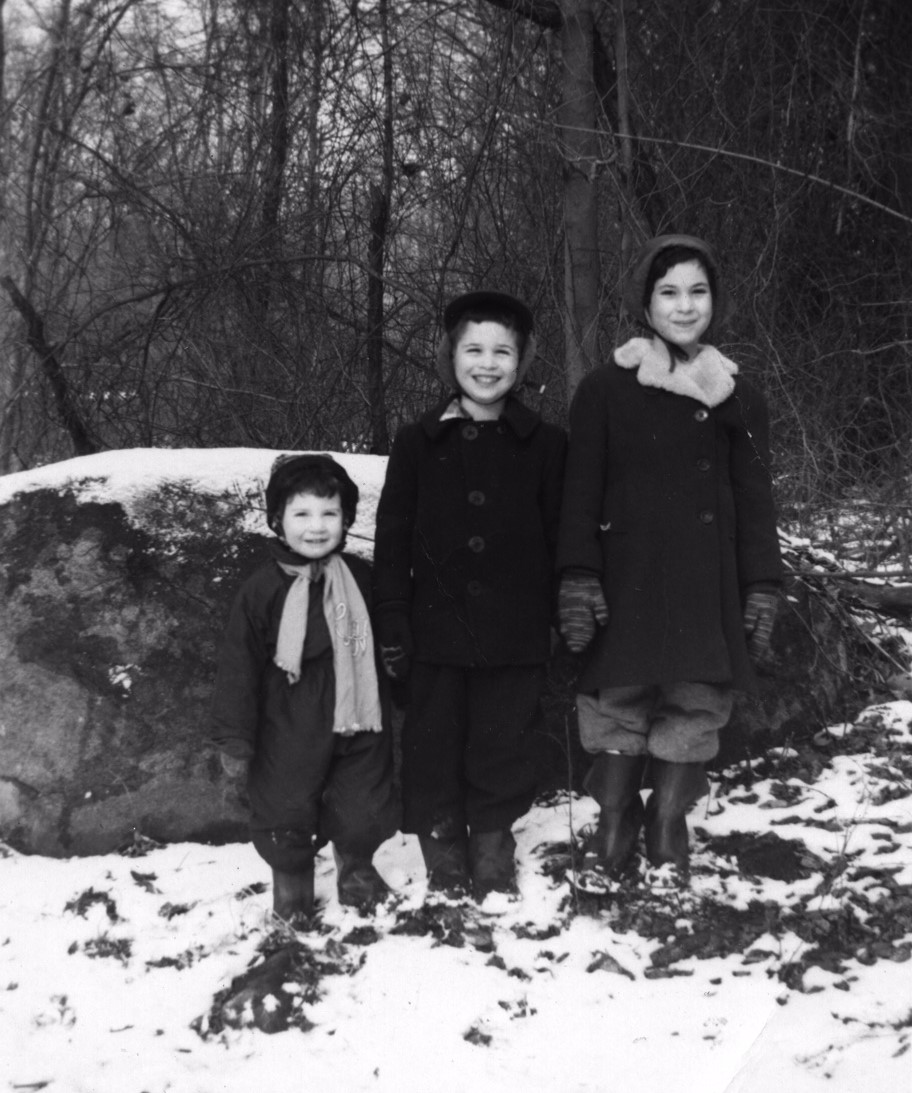 My love affair with glacial erratics continues to this day. You may know these rocks as ‘landscape boulders’. What a horribly demeaning name for such awesome rocks! Glacial erratics are rocks of any size, some as small as a tiny pebble, and others as big as a small house that were transported by a glacier to an area different than its origin.

Some of these rocks are stunning in shape and rich with conglomerates of color. If they could talk, they would share stories of great sheets of ice that carried and pushed them south, and tell tales of the Mastodons and Mammoths that fled the approaching ice and the native Paleo-Indians that advanced as the ice sheet melted. Some now stand alone in farm fields or suburban neighborhoods, while others project dramatically out of perched sand dunes. Some of the best examples are those found on the windswept west shoreline of South Manitou Island, an island in Lake Michigan that is part of Sleeping Bear Dunes National Lakeshore. 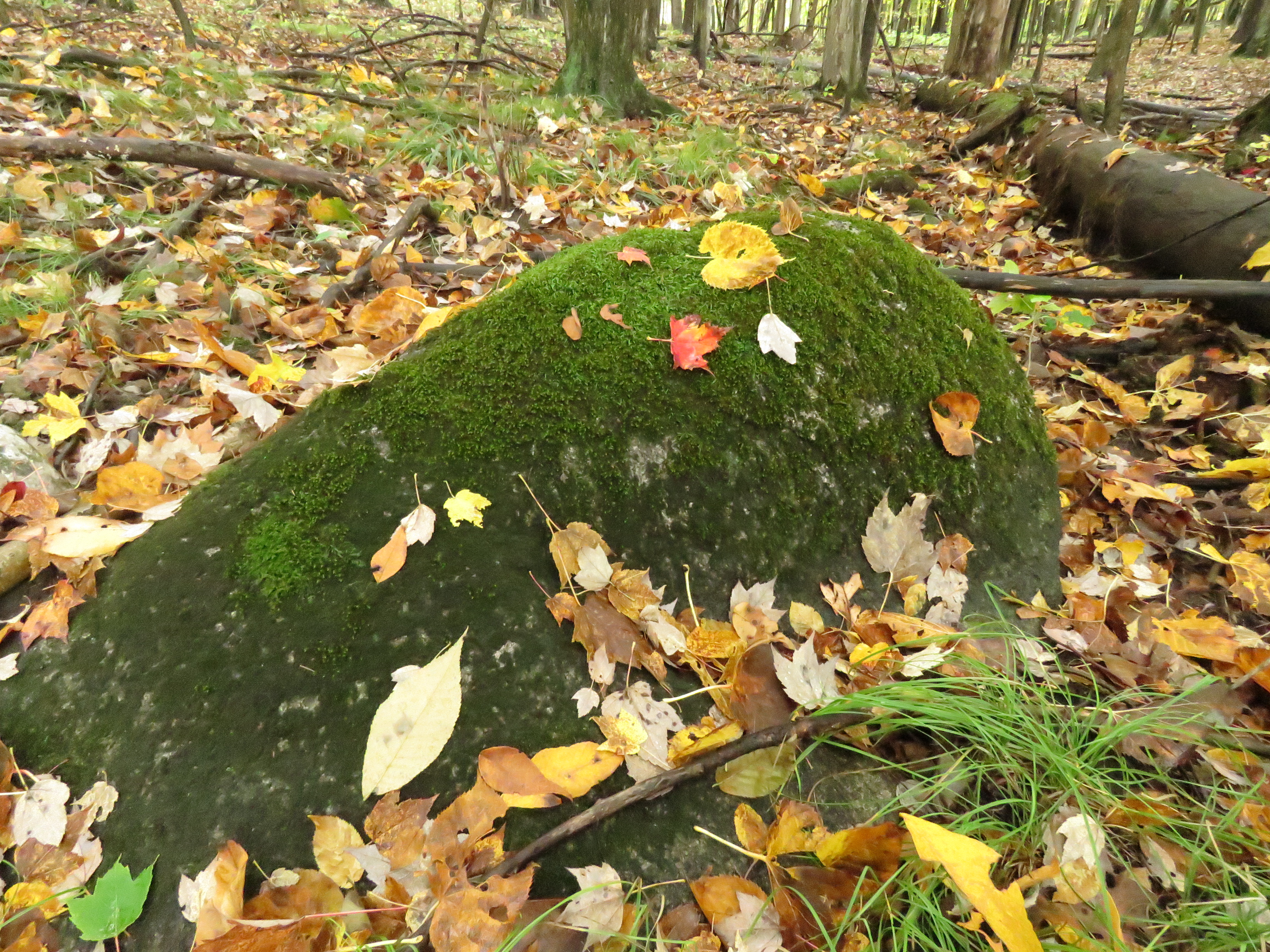 In Oakland County they are everywhere, with many protruding from hillsides more properly called moraines. Moraines are ridges of soil and rock which piled up and were dumped along the ridge line of the melting mountain of ice. Many of our larger parks and State Recreation Areas have clearly defined moraines; they are part of the story of forest forensics that is punctuated by the glacial erratics. Those erratics also share a human history story. For example, an old moss covered stone wall built with glacial erratics that is now found deep in a woodland tells the story of a farm field that existed before being abandoned and left to the wilds. 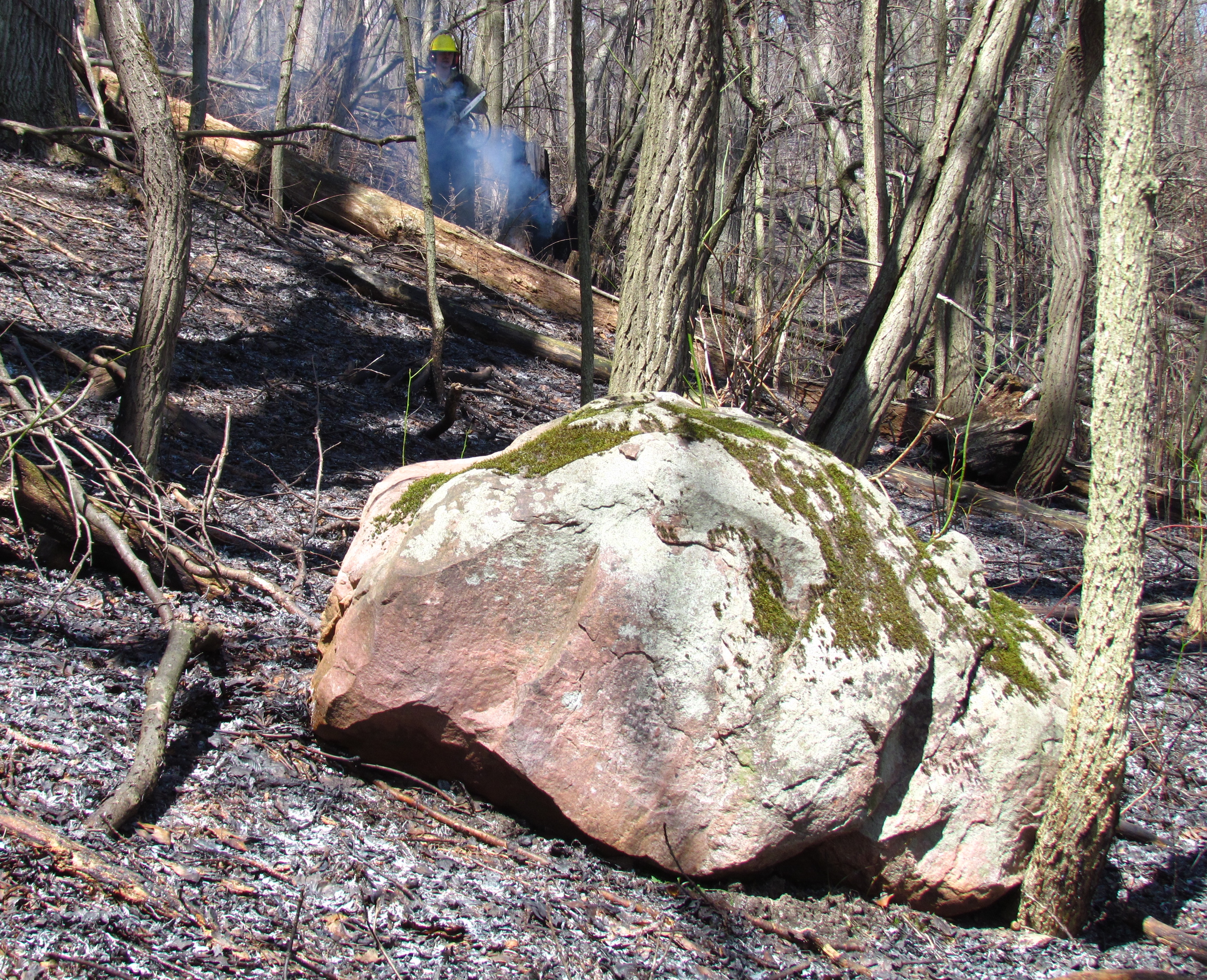 Some glacial erratics went on great journeys and seem truly unusual in their present day landscape. An erratic of solid raw copper was found in southern Illinois, about 600 miles from its place of origin, most likely near present day Porcupine Mountains State Park near the shore of Lake Superior.

One of the most beautiful of the glacial erratics I noted in Oakland County has only the top third exposed and is hidden away at Rose Oaks County Park. It’s called a pudding stone, and is very old. Michigan pudding stones were formed over millions of years in ancient river channels in the northeast region of Canada. These glacial erratics are colorful and are a conglomerate of all sorts of minerals: primarily quartzite and jasper, but some with sapphire, gold and diamonds have been found. 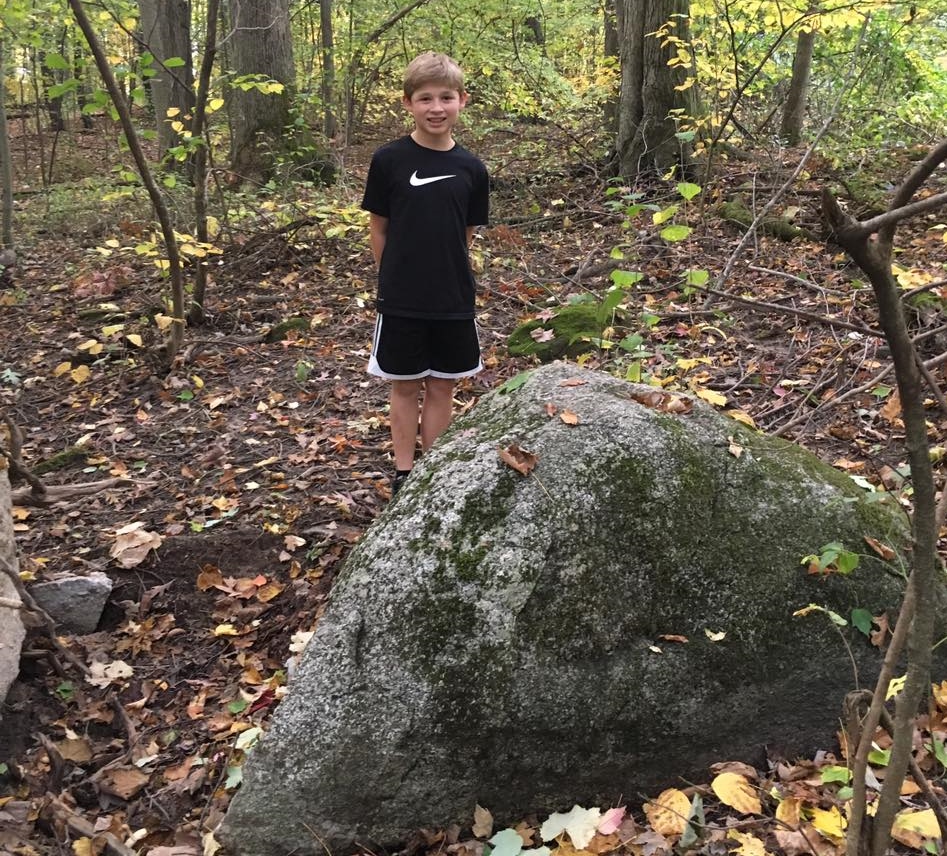 Our county landscape was shaped by glaciers and fine-tuned by erosion, time, and the hand of mankind. The snowless days of November and December are perfect to hike and explore on the wilder side of Oakland County. Just don’t forget to pause and admire a trail side glacial erratic, and listen to their silent story of the last ice age.

4 thoughts on “Glacial Erratics: Landscape Boulders or Something More?”