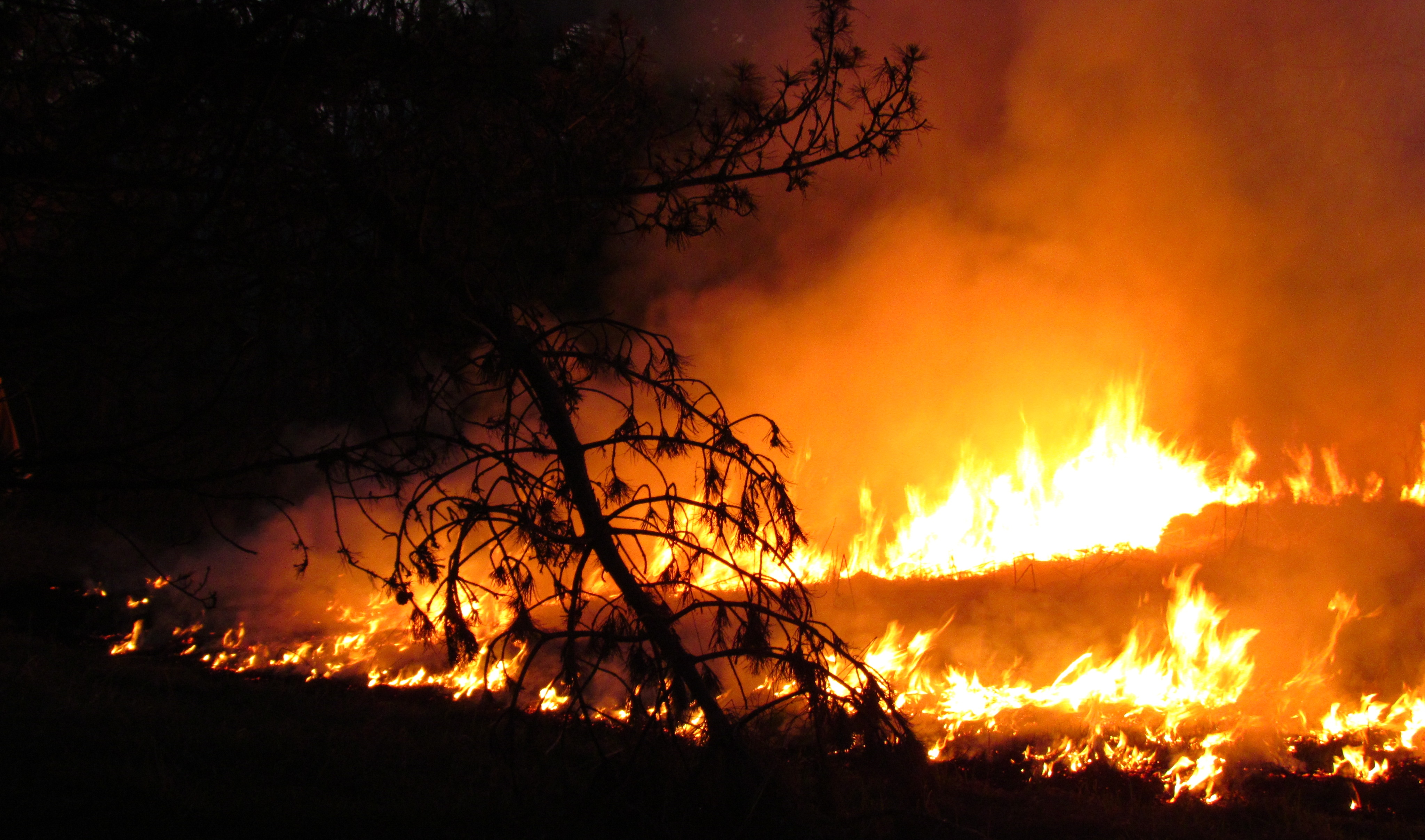 “From the beginning, earth, wind, fire and water were the four major forces of nature which shaped the diverse mosaic of life that is our world. Lighting was the initial match that ignited fires. Fire was probably one of the first products of nature that humans learned to control. When humans learned to initiate fire, its occurrence became more widespread.”
– Michigan Department of Natural Resources 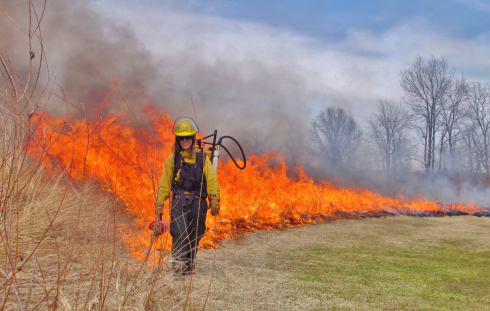 Prescribed fires differ greatly from wildfires. Wildfires are accidental and uncontrolled. Prescribed fires, sometimes referred to as controlled burns, and are set intentionally after careful study with specific management goals in mind. That includes the safety of people and property being taken into major consideration. When the correct weather and wind conditions are present, the Michigan Department of Natural Resources conducts burns on state land. Many parks in Oakland County conduct their prescribed fires at that time as well. These fires usually take place in early April before the landscape greens up. 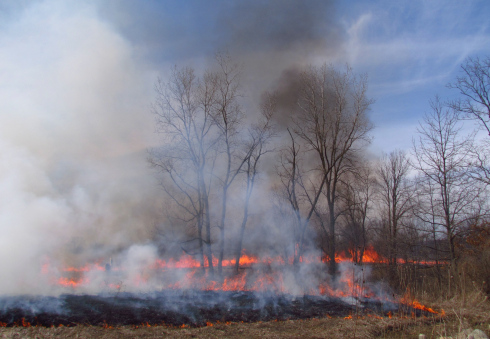 Carefully planned burns are used as a management tools throughout the Midwest in ongoing efforts to restore remnant prairies, oak-hickory woodlands, savannas and wildlife habitats. They also control invasive species as well as reduce the risk of wildfire. After a burn, the blackened ground quickly absorbs sunlight and fresh green growth appears in weeks. In prairie habitats, seeds that have long been dormant will germinate and remnant prairie plants reappear. 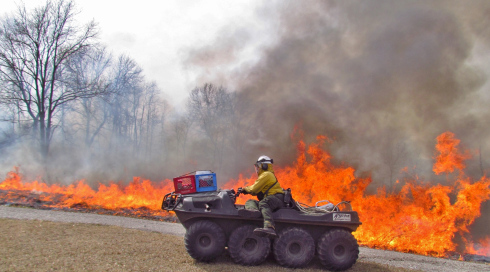 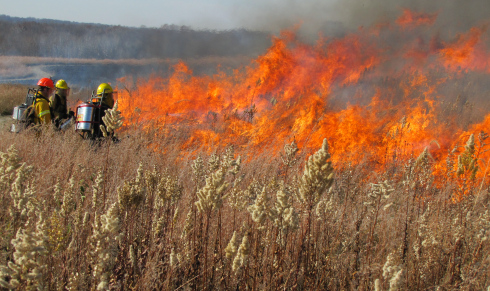 In Oakland County five of the many wildlife species that benefit from prescribed fires are Eastern bluebirds, the American Woodcock, thirteen-lined ground squirrels, Sandhill Cranes and a Michigan Department of Natural Resources species of special concern – the Massasauga Rattlesnake. Without the natural pruning and land enriching effects of the seemingly destructive force of fire, brush and invasive species creep into open fields, prairies, wetlands and woodlands to degrade the ecological value and diversity of the land. With prescribed fire, Oakland County prairies bloom! 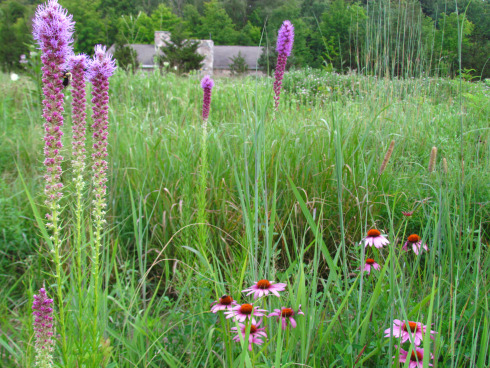 Visit www.oakgov.com/parks for details and maps on all 13 Oakland Parks and winter outdoor recreation opportunities. Originally published on April 10, 2014, updated on March 18, 2016.

One thought on “Restoring Nature and Wildlands with Fire”