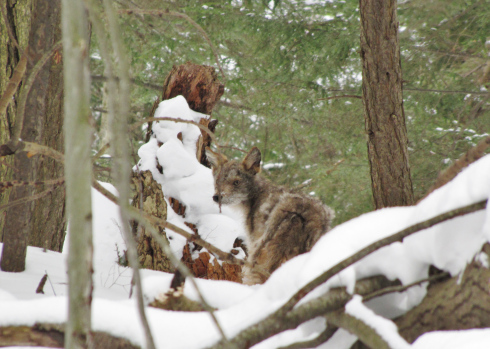 The eastern coyote is seldom seen, but tracks tell the winter tale of its wandering.

Winter is the perfect time to search for some of the most elusive creatures of Oakland County, especially nocturnal mammals and those species that struggle to avoid human contact. If you think there isn’t much to discover in the dead of winter in the Oakland County Parks, it’s time to think again. Tracks and trails in the snow are clues akin to those scattered about in a good detective novel. Sometimes the tracks and trails leave one with a shock and awe feeling, perhaps wondering, “What happened here?” 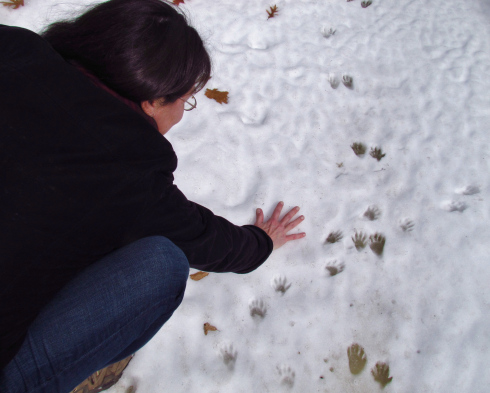 A hiker compares her hand to raccoon tracks in the snow.

The best time to search for tracks is not after a fresh snowfall; there will be few tracks to be found. Wait instead for the following morning, then hit the trails to read the adventure stories in the snow. Interpreting tracks accurately takes practice, but rewards include excellent winter exercise and a refreshing time in the woods. 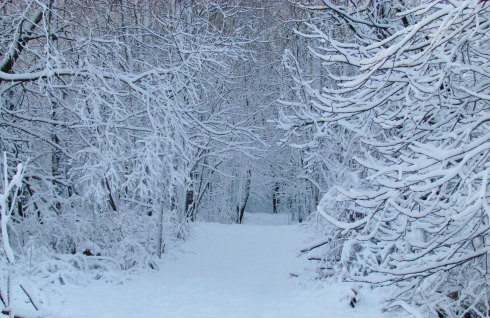 Fresh tracks are rarely found until hours after a snow fall.

Hoppers are common on park trails and a good place to start on track interpretation. The hoppers are species that make a clump of four tracks in the snow, leave a space and then another clump. Three common hoppers are the rabbit, the white-footed mouse and squirrel. Hoppers may cause a bit of confusion for novice nature detectives. For when it comes to the direction of travel, the larger hind foot will land in the snow ahead of the front foot. That is the nature of hopping. Rabbit and squirrel tracks have some similarities. However, it is safe to say if the track ends at the base of a tree, it is a squirrel (unless it is a rabbit with climbing gear). Yet, there is another way to know for sure what hopped by. The front feet of the squirrel are placed side-by-side when hopping, while the rabbit has one of its front feet placed in front of its other front foot. 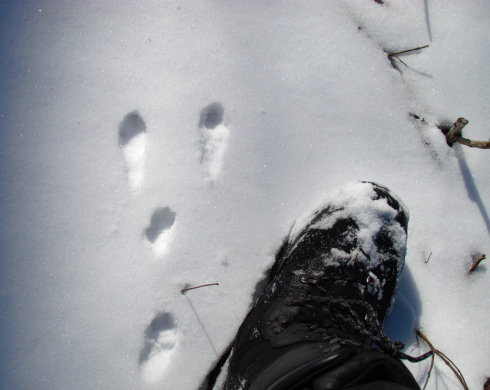 The hind feet of rabbit land in front of the front feet when hopping and show the direction of travel. 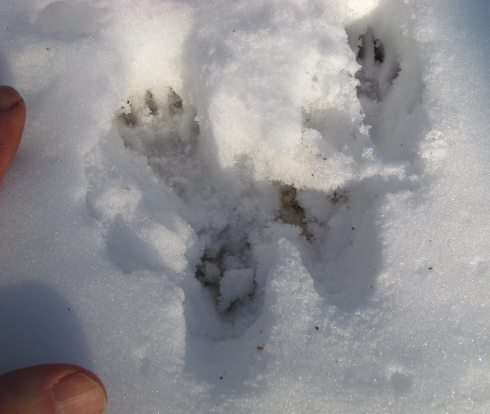 Meadow voles tend to stay under snow, but occasionally surface leaving small alternately placed tracks. White-footed mice are also hoppers and leave tiny side-by-side tracks; their journey across the snow often leads to a tiny tunnel into the snow. Fresh, fluffy snow may even capture the tail drag mark of a mouse on the move, foraging for seeds above the snow. 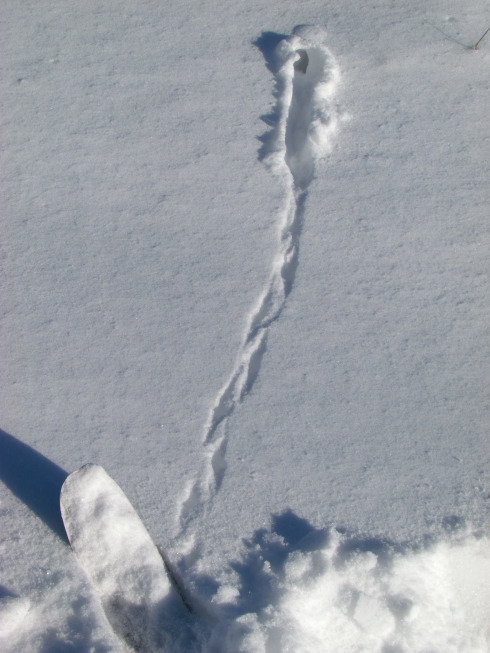 Deer, fox and the eastern coyote tend to step with the hind foot falling exactly in the track of the front foot. Their pattern in the snow makes it appears they are two-legged, except when they charge ahead in an adrenaline-fueled burst of speed to flee or pursue. Wildlife biologists believe this stepping pattern, called registering, helps them conserve energy when moving slowly through deep snow. The domestic dog does not register and leaves a tracking pattern in the snow that, in a word is, sloppy. 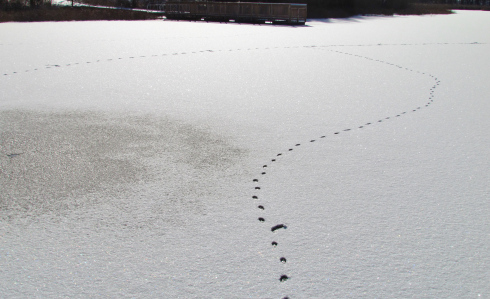 A strong wind will obscure the story in the snow as quickly as a book slamming shut at the very best part. You’ll need to watch the weather and plan your adventure accordingly. Also, be aware that when a predator meets prey tracks, things may end dramatically and leave a splash of forensic evidence in the snow. 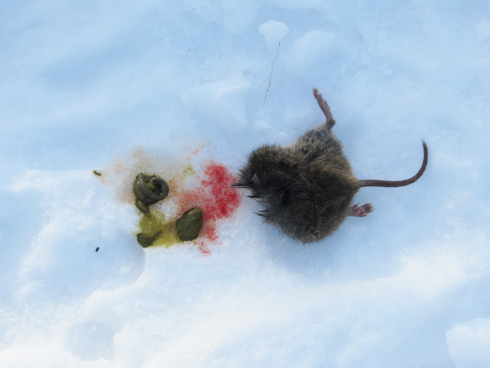