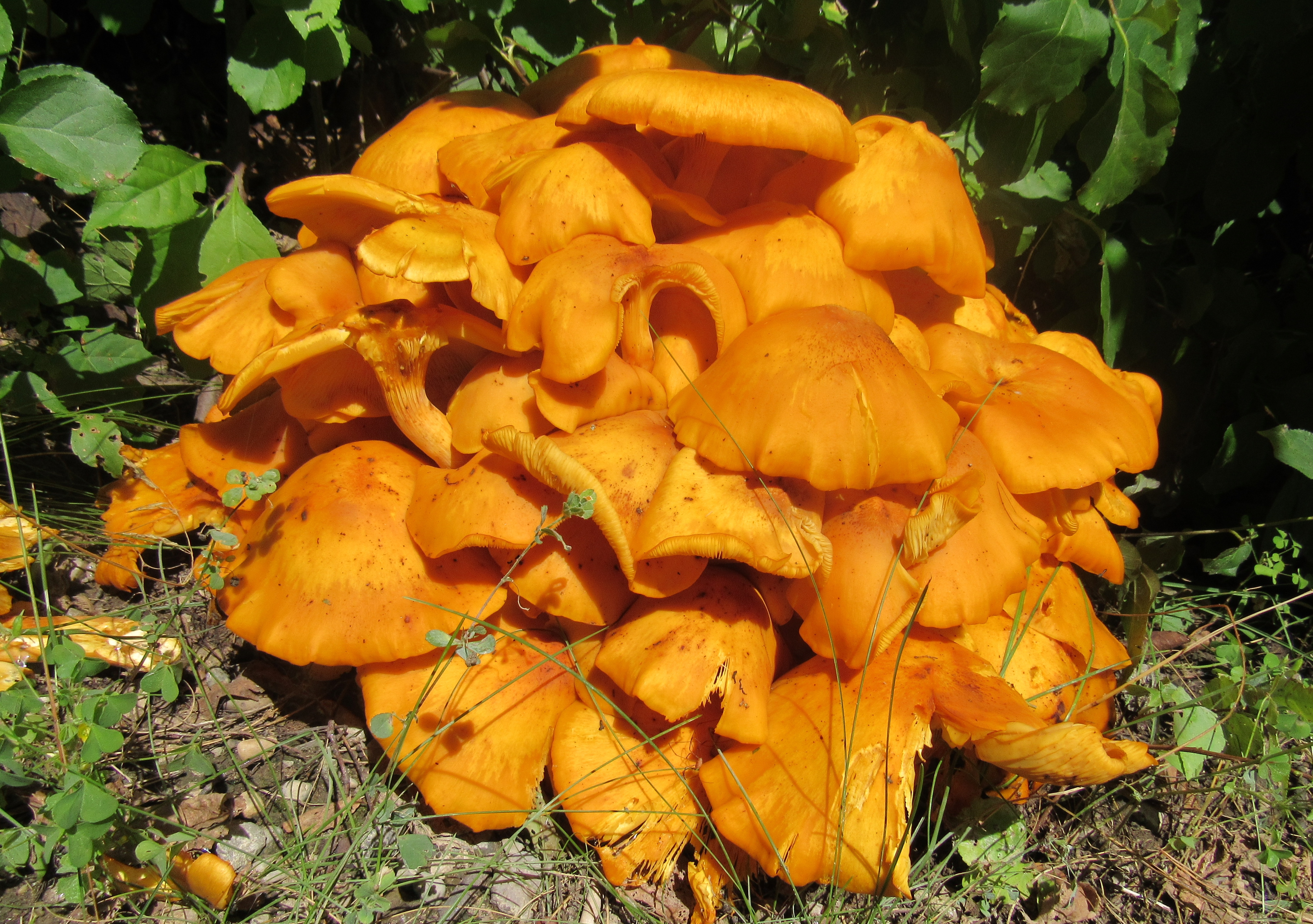 Heat and humidity has accelerated the growth of fall mushrooms in the woodlands of Oakland County. Many species are very attractive; some are delicious while others are deadly or hallucinogenic. One sweet smelling species is now emerging in Oakland County that will land you in the Emergency Room with very serious intestinal distress, faster than one can say, “Oops, I thought it was a Chanterelle.”

For those that are new to the fine art of hunting wild mushrooms, this week’s Wilder Side of Oakland County blog is not meant to be an identification field guide or a key to mushroom hunting. Fungi may be fantastic, but tempting fate by tasting, is not. Identification errors are easy and Facebook posts, Internet stories, and friends are not the best sources of knowledge. This is a cautionary tale of Omphalotus illudens, commonly known as the Jack O’ Lantern mushroom.

Jack O’ Lantern mushrooms are decomposers of decaying wood, and that’s where this trail-side fungal adventure begins. They are not rare but, most of the time they go unseen because they exist underground. A hidden network of fungal cells (known as mycelium) may live within decaying wood or tree roots for decades. When they are ready to reproduce, the fruit bodies emerge as bright orange, above ground clusters of mushrooms. This cluster of mushrooms is the reproductive part of the mycelium, with tiny spores being produced in the gills of the mushroom that are released to produce new mycelia. The problem is that this species is poisonous and, complicating its toxicity, it looks appealing and smells really good. This can lure a novice into thinking they have found the deliciously edible Chanterelle. If you eat a Jack O’ Lantern mushroom you will likely survive, but may wish you were dead.

There are differences in appearance and structure of the gills between the Chanterelles and the Jack O’ Lantern mushroom. Another identification fact stands out in where they grow: Jack O’ Lantern mushrooms grow on rotting wood (which may be hidden underground) and the fruitbodies are usually are found in dense clusters while the Chanterelles grow singularly on the forest floor. NEVER use these growth characteristics as the sole basis for the question to eat or not to eat. And never eat any fungus, raw or cooked, unless you are 100% certain it is safe to do so. Individual differences are found in species and mushrooms shapes can change overnight as they grow and cause increased confusion. 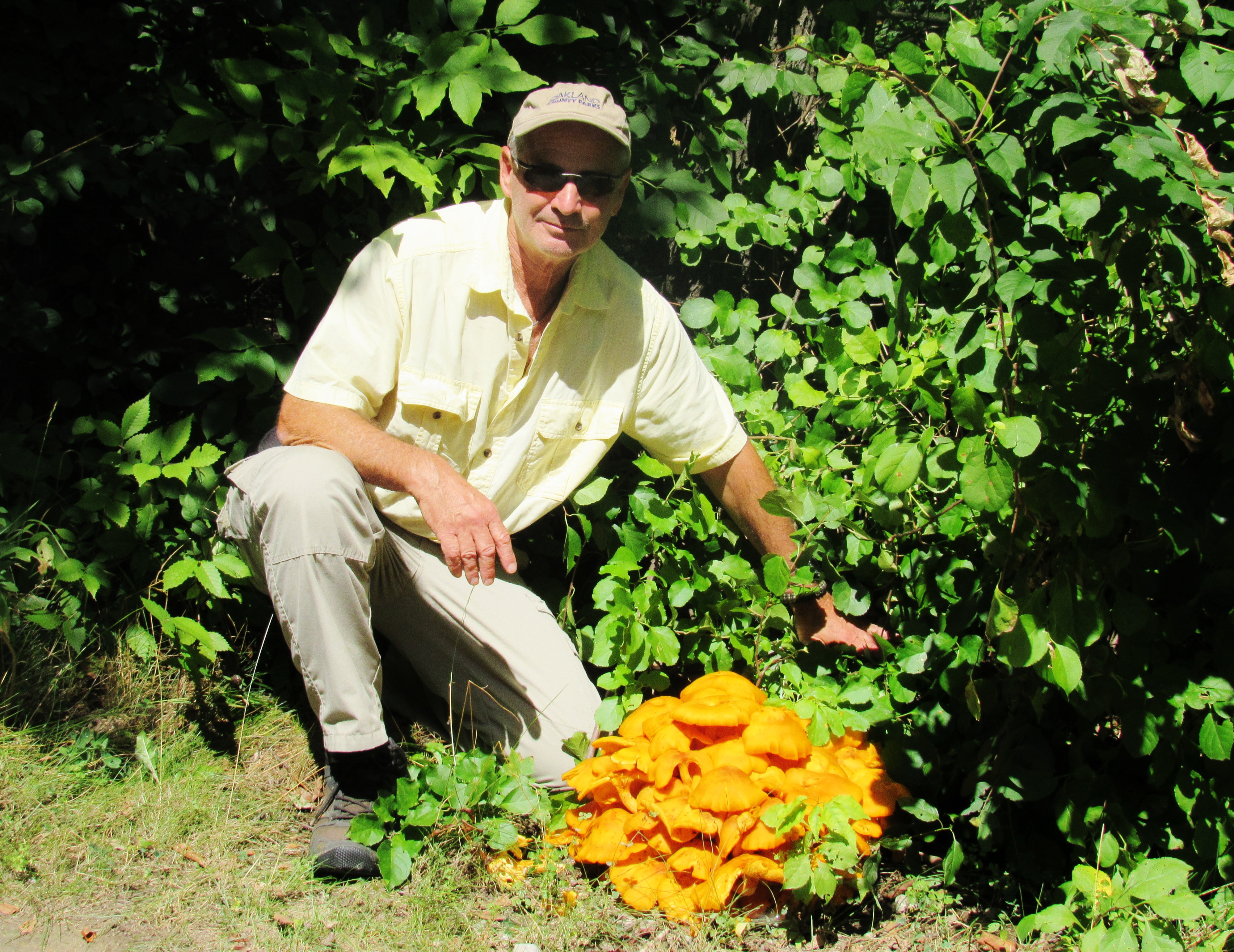 If you think the mushroom is named Jack O’ Lantern because of its pumpkin-orange color, you are partially right, but there is more to this tale. The bio-luminescence of fungus growing on decaying wood is referred to as foxfire and Jack O’ Lanterns are one of the species that glows. The yellow-green glow from the gills is very faint and usually goes unnoticed but adds to the fascination for novice foragers, experienced mycologists, and anyone attracted to things that glow in the dark on the Wilder Side of Oakland County.