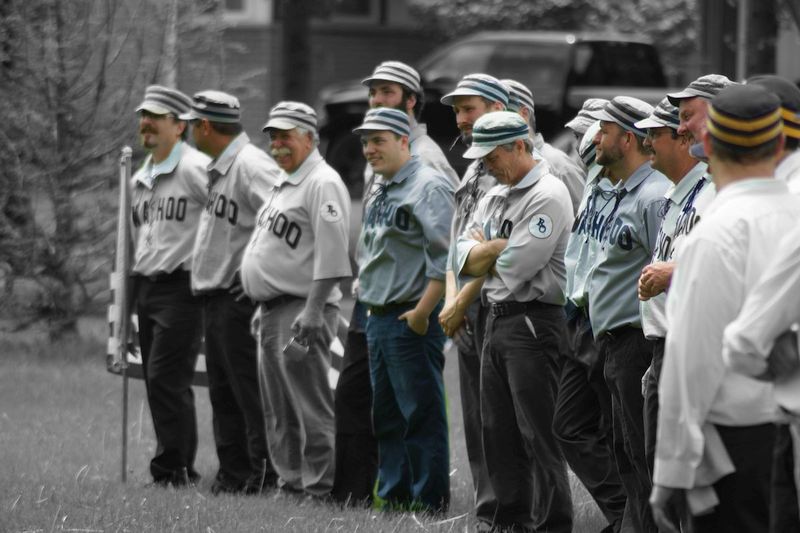 Locally, three teams play by the rules of the day (the day being the mid-1800’s).

The Royal Oak Wahoo’s, the Rochester Grangers and the Eclipse Baseball Club Of Northville take the game back to its early days, where balls or strikes are not called, gloves are frowned upon, and you honestly help the umpire make close calls. And since it is a gentlemen’s game, there is no spitting, swearing or other action that may be offensive to a lady.

Grab a lawn chair or a blanket and sit back and enjoy a game of baseball, the way it was meant to be played. You can find out information of upcoming games for the teams at their respective websites.

As these pictures show, these teams play, wearing the uniform of the day.

Not only can you go to see local vintage teams and games all across Michigan, but for more baseball action you can go to the World Tournament of Historic Baseball at Greenfield Village on August 8th and 9th, 2015 (Follow the link for current dates). You can find out about the tournament for 19th century base ball supremacy, at the Henry Ford/Greenfield Village Tournament webpage.