“In every walk with nature one receives far more than they seek.” Those timeless words of John Muir came to life in a most unexpected way in the first week of April, during an off-the-beaten-trail woodland hike in northern Oakland County. The intent of the early morning exploration was to photograph wood frogs in their vernal breeding pools, and perhaps catch a glimpse of Sandhill Cranes in their flamboyant courtship dance. Their images were captured – and then things got exciting. 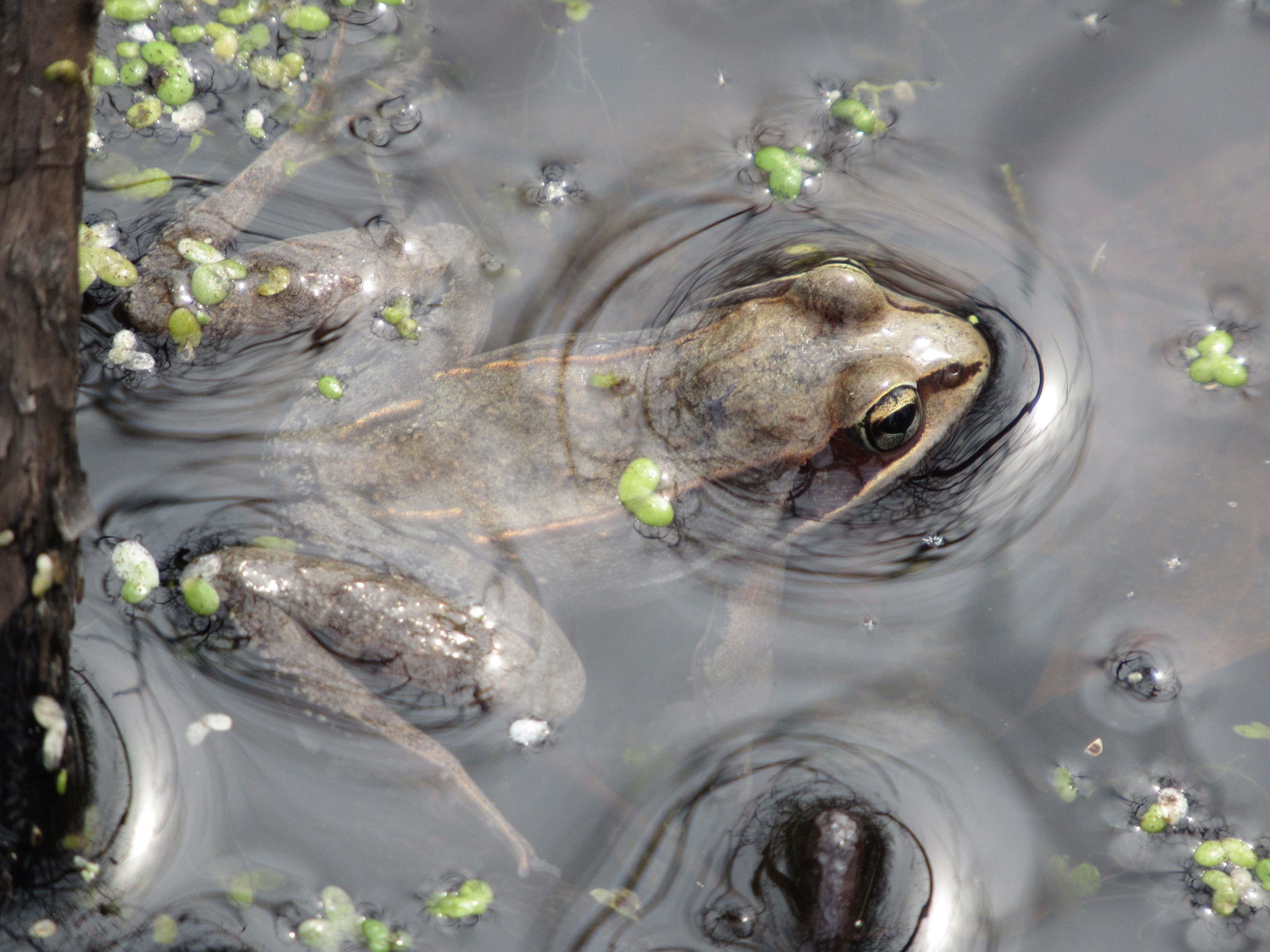 Wood frog waiting for night in his vernal breeding pond. 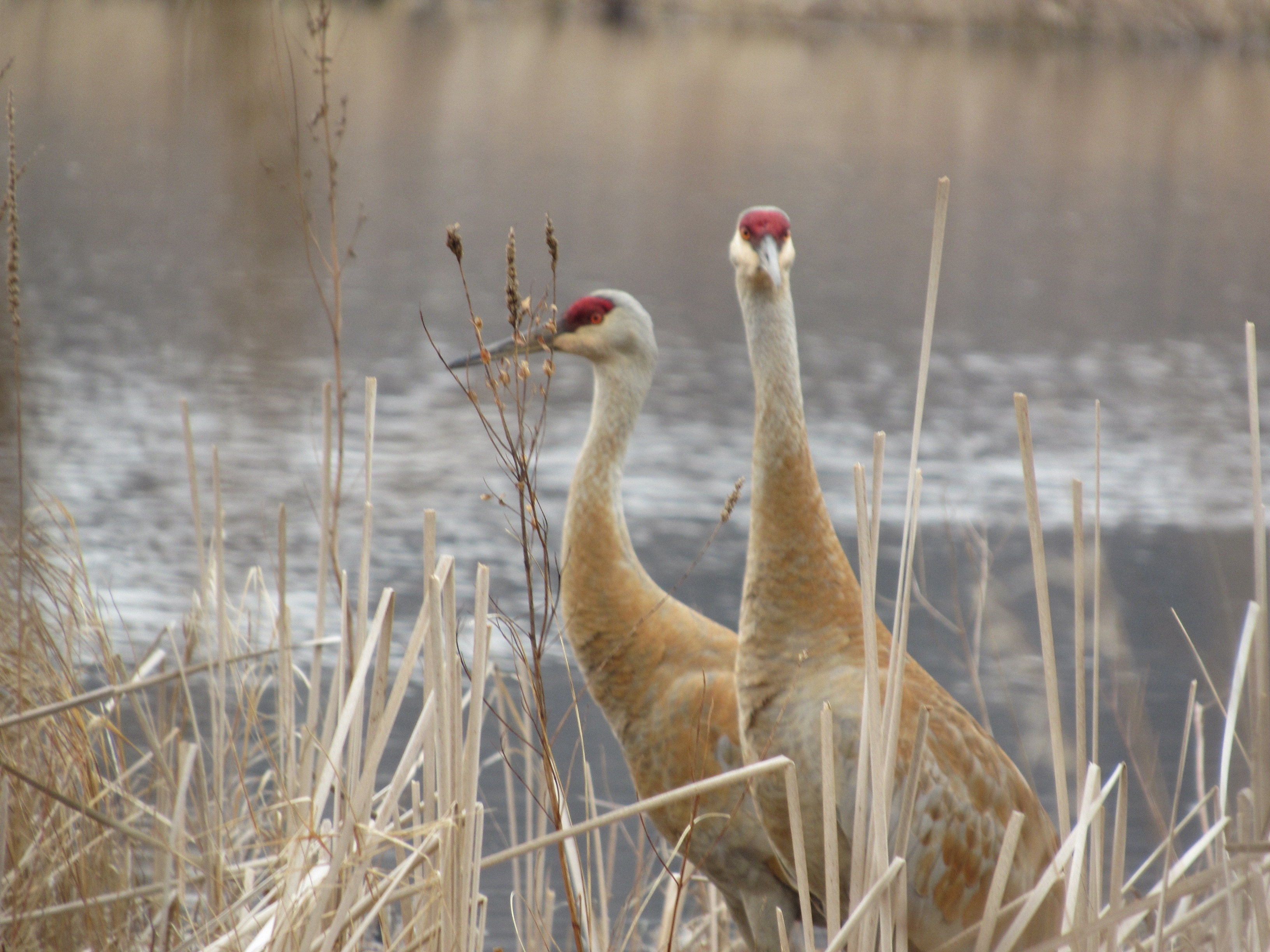 Sandhill Cranes at the edge of their marsh nesting habitat.

What grabbed my attention and left me in awe was a rock. Not just any rock, but a glacial boulder known as a glacial erratic. There is nothing special about glacial erratics; our county has hundreds of thousands of them. They are nothing more than rocks formed elsewhere and moved to their present location by glaciers during the last ice age. They come in all sizes and shapes. Many are sold in Oakland County as “landscape boulders”. But if this one could talk it would have a story of a billion years to share, with only the last 11,000 years in the book of Oakland County. This one was different, a spectacular colored creation of geology, known as the Michigan Puddingstone. I have seen small ones the size of tangerines along the Lake Michigan shoreline near Sleeping Bear Dunes National Lakeshore. But never one likes this. 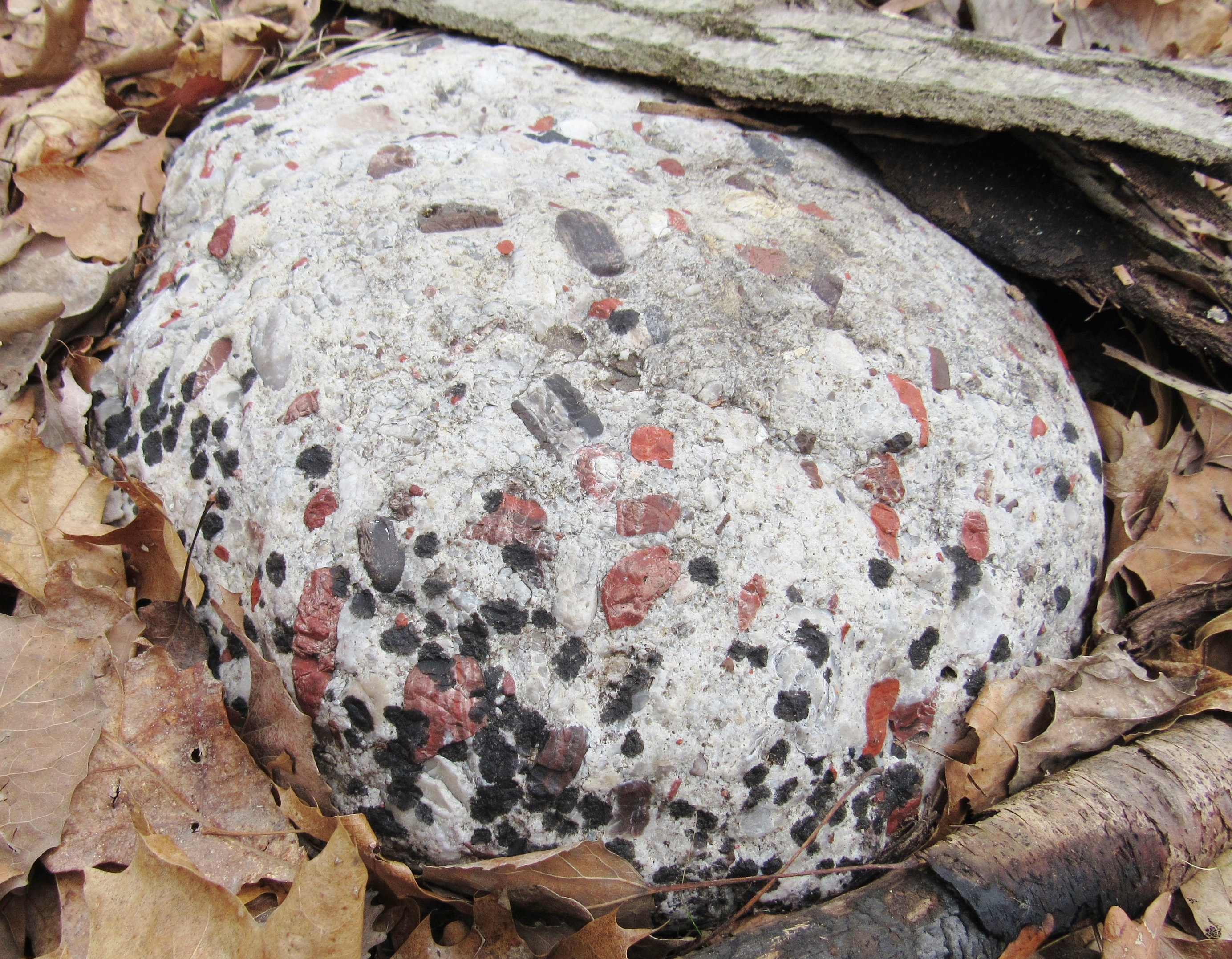 Puddingstones are a conglomerate rock comprised of a mix of irregularly shaped pebbles cemented together under pressure. Most geologists believe they were originally formed “a billion years ago” in river channels in what is now northeastern Canada.  What makes them so dramatically different from other glacial erratics is the mix of irregularly shaped pebbles; the minerals within that are colorful standouts in the compressed white quartz sand. The minerals vary, but include jasper, platinum, sapphire and even gold. 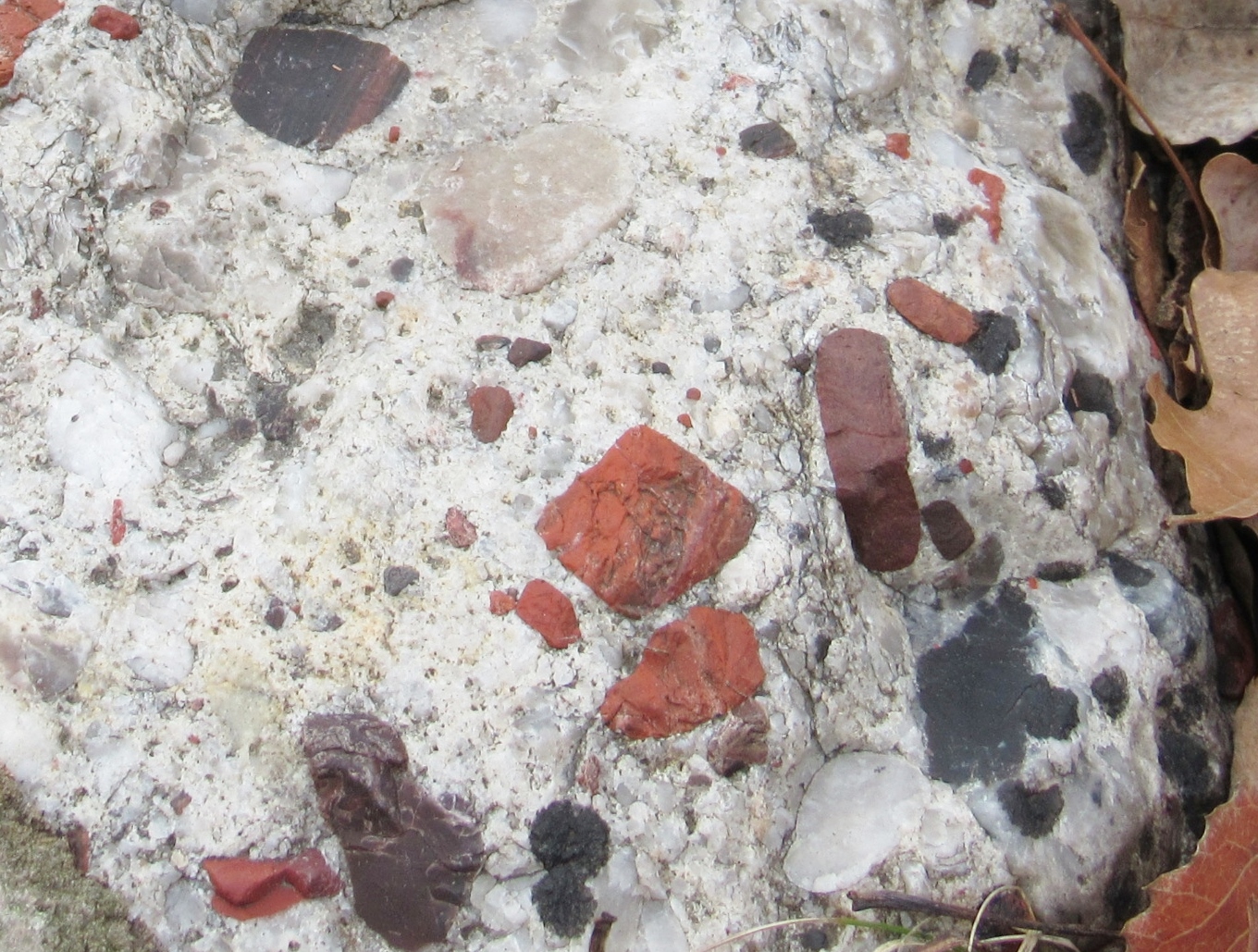 Close up image of the embedded minerals in the same pudding stone.

This one appears to have both brown and reddish pebbles of jasper and visually emphasizes the reason for the name pudding-stone. The rock resembles a pudding, rich with extra ingredients. The beautiful minerals, polished by the action of ancient stream beds and sealed forever together under great pressure, are hidden from view until the Ice Age transported them to a new home on a hillside of the Wilder Side of Oakland County.

Visit DestinationOakland for information on all 13 Oakland County Parks