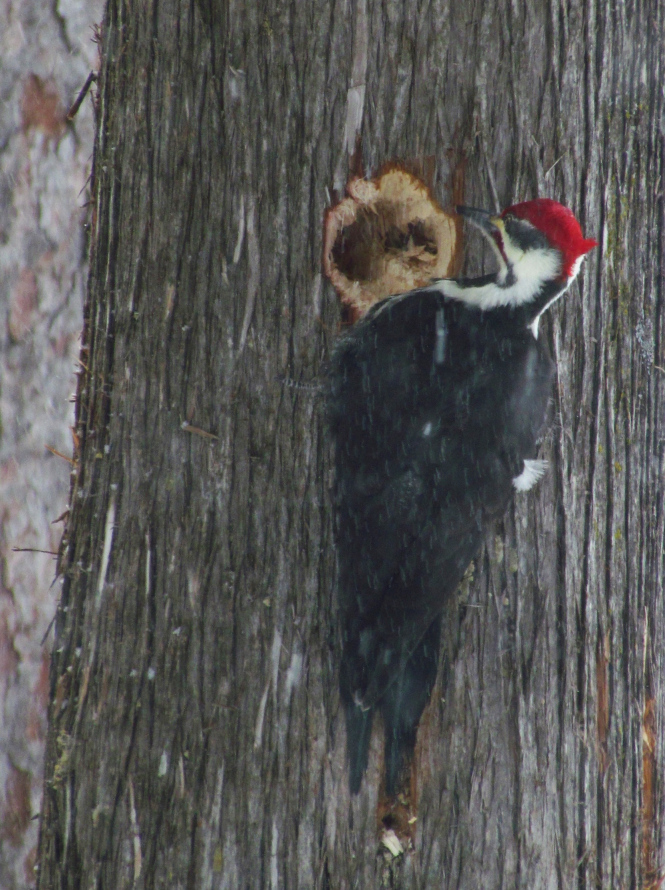 A male Pileated with a noticeable red cheek stripe creates a cavity to search out insects.

Pileated Woodpeckers are the loudest and most striking forest birds in the woodlands of Oakland County. They are also the largest woodpecker species to be found in North America, with the exception of the Ivory Billed Woodpecker: a magnificent bird that once haunted the southern swamps of the United States and forests of Cuba. Sadly, most ornithologists believe that the Ivory Billed is now extinct due to habitat destruction. In 2004, the Cornell Lab of Ornithology and The Nature Conservancy put a team together to investigate a dramatic sighting of an Ivory Billed Woodpecker in the Cache River National Wildlife Refuge in Arkansas. Their findings remained inconclusive but leaned toward credibility; the Ivory-Billed Woodpecker remains the Holy Grail of ornithology. 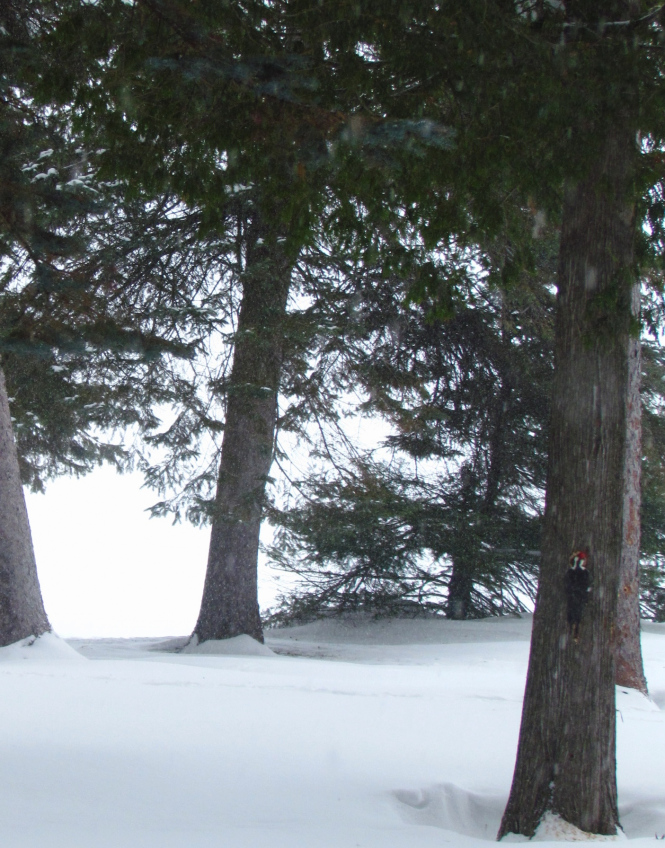 The Pileated however, is not an elusive ghost here in Oakland County. In fact, it may be increasing in numbers, partially due to the demise of ash trees from the emerald ash borer and other trees being damaged by severe winds and ice storms. It’s all about habitat; large decaying trees provide both habitat and a smorgasbord of insects. Although Oakland County Parks are not managed specifically for Pileated Woodpeckers, the management practices in place and the acquisition of wooded tracts of land with mature forests (such as Highland Oaks and Rose Oaks county parks and the large wooded areas of Addison Oaks, Independence Oaks and Lyon Oaks county parks) assure these magnificent birds a place on the wilder side of Oakland County. A sighting is unmistakable, even if only a brief glimpse in flight. 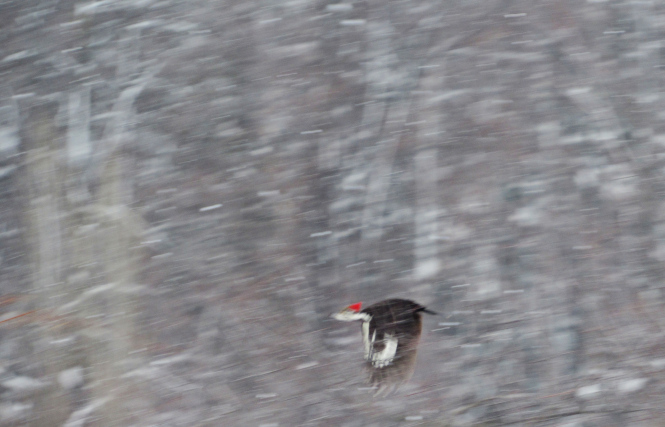 The bright red crest is unmistakable even with a fleeting glimpse of a Pileated Woodpecker in a snow storm.

Although other smaller Oakland County woodpecker species have red on their heads, the flaming red crest of the Pileated is unmistakable. Novice birders sometimes confuse the Red-headed Woodpecker with the Pileated. It should be noted that the Red-headed Woodpecker has an entirely red head without a crest and the bird is much smaller. Both the male and the female Pileated have the red crest but the male also has a bright red stripe on the cheek. 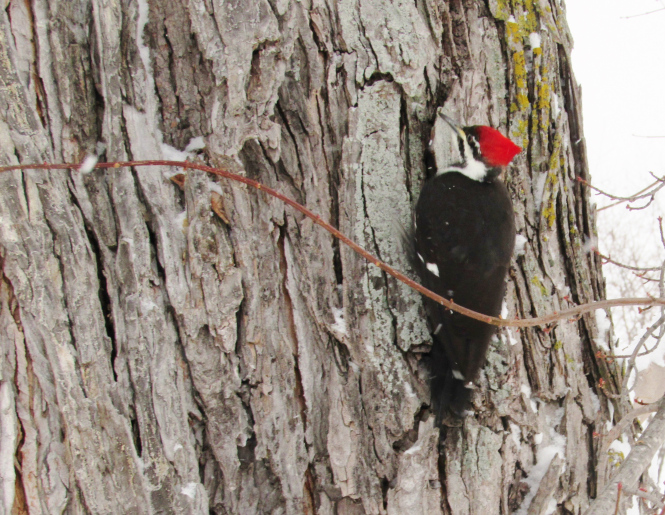 The Pileated Woodpeckers create large rectangular shaped holes in trees in their endless quest for their favorite food, carpenter ants or whatever other insects can be snagged with their long tongue. On a windless winter day, the sound of powerful whacking on the wood with a heavy bill resonates for a long distance. When the meal is over or a nesting cavity is abandoned, these eco-engineers of the forest have created shelters that may be used by many species, including tree swallows, bats, chickadees, screech owls and wood ducks. This makes this magnificent woodpecker not just a year round resident of our county, but a landscape manager of the woods. 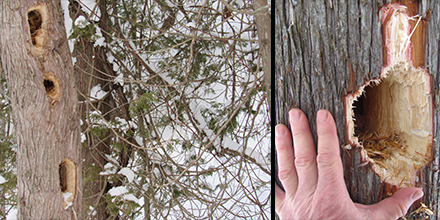 Please note that the slideshow images were captured in my woods a few days after this blog was posted.

3 thoughts on “The Red-Crested, Tree-Whacker of Oakland County”