Do you remember seeing all of the #DigMilford tweets in your Twitter feed back in January? Well, all of those tweets led to something really worthwhile here in Oakland County! They helped the Huron Valley History Initiative to win a grant, valued at $2,500, to digitize The Milford Times.

The Huron Valley History Initiative (HVHI) is made up of The Milford Historical Society, the Milford Library and also historical groups and libraries from Highland Township, White Lake Township and Commerce Township.

The grant project is funded annually by the Robert and Susan Clarke Endowment through Clarke Historical Library of Central Michigan University.

HVHI submitted their grant request to the Clarke Historical Library with the hope of preserving the history of Milford, Highland, White Lake and Commerce, as The Milford Times has the only continuous account of the area going back to 1871. They wanted the newspaper to be made available to all residents in an online format to provide easier and faster access. The Huron Valley area has a rich history and was once referred to as the “Up north playgrounds of the Detroit wealthy.” by the Detroit News. The HVHI is delighted that the documentation of the people, industries and way of life in Milford and surrounding communities will now be available online.

The winner of the grant was decided by counting both votes on Twitter and postcards that were mailed in from the community from January 19 – 25. One vote was earned for each tweet that used #DigMilford. 100 votes were earned for each postcard that was sent in via mail. 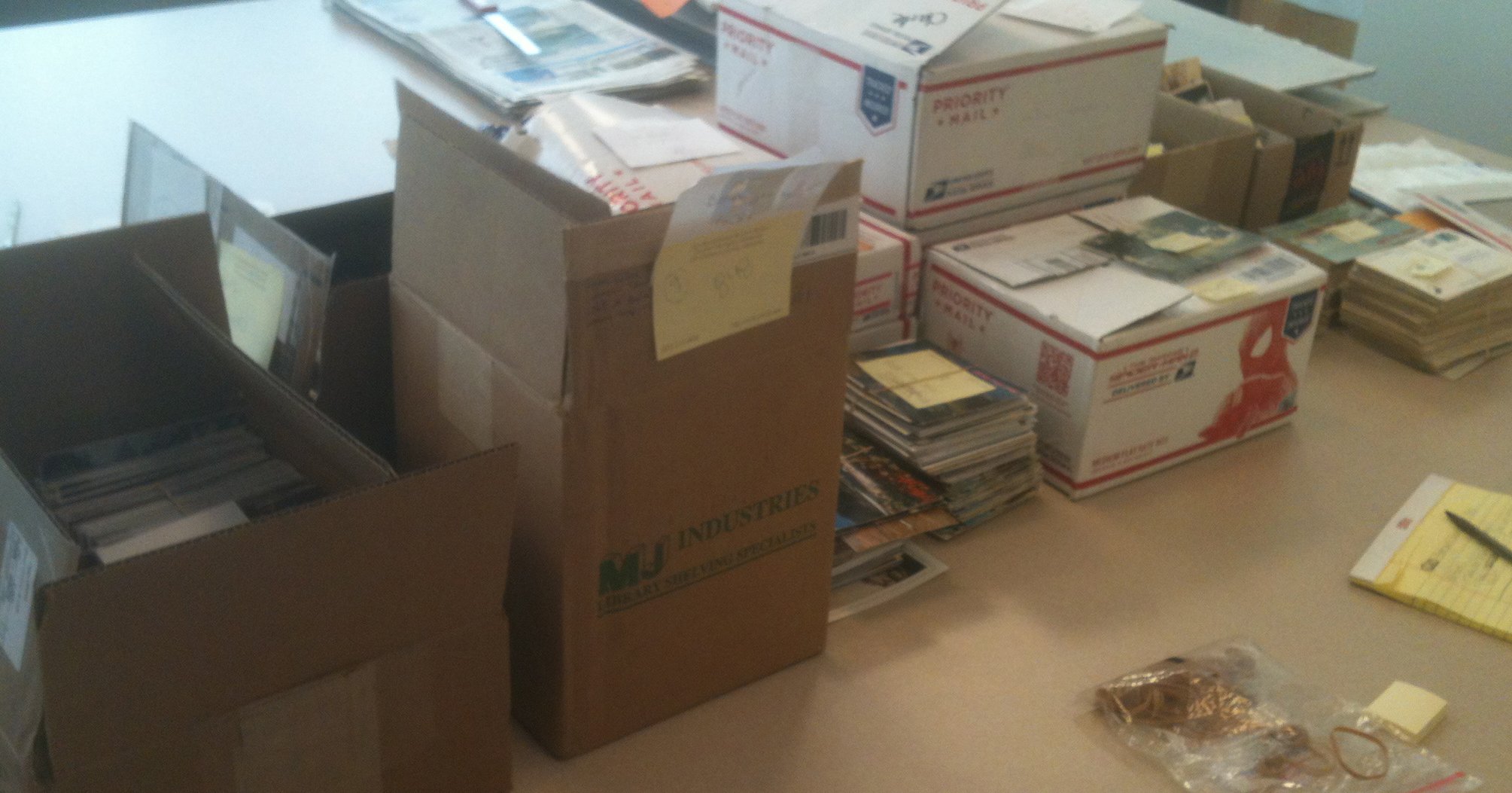 For 2015, the finalists for this grant were:

The announcement that the Huron Valley History Initiative was the winner of the grant for this year came on February 3, 2015. 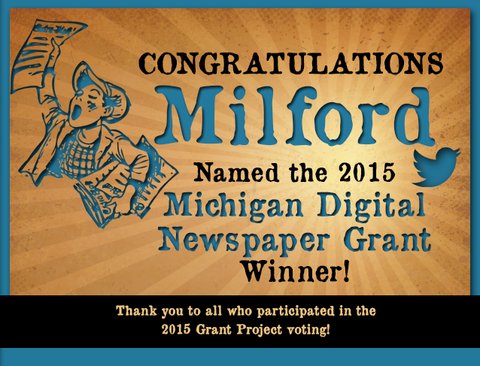 Carol Watkins, first vice president and former past president of the Milford Historical Society, who headed up the initiative, told Spinal Column Online that the postcards made the difference with over 6,000 postcards sent in. They also received support via tweets all the way from Hollywood, CA and England.

We would like to congratulate the HVHI on their fantastic win! We’re so excited that The Milford Times will be preserved digitally so that it may be enjoyed by Oakland County residents and beyond.

Thank you to all of our Oakland County friends that tweeted #DigMilford and sent in postcards!