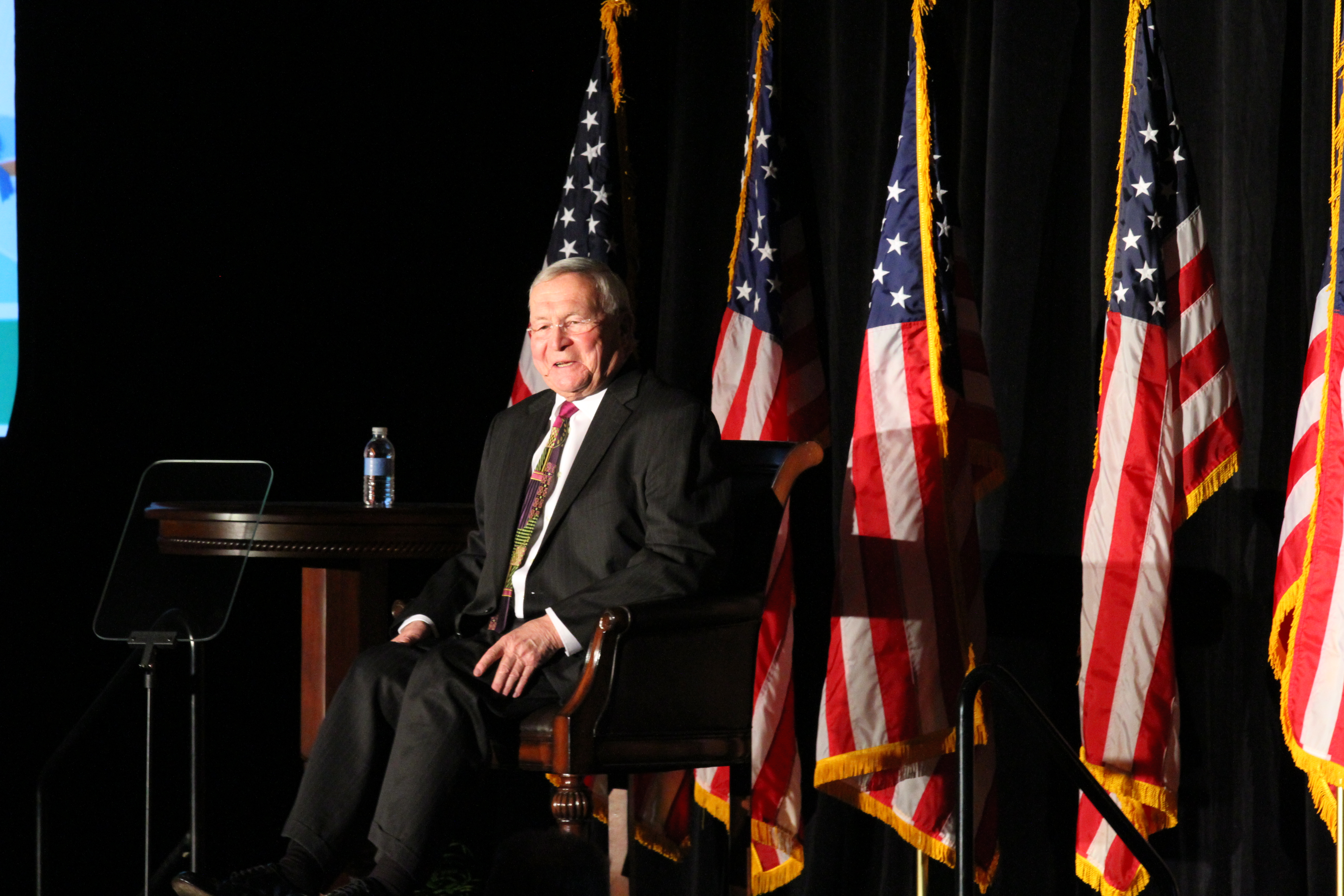 Oakland County Executive, L. Brooks Patterson, presented his 2015 State of the County Address to a crowd of over 500 guests last Wednesday evening in Pontiac. The mood was one of excitement and anticipation as the room waited for the County Executive to take the stage and to find out who the winner of the Elite 40 Under 40 Class of 2015 would be.

Melody Arabo was announced as the winner of the Elite 40 Under 40 Class of 2015 and took the stage. Arabo spoke to the guests about her passion for Oakland County and about what an honor it is to live and work in the community. Melody proudly announced L. Brooks Patterson who took the stage full of energy and excitement.

Patterson thanked and congratulated Arabo and also thanked the audience for attending. He started off by giving an update on how his recovery is going and joked, “The good news is that I don’t fall down anymore. The bad news is I do perform random gravity checks.”

Patterson was pleased to share the news that 2014 was a great year for Oakland County: a preliminary agreement was made on the formation of a regional water authority; county finances continue to shine and several milestones were reached in marquee initiatives. 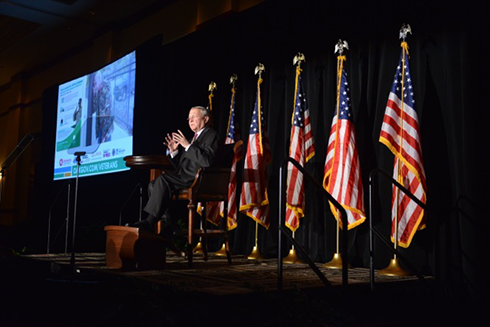 The big news of the night came when Patterson made this announcement:

“Tomorrow, my staff will deliver a resolution to the Board of Commissioners asking them to reduce the county’s tax rate by .10 mills for the July 2015 tax levy and an additional .05 mills for the July 2016 levy. To put these reductions in dollars and cents, taxpayers, – you – will save $75 million over the next ten years.”

Patterson introduced the big 4: Macomb County Executive, Mark Hackel; Detroit County Executive, Warren Evans; and Detroit Mayor, Mike Duggan. He spoke to the room about their competition, but also about their friendship, camaraderie and the hard work that they put into the Great Lakes Water Authority (GLWA) negotiations. He spent a great deal of time outlining the current status of the GLWA and advised that there is still work to be done. 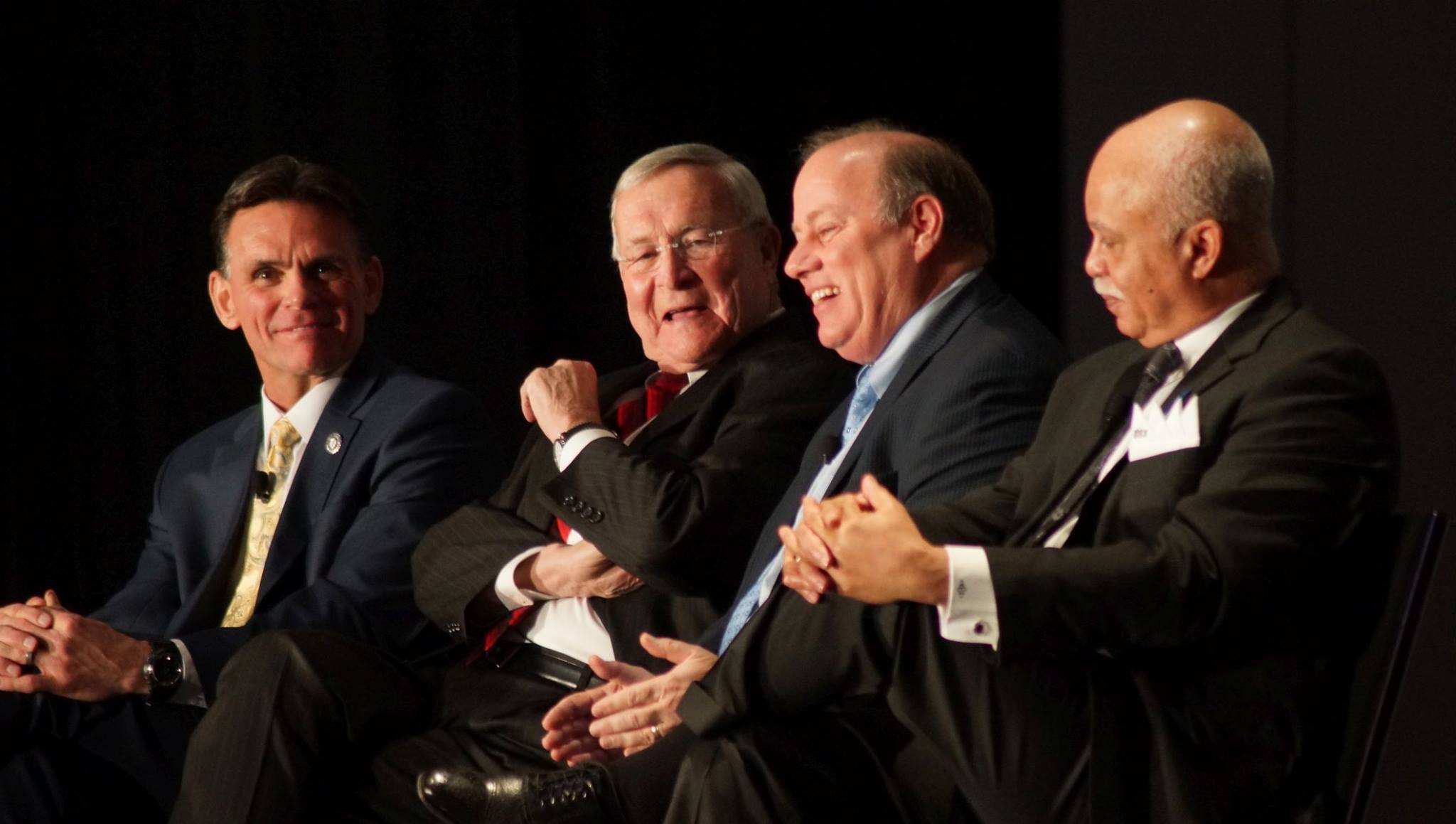 Patterson discussed the expansion of the county’s cyber security initiative, CySAFE, stating that, “Oakland County believes governments should not be the only ones with access to the best technology to optimize cyber security.” Patterson announced that CySAFE for small and midsize businesses will be available at no cost on the county’s economic development website. The county will also introduce a home version later this spring.

The County Executive applauded the “One Stop Ready” program, citing that by year-end, 21 cities and townships will be One Stop Ready practitioners. Launched in 2013, the program shares and teaches the best practices and ideas in proactive and responsive economic development. “Focusing on when a company needs to open and how government at all levels can assist a company’s speed to market means the company hires faster, invests quicker, and impacts our economy sooner,” Patterson said. 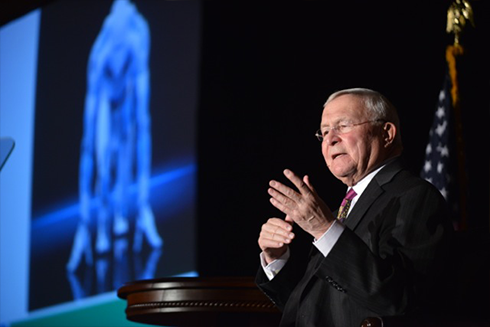 Patterson boasted that Oakland County’s Connected Vehicle Task Force has garnered national attention in its first year. Established to create a plan for Oakland County to be the first in the nation to implement a countywide connected vehicle ecosystem, the task force joined forces with the U.S. Department of Transportation (U.S. DOT) as an integral member of the Affiliated Test Bed in Detroit. This year, the task force will also collaborate with the Michigan Department of Transportation, the Road Commission for Oakland County, and the research being conducted at the University of Michigan to advance the next phase of testing for this emerging technology.

Several awards were highlighted by Patterson and he spoke about the importance of existing initiatives like tech248, Medical Mainstreet, Automation Alley (an independent organization as of Jan. 1, 2015) and G2G Marketplace.

The County Executive also called attention to many milestones achieved in 2014: 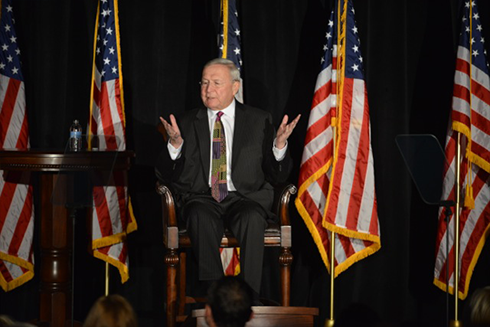 Throughout the evening, Patterson repeatedly thanked members of his staff and was quick to point out that it was the work of a team that makes all of Oakland County’s accomplishments and strong financial position possible.

In closing, Patterson remarked, “I hope you all go away tonight with the feeling that you are living in a well-managed county. When I am out in public I can truly sense and feel a strong bond that’s developed between me and the people I serve. Thanks for coming tonight. You guys are great!”

To read the entire speech or to watch a video of the address, please visit: http://www.oakgov.com/exec/Pages/speeches.aspx.