Weatherly Stroh, an oil painter who specializes in animal and landscape paintings, was chosen as winner of the 2014 MI Great Artist online competition. Oakland County Executive L. Brooks Patterson made the announcement Thursday, December 11 at the Park West Gallery. Patterson said, “Supporting the arts, not only improves the quality of life in Oakland County, but it is an important determining factor for international companies deciding to relocate or expand to Oakland County.” 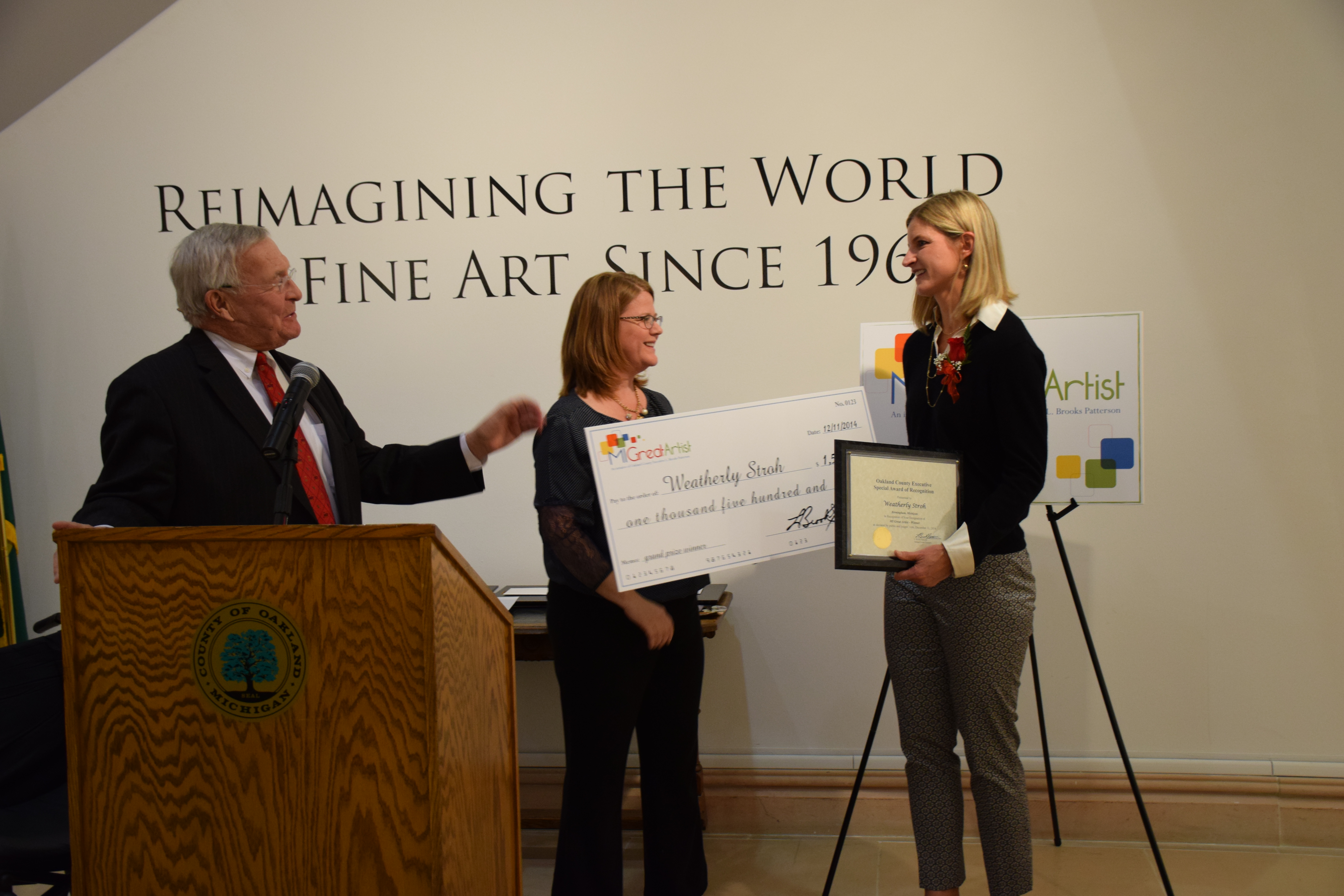 Patterson and Albert Scaglione, founder and CEO of the Gallery, presented Stroh with a check for $1500.00. Her work will be featured in a group exhibition at Park West Gallery, which runs through January 4, 2015, and in a two-month solo exhibition at the Oakland County Galleria in the Executive Office Building in Waterford.

Patterson said  “I’m awed by the talent of these fine artists. The competition was very close but Weatherly had a slight edge over the other four finalists. I congratulate her and thank the other ninety-one artists who entered the competition this year.” Stroh is a graduate of the University of Colorado with an undergraduate degree in fine art and a master’s in elementary education. She was an elementary school teacher but turned her focus to painting full time in 2010. She is the great-grandniece of American Impressionist painter Gari Melchers.

The other finalists were:

Fujiwara, McManus and Stroh were finalists in 2013. The work of the five finalists will be on display at the gallery through January 4, 2015. Patterson spoke to the finalists and said, “You all play a role in the future of the quality of life in Oakland County. We all stand in awe of your talents.”

The finalists were among a field of ninety-two artists who entered the online competition in September in hopes their entries would catch the discerning eye of the public. After nearly 9,300 votes cast during two weeks, the field was whittled down to twenty artists. A panel of art experts selected the five finalists and ultimately choose the winner. 2013 winner, Henry Heading’s exhibition also debuted at the event and will be on display at Park West until January 3rd.