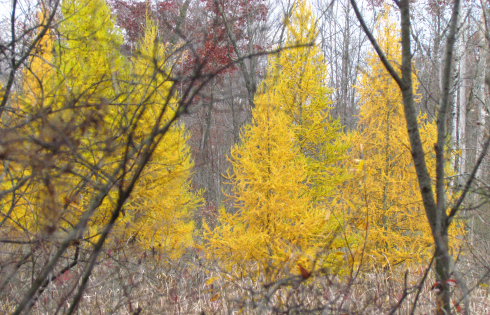 The wind-swept, snow-laced dawn of November did not bring a total end to the magnificent kaleidoscope of colors that bathed October woodlands in the raw beauty of seasonal change. The brilliant leaves of sassafras, red maple and sugar maple are now huddled together on the forest floor offering shelter to tiny creatures underneath. Oak leaves are now brown and crackle in cold winds, but they do not fall to the ground until spring, for that is their way. Yet, in our healthy wetlands, a tree of subtle and brilliant beauty has reached peak color and seemingly illuminates the landscape at sunrise. Again at sunset, the view calls to mind shimmering lanterns of smoky gold.  The tamarack tree (Larix laricina), also known as the American Larch, went virtually unnoticed and unsung, until now. 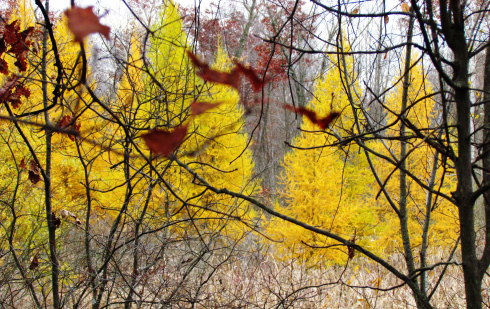 The tamarack is the only conifer (evergreen) that sheds all of its needles each autumn. The shedding process happens very quickly so now is the time to head to a tamarack habitat to search for this beautiful conifer tree. Some of the best displays of smoky gold are found along trails of Highland Oaks, Independence Oaks, and Rose Oaks County Parks; as well as the trails in Indian Springs Metro Park and the Bald Mountain and Proud Lake State Recreation Areas. 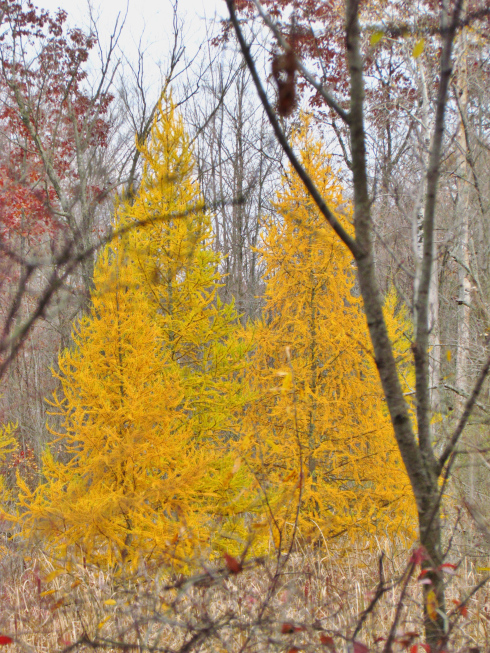 A drive along rural roads in northern Oakland County that saddle up against wooded wetlands also brings amazing views of pure stands of tamarack — swamps of golden spires. You will find these views in Brandon, Groveland, Independence, Oxford and Springfield Townships, lake-rich regions that feature pockets of wet, boggy habitat created by retreating glaciers. This habitat is also favored by three species that thrive in the shadows of stands of tamarack: the carnivorous pitcher plant, poisonous sumac, and our only venomous snake, the massasauga rattlesnake. 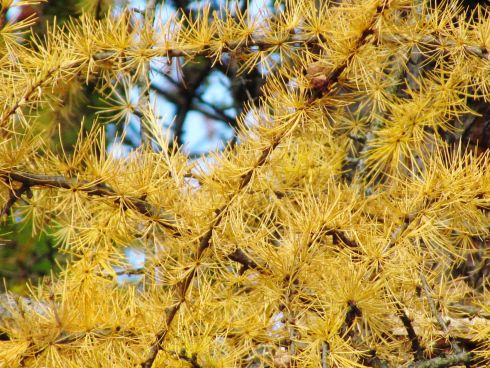 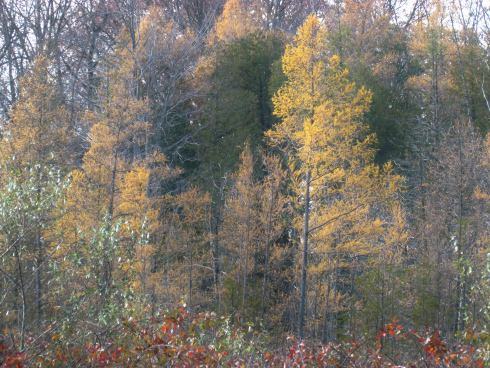 It won’t be long until winds, cold rains and plummeting temperatures cause tamarack needles to cascade down, creating a carpet of golden snow. After the needles fall, the barren tamaracks will be ignored, except by chickadees and woodpeckers. All winter the tamaracks will be bare, but around the time the Sandhill Cranes return in spring and spring peepers jingle their musical bell-like melodies from ponds, soft, new needles will emerge. In spectacular fashion, they’ll create an eye-catching chartreuse lacework in the wetland treetops that distinguish them from the rest of the forest landscape of Oakland County. 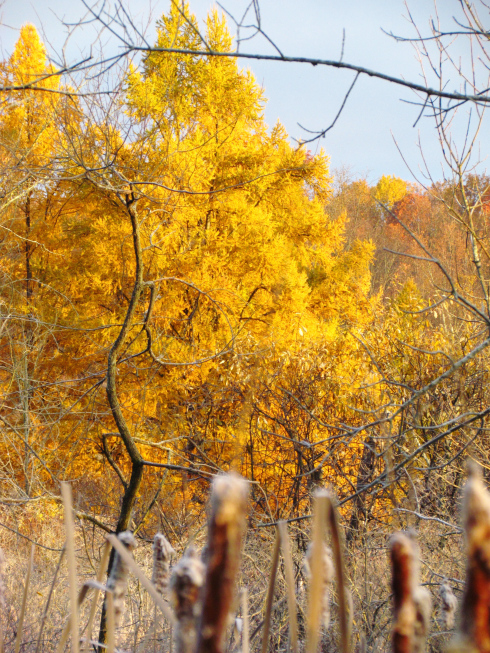