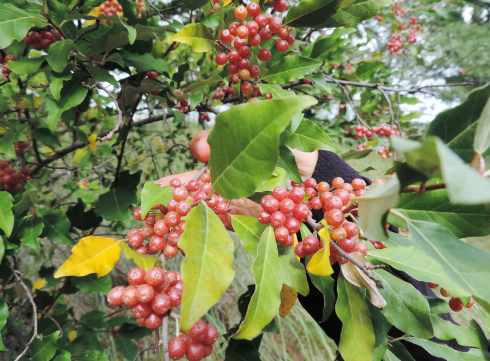 Autumnberry is an invasive exotic species gone feral that thrives on the wilder side of Oakland County. It is one of the best kept wild food secrets of our county and perhaps the most abundant wild fruit across a large slice of North America. Most know this land-conquering plant, that outcompetes many native species of flora, as Autumn Olive (Elaeagnus umbellata). However, the United States Department of Agriculture has renamed the plant as Autumnberry to draw attention to its fruit. 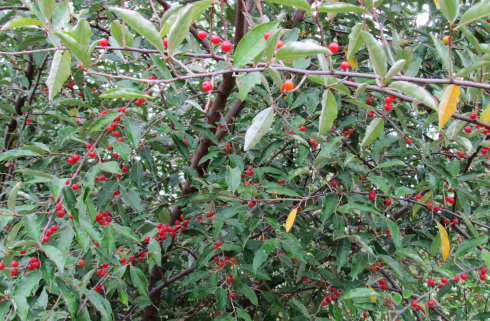 As the dawn of autumn approaches the branches of this deciduous woody species, that can grow over 10 feet tall, are heavy with tiny berries that attract song birds, wild turkey, and a host of mammals—and me. Autumnberry was lauded as a near miracle plant decades ago and was planted by many state agencies in the Midwest and Northeast as a food species for wildlife and to control erosion. Little did those agencies know that one day it would become one of the most invasive and prevalent tree-like shrubs on the landscape.

Autumnberry thrives in full sun and does well in light shade. It has drought tolerance that exceeds that of many native species. With birds and mammals feasting on the fruits and spreading them far and wide, it is not likely to disappear from the landscape of Oakland County. 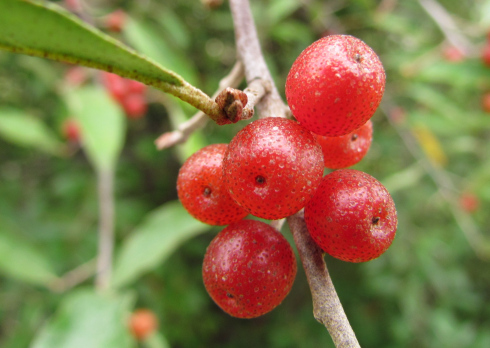 On a windy day, when the leaves flip over exposing their silvery sides, even a driver on the Oakland County sections of I-75 will note thickets of Autumnberry in many areas. It is especially easy to spot near entrance and exit ramps for it thrives in undisturbed soils. Hike a trail almost anywhere in Oakland County and you will find it, even where park departments, nature conservancies and state agencies fight to eradicate the plant. 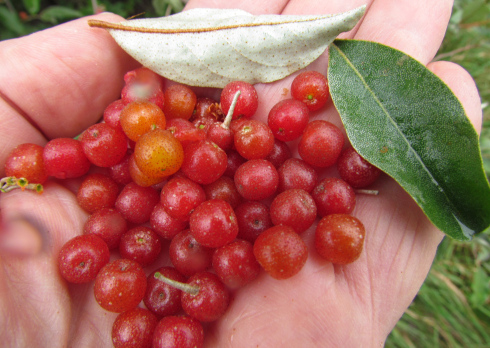 If we can’t get rid of the plant, the least we can do is eat it. That act gets the nod from the USDA, for Autumnberry is a healthful wild fruit.  Research has established that the tiny berries are crammed with nutritional value and contain 17 times more lycopene than a raw tomato and are rich in vitamins A, C, and E and essential fatty acids. The USDA even opened an Autumnberry Research Lab to further research and promote the medicinal and food values that are found in autumnberry jams, jellies and sauces. As for me, I simply pick the pea-sized reddish berries with tiny silvery flecks as I hike the wilder sides of Oakland County and enjoy the flavor that is both deliciously tart and slightly sweet with a hint of pucker.