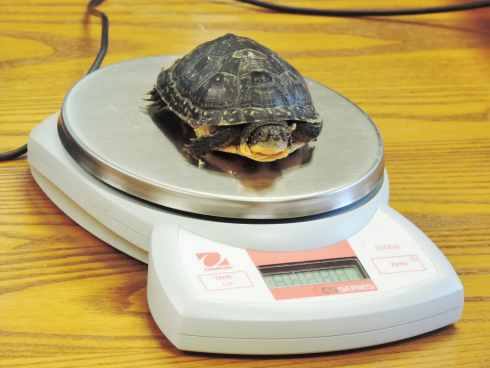 The Detroit Zoo (located in Royal Oak) is 90 miles south of the Shiawassee National Wildlife Refuge in Saginaw County.  But for 27 young Blanding’s turtles that slid from warm human hands into the cool duckweed-coated backwaters of the Shiawassee at the end of August, that journey to freedom took two years. These turtles were saved from near certain consumption by raccoons when they were still yummy munchies in their eggs. Multiple agencies worked on the project, a reminder to all who appreciate the wilder side of nature that all things are connected. 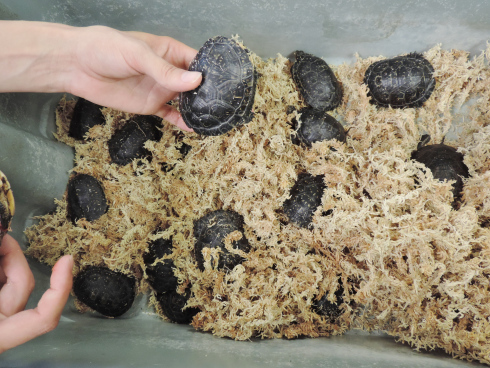 Shiawassee National Wildlife Refuge Manager Steven Kahl explains that the Great Lakes Region is a stronghold for the Blanding’s turtle, a threatened species in Michigan. They are protected by law due to extremely high predation on eggs by raccoons, and heavy road mortality during nesting season; countless turtles are killed when emerging from wetlands and crossing roads to find suitable locations for egg lying. Michigan State University wildlife specialist James Harding, an expert on turtles, agrees that massive development in many areas, including sections of Oakland County, has jeopardized the breeding success of the Blanding’s turtle, a species that lives over 70 years and breeds well into old age. 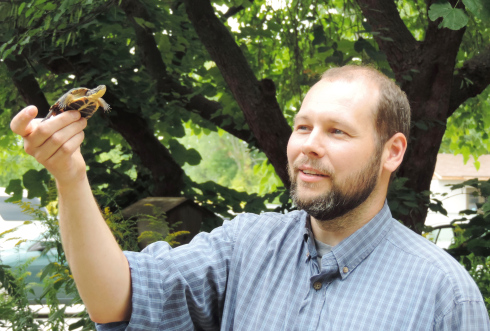 Five years ago, the Shiawassee National Wildlife Refuge partnered with the Detroit Zoo to raise and later release Blanding’s turtles back to the waters of the Shiawassee. The turtles were enrolled in what some might call a “Head Start” program to give them a better chance in the wilds of nature.  Raccoons, a major predator of Blanding’s turtles, had all but eaten the refuge’s turtles out of existence.  It was common for refuge employees and visitors to discover turtle nests dug up along the trails and dikes just hours or even minutes after turtles deposited the eggs. 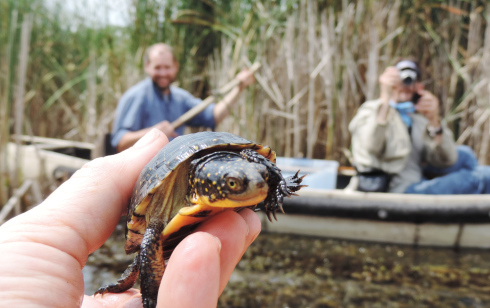 The project allowed eggs to be gathered at Shiawassee, incubated at the zoo, and later released back to the bayous and backwaters of the refuge. To date, 147 Blanding’s turtles have been raised and released.  By the time they are two years old, they are no longer tempting bite-size nuggets for raccoons, northern water snakes and large wading birds. The turtles are transported to areas of the refuge away from the dikes and trails frequented by raccoons and far from roads. 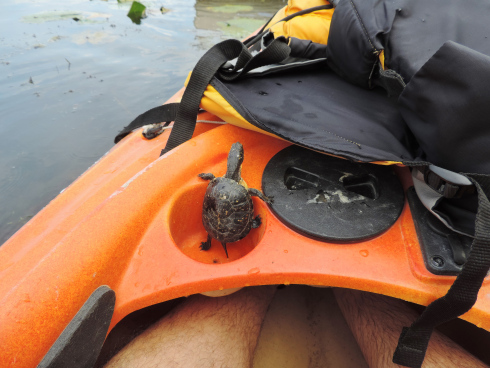 Mellissa Szymanski, a biology graduate student at the University of Michigan-Flint and an active participant in the projected added, “It is wonderful being able to do something positive for a species in decline, the Blanding’s turtle.  Being a part of important research to answer questions about the Blading’s turtle’s behavior and habitat is a great experience.” 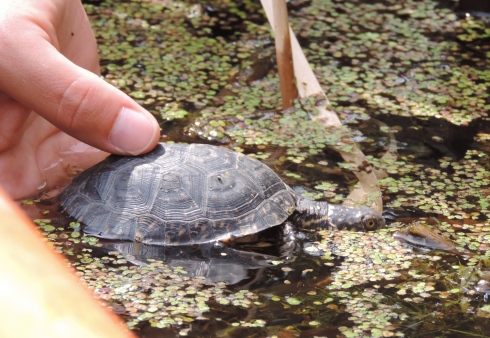 4 thoughts on “A Head Start Program for Turtles”