Yesterday, members of the Oakland County Executive’s 2014 Elite 40 Under 40 class gathered for the second of four round table meetings, designed to bring together class members and the Oakland County team for a morning of networking in an intimate setting. 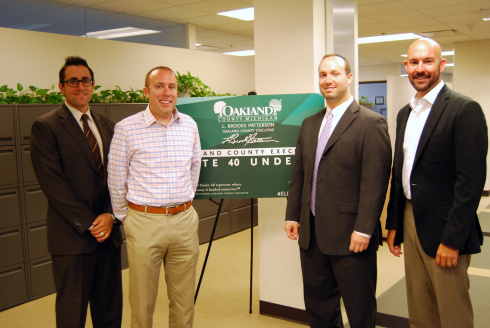 “We bring these groups together in smaller settings like this so we [the Oakland County team] can get to know you better,” Oakland County Executive L. Brooks Patterson said. “You’re the future of Oakland County. We want to get you involved with committees. We want you to be involved in the best managed county in America. And that’s not me saying that – Moody’s [a credit rating agency] is saying it.” 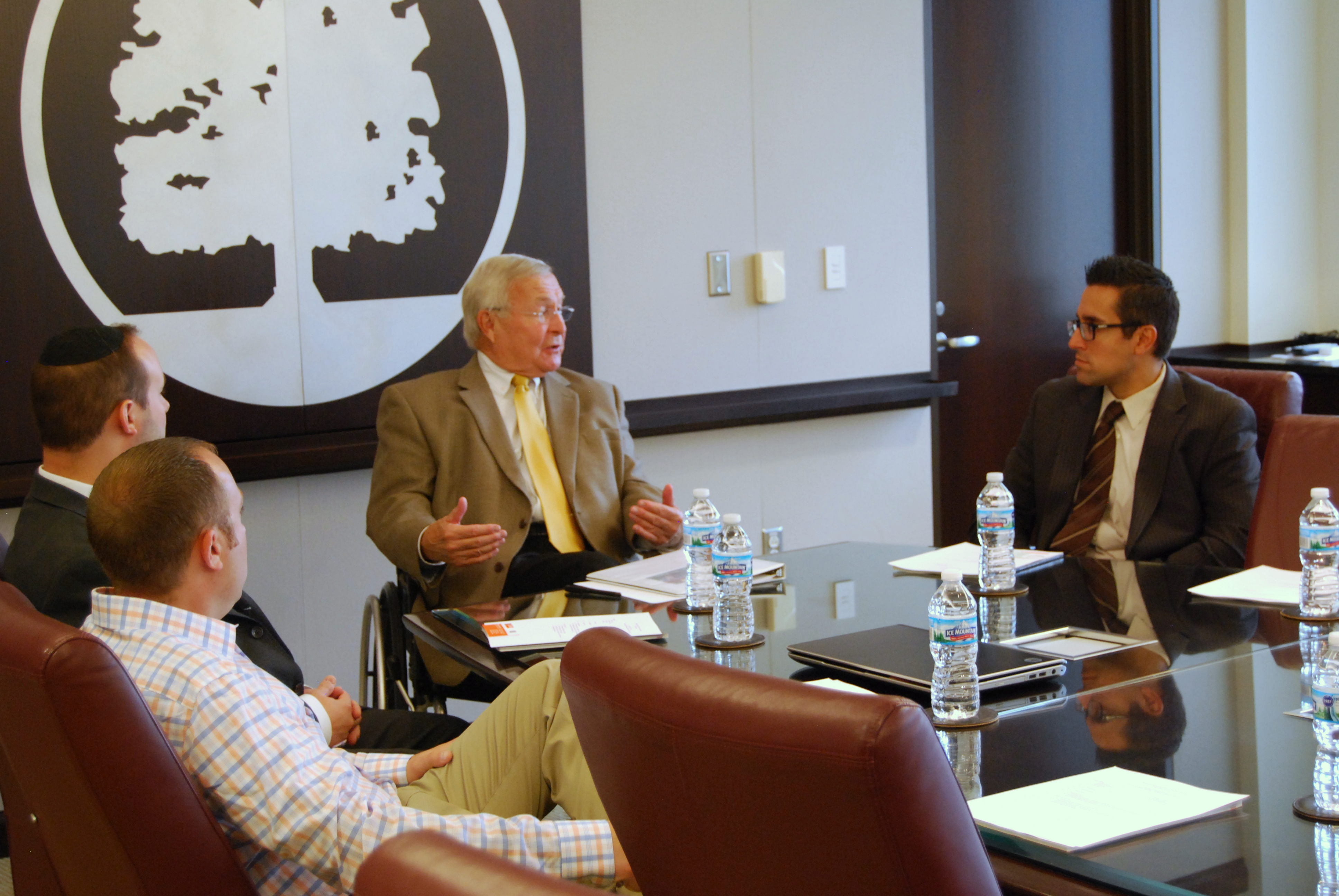 Also present at the round table were two leading professionals in the healthcare industry – one of Oakland County’s leading Emerging Sectors. Michael Mandelbaum (Sr. Analyst, Group Business & Corporate Marketing Health Care Reform Team at Blue Cross Blue Shield of Michigan) has become BCBS-M’s go-to person for Affordable Care Act laws as they apply to specific projects. He was propelled into a managerial position at BCBS after only eight months – and has continued to grow within the organization.

Thomas Lanni (VP of Oncology, Medicine, & Imaging of Beaumont Health System), has been an active leader in Oakland County’s medical industry for several years. He has assisted in the development and opening of two new Beaumont centers – the $14 million radiation oncology center at Beaumont Troy Hospital, and the $2.75 million Breast Care Center at Beaumont West Bloomfield. Beaumont Health System, Michigan’s only health system that is a part of the High Value Healthcare Collaborative, is also Oakland County’s largest employer. 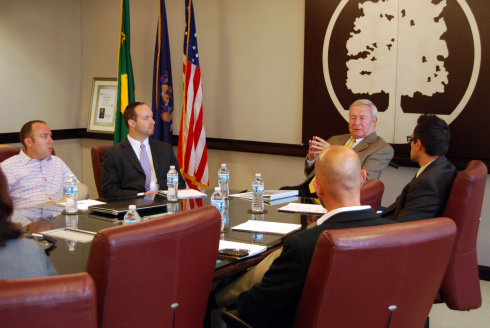 The morning networking meeting kick-started conversations for class members to get involved with the community, and optimize each other’s skill sets for potential opportunities – both of which are the backbone of the Elite 40 program.

“We need to infuse bright, young entrepreneurs to give us fresh perspective,” Patterson said. “We want the Elite 40 to be involved – to continue to move us forward.”

The Oakland County Executive’s Elite 40 Under 40 program shines a spotlight on the young men and women who are excelling in their fields and giving back to their communities in a way that improves quality of life. To learn more about the program visit our website HERE.