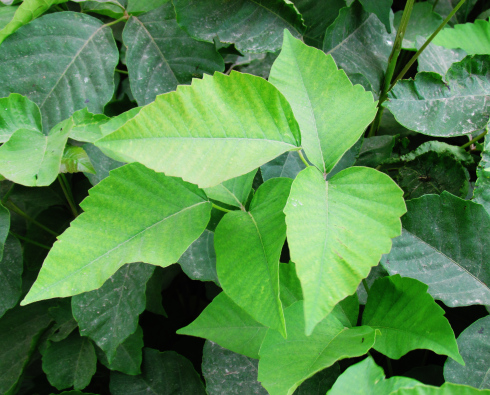 Poison ivy thrives in the sultry heat of summer.  This cantankerous producer of human misery is very much at home on the Wilder Side of Oakland County; including along the trail sides of Oakland County Parks, Huron-Clinton Metroparks, Paint Creek Trail and the Clinton River Trail and the meandering Shiawassee River Heritage Trail. 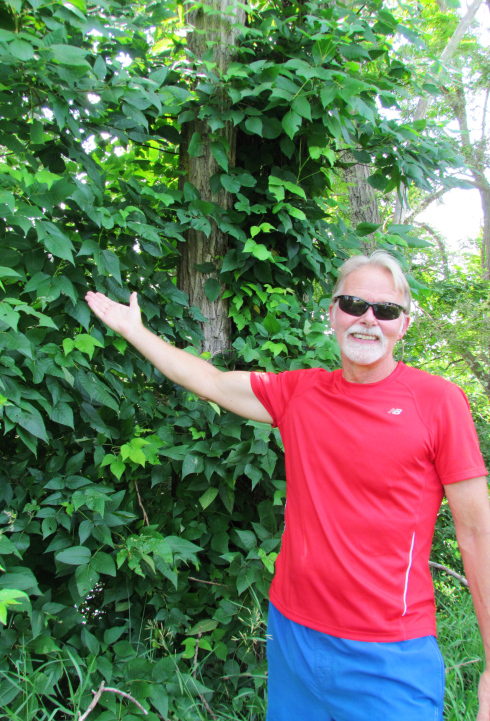 This poison ivy vine along the Shiawassee River towers more than 15 feet above the head of six foot tall Jim Lloyds, a board member of the Six Rivers Land Conservancy (www.sixriversrlc.org ) and leader of their Adventure League.

Blame the birds we love for the rapid spread of poison ivy.   Many species of songbirds including robins and chickadees consume the small whitish-yellow berries of poison ivy, and when the seed passes and lands on fertile or disturbed soil, a new plant sprouts.   Forget the warning you may have heard,  “Leaflets of three, let it be.”  Other plants hold that description, and poison ivy takes on various forms and shades of color and is often misidentified.  The leaves of the Virginia creeper vine and the box elder tree are just two common Oakland County plants that bear superficial resemblance to the itch master that produces a rash and is often followed by crusty and oozing blisters. 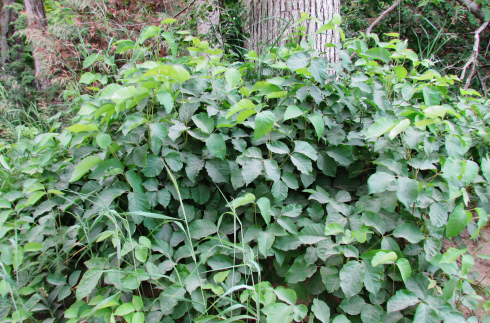 “Poison ivy rash is caused by sensitivity to an oily resin called urushiol (u-ROO-she-ol), which is found in the leaves, stems and roots of poison ivy, poison oak and poison sumac.  At least 50 percent of the people who come into contact with these plants develop an itchy rash. The most dangerous type of exposure occurs when the plant is burned and the smoke is inhaled, which can affect your lungs.  Mild cases of poison ivy rash require no medical treatment. For more severe or widespread rashes— your doctor may suggest taking corticosteroid pills, such as prednisone, for a few weeks.”

The clinic also presents situational awareness information of the three means of contact. 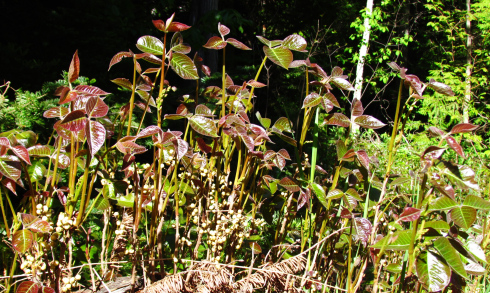 Poison ivy may have a shiny look and appear on upright stalks. The berries birds love are visible too.

Poison ivy thrives in the moist shady woods of Oakland County.  Sandy, sunny areas also make for the perfect habitat for this adaptable plant.  And some poison ivy vines have side ‘branches’, that dangle over trails and grow thirty feet up a tree. These “branches” create situations where  hikers have acquired poison ivy rashes on their neck,  face, and arms from plodding along a trail and unknowingly making  direct contact.

A single leaf of poison ivy is not always the best clue for identification.

The best way to coexist with poison ivy on the Wilder Side of Oakland County is simple: Learn to recognize— and then avoid.