The Oakland County Animal Control & Pet Adoption Center is participating in the American Society for the Prevention of Cruelty to Animals’ (ASPCA) #100KChallenge! The $100K Challenge is a contest in which 50 shelters across the country compete to break their own records saving the lives of animals. Throughout the months of June, July and August 2014, each competing shelter must save more dogs, cats, puppies and kittens than they did during the same three months in 2013.

On Saturday, June 14th, the Center is holding a special Father’s Day Bow Wow event – the first event scheduled to help the center reach its goal to adopt out 2,014 pets during the months of June, July and August!

The event will also include fun for the whole family – including bounce houses, food trucks, face paintings, psychic readings for pets and humans, raffles and a “dress your dog like your dad” event. 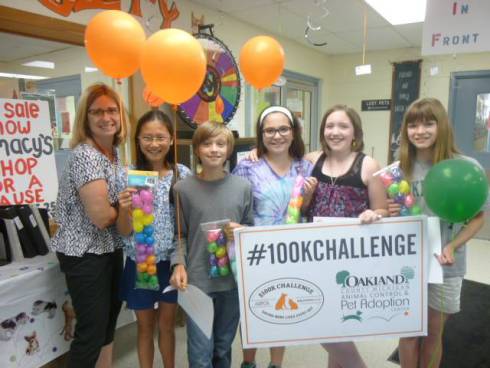 With an objective to save more lives, the $100,000 grant will go to the animal shelter with the most improved adoption numbers. The center adopted out 1,000 dogs and cats in 2013 for June, July and August.

To learn more about the Oakland County Animal Control & Pet Adoption Center, visit our website HERE. You can also “like” the OCAC&PAC on Facebook at www.facebook.com/OakGov.OPAC.