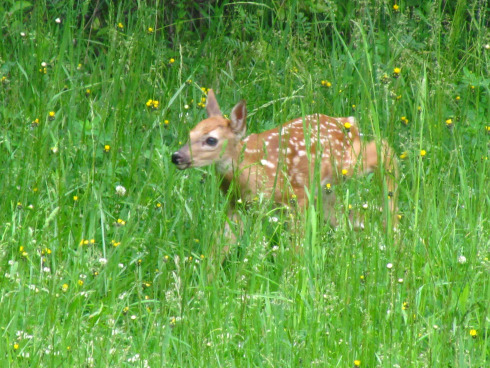 Every spring wildlife and park agencies receive calls about “orphaned” and “lost” fawns. This year is no exception. In these early days of June the Michigan Department of Natural Resources and local park agencies are very accustomed to those well-meaning calls of concern. And before the conversation ends all too often the wildlife biologist or naturalist hears what they dread hearing; the fawn has been brought into the home to keep it safe. Facts of the matter are clear, the fawn is not abandoned and it is not lost. It has been kidnapped. 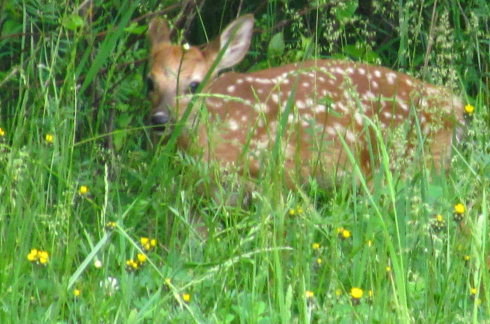 Fawns do not get lost and does do not abandon them. A few weeks before giving birth does become less conspicuous by seeking seclusion away from other deer. Sometime the birthing location is deep in woodland in a large park but in Oakland County more often than not it may be at the far side of large yard, near a grove of shrubs or even between homes in rural areas the doe wants a site where she feels safe and the fawn is safe from predators. For the first few weeks of the fawn’s life, the doe avoids the fawn except for coming in to nurse and the fawns stays motionless while the doe is away. It is a time of great hazard for the fawn when humans interfere. 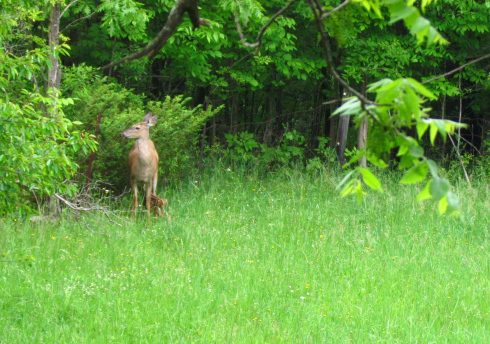 Fawns are born with white spots and when curled up on the forest floor or near shrubs or even in tall grasses at the edge of busy golf course they blend in perfectly in dabbled light; hidden in plain site until a human comes into the rescue. The doe even consumes the fawn’s droppings to help reduce the scent and decrease the chances of a predator, be it a coyote, fox, domestic dog or even a raccoon from finding the fawn. The chance of the fawn being alone is very slim. The doe is nearby, aware and wary of the human intrusion and attentive to activity. The kindest thing anyone can do when they find a fawn lying quietly in the woods or the edge of a lawn is to leave it alone, turn and walk away. 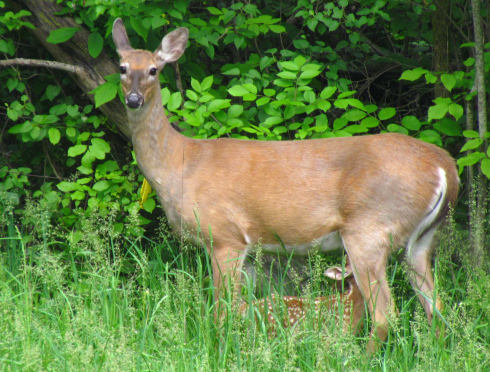 2 thoughts on “Lost and Orphaned Fawns?”