“A man’s interest in a single bluebird is worth more than a complete but dry list of the flora and fauna of a town.” Henry David Thoreau

Eastern bluebirds have at long last announced the delayed arrival of spring to Oakland County with flight and song. Their brilliant royal blue backs and rusty brown breasts add rich warmth to fields and meadows laced with remnants of crusty ice and slushy snow. Perhaps these beautiful members of the thrush family responded to the words of Thoreau:   “His soft warble melts in the ear, as the snow is melting in the valleys around. The bluebird comes and with his warble drills the ice and sets free the rivers and ponds and frozen grounds…the leading edge of spring.” 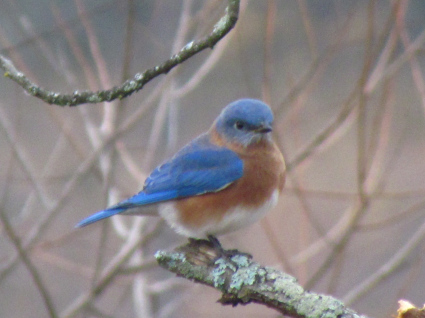 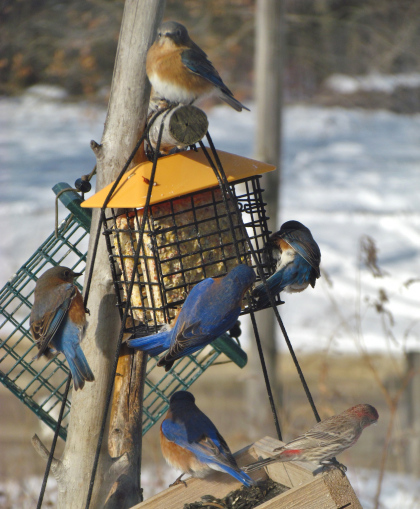 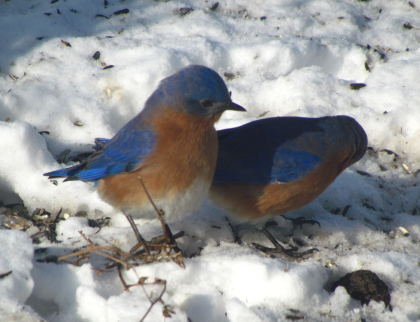 The eastern bluebird is very much at home on the wilder side of Oakland County and as bird-watching residents discovered this winter, many bluebirds did not migrate and were spotted across the county from the northern glacially sculpted hills of Brandon Township to the southern fields of Southfield not far from malls and expressways. Other bluebirds feasted on suet and sampled seeds at bird feeders near suitable habitat. 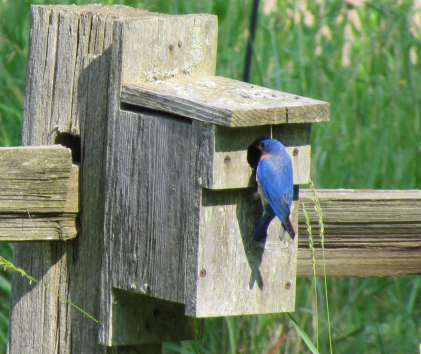 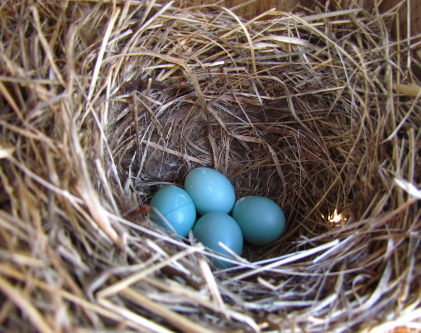 As warmer days of early April melt remaining snow, the omnivorous bluebirds transform into hunters extraordinaire and perch on posts and branches—- and wait. When an insect comes into view the bluebird abruptly drops to the ground for dinner. Kathleen Dougherty, Education Resources Specialist for Oakland County Parks, keeps a watchful eye on the thriving bluebird population of Orion Oaks County Park. She writes, “In the 1970’s the North American Bluebird Society was founded to help bring back the bluebirds. These once common beautiful songsters experienced dramatic declines but responded very well to nest boxes and other conservation efforts. Between 2004-2013 the bluebird nest box volunteers at Orion Oaks have helped fledge 869 Bluebirds.” Please stay on the trails and observer bluebirds from a distance. Additional information on bluebirds: www.michiganbluebirds.org

7 thoughts on “EASTERN BLUEBIRDS of OAKLAND (with tributes from Thoreau)”