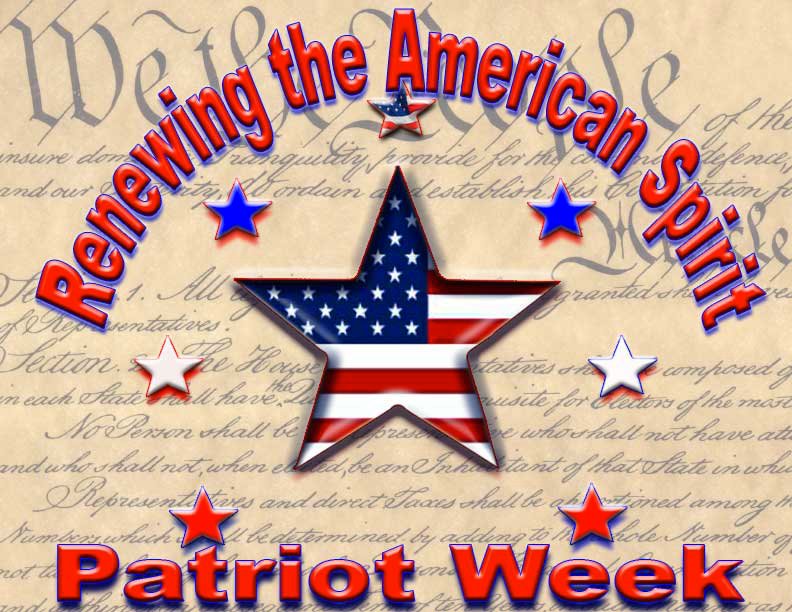 Renew your American Spirit and show patriotism for our country during Patriot Week. Oakland County Executive L. Brooks Patterson has declared that Patriot Week will celebrated September 11-17th here in Oakland County. In 2009, Circuit Court Judge Michael Warren and his daughter, then ten years young, founded Patriot Week to renew “America’s spirit by celebrating the First Principles, Founding Fathers and other Patriots, vital documents and speeches, and flags that make America the greatest nation in world history.” Patriot Week is anchored by the key dates of September 11th, when nearly 3,000 Americans lost their lives in terror attacks, and September 17th or Constitution Day, the anniversary of the signing of the Constitution by the founders. 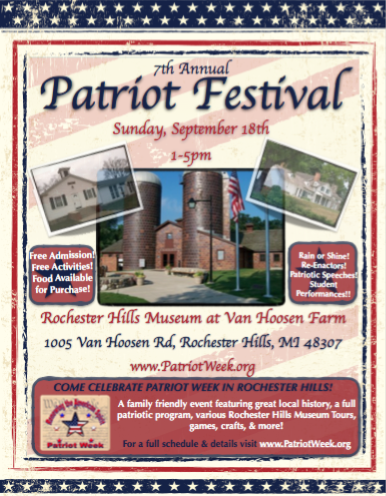 Enjoy patriotic activities, music, food and more at Patriot Weeks’s premier event, the 7th Annual Patriot Festival. The festival will be held on September 18th from 1:00 – 5:00 p.m. at the Rochester Hills Museum at Van Hoosen Farm.

Take in activities on a great local historic site that include speeches and presentations from dignitaries, schools, students, and others.

Admission is free and open to the public!

Celebrate the American Spirit, honor veterans and learn more about our country’s heritage by participating in additional events listed below.

9/15/2016 at 5:30 p.m.  – “A More Perfect Union” – A Constitution Day Commemoration and Law Enforcement Appreciation through Prayer

Be a part of the grassroots effort that encourages renewing the spirit of America, one person at a time.