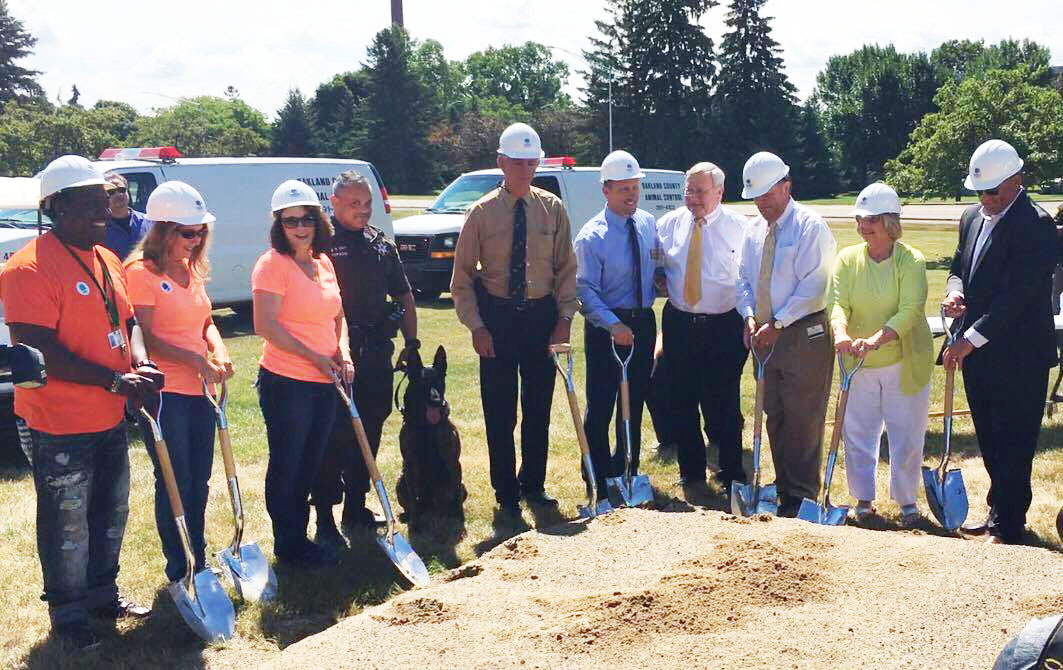 The sun was hot, shining off the new silver shovels displayed next to the podium.

The Oakland County Animal Shelter and Pet Adoption Center is in the midst of some very big, positive changes.

In the Fall of 2017, all of Oakland County’s shelter animals, staff and volunteers will move from their current home off of Baldwin Road in Auburn Hills, to Oakland County’s complex, next to the sheriff’s administration building, east of Telegraph.

The new 35,000 square-foot facility will have a much larger capacity and is expected to house 140 cats and 150 dogs.

“We are here today to celebrate this new facility, that has been a long time coming,” said Oakland County Public Services Director, Mark Newman. “It is going to serve both the public and our animals better.”

According to Oakland County Executive L. Brooks Patterson, the county takes in roughly 4,000 animals annually. The Oakland County Animal Control and Pet Adoption Center is one of the largest public sector animal centers in the state of Michigan.

“This is the first time we’ve built a new building in the 24 years I’ve been County Executive,” said Patterson. “We’ve converted a lot, but this will be the first brand new building. It’s going to be a very large building and it’s really going to give us a state-of-the-art facility to fulfill our responsibilities for animal shelter and pet adoption.” 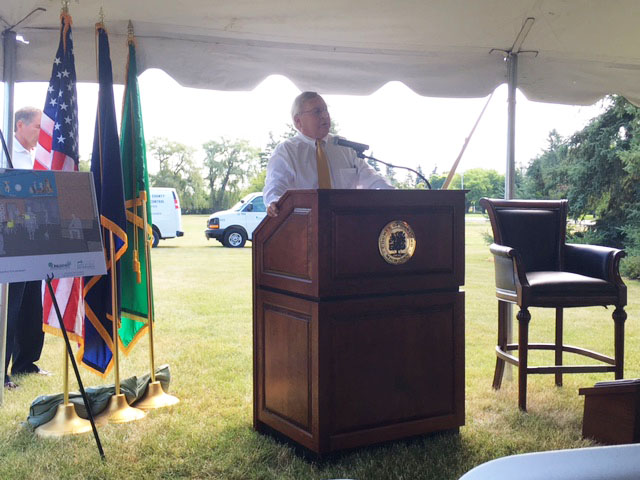 Oakland County Board of Commissioners, including Michael Spisz and Shelley Goodman Taub, both spoke at the press conference.

“We do everything fiscally conservative, but we do it with excellence,” said Taub.

Spisz followed by saying, “I’d like to thank Brooks for finding ways to make this happen, and of course the overwhelming support from the Board of Commissioners. For those of you who may have not been to the old facility, may not understand the need.”

The groundbreaking created excitement for the future of Oakland County shelter animals as the facility will provide more space, a larger capacity and more opportunities to re-home deserving dogs and cats.

K-9 Mordus may have stolen the show a bit as he broke ground first, followed by Patterson, Spisz, Taub, Topacio and Oakland County Animal Control staff. 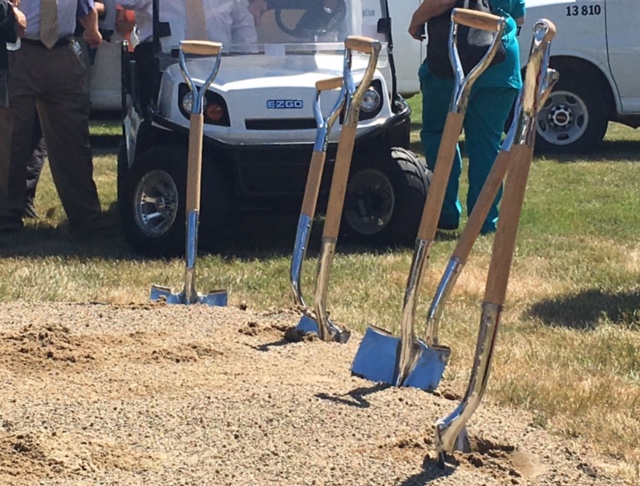 The new facility has been designed by Stephen Auger & Associates Architects and constructed by Frank Rewold and Son, Inc.

Find more information on the Oakland County Animal Control and Pet Adoptions Center, adopt a furry friend or support the shelter’s efforts by visiting their  website, or follow the shelter on Facebook and Twitter.