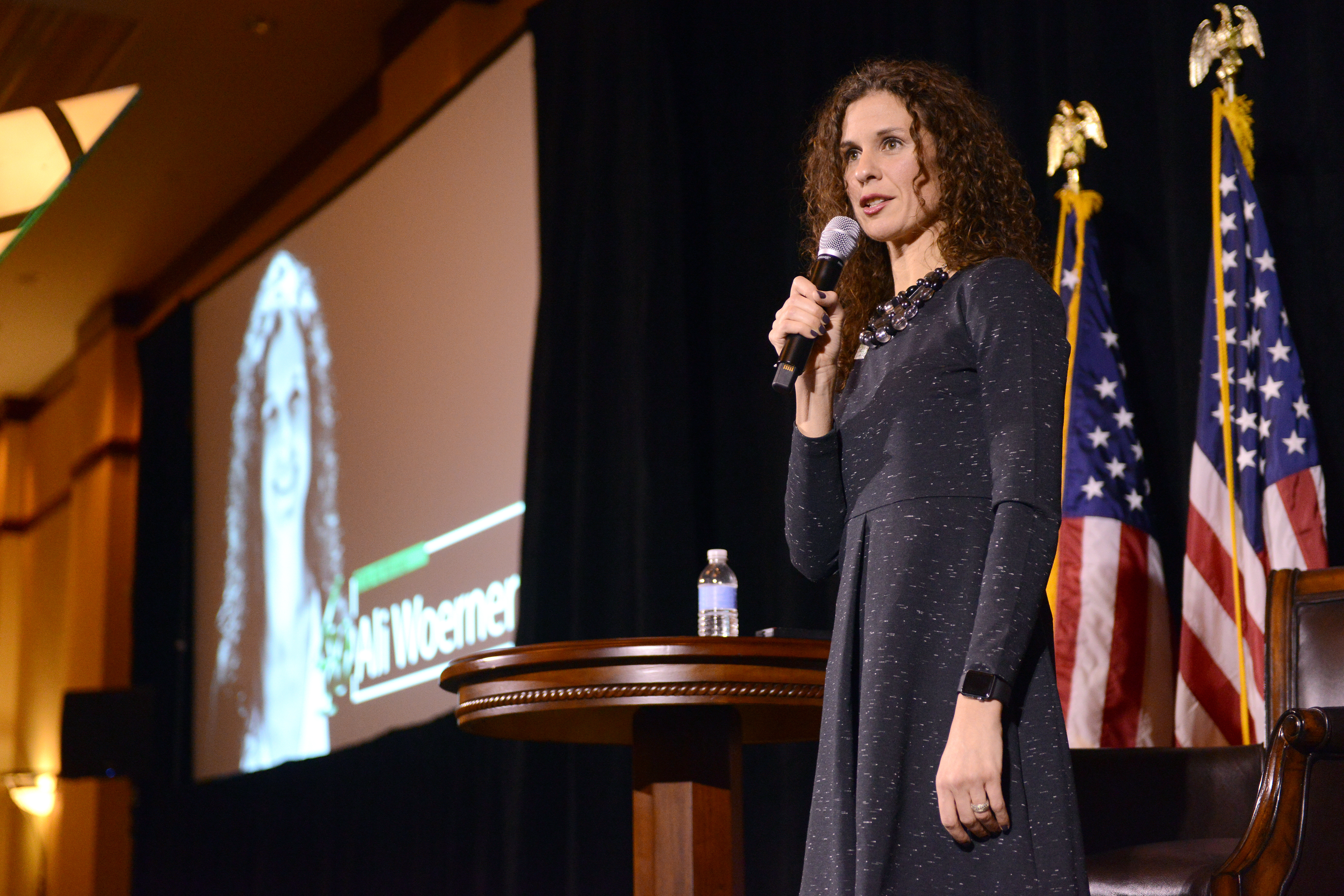 Congratulations are in order for Ali Woerner, the 2016 Oakland County Executive’s Elite 40 Under 40 class winner. Woerner is an assistant dance professor at Oakland University, and is the co-founder and co-director of the non-profit professional modern dance company, Take Root. She was selected by the public during an online vote and was announced as the winner on Wednesday, February 10th in front of 600 people at the 2016 Oakland County State of the County Address, where she had the honor of introducing County Executive, L. Brooks Patterson.

Ali Woerner, 38, is a married mother of 4-year-old twins living in Birmingham. At age 21, she became a Radio City Music Hall Rockette and toured the country for six years performing. Her career has also included performing and teaching all over the world as a freelance choreographer; traveling to Colombia, Costa Rica, Japan, and beyond.

“I’m humbled and honored,” Woerner said. “Being part of the group on its own is very special but being chosen as the leader is humbling and amazing. This group can really make a concrete difference in the community, making the community better. This is not about me, it’s about the community and I’m so excited to be a part of it.”

Currently Woerner spends her days teaching modern dance technique, choreography and directing the Oakland Dance Theatre student company. Her current mission is teaching the Dance for Parkinson’s Disease class through Take Root at Oakland University. The class is a form of physical therapy to aid in clients’ long-term wellness, with the goal of bringing dance and joy as a new way of combating Parkinson’s Disease.

“L. Brooks Patterson has inspired me to be involved in Oakland County, OUR county. I want my four-year-old twins to see the work I do and recognize its importance, relevance and impact on those in need in our community. Through all of the classes comes the realization that dance offers more than just movement. These classes generate joy, creativity, community support, laughter and freedom.” – Ali Woerner

In addition to announcing Oakland County Executive L. Brooks Patterson at the State of the County Address, Woerner will also receive:

Ali was selected out of 450 nominations by a panel of judges and then received the majority of the 4,000 public votes that were cast for the three finalists. The entire Elite 40 Under 40 Class of 2016, can be found on the EDCA- formerly Advantage Oakland website.

Previous Elite 40 Under 40 class winners include:

Learn more about the Elite 40 Under 40 program on the Advantage Oakland website. Keep up with the class and events on Facebook & Twitter and join the conversation using #Elite40.