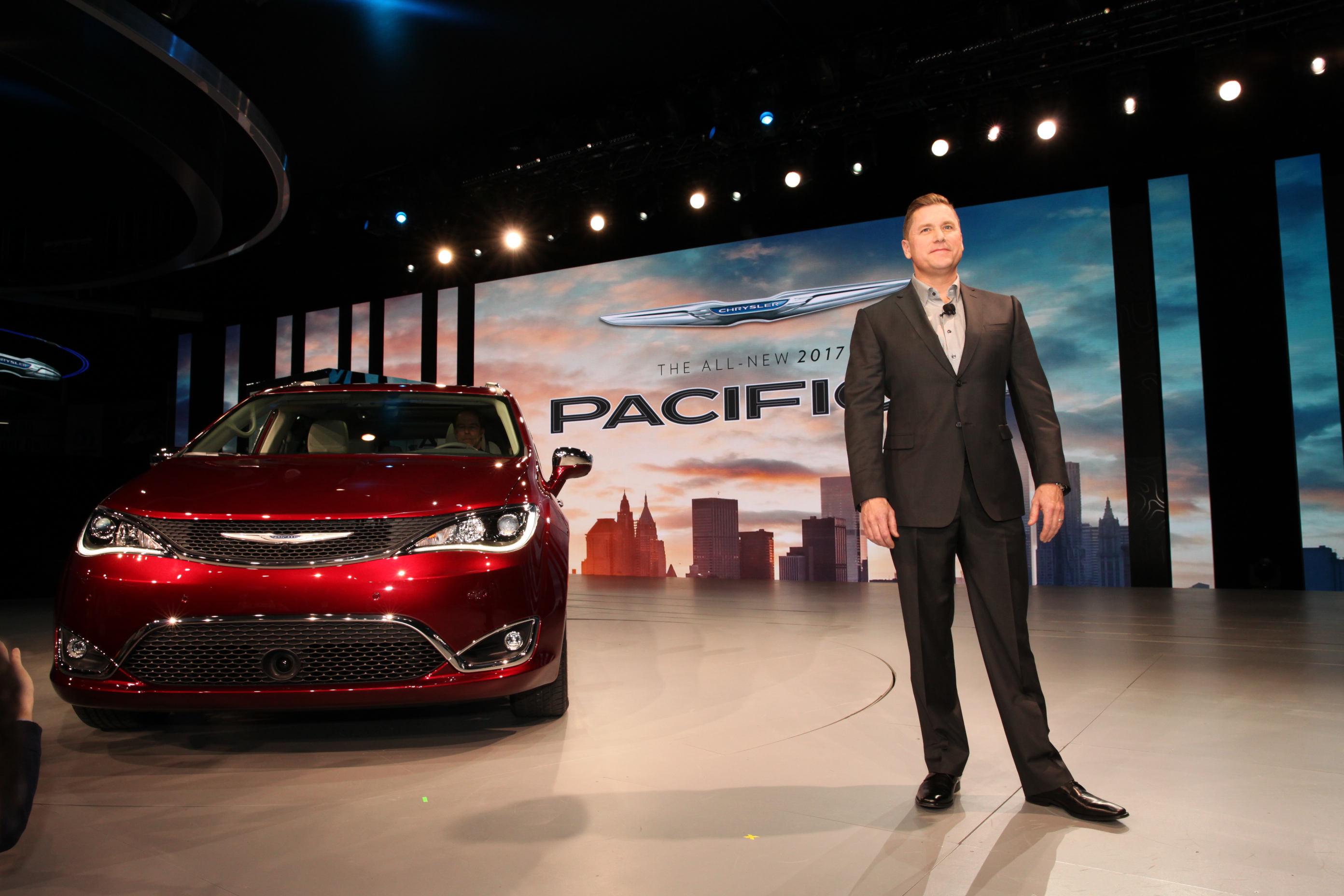 Every year the North American International Auto Show (NAIAS) fills Cobo Center in Detroit with its display of shiny new vehicles and technology. Before it became the international show it is today, it was known locally as the Detroit Auto Show. The exhibition was a local car show in 1907 with 17 exhibitors, and has grown to feature more than 60 exhibitors. This year the auto industry is rolling out exciting new concept cars, intuitive technology and stunning designs. 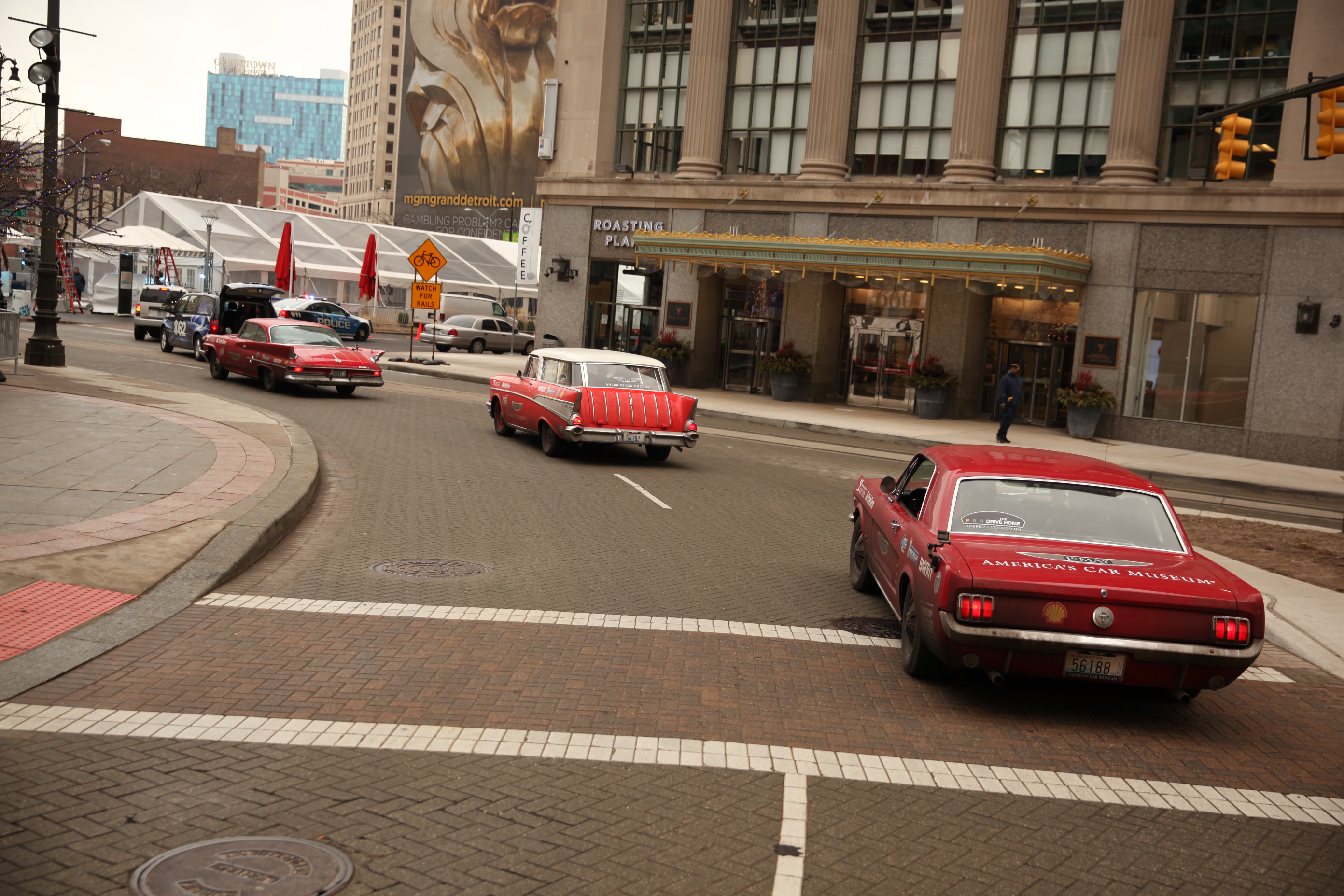 The NAIAS show is one of the world’s most renowned auto shows, and it is expected to generate more than $425 million in economic impact for the area. This year the show kicked off with an epic “Drive Home” from LeMay America’s Car Museum in Tacoma, Washington to Detroit. A 1957 Chevy Nomad, 1961 Chrysler 300G and 1966 Ford Mustang all made the trip of 3,000 miles across America back to the Motor City with a stop in Troy and a cruise down Woodward Avenue to NAIAS. While some may think it was crazy to drive the vintage cars so far, David Madeira said this about the trek,

I argue that while driving vintage cars may put them at ‘risk,’ not driving them makes their ‘death’ certain. Cars that don’t move are sad objects to look at. And driving them is the only way to give them a chance for a meaningful existence, giving pleasure to driver and passengers.

All three cars will be on display for visitors to enjoy during the show.

Oakland County companies play a large role in automotive industry innovation, supplies, and design. Companies like Fiat Chrysler, GM, Denso, Borg Warner, Valeo, GKN, and more, are some of the top employers of Oakland County residents with 75 of the top 100 global auto suppliers calling the County home. Last year alone, Oakland County auto companies invested $1 billion in the economy, and had over $6.6 billion in sales across the world. It’s easy to see why car enthusiasts from across the globe come to the area for jobs and events, like the Woodward Dream Cruise.

Automobiles from concept cars, to hybrids, and super cars are featured this year at the show. Companies are rolling out their best technology to wow visitors and display the best of the best. Be on the look out for technological advances to assisted parking systems, updates to counsel screens that allow the car to mirror phone screens (Apple CarPlay), and self driving cars.

Visitors can use the hashtag #NAIAS on social media to join in the conversation and be entered into the MLive photo contest. All photos with #NAIAS will be considered for categories like: Best Selfie, Best Car, Best Family Photo, and more. All photos taken in the MLive photo booth on Saturday, January 16th will also be entered.

There are also special activity days being held throughout the show, running January 16th – January 24th. Education days for schools are on January 20th and January 21st, and military and veterans can enjoy discounted entry on Tuesday, January 19th. All visitor activities can be found on the NAIAS daily activities page.

Plan ahead for your visit with the official NAIAS 2016 floor plan. Tickets can be purchased online ahead of time or at the ticket window. Follow NAIAS on Twitter, Facebook, Instagram and YouTube for more information. Join the conversation on social media using #NAIAS and #MichiganIsAuto.