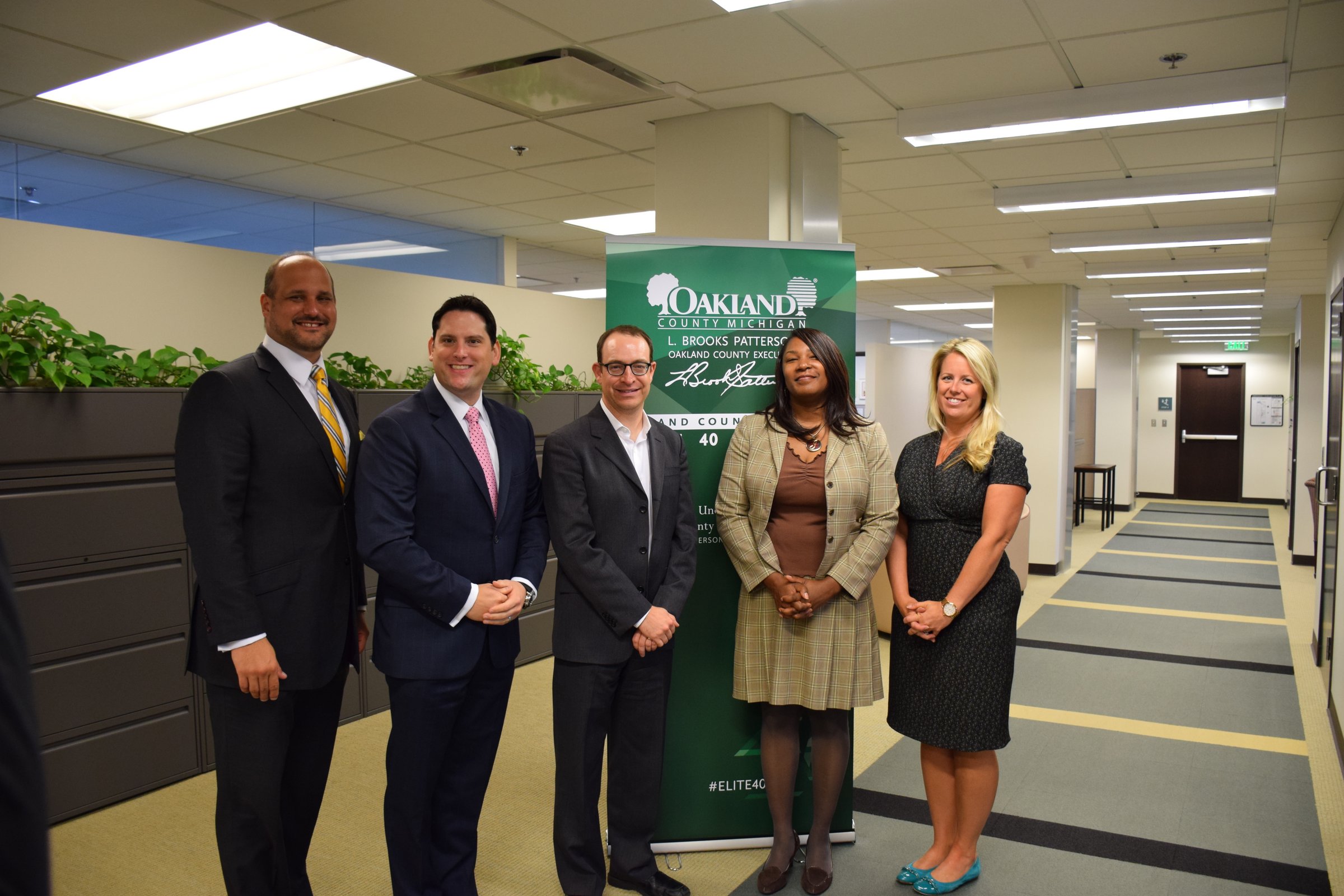 L. Brooks Patterson welcomed the group and explained that coming together in a small group allows him to get better acquainted with each member and find out more about them. He also shared that it gives him an opportunity to learn as well and said, “I learn from you as much as you learn from me.” Matthew Gibb also welcomed the Elite 40 and invited them to communicate and connect with one another in an effort to better develop the next generation of leadership in Oakland County. Gibb explained, “Our goal is to keep you connected and keep you involved.” 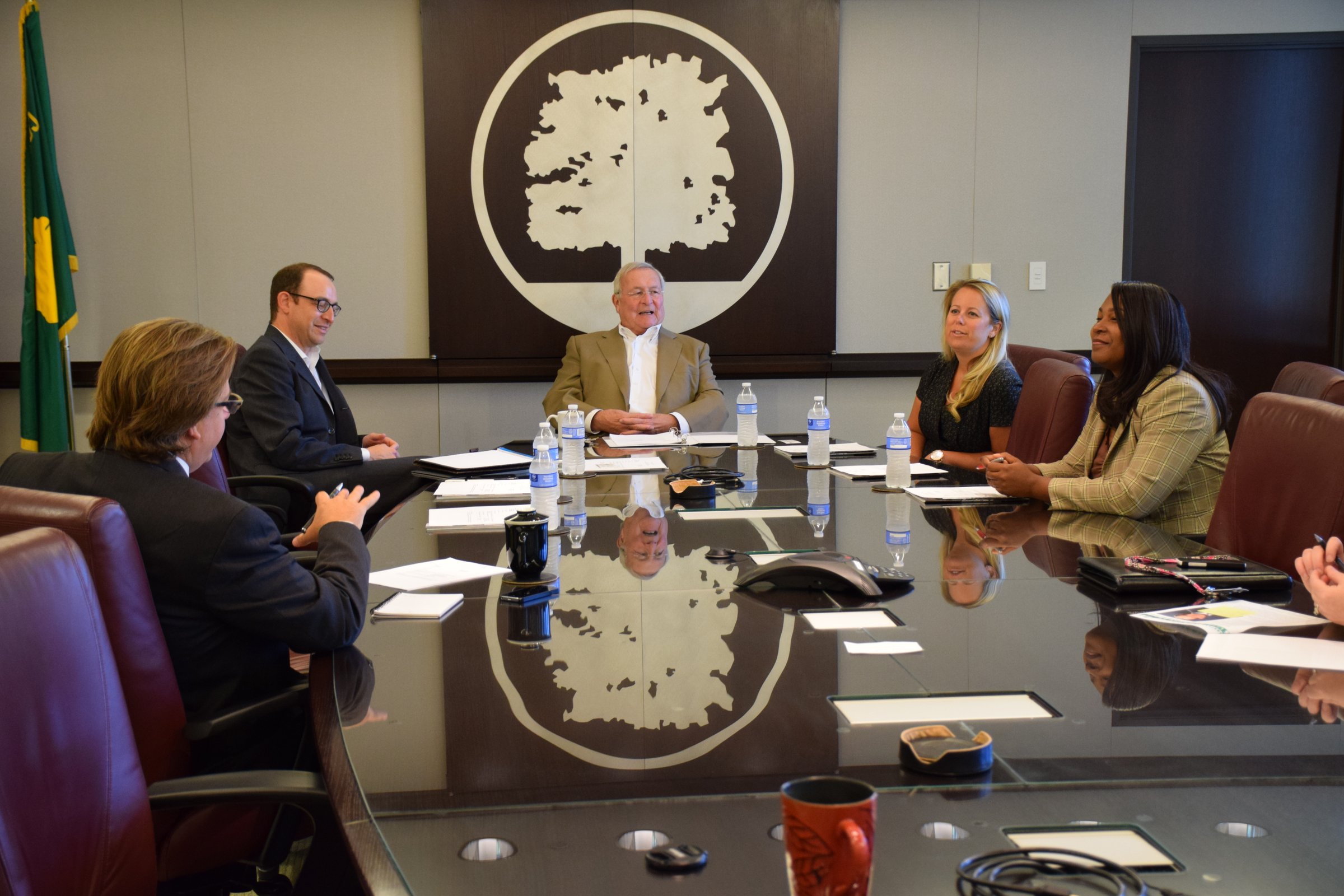 Patterson asked each Elite 40 member to share a little bit about their professional and personal successes. Much of the conversation focused on philanthropic endeavors. Patterson remarked, “I’m so impressed that each and every one of you has an interest outside of work. This common thread is what separates you from the rest of the pack and I congratulate you on all on that.” 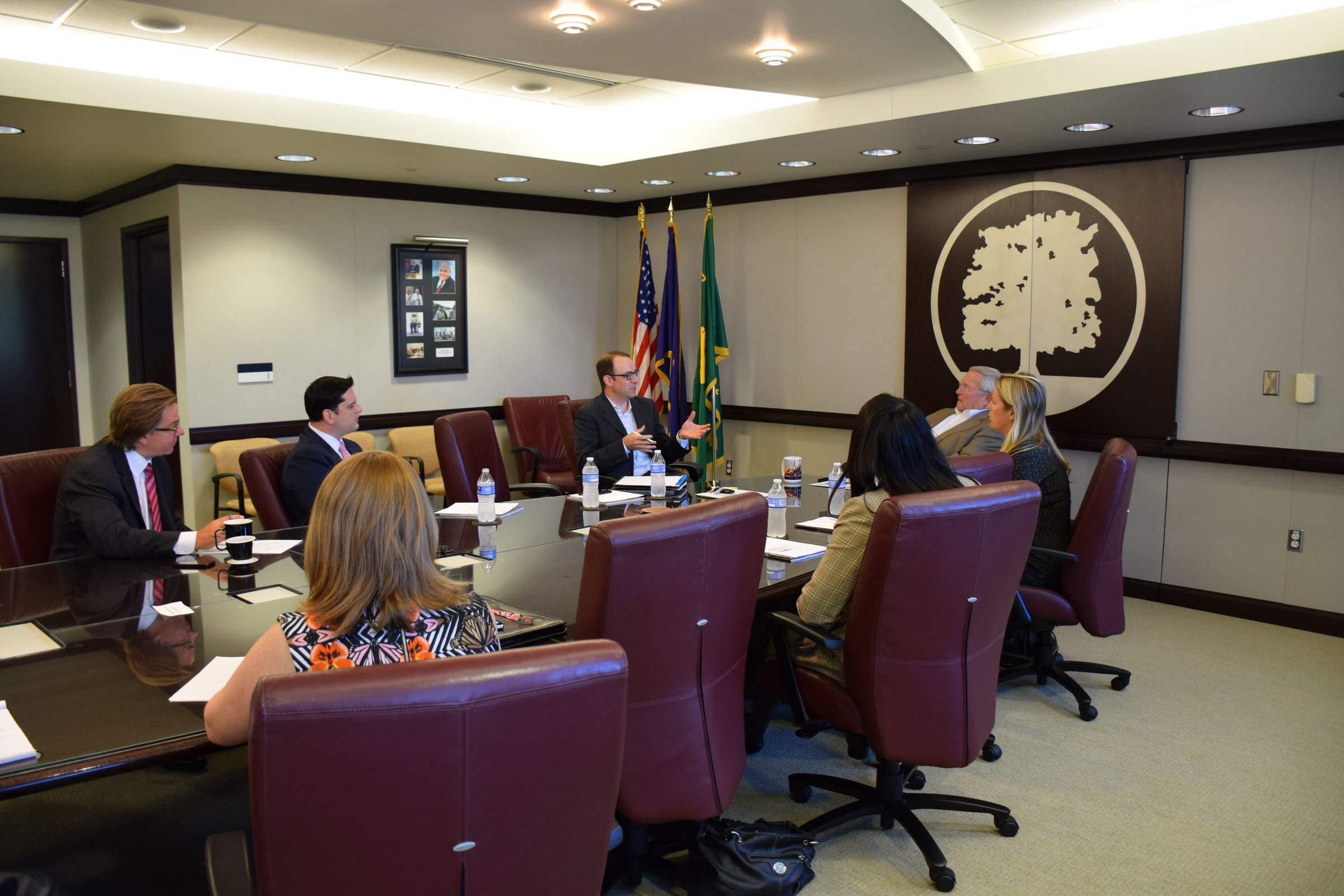 Jaymes Vettraino, former city manager of Rochester, Michigan, was about to begin his second day at his new position at Rochester College. Vettraino and his wife just launched a local government consulting firm in an effort to share some of the successes that the city of Rochester has achieved with other governments.

Steve Miglior is a partner at Honigman, Schwartz and Cohn LLP and also President-elect at NEXTGen Detroit. Steve said his heart and soul goes in into NEXTGen and he credits his business and philanthropic success to taking on everything he does with full gusto and serving his clients well.

Jayne Harper, also known as Takisha Harper, is Director of IT Risk Management and Internal Audit at Henry Ford – HAP. She works primarily to keep hackers away from our data and calls her team the superheroes of the 21st century. She is also passionate about helping children and adults learn to read and works with them through a reading literacy program.

Kristen Pursley is a patent lawyer who works with start-ups and entrepreneurs and is managing partner at Dobrusin Law Firm in Pontiac. Pursley is President of Women Lawyers Association of Michigan and is a great supporter of the Pontiac business community and its revitalization efforts.

Moheeb Murray is partner at Bush Seyferth and Paige PLLC and specializes in commercial insurance. Murray is Vice-President of the Michigan Muslim Bar Association and director at Zaman International where he volunteers to help meet the every day, essential needs of marginalized women and children. 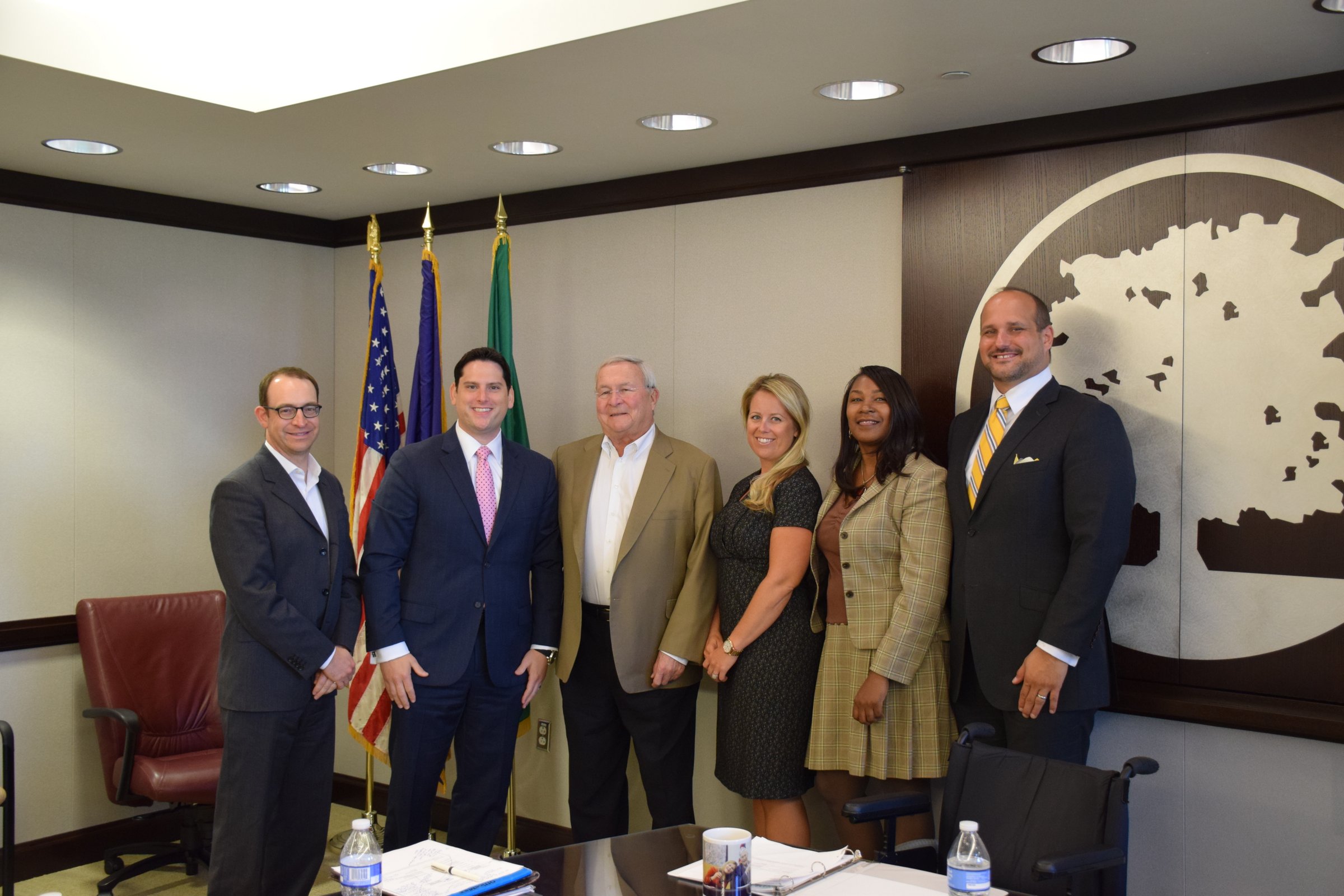 The 5th Elite 40 Under 40 forum was a huge success. New relationships were formed and existing ones strengthened. Patterson was delighted to hear about the many ways that the Elite 40 are improving the quality of life in Oakland County by making it a great place to live, work and raise a family.

Learn more about the Oakland County Executive’s Elite 40 Under 40 program at AdvantageOakland.com and view the entire class of 2015 HERE. Follow along with the next Elite 40 forum, scheduled for August 18th, using #Elite40. Stay connected by following Advantage Oakland on Facebook & Twitter.