Prior to the luncheon, Oakland County Executive L. Brooks Patterson held a press conference with Fulton and Grimes, who have prepared the county’s economic forecast for the last thirty years. During the press conference, Fulton and Grimes shared the fantastic news that wages in Oakland County are up, unemployment is falling and jobs are being created. Patterson was ecstatic about the report and said,

“The numbers in the outlook are spectacular. We’re getting to places we only dreamed about. When you get below 5% unemployment, you’ve reached full employment. That day is not that far off. According to this report and according to our growth studies, we’re going to hit that number squarely this year and probably drop below 5 to 4.9% or 4.8%. It’s just incredible growth in the right sectors.”

Before the luncheon began, L. Brooks Patterson met with Oakland Community College (OCC) Chancellor Timothy Meyer and accepted a plaque commemorating 50 years as partners. During the luncheon, Chancellor Meyer addressed the room and shared that OCC is a proud partner of Oakland County’s economic recovery.

Brad Terryn, Managing Director at JP Morgan Chase, welcomed the packed room and shared two of JP Morgan’s current initiatives. One initiative is to hire 300,000 veterans by 2020. They have already hired over 217,000 veterans so far and had to reset their goal to 300,000 after surpassing their previous goal of hiring 100,000 veterans. The second initiative will be a 100M investment over the next five years in the city of Detroit to go toward neighborhoods, small business, community development, strengthening the workforce and economic growth seed. 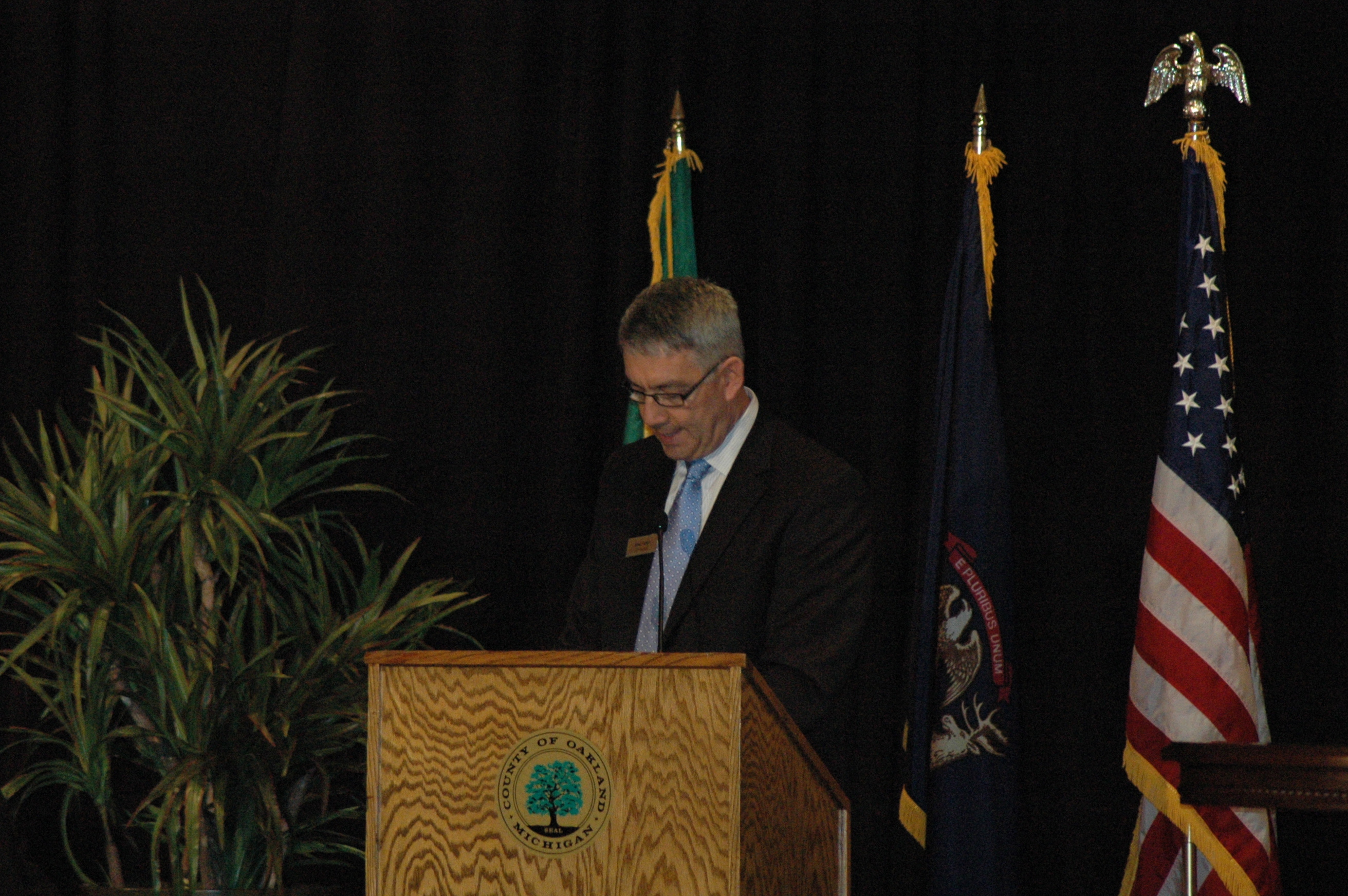 Patterson introduced Fulton and Grimes who highlighted important points in the report summary and also assessed the accuracy of the forecast that they prepared last year. Fulton predicted job growth will pick up in the next 3 years and reach 49,000 new jobs in Oakland County. He reiterated the importance of making sure that we have skilled workers that can work in higher tech and more educated industries that are increasingly growing in the country. Grimes shared that Oakland County has recovered faster than the state of Michigan through the forecast period. He also told us that the average real wage will grow 4.6% over the next 3 years. By 2017, it will be 1.2% above the previous peak in 1999. 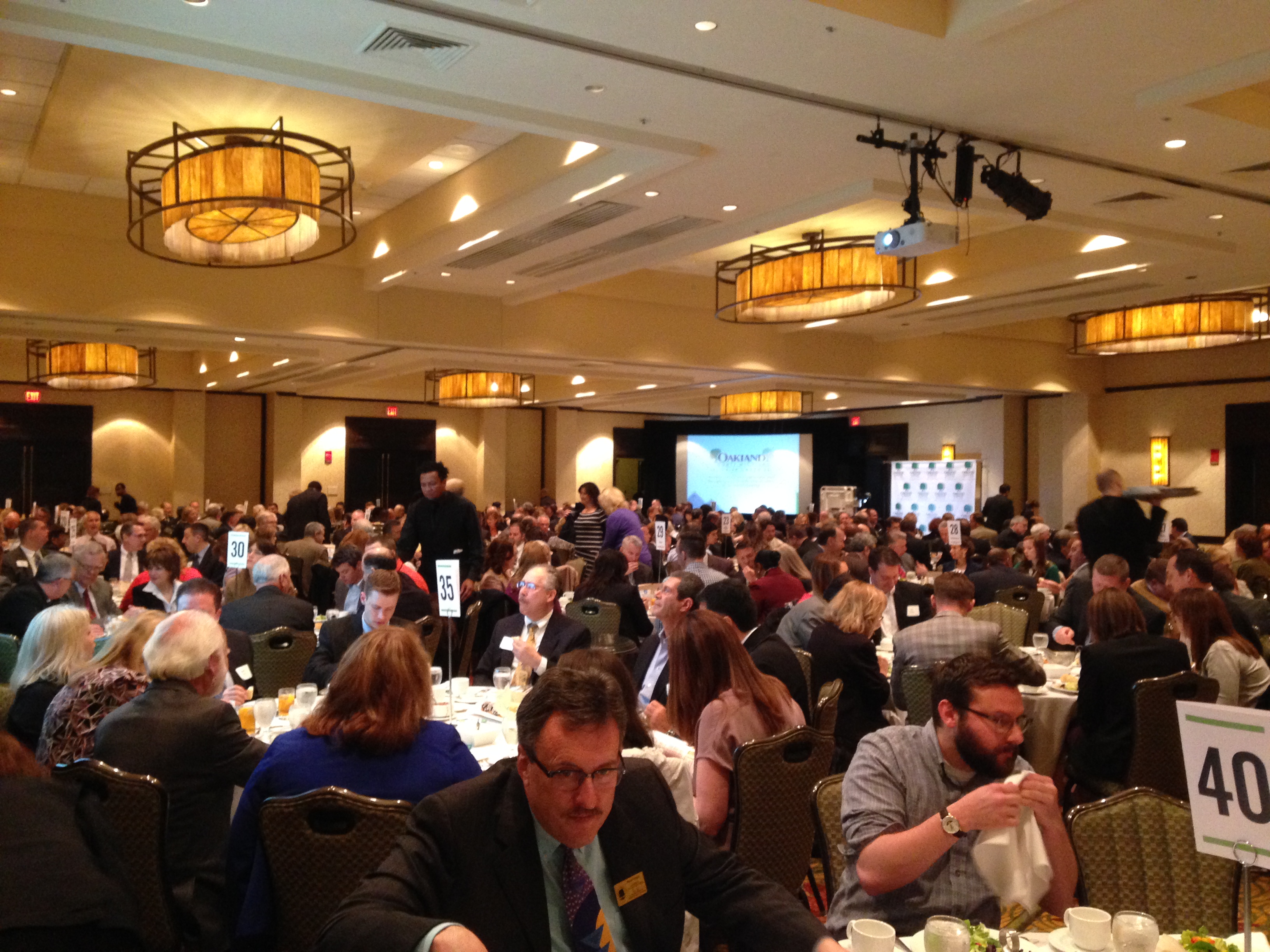 Tapsnap Detroit was also on hand at the luncheon capturing fun photo booth shots for all of the attendees. Here’s are some of our favorites: