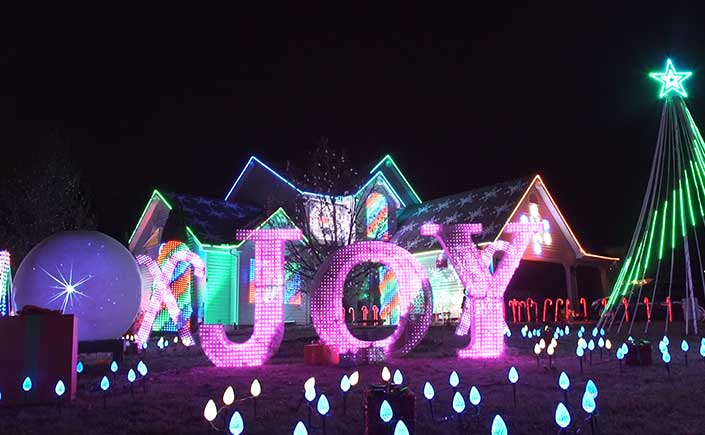 My Light Show is an animated light and sound holiday spectacular in Waterford. Located at 2651 Cherokee Hills Circle, the sensational music and light experience uses 60,000 lights that are synced to a variety of modern-day dance, pop, and holiday music broadcasted on 100.7 FM.

Take a look at our video for a preview of what you can expect, and read on to learn about Kevin and Tany Nagy, the creative masterminds behind the show, and how it all began. See the show in person now through the first weekend in January: Sunday – Thursday: 6 p.m. to 9 p.m. and Friday – Saturday: 6 p.m. to 10 p.m. Visit My Light Show on Facebook to confirm times before you go.

This year, My Light Show took 180 hours to set up, with about 30 of those hours volunteered by friends and family. Throughout the year, it takes between 500 and 700 hours to design and develop the program.

Kevin, an electrical engineer, is proud of the show’s several DIY components. The Joy sign was store-bought and reworked, by first having the original lights removed, and then being measured and mapped for new LED lights to turn it into a giant television-like experience. The same process was used for the seven-foot tall candy canes.

A new element this year is Mr. Frost, a six-foot snowball who sings the songs used in the show. Tany, an Oakland County Elite 40 class member and owner of Pulse Design Studios in Pontiac, designed an avatar for it using 3D software and then video mapped Kevin’s face to the avatar. Mrs. Frost also makes an appearance when a song calls for a female vocal. 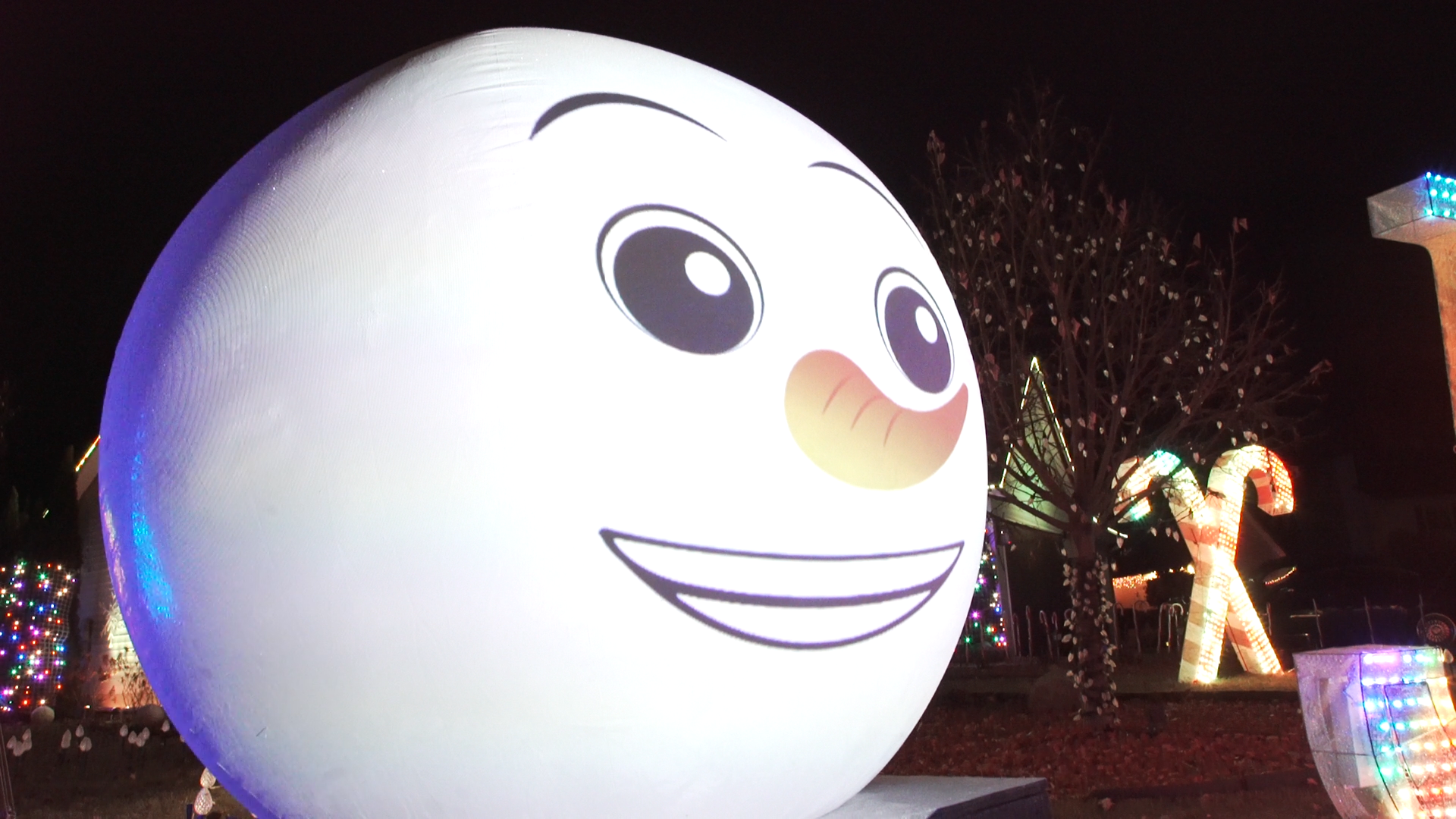 The kid-friendly show is free, but donations will go to The Michigan Humane Society (MHS). In 2012, the Nagys lost two pets that they had adopted from MHS. It left a void in their hearts that year and they made the decision to have all proceeds from the show go to MHS. Last year, they raised $6,100 and a third-party matched the donations to make it more than $12,000. Over the years, they have organically raised $22,000. Donations can be made in the cash drop box at the curb, or via PayPal to donate@mylightshow.com.

My Light Show began in 2008 when Kevin saw a Christmas display box on sale. He took the static display up a notch in 2009 and it grew from there. 2010 marked their first custom light and music show. Each year since, it has pretty much doubled with Kevin moving on to a commercial line of equipment and controllers.

The show was featured on Oakland County’s Holiday Lights Map in 2017, its inaugural year, and again this year. Kevin shared that it has allowed them to reach more people to let them know that the show exists in their own backyard.

Music for the show is broadcast on 100.7 FM using digital audio through a laptop. It also allows for a RDS data feed, which My Light Show uses to send thank you messages, as well as social media and website information. Messages scroll across car radio screens while families sit and watch, staying warm in their cars.

Go and See My Light Show

Kevin and Tany Nagy invite everyone to come by and see the joy they’re trying to give!

My Light Show gives a big shout out to their wonderful neighbors for their support throughout the years and asks that you please respect their neighbors by not blocking or turning around in driveways. Both directions on the street will lead you out of the neighborhood. The show runs through the first weekend in January. Please note specific daily times on their event page.

Learn more about My Light Show by visiting their website and following along with them on Facebook.