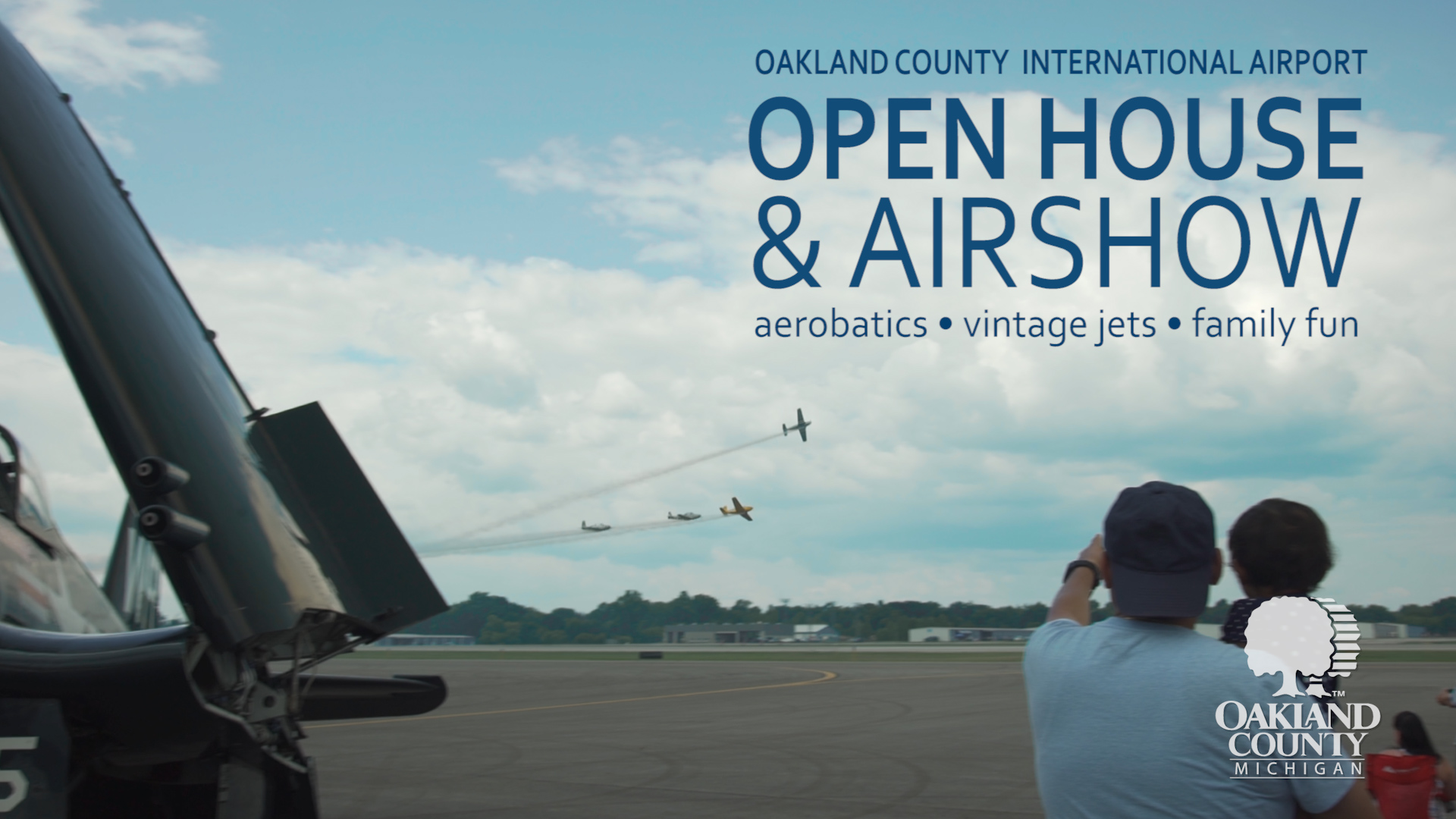 This past weekend, the 33rd Annual Oakland County International Airport Open House and Air Show was a spectacle to behold for aviation fans young and old! Thousands of attendees filled the airport grounds for a day of family fun with the crowd swelling to 20,000 people for the Air Show.

A highlight for many was the jaw-dropping 90-minute Air Show! Professional pilots took to the skies to awe the crowds with their vintage planes, death-defying aerobatic tricks, and three and four-plane formation stunts. The finale of the show was the “Homewrecker” Jet Engine Powered Ford F-450 Truck blasting flames and smoke down the runway before “launching” off at speeds of 300mph!

Watch a recap from the 2018 Oakland County International Airport Open House and Air Show below, and be sure to keep your eyes to the sky for this free annual event each summer!

Chrisitan Lambert shared on the Airport’s Facebook Page, “My favorite part was getting to see a real F4U Corsair, up close, IN PERSON!!! They are a lot bigger than I thought, and that’s saying something because I am a historian for World War II military aircraft.” 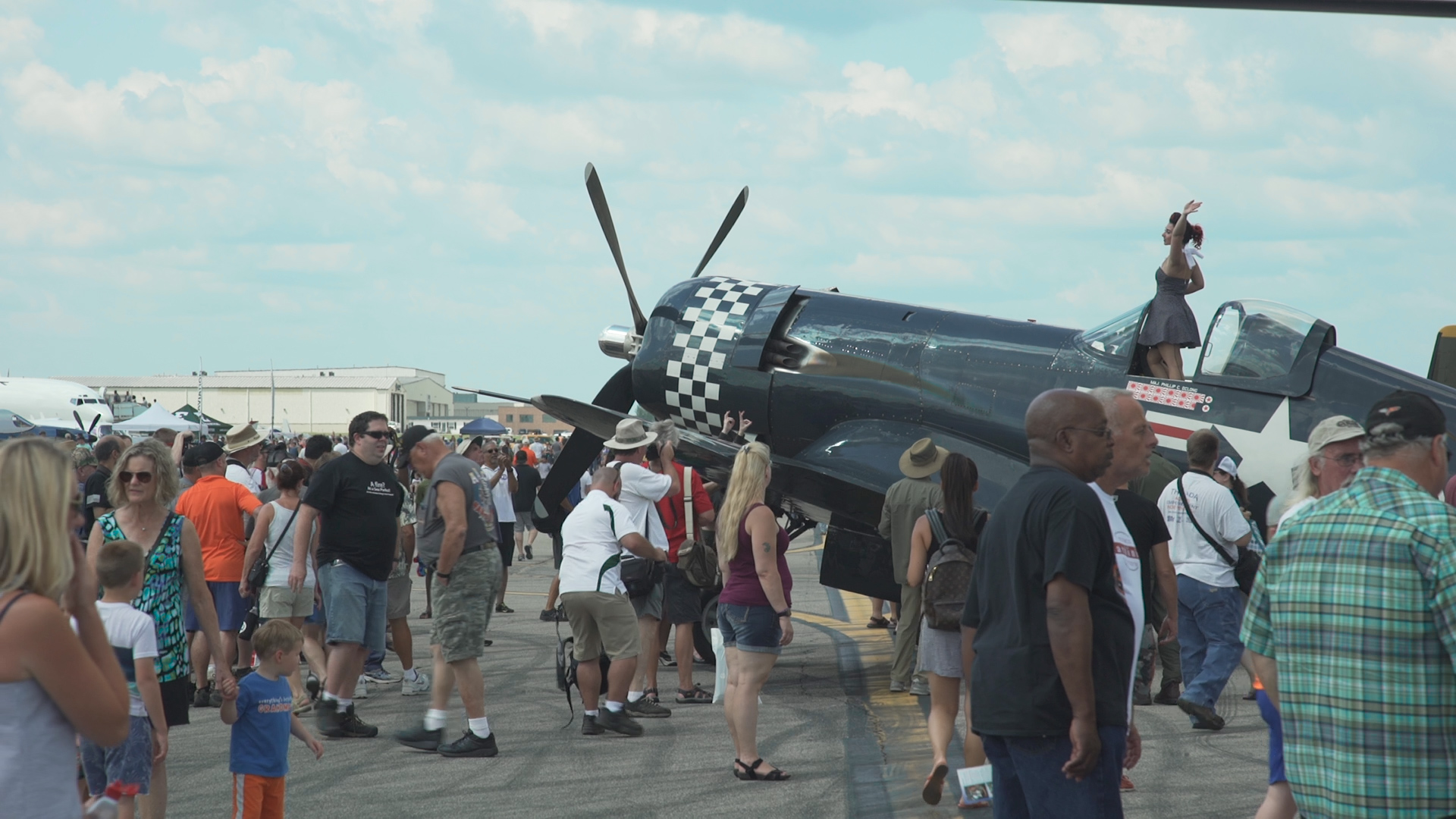 Alongside the aircraft were seven WWII trucks, as well as local emergency vehicles including the Oakland County Sheriff‘s Helicopter and Hovercraft. Plane and helicopter rides were also available for $35 before and after the air show for guests to get a birds-eye view of the airport and surrounding lakes area. 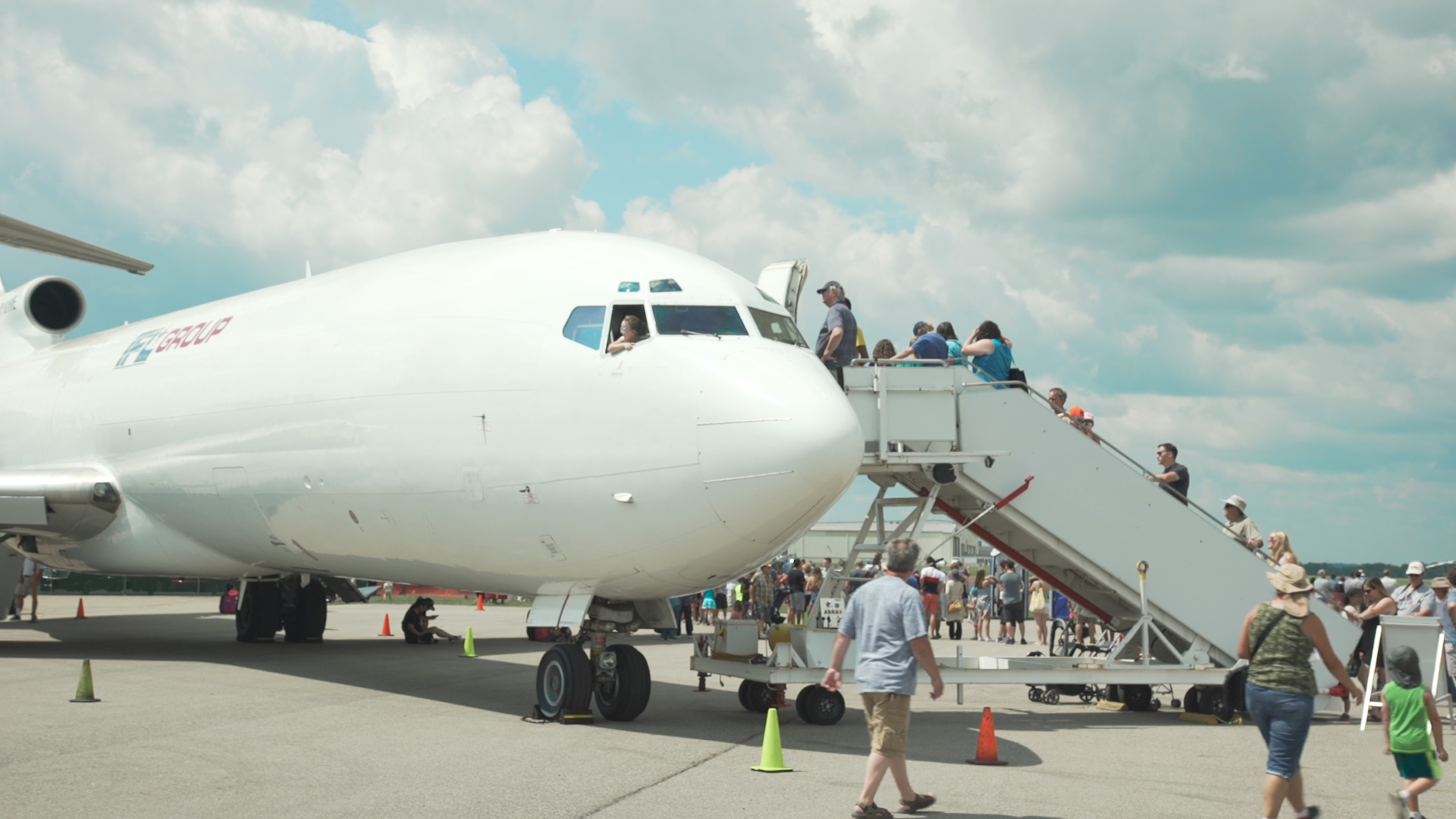 Local pilot, Jeff Borchers, summed up the event on the Airport’s Facebook Page, exclaiming his favorite part was, “Being able to participate in the great world of aviation. The crew at PTK organized and executed another great event! We met a lot of future aviators and other great people. Looking forward to being part of it again next year!!”

If you’re interested in learning more about the Airport Open House and Air Show, visit the Oakland County International Airport website, or like them on Facebook get the most up-to-date information on this and other Airport events.