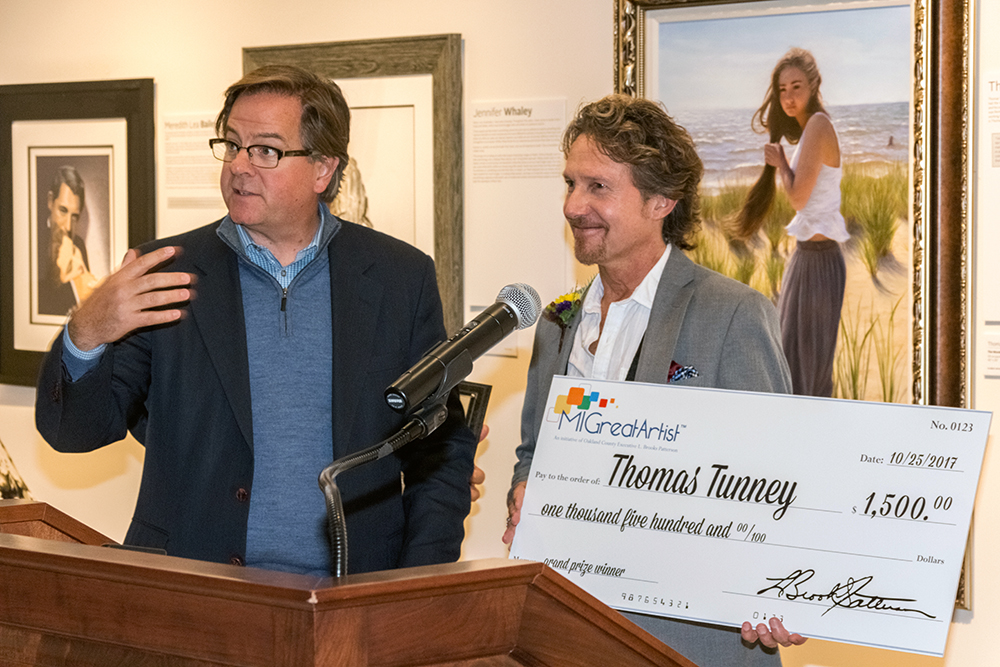 The gallery’s mood was festive as art enthusiasts from throughout Oakland County gathered to celebrate Tunney and his fellow finalists. Event focal points included a shared exhibition of artistic works by the finalists, and a solo exhibition for the 2015 MI Great Artist Ken Hershenson.

The finalists were chosen from a field of 232 artists from Oakland, Lapeer, Livingston, Macomb, St. Clair, Shiawassee and Wayne counties who entered the online competition in July in hopes their entries would catch the discerning eye of the public. After 34,000 online votes were cast during two weeks the field was whittled down in August to 20 artists. A panel of art experts selected the five finalists and ultimately chose the winner.

In his opening words, Patterson acknowledged the exponential growth in size and quality of the MI Great Artist program since its inaugural year in 2012.

“I’m amazed by the level of talent. It gets bigger every year,” Patterson said. “It’s exciting for me to see the level and the quality of the artists who reside here in Oakland County.” 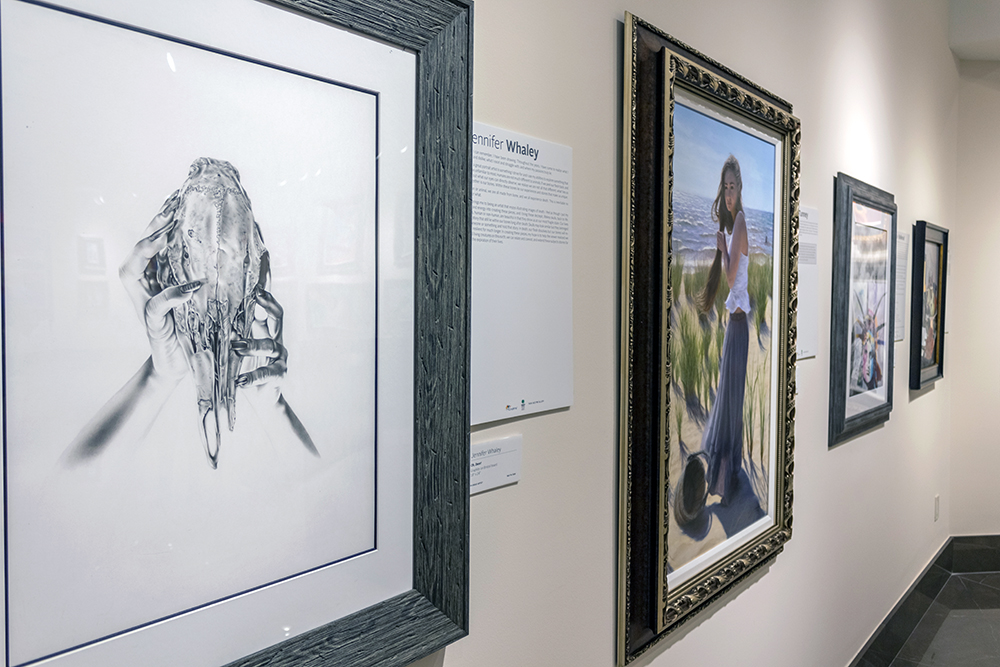 Following Patterson’s remarks, Scaglione reflected upon the cultural role of Southeast Michigan and its place in his own life. Scaglione, a New Jersey native, first moved to Michigan over four decades ago.

“To move to Michigan, for me, was the best decision I’ve ever made in my life,” he said.

“What they tell us most when companies move here is: ‘yeah it’s a great business climate, but the quality of life, the people, and the culture that’s here in Oakland County is what we really sell,’” Gibb said.

When Gibb ultimately announced Thomas Tunney as the winner, the room erupted into applause. As he took the stage, Tunney expressed surprise, excitement, and respect for his fellow finalists.

“I want to congratulate the other artists, because you all did fantastic work. As you know, art is subjective, so any one of you could have been here as well.”

Reflecting on his win later in the night, Tunney grew introspective. 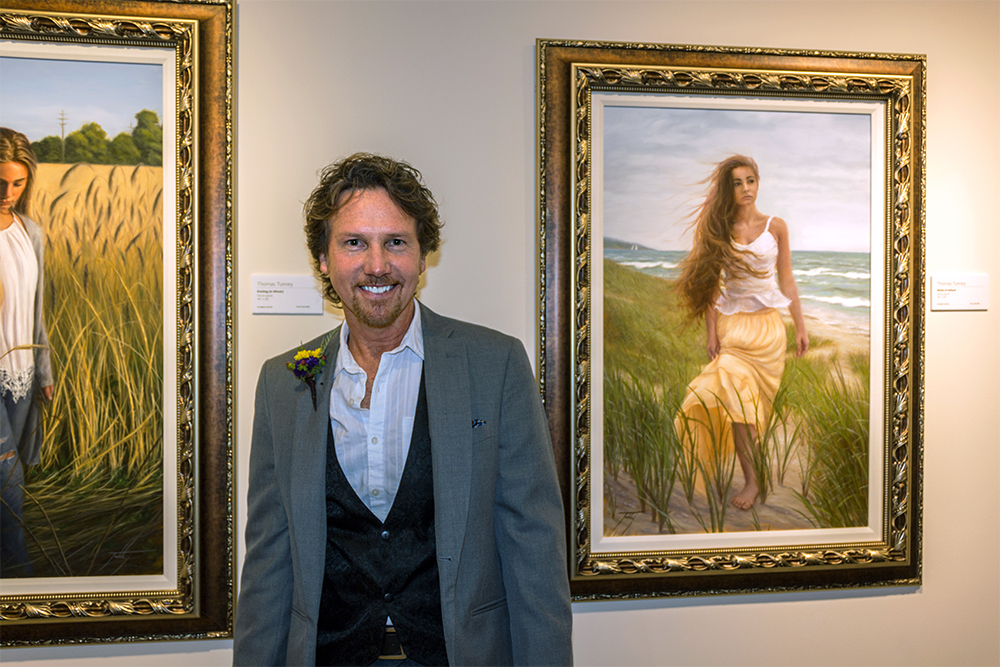 “I started thinking about all of the friends and family who’ve helped out with all of this. This is a different kind of contest, because with this the public votes, so you have to hope that the public likes your work, too,” Tunney said. “Friends and family come to the studio and they see my art, so you get some encouragement and at that point you start to anticipate that you could win some competitions.”

This year’s MI Great Artist competition marked several firsts for Tunney, who had never before entered his work in competition or displayed it publicly.

“I think last night we had a re-enactment of ‘A Star is Born,’” County Executive Patterson said. “Last night was the first time Tom Tunney has exhibited his work publicly. It won’t be the last time.”

The prize package for the finalists totaled more than $16,000 in cash and prizes. The other finalists were:

Each received a $375 cash prize, framing of five artworks by Park West Gallery, a group exhibition and a suite of business services from the Oakland County One Stop Shop Business Center.

Be sure to keep in touch with MI Great Artist year-round by visiting their website and liking them on Facebook.